Skip to the main content
DEVELOPING LEADERS OF CHARACTER 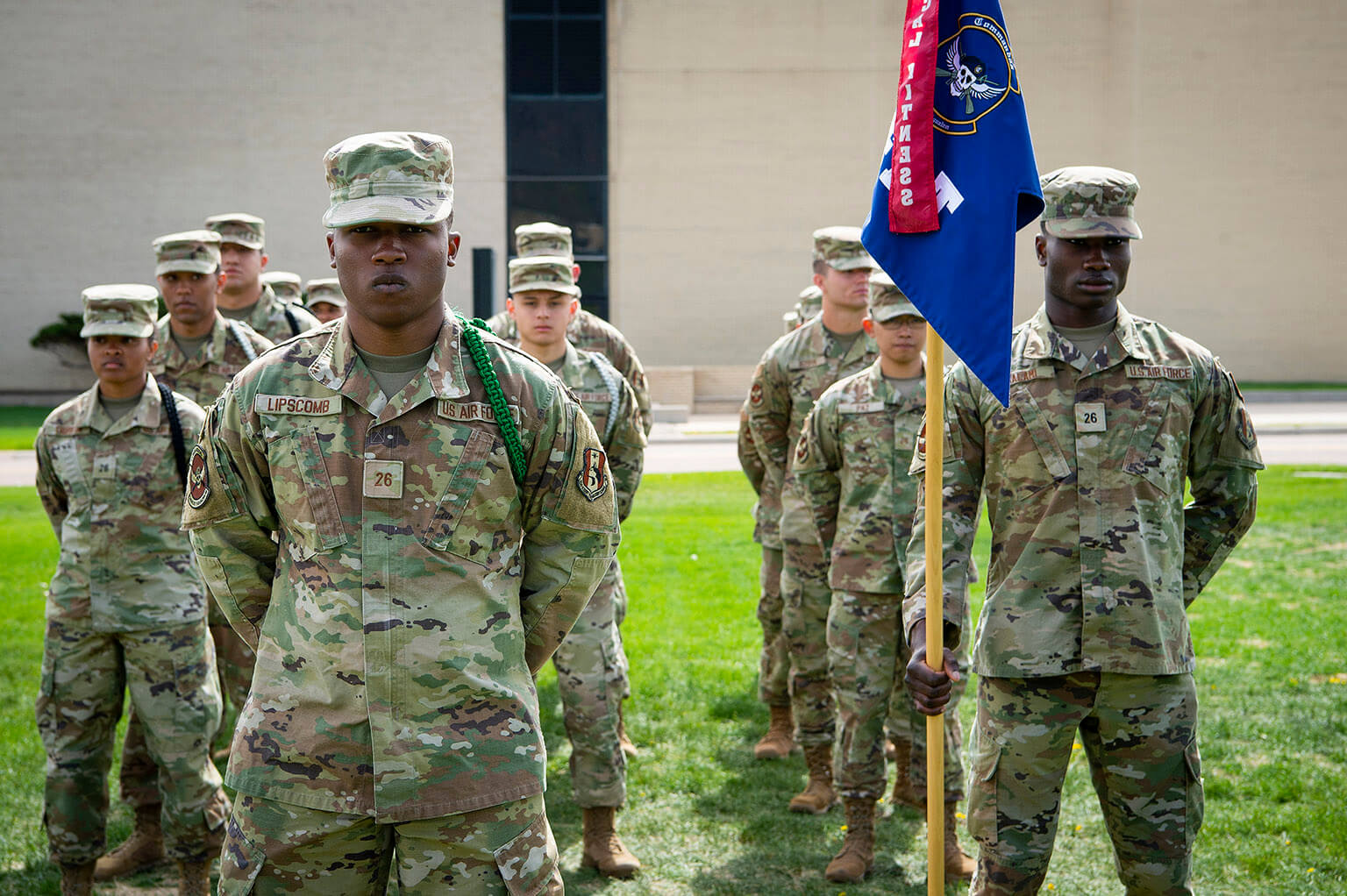 Developing outstanding character is an essential part of a U.S. Air Force Academy education. At its foundation are the U.S. Air Force Academy Honor Code and our three Air Force core values of Integrity First, Service Before Self, and Excellence In All We Do. Overall, we aim to develop leaders of character who respect the dignity of others and practice habits consistent with the Air Force core values by living honorably, lifting others, and elevating performance.

Our core values form the centerpiece of a Cadet Candidate’s ethical standards. These special standards of good conduct are inexorably tied to the military profession’s unique demand for self-discipline, stamina, courage, and selfless service to the nation.

We seek to establish an environment that fosters and attitude of respect, and more specifically, mutual respect. Mutual respect is the top-down and bottom-up respect between and for each person, not just their position.

The intent of the Prep School Character Development Program is to support the overall Prep School mission by providing honor education and character and leadership development opportunities to cadet candidates.

All cadet candidates live by the U.S. Air Force Academy Honor Code while they attend the Prep School. It is the responsibility of each cadet candidate to learn the minimum standards and adhere to them, but the ideal is to go beyond those minimums and to live honorably.

The Honor Code and Oath

We will not lie, steal, or cheat, nor tolerate among us anyone who does. Furthermore, I resolve to do my duty, and to live honorably, (so help me God).

The words “so help me God” in parentheses indicate that these words are optional to respect all faiths or non-faith.

During Basic Military Training (BMT) prior to taking the Honor Oath, cadet candidates learn about the Honor Code and its elements. In total, BMT honor training requires approximately 10 hours of interactive classroom time. Honor lessons are conducted with the help of many U.S. Air Force Academy Prep School staff members from across all mission elements, who facilitate rich discussion around these topics.

Character development is embraced by all Prep School staff members, and opportunities to “teach character” come in many forms. Instructors, coaches, military training leaders, and all members of staff take an active role in delving into conversations about character, moral dilemmas they have faced, or simply exemplify the kind of behavior we expect of our cadet candidates. During the academic year, honor education touchpoints are incorporated into the military training plan, along workshops focused on what it means to be a Leader of Character, and sessions to develop skills for building healthy relationships, and personal resiliency. These lessons/workshops  are typically conducted once or twice per month during training time (60-90 minutes), or on training days (longer blocks).

Some lessons are designed to address recurring topics which typically surface every year, as cadet candidates begin to deal with challenges associated with academics and dorm life (such as ensuring proper academic documentation, communication techniques, etc.).

Other topics are incorporated as-needed, based on the current issues and challenges, or one-time opportunities. Cadet candidate Character Officers help determine topics and needs for the current class, and gain leadership experience by developing lesson plans, and facilitating the lessons themselves. Other sessions may include guest speakers invited to speak to the class on specific topics or experiences, or current Academy cadets who mentor cadet candidates and answer questions about life at the Academy.

In the spring, cadet candidates have the opportunity to attend the annual National Character and Leadership Symposium and learn leadership lessons from distinguished scholars, world-class athletes, corporate executives, and military personnel with diverse backgrounds and experiences, broadening the perspectives of our cadet candidates and our community.

In January each Prep School class honors a past leader of character whose life and career epitomize integrity, service, excellence, and the character traits they wish to exemplify. The Exemplar Program formally celebrates the individual chosen by the class and memorializes the class’ affiliation as they journey to becoming leaders of character. Plaques are placed on permanent display on the Exemplar Wall, showcased in the dining facility.

The honor system is the means by which cadet candidates are held accountable for living by the Honor Code. If an honor violation is suspected, it is addressed using the following process:

Act and Intent are the two elements which must be present for an honor violation to exist. Act is the outer behavior (or failure to act); intent is the mindset regarding the act. An honor violation is confirmed in one of two ways:

1) The cadet candidate admits that they violated the honor code

2) The AOC reviews the evidence and determines that the cadet candidate committed a violation.

Character and leadership development is a foundational, all-encompassing part of the Prep School experience. For the duration of the school year, cadet candidates can expect to see various character and leadership development programs in every aspect of life, with the ultimate goal of imbuing them with the inner desire to develop themselves and others as leaders of character who live honorably, lift others, and elevate performance.