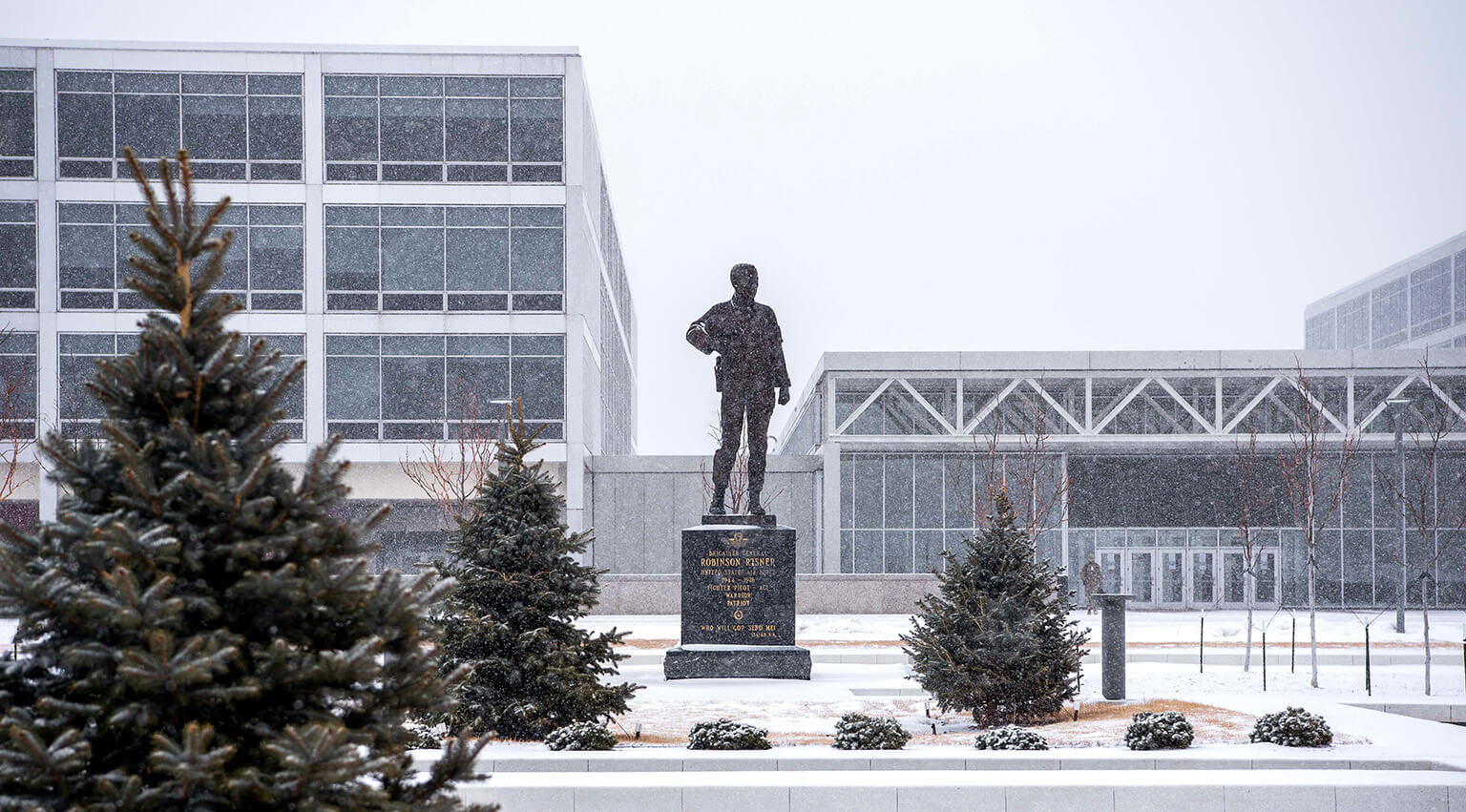 The U.S. Air Force Academy currently has six 501(c)(3) supporting foundations. These are non-profit entities that directly support the Academy.

The AOG is the alumni association for the U.S. Air Force Academy.

Parents can become members of the AOG while their son or daughter is a cadet. Each member whether a graduate, parent, or friend of the Academy helps maintain and expand current programs as well as develop new ones.

Parents will find it important to connect with their local graduate chapter. Chapter members offer experience insight necessary to support cadets and their families as they navigate the Academy experience.

Ways to connect include:

In some cases, when cadets engage in organized travel for academic, athletic, or recreational purposes, the organizer will reach out to the graduate chapter in the destination area to provide meals, lodging, or opportunities for social functions. Being connected to the graduate chapter will allow you to be part of these types of communications and planning.

Each fall parents may receive a call from the Air Force Academy Foundation or a third-party company for the Foundation and are asked to become Sabre Society-level donors to the AFAF Fund. Over the last three years, parents have contributed more than $2.5 million to the AFAF Fund. The AFAF Fund is an annual, unrestricted fund that enables the AFAF and the AOG to fulfill their missions in support of the Academy. The primary purpose of the AFAF Fund is to provide private, unrestricted funds in support of a variety of Cadet and graduate programs, capital projects and key Academy priorities as identified by the Superintendent.

It’s an honor to have a son, daughter or relative serving as a cadet at the Academy. It is that pride in family and devotion to service that prompts many to ask, “what can I do to help support my cadet and the U.S. Air Force Academy?”

The Parent and Family Giving program was established by the AFAF to help you play a transformative role in the success of your cadet through active volunteerism and philanthropy.  Serving through an office on the grounds of the Academy, the program has an inside view of administrative priorities, campus activities and the day-to-day lives of the cadets.

Get involved. Stay engaged. The Parent and Family Giving program can help you connect with other Academy parents, get involved in Academy events and act as an ambassador for the Academy and Cadets.

Target your interests. Giving by parents and families has always played an important role in enhancing the margin of excellence at the Academy. When you give to the Parents and Family Fund, you are able to support several Academy initiatives, including:

The RANDO Fund is named in honor of C1C Dennis P. Rando, one of several cadets in the 1990s who perished before graduating. When an honor guard of his classmates had to pay travel expenses to his memorial service from their own pockets, a group of Massachusetts parents founded the RANDO Fund.

Since 1997, the RANDO Fund has raised private support to provide the means for cadets travel to represent the U.S. Air Force Academy at services of their fallen comrades. In 2012 the AFAF assumed the collection and management of such gifts, with no charge to the RANDO Fund mission. This fund is also used for cadets in need of financial assistance for other reasons.

To make a tax-deductible donation to the RANDO Fund:

For credit card donations, go to the AFAF’s RANDO Fund.  You may also send a check made payable to the AFAF with “RANDO Fund” printed on the check memo line to the address below.

Note:  Please be sure to include a note indicating the RANDO Fund as the intended recipient of your donation, along with your or your organization’s name and address. This will enable the Foundation to send a letter of acknowledgment and ensure that your donation goes to the RANDO Fund.

AFAAC assists the U.S. Air Force Academy in the development, funding, operation, and management of its athletic program. It directly supports the Academy’s athletic department’s mission to build future Air Force and Space Force leaders of character by providing a realistic leadership experience in a mentally and physically challenging environment.

We do this by raising funds through admission tickets, concession items, and apparel sales, licensing trademarks, commercial sponsorships and partnerships, and traditional fundraising activities.

Formerly known as the Air Force Academy Research and Development Institute, the Academic Excellence Foundation provides the institution with endowed chairs. These are teaching positions usually filled by senior professors visiting from other schools and paid for by an endowment — an invested donation.

The Friends of the Air Force Academy Library

The Friends of the Air Force Academy Library was incorporated in February 1987 as a 501(c)(3) organization. The principal aim of The Friends is to enhance the quality of the McDermott Library as an educational, research, scientific, and cultural institution. Ultimately, The Friends help the Library grow in stature, thereby strengthening the Academy’s performance of its mission.

Initially formed under the guidance of three former Superintendents of the Academy, The Friends continue to rely on the leadership of former Academy senior staff members to meet its goals. The Directors of The Friends include former Superintendents and a number of distinguished Air Force officers and community leaders. Three advisors represent the Air Force Academy Faculty, the Association of Graduates, and the Director of the U.S. Air Force Academy Library.

From the beginning, The Friends worked with the Clark Special Collections Branch to acquire and preserve unique original historical collections of personal papers including records, diaries and photographs that are of special significance to the mission and history of the Air Force and the Academy. The Friends have also received gifts of rare books and artwork, memorabilia, films and electronic media dealing with aeronautical and airpower themes.

The Falcon Foundation’s purpose is to provide scholarships to College or Preparatory Schools for motivated young people seeking admission to the U.S. Air Force Academy and a career in the Air Force or Space Force.

The Falcon Foundation recognized that many deserving young people, with outstanding potential for an Academy education and a desire for career as an Airman or Guardian, need additional academic preparation prior to cadet appointment. The competition for an Academy appointment is intense and those who have not had the best educational opportunities may need to prepare more thoroughly to compete for admission. The Falcon Foundation endeavors to meet this need within its means through its sustaining program of annual scholarship grants.