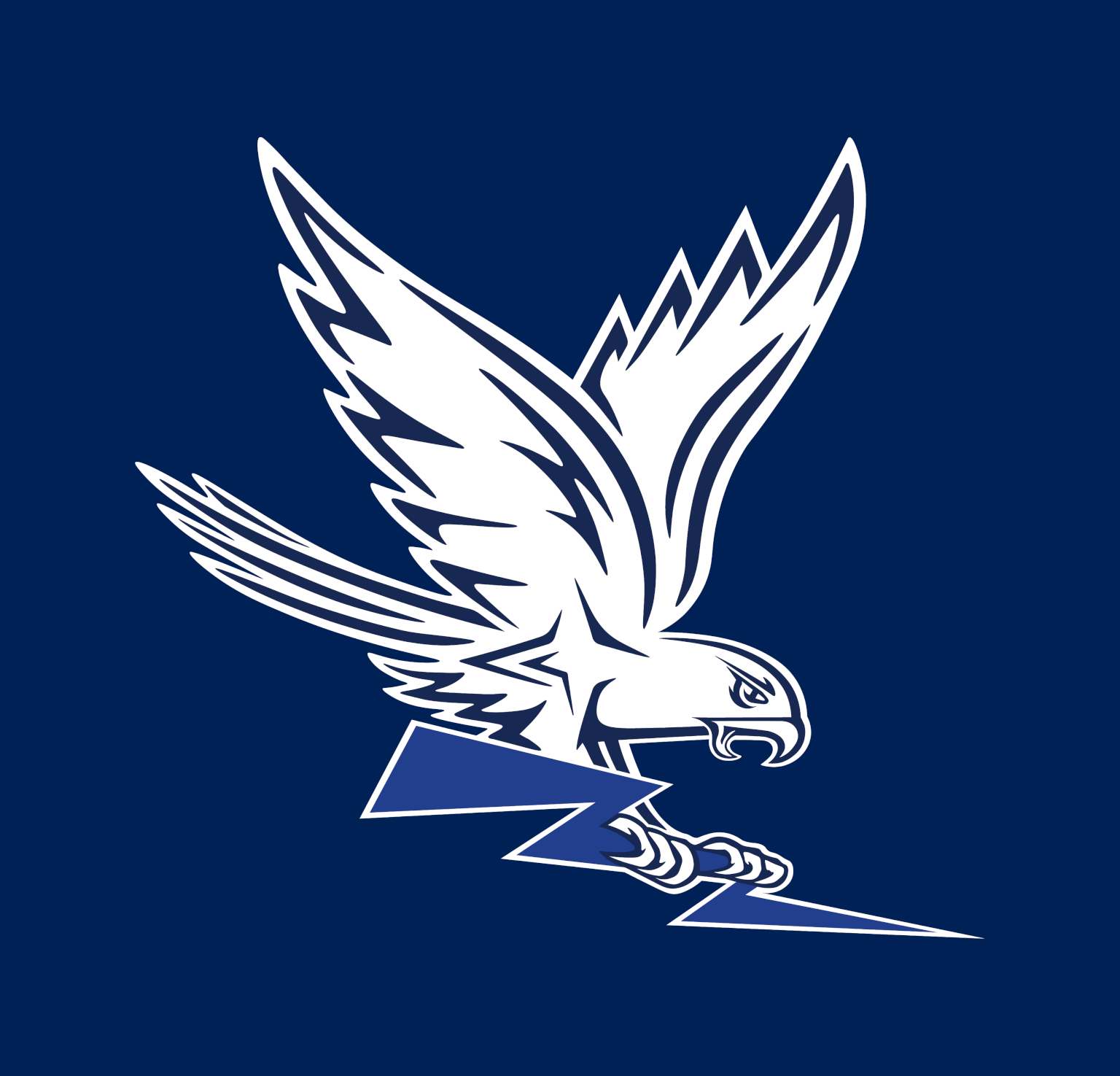 The first graduating class of the U.S. Air Force Academy, the Class of 1959, selected the majestic Falcon as the Cadet Wing’s official mascot on September 25, 1955. No particular falcon species was identified. As such, the cadet Falconry team currently cares for a variety of live Falcon mascots, ranging from the small and speedy American kestrel to the large and commanding Gryrfalcon.

The mighty Falcon is known for its speed, power, courage, and agility, all noble characteristics that cadets and future Airmen and Guardians should strive to embody. Although the Falcon symbol has evolved throughout the decades, it continues to represent the Academy’s spirit of service and excellence.

The newest Falcon symbol, released in June of 2022, expresses a commitment to develop leaders of character for the Air Force and Space Force. Created in collaboration with current cadets and alumni, this Falcon spirit mark connects us to our great heritage of warriors while building towards a future defined by new challenges and undiscovered domains. The logo does not replace the AF symbol as the U.S. Air Force Academy’s primary logo. It serves as our official expression of spirit and should only be used for esprit de corps purposes. This symbol contains several integrated meanings.

The V-shaped wings emphasize our swiftness and power, and mirror the Air Force Symbol.

At the heart of the falcon is the Polaris Star, which represents our guiding moral compass as we develop leaders of character and also alludes to the Space Force’s historic Delta Symbol.

The tips of the right wing represent the iconic architecture of the Cadet Chapel with spires that reach to the sky, inspiring Airmen to Aim High and inspiring Guardians of the Space Force motto, “Semper Supra,” Latin for, “Always Above”.