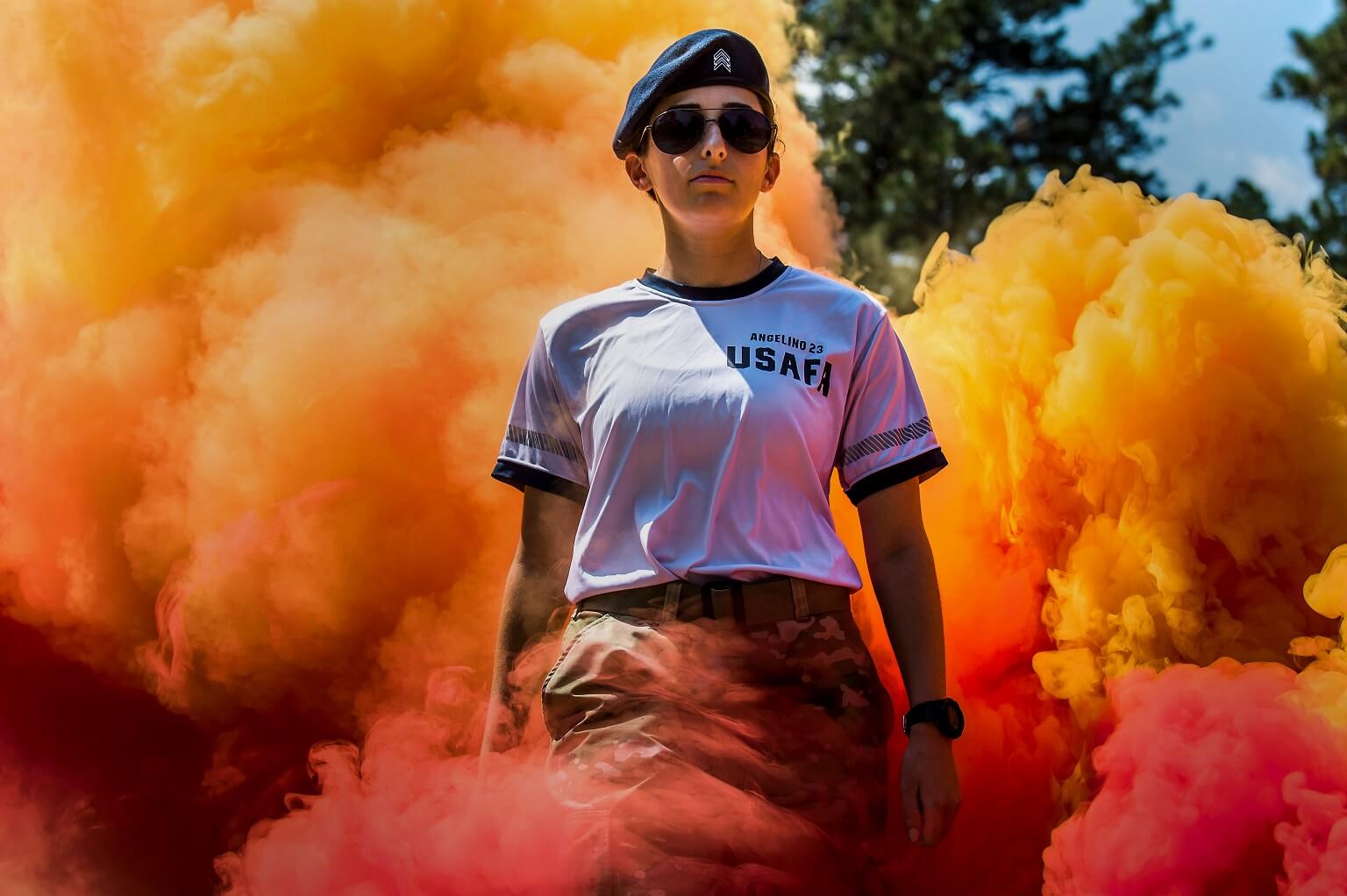 The first of many challenges at the U.S. Air Force Academy is Basic Cadet Training (BCT). This is a six-week indoctrination program to guide the transformation of new cadets, also known as Basic Cadets, from being civilians to military academy cadets prepared to enter a four-year officer commissioning program. With a commitment to pushing physical, emotional and mental limits, Basic Cadets will develop into highly disciplined, physically fit fourth-class cadets (freshman), ready to be accepted into the Cadet Wing. Basic Cadet Training is split into two distinct phases:

First BCT takes place in the cadet area under the instruction of upper-class cadets, focusing on the transition from civilian to military life. Military customs and courtesies, the cadet Honor Code, Air Force heritage and room inspections may be new areas of study for most, but all cadets are tested on their knowledge and must demonstrate proficiency in drill, rifle-manual competitions and parades. During Field Day, squadrons compete against each other in events to test teamwork, such as distance races, log relays and tug-of-war. These activities, when combined with daily physical conditioning, prepare cadets to tackle the physical and mental demands of the second phase of BCT, the academic year and ultimately, life in the Air Force.

Second BCT expands upon the military and physical preparation of First BCT, taking cadets to Jacks Valley, a 3,300-acre rural training area on Academy grounds. Cadets march to and from Jacks Valley, where activities push their physical limits to build self-confidence and teamwork skills. Second BCT also introduces cadets to small-unit tactics and firearms. It concludes with the Acceptance Parade, marking the transition into the academic year and acceptance of new fourth-class cadets into the Cadet Wing. In a ceremony associated with the parade, the newly minted fourth-class cadets culminate the intensive BCT core values, honor, ethics and human relations training by taking the Academy’s Honor Code Oath and pledging to live by its principles. It’s the end of a rigorous six weeks, but only the beginning of the new and different challenges that each succeeding year at the Academy will bring.