Be prepared to address the complex engineering and management challenges presented by modern systems design, development and operation.

The Systems Engineering program was developed to meet the Air Force’s stated need for officers who are prepared to address the complex engineering and management challenges presented by modern systems design, development and operation.

The SE program spans several departments and academic divisions as one of only a few interdepartmental programs at the United States Air Force Academy. The following departments provide faculty, curriculum and other resources to the program:

Even as one of the Academy’s youngest academic programs, SE attracts top students that strive to balance the hardware, software and human challenges of modern complex engineering systems. The curriculum balances preparation for these challenges and our SE’s continue to garner high praise in their engineering capstone design projects for effectively leading highly technical systems design efforts.

In addition to developing the declared SE majors, the SE program continues to develop the systems thinking of all Academy graduates in research, welcome enrollment in its fundamental SE courses for all cadets, and an eye to the future of developing our graduates for their role in a highly technical Air Force.

Systems Engineering Committee and Board

The program is staffed with a few dedicated faculty positions, but also leverages two horizontal bodies, the SE Committee and the SE Board. Dedicated faculty positions include the Program Director, their Deputy Director, and Civilian and endowed Chairs as assigned. The SE Committee is comprised of working level faculty from each of the participating departments listed above. The SE Committee performs many of the functions typically found in traditional program departments in a distributed fashion. The SE Board is comprised of the Department Heads of each of the participating departments and acts as an advisory board to the Program Director.

The Systems Engineering major is accredited by the Engineering Accreditation Commission of ABET, www.abet.org.

Department News News From Around The Department

By Ashley D. Murphy, Strategic Communications U.S. Air Force Academy – As part of a continuing summer research program project, two Systems Engineering cadets are partnering with a major non-profit organization by developing cyber security for projects in the development phase; and they’re doing it all virtually. Cadet 1st Class Brynn Feighery and Cadet 1st Class Ryyan Reule have been partnering with other MITRE Corporation interns under a cooperative research and development agreement (CRADA) since May, providing Systems-Theoretic Process Analysis approach to identify and analyze potential security hazards. This allows the cadet team to better understand and elicit requirements necessary... 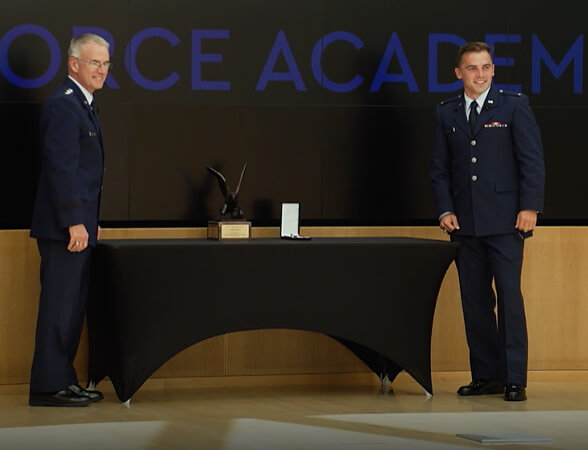 United launch Alliance, May 18, 2020 CAPE CANAVERAL AIR FORCE STATION, Colo. -- A United Launch Alliance Atlas V 501 rocket carrying the USSF-7 mission for the U.S. Space Force lifted off from Cape Canaveral May 17. This marks the 84th successful launch of an Atlas V rocket, 139th launch for ULA, the second launch for the U.S. Space Force and sixth flight of the X-37B Orbital Test Vehicle or “OTV-6.” “The success of this mission resulted from collaboration with our customer while working through challenging, and ever changing, health and safety conditions,” said Gary Wentz, ULA vice president of government... 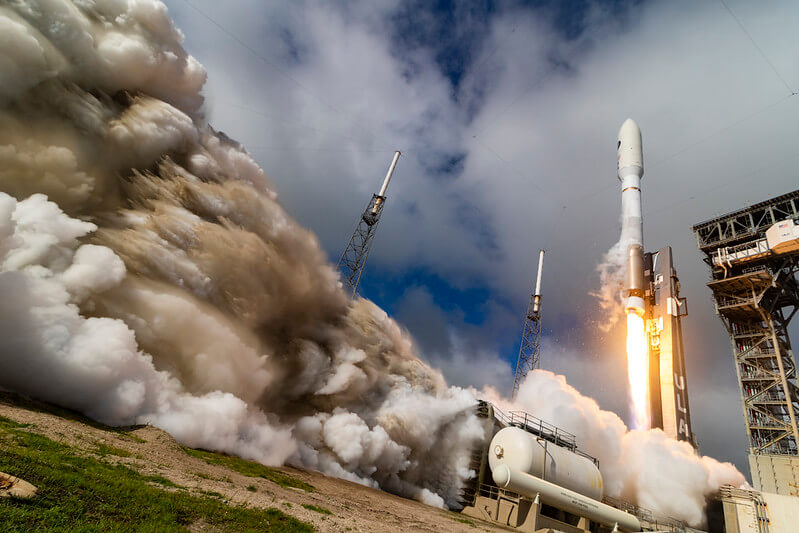