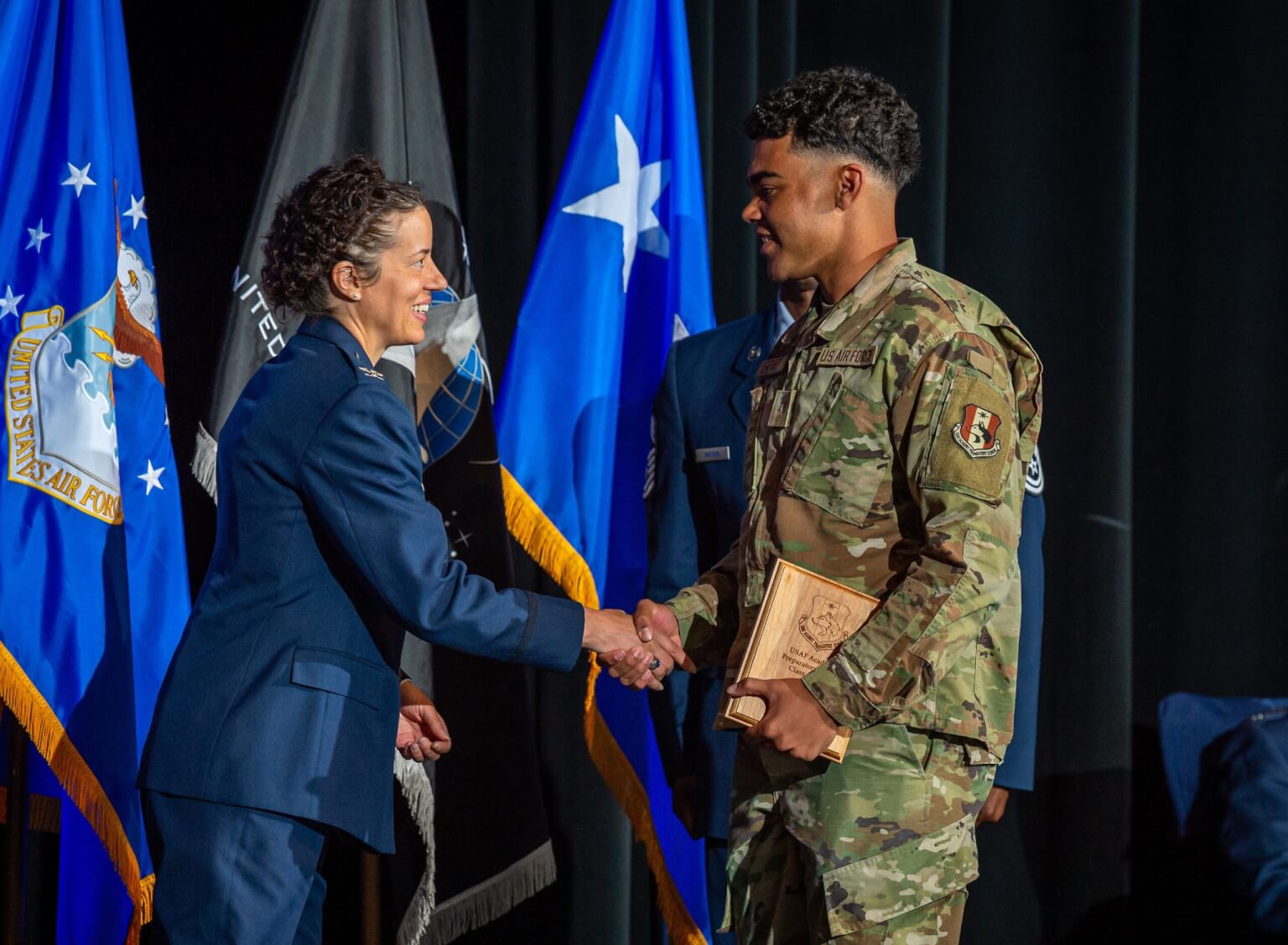 “It wasn’t easy, but it’s not meant to be.” Youderian said. “You only experience growth when you are challenged; when you get outside of your comfort zone and have others pushing you to be better.”

Cadet 1st Class Zachary Phillips, a former Prep School student and top prior preppie cadet in the Academy’s Class of 2022, shared his wisdom on overcoming the challenges Cadets face.

Lt. Gen. Richard Clark, the Academy’s superintendent, laid out his intentions to the 169 cadet-candidates who received an appointment to the Academy and will join the class of 2026.

“Being a leader of character is a journey, it’s not a destination. And on that journey, there are some key traits that we must demonstrate.” Clark said. “A leader of character embodies our core values of integrity first; by living honorably every day, even when nobody’s looking. We embody service before self; by lifting others to be their best possible selves. And we must embody excellence in all we do; by elevating performance towards a common and noble purpose.”

The Prep School was established in 1961 and offers a select group of cadet-candidates a pathway to be admitted to the Academy.