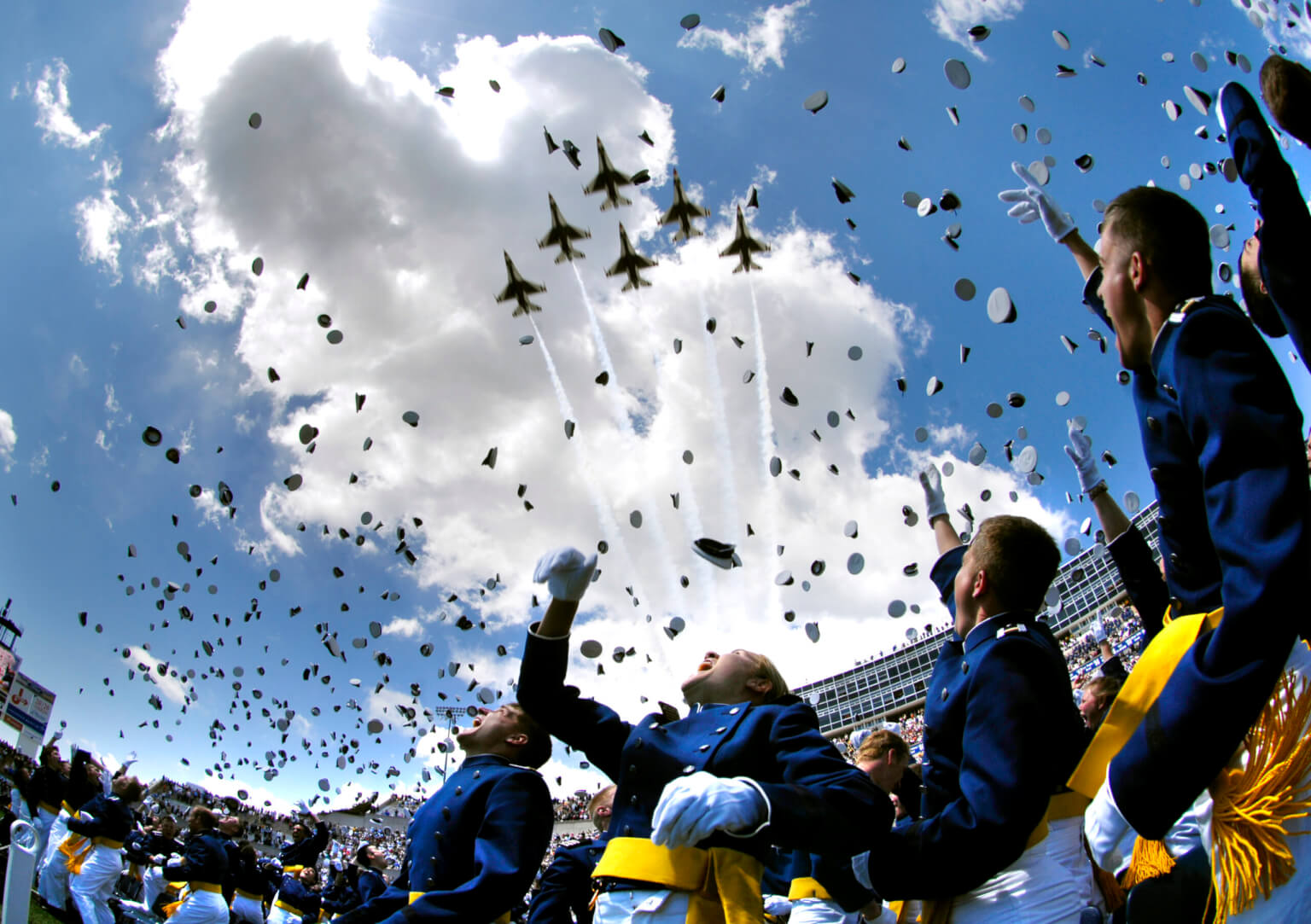 U.S. AIR FORCE ACADEMY, Colo. – This week, nearly 1,000 cadets will graduate from the U.S. Air Force Academy and receive their commissions as newly minted second lieutenants in the Air Force and Space Force. It’s always an exciting time as friends and family members from around the world come together at our Academy to witness this culminating event, and it’s equally thrilling for the faculty and staff who get to celebrate with our newest batch of officers. For the third consecutive year, we witness the commissioning of both Airmen and Guardians and to see both the gold and platinum sashes walk across the stage is absolutely stirring.

In all, 94 of these new officers will commission into the Space Force, a service that did not exist when they arrived at the Academy four short years ago. The teamwork and fellowship between the Academy and the Space Force has been tremendous to behold and has what allowed us to develop leaders prepared to lead in both of our services.

From its inception, Space Force leaders understood the Academy would be the perfect place, the obvious choice, to generate the next generation of intellectual Guardians with its two space majors, a space warfighting minor, and 29 space course offerings spanning all academic departments. Together, we’ve developed programs to motivate, inform, influence and perhaps most importantly, inspire cadets’ interest in a career related to space.

Here are just a few accomplishments of our Academy-Space Force team:

— We’ve established summer programs, including the Azimuth Guardianship Program and Ops Space Force, to encourage cadets to apply for selection into the Space Force

— Numerous cadets receiving their diplomas this week took part in the astronautics department capstone project to analyze and test the two current FalconSAT satellites and developed the next FalconSatX Even more of our graduates were members of the cadet space operations squadron, where cadets and their faculty control the entire FalconSat Constellation.

— We’ve also formed other cadet space organizations to enhance the academic experience and esprit de corps of cadets interested in space; the i5 squadron where cadets are educated on all facets of the space domain, have now expanded their reach to 27 AFROTC detachments to spread space education and awareness to ALL future Airmen and Guardians ; the cadet rocketry club, Blue Horizons, which shot Academy Superintendent Gen. Richard Clark’s hat more than 100,000 feet into the stratosphere earlier this year and continues to attract space-minded cadets to the world of rockets.

The 300-plus cadets involved in these organizations proves there is more than ample interest in space at the Academy. I should also mention the visits from distinguished and innovative thinkers in the space field who have spent time with cadets, including SpaceX founder Elon Musk; Col. Michael Hopkins, the first Space Force astronaut; and a presentation of second lieutenant bars flown in space aboard the Inspiration 4 capsule commanded by commercial astronaut Jared Isaacman.

Finally, a Space Force detachment subordinate to Space Training and Readiness Command was established at the Academy last November. I’m very proud to be the detachment’s first commander overseeing the selection of Guardian officers and integrating the Space Force across the Academy. It’s been nothing short of an amazing experience to witness the incredible advances these cadets make every day in the space area.

With the class of ‘22 graduation, I’m reminded of the growth of the Space Force and the Academy’s role in shoring up this still-new service and our partnership. Today, there are nearly 8,000 Guardian officers and those 100 new Space Force officers commissioned this week represent about 10 percent of this year’s graduating class. Ten percent might not seem an impressive figure at first glance, but when you consider that it accounts for 37 percent of the overall number of officer accessions for the Space Force across all commissioning sources, it’s hard not to argue that the Academy is nothing less than the premier undergraduate commissioning source for space education. These figures solidify the Academy as the Space Force’s academy, too.

These 100 new Guardians found their passion for space and for a career of service through the opportunities they discovered at the Academy. I’m certain history will shine on the accomplishments and innovation of these new Guardians and we could be witnessing the commissioning of one of our future  Gen. Henry “Hap” Arnold, Gen. William “Billy Mitchell and/or Gen. Carl Spaatz of our Space Force. The sky is no longer the limit for these young men and women and I’m more than excited and eager to see where the Academy-Space Force partnerships takes us in the future. Congratulations, class of ’22!