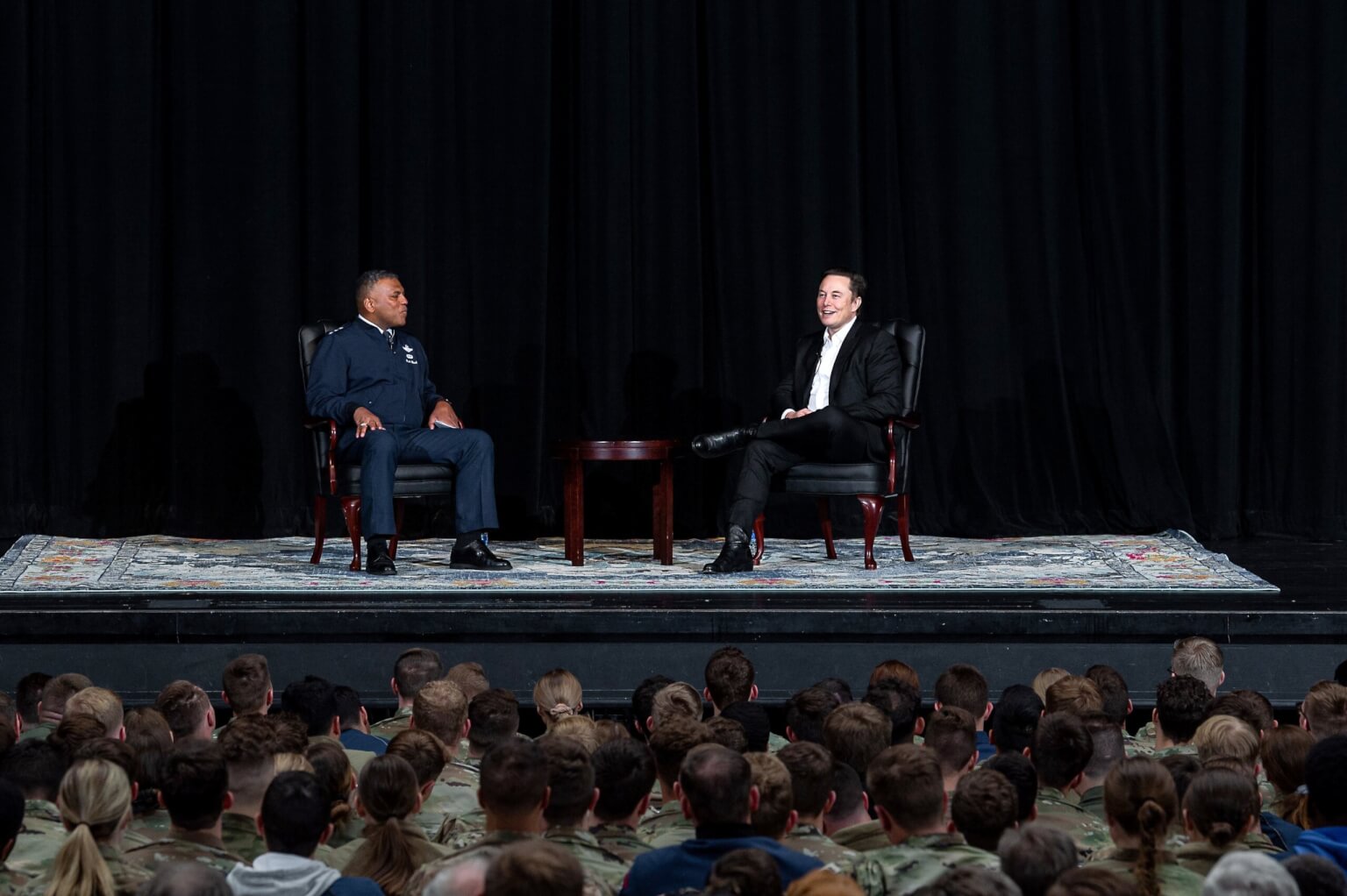 “We want to take the fiction out of science fiction,” Musk told throngs of cadets during his April 7 stopover at the school as featured speaker for the Ira C. Eaker Lecture, named to honor U.S. Army Air Force General Eaker’s contributions to national defense.

Musk encouraged cadets to fight the discouragement researchers encounter and concentrate on their successes.

“Prototypes are easy, production is hard,” he said. “There’s an asymmetry in the way we remember things – we remember mistakes more than successes.”

Space exploration, Musk said, hinges on the development of spacecraft able to regularly travel to and from space.

“A fully and rapidly reusable orbital vehicle is the absolute game changer,” he said.  “It’s the difference between humanity being a true space-faring civilization or not.”

Senior cadet Thomas McClean, an astronautical engineering major, said Musk’s comments on balancing fear of failure with desire for innovation is a challenge for all cadet researchers.

“It’s certainly an area we can improve on, just in terms of finding new ways to innovate and remove processes that don’t make sense,” he said.

Several satellites and other technology designed and built at the Academy has traveled to space aboard SpaceX rockets. Musk told cadets Defense Department and commercial space research are united in solving problems associated with space exploration, including cost barriers and the nearly 30,000 pieces of space debris threatening spacecraft. He urged cadets to curb their hesitation and set their research sights on commonplace space travel.

“When rocket launches get boring, that’s success,” he said. 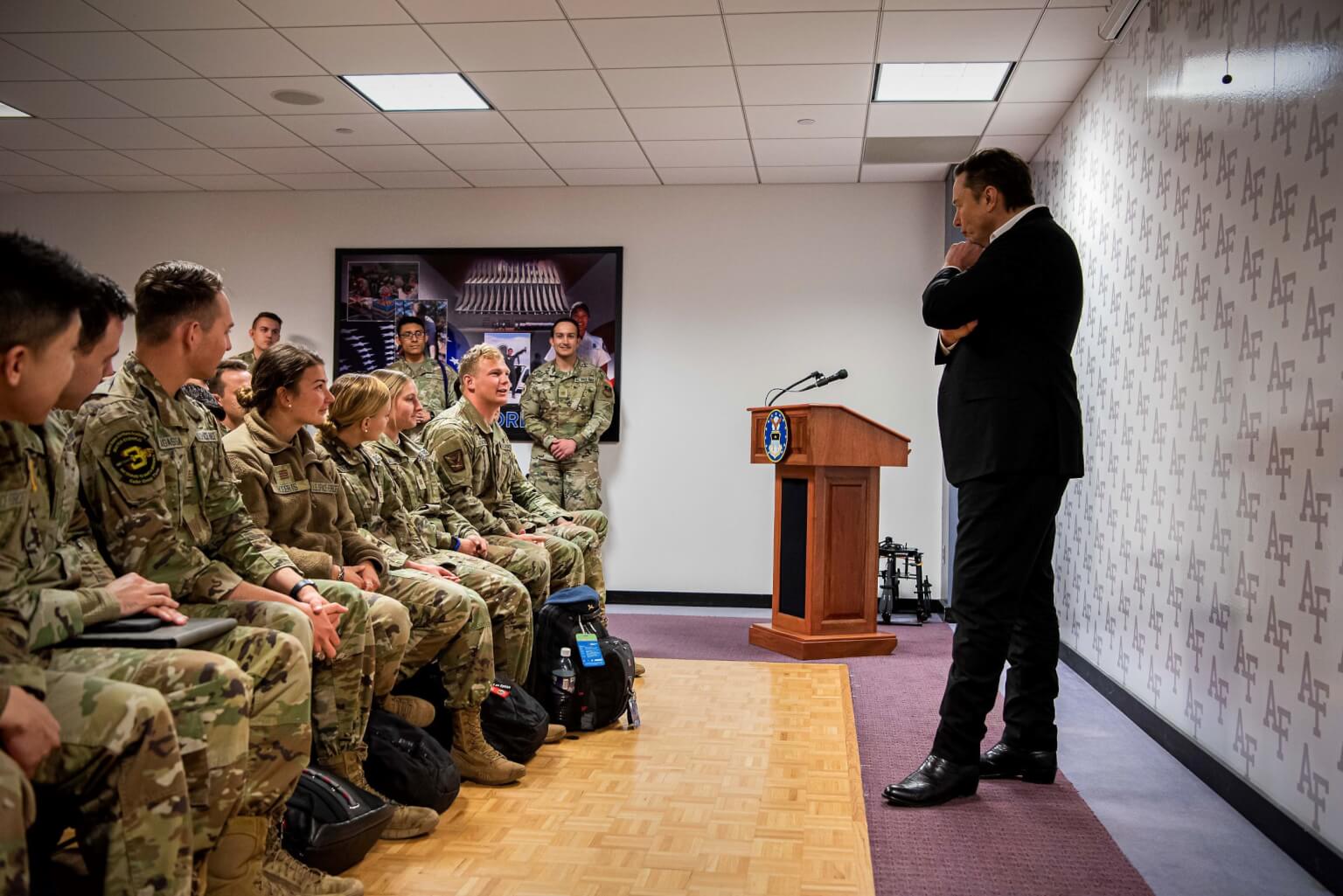