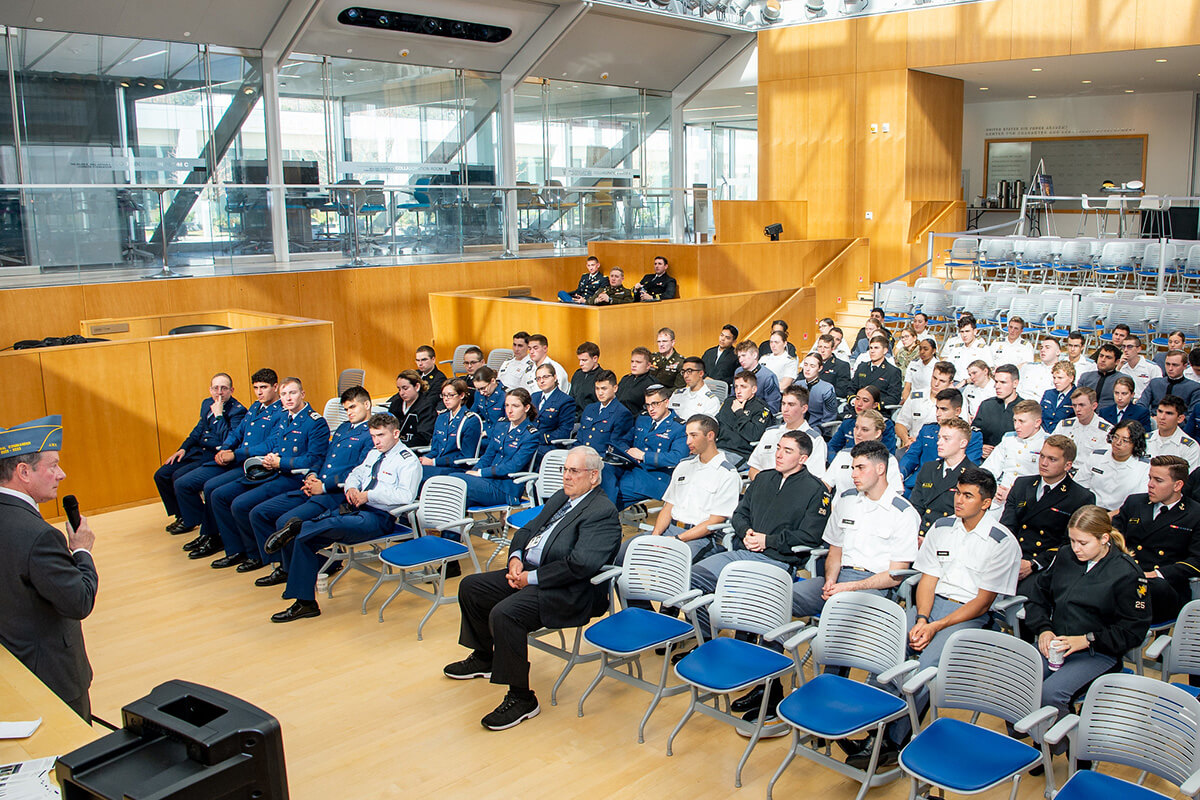 Cadets and midshipmen gather at Polaris Hall for Jewish Warrior Weekend, Oct. 28 and 29.

U.S. AIR FORCE ACADEMY, Colo. – The U.S. Air Force Academy Chaplain’s Office hosted a gathering of Jewish cadets and midshipmen from around the nation Oct. 28 and 29. The recurring Jewish Warrior Weekend, ongoing since 1997, is hosted by a different school each semester. The Academy previously hosted the event in 2019.

“It was exciting to host the fall Jewish Warrior Weekend and to welcome individuals from 12 military academies and universities for fellowship, to learn and promote understanding,” said Col. Julian Gaither, Academy senior chaplain. “An eight-member Academy cadet committee, supported by chaplain staff, had been preparing for this since spring and it couldn’t have gone better.”

The event opened with remarks from Lt. Gen. Richard Clark, U.S. Air Force Academy Superintendent. General Clark shared the rich lineage of Jewish service members in the U.S. Armed Forces, including Airman 1st Class John Levitow who earned the Medal of Honor as an AC-47 loadmaster over Vietnam in 1969. Today, the distinguished graduate award at enlisted professional military education schools around the Air Force is named for Levitow. 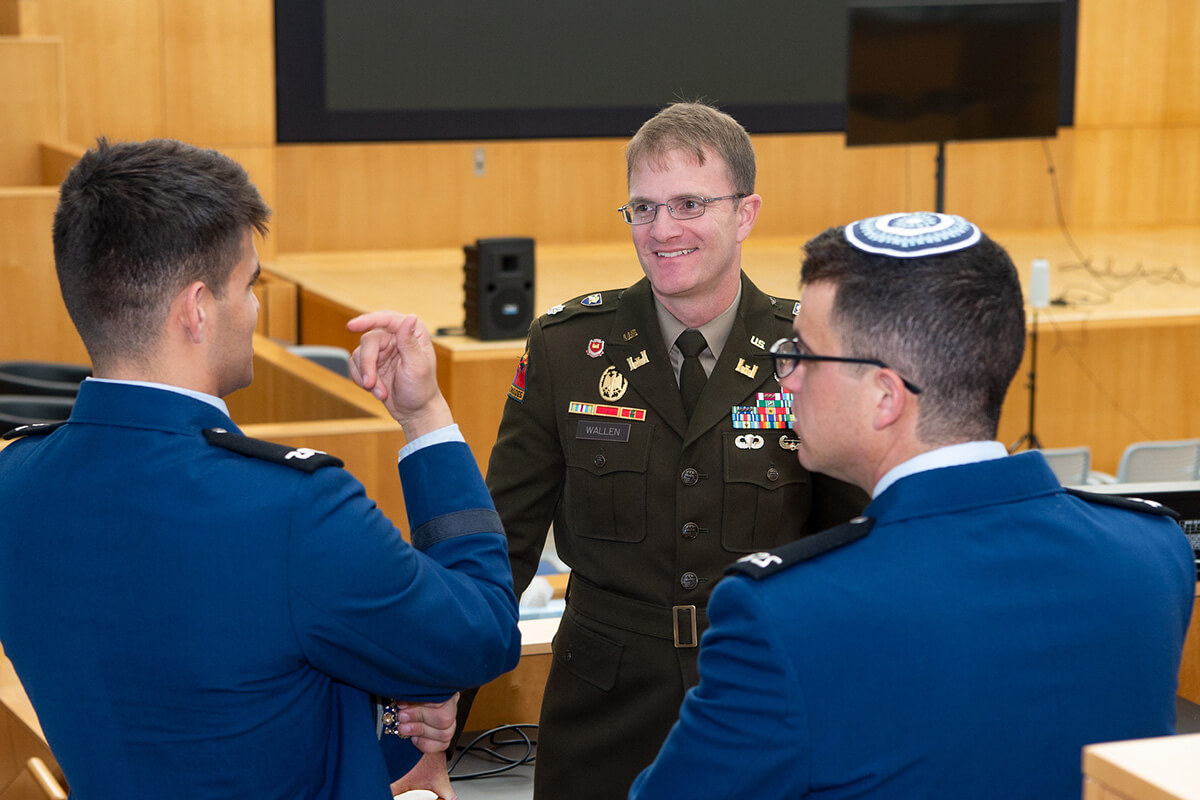 “We pulled off an excellent event that was informative, enjoyable, and developmental,” said Cadet 2nd Class Mayer Goldberg, Jewish Warrior Weekend cadet in charge. “I think the main theme of the event was perspective, and as such, we heard from two generals, one colonel, and one senior NCO to broaden our horizons as officers.”

Event organizers designed the weekend as a time for Jewish cadets and midshipmen to share common experiences as part of a shared history of military service.

“This weekend was a unique opportunity for Jewish cadets and midshipmen to gather and learn from one another how their shared faith and cultural heritage can strengthen them as future warrior-leaders of character,” said Capt. Saul Rappeport, Academy Rabbi. 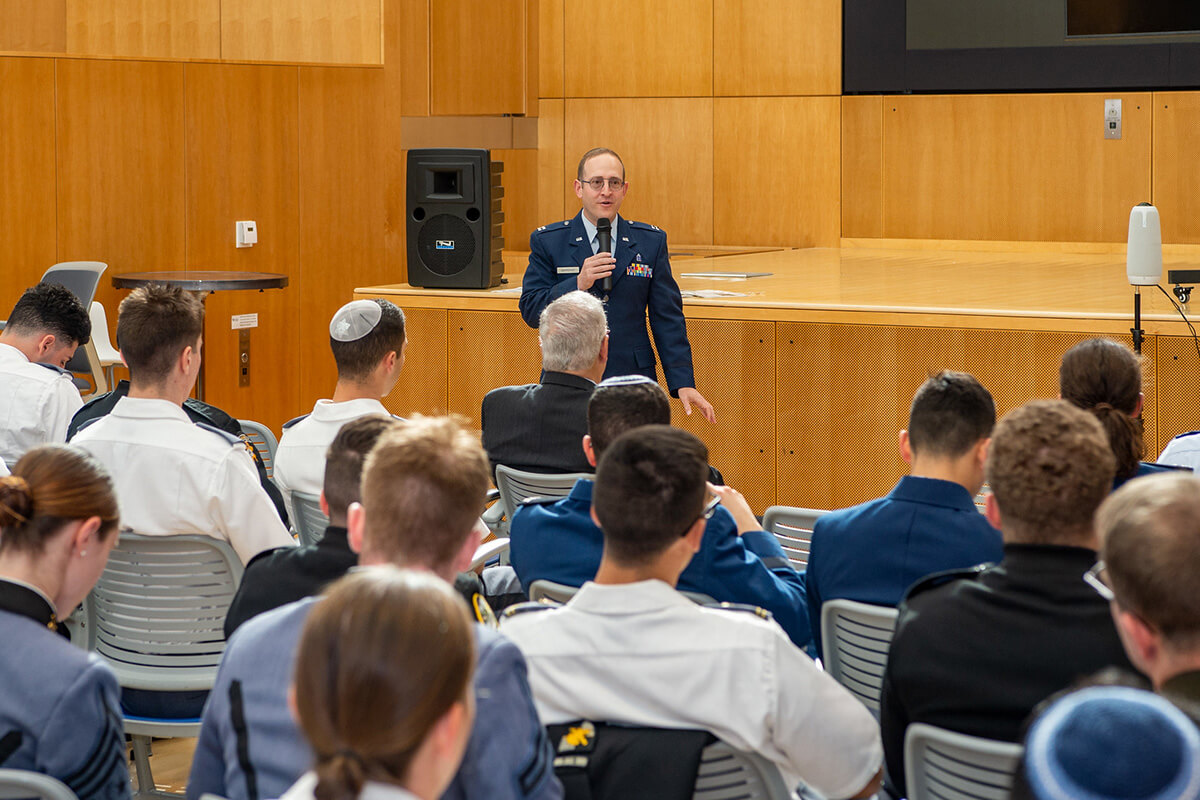 West Point Cadet 4th Class Sam Steinhart agreed with Rappeport, “I felt that JWW was an amazing opportunity because it showed us that we are not alone. At West Point we have a pretty big Jewish community, but it seemed like that wasn’t the case for all of the cadets and midshipmen. It was great to see that the community is larger than just West Point, and the conference was also a great opportunity to learn from great Jewish leaders. I think they showed that when done the right way, being outgoing about your faith can have a positive impact on everyone around, Jewish or not.”

Participating cadets were inspired by speakers throughout the event.

“The Jewish Warrior Weekend at the Academy provided me with a great feeling of unity and pride,” said Citadel Cadet Lucien Summers-Powell. “Seeing future Jewish leaders who are going to help shape the next generation of the U.S. Armed Forces was extremely empowering. It also made me feel very lucky to be a part of such a devout organization.”

For other participants, the weekend inspired self-reflection.

“Jewish Warrior Weekend allowed me to reflect on ways to embody my national identity while simultaneously taking pride in my cultural heritage and background,” said Cadet 3rd Class Kelsey Monaghan-Bergson. “Sharing unique experiences with other Jewish service members fostered a sense of belonging and illustrated the importance of embracing our roots to serve at the highest capacity and with the greatest effect; I would not be who I am without my background.” 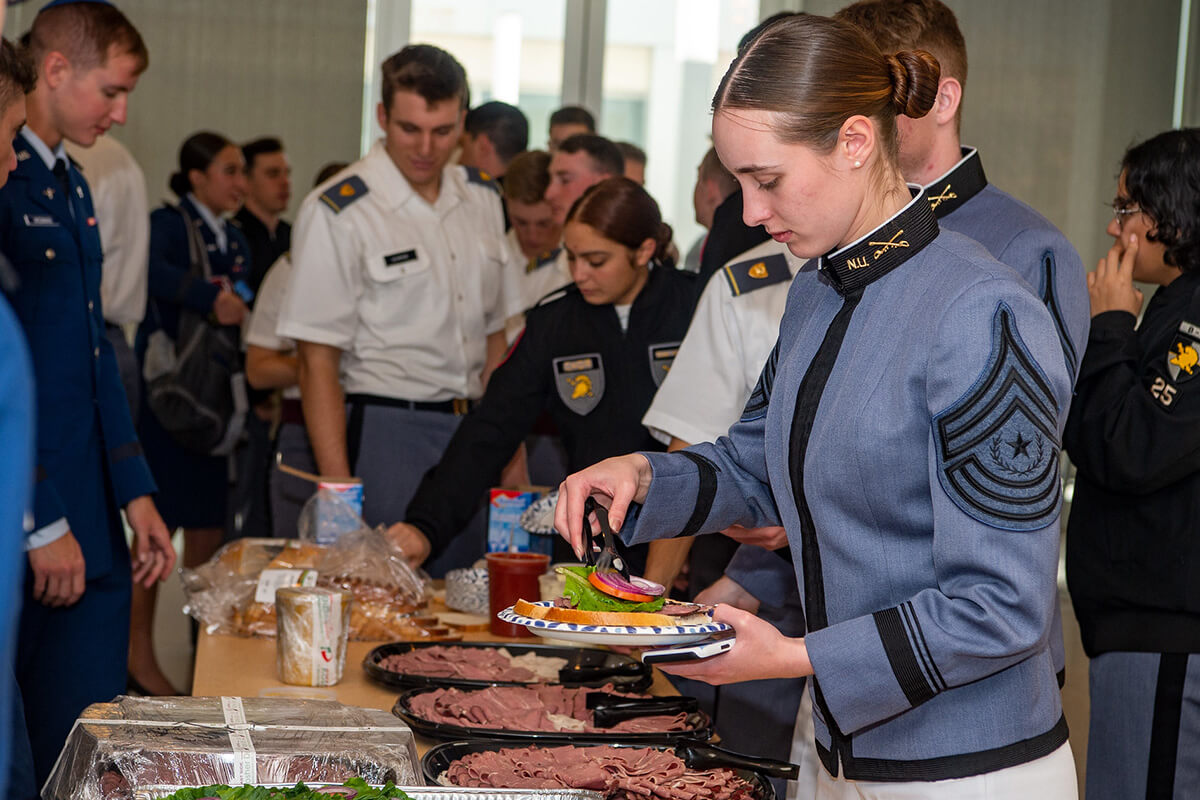