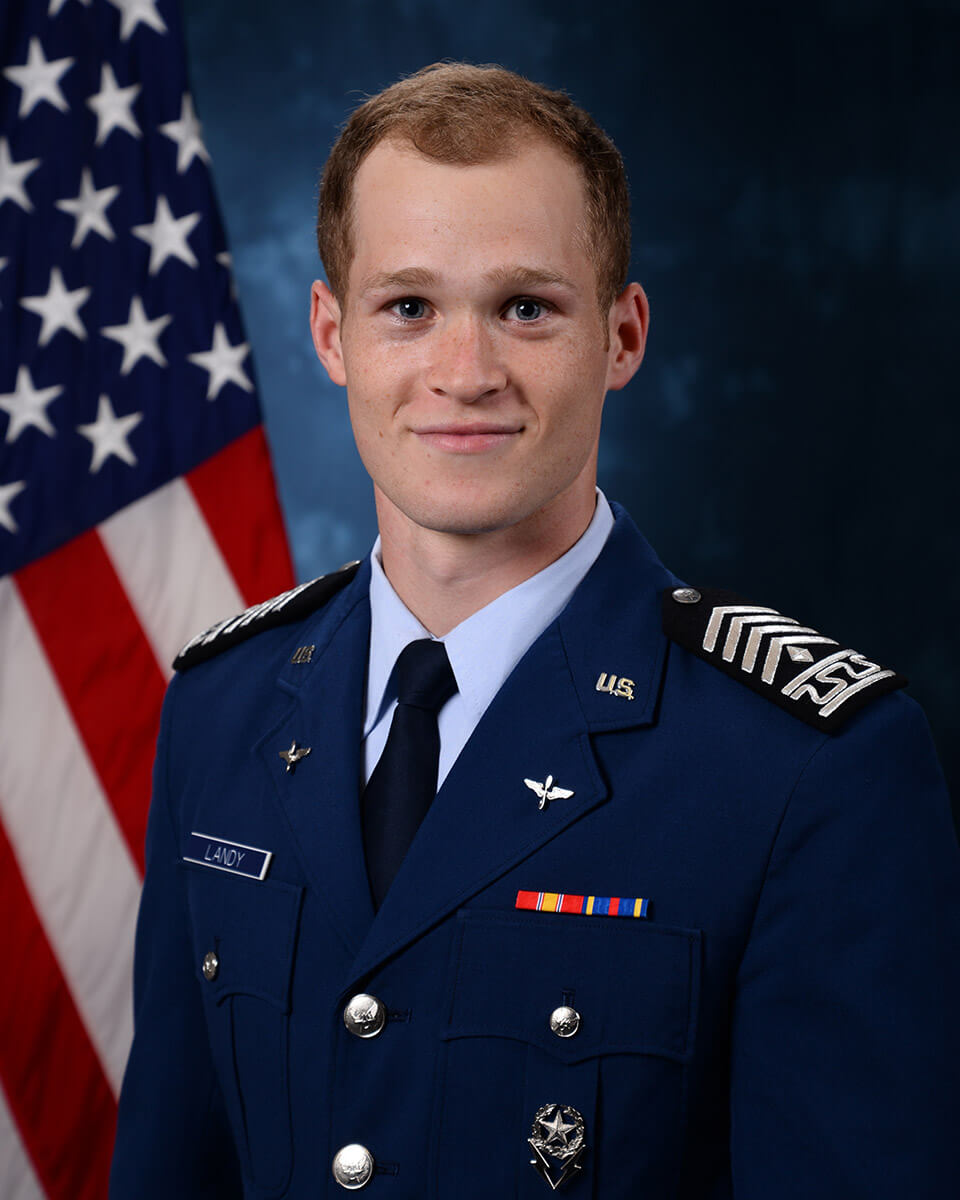 According to the Rhodes Trust website, the Rhodes scholarship is the oldest international scholarship program. The scholarship was established in 1902 by philanthropist Cecil John Rhodes, a British mining magnate and South African politician. Winners are selected on the basis of academic achievement, personal integrity, and leadership potential, among other attributes.

Landy, a political science and foreign area studies major, plans to pursue a master’s in international relations. The Washington, D.C. native hopes to serve as an intelligence officer following his time at Oxford.

“The award of a Rhodes Scholarship to one of our cadets is a testament to the exceptional work of a cadet, to be sure, but also the faculty mentors who opened doors to research opportunities and our air officers commanding, who serve as role models and provide leadership opportunities,” said Brig. Gen. Linell Letendre, the Academy’s dean of the faculty. “It also reflects the value of our critical institutional investment in research programs, the semester abroad, our cadet clubs, and so much more.”

Landy is the 43rd Rhodes Scholar from the U.S. Air Force Academy; the first was retired Lt. Gen. Bradley Hosmer, Class of 1959.

“Joining the incredible group of 2023 Rhodes Scholars from around the world is so exciting to me because I know they will never cease to challenge, motivate, and inspire me,” said Landy. “This moment means so much because it marks the culmination of all of the time and energy that my mentors, professors, friends, and family have generously poured into my undergraduate experience.”