Skip to the main content
Examining Events that Shape the World 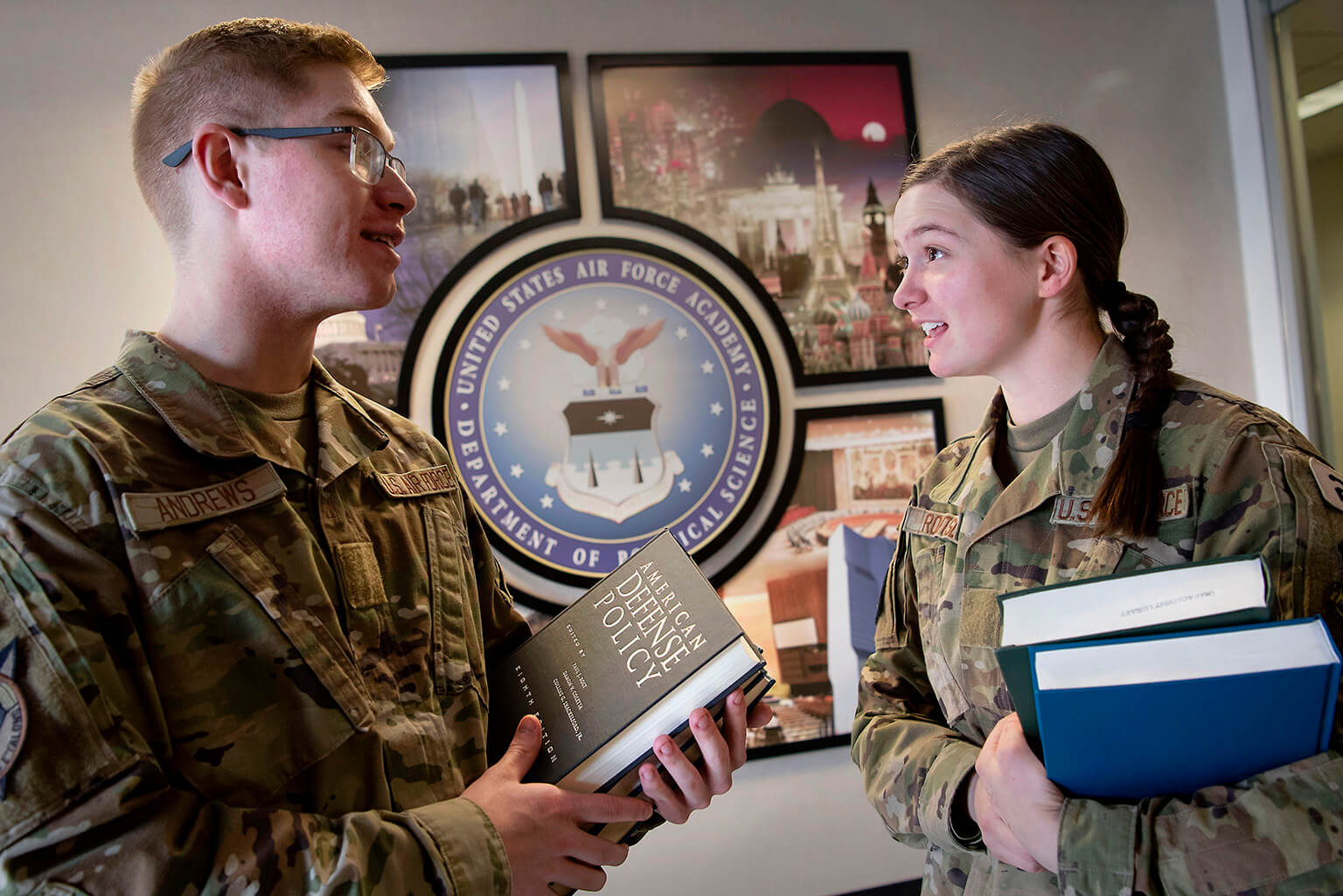 The political science major offers a course of studies tailored to the needs of prospective Air Force officers through the study of power, conflict, and government and an examination of the actors, institutions, and behaviors that influence them in the national and international context.

The political science major is very flexible, allowing cadets to study areas in-depth or to examine a variety of political topics. Additionally, cadets can earn any of the minors offered at USAFA (foreign language, philosophy, nuclear weapons and strategy, or religion studies) with a Political Science major and two or fewer additional courses.

Cadets can also work with an advisor to tailor a program to meet their individual needs.