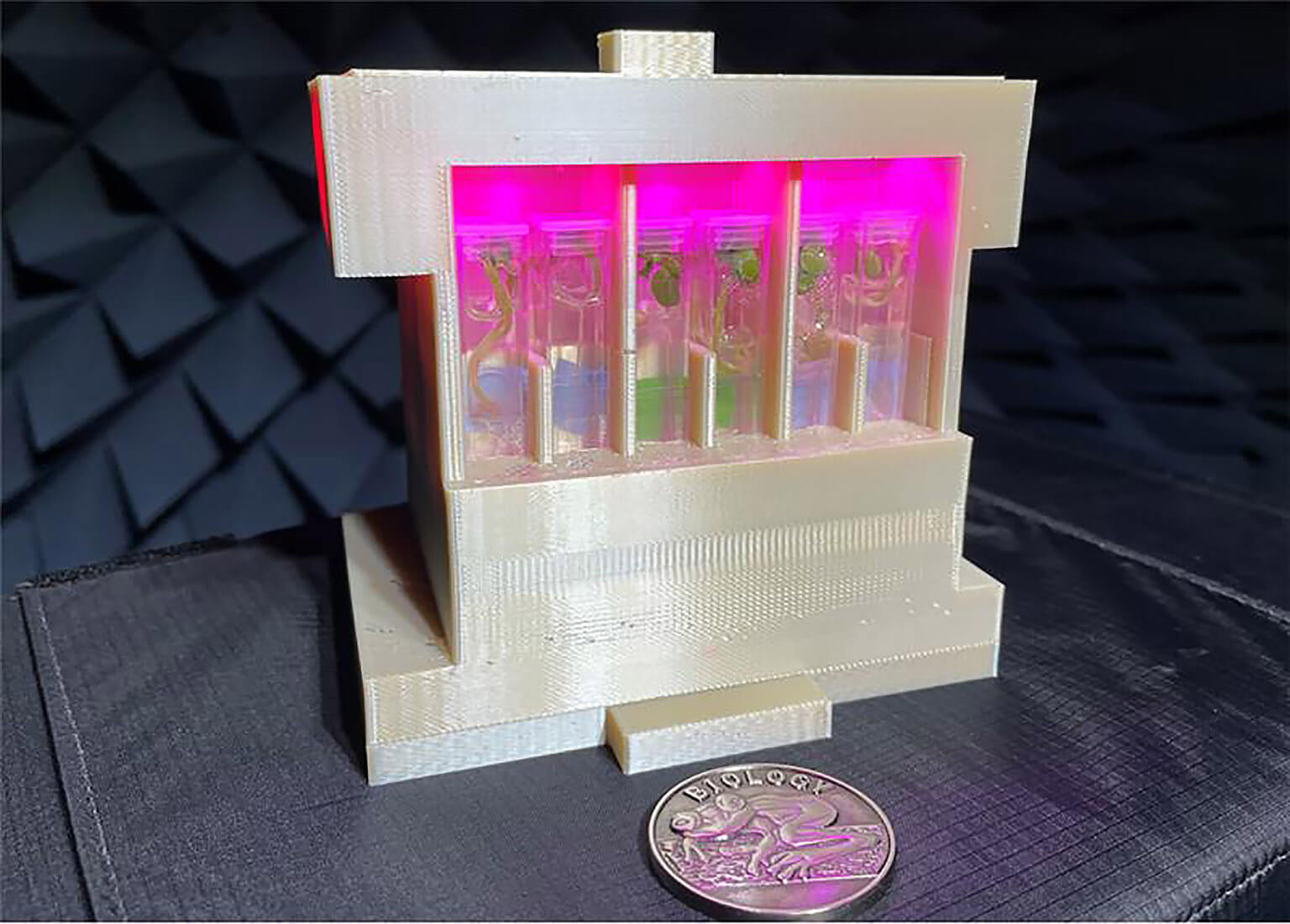 U.S. AIR FORCE ACADEMY, Colo. – Cadets and faculty at the U.S. Air Force Academy are participating in some out-of-this-world research. Their plant project is one of several chosen as part of the Polaris Dawn mission’s science and research portfolio.

The mission is expected to launch no earlier than March 2023 from Launch Complex 39A at NASA’s Kennedy Space Center in Florida.

“It blows my mind that cadets at the Academy have opportunities to work on projects like this,” said Cadet 1st Class Caroline Harshbarger, one of the cadets involved in the plant project. “The research opportunities here are really astounding and this could be something that changes everything we know about space and how it works.” 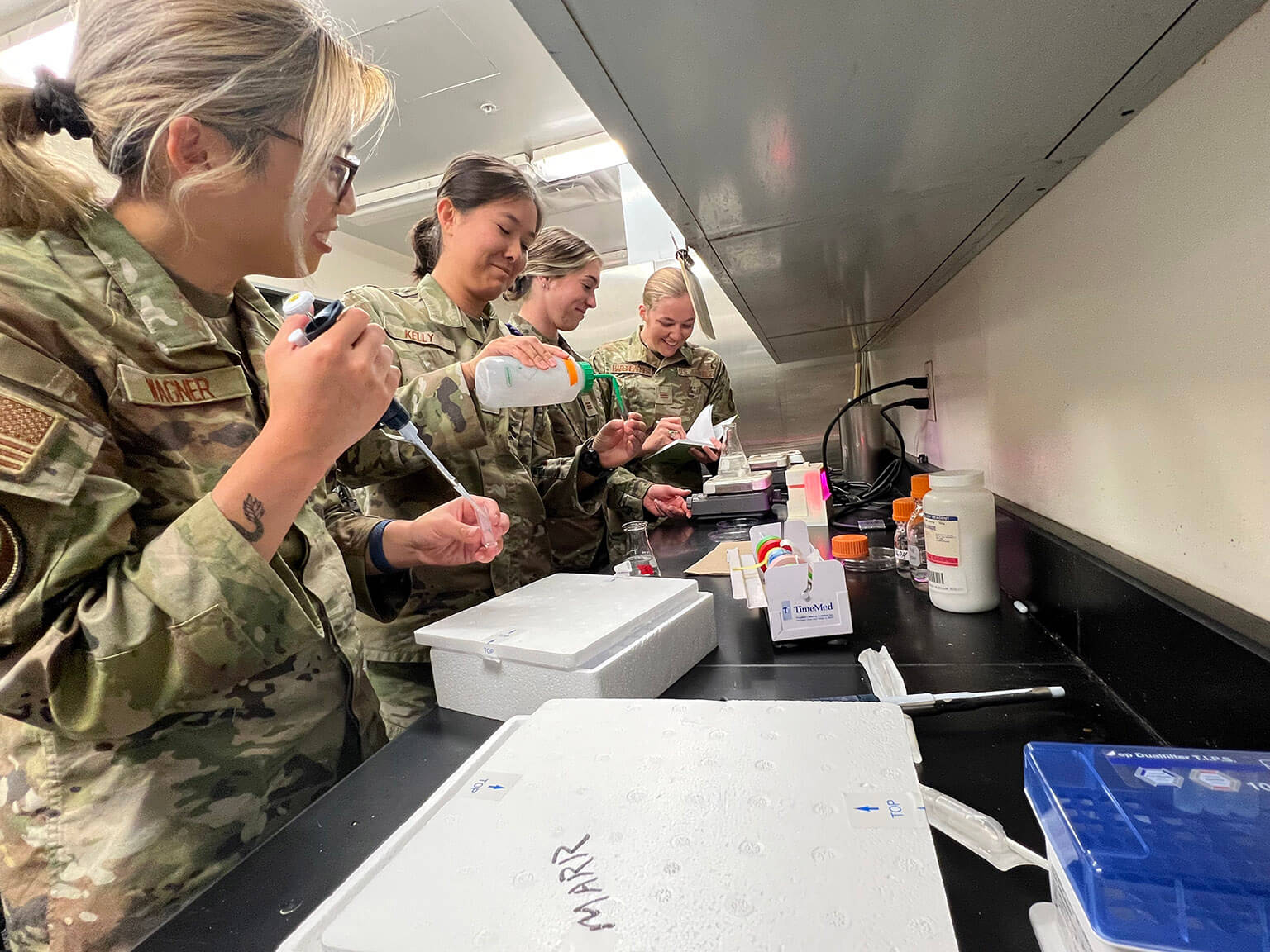 The plant project started as a discussion between two cadets looking to breathe life into the Academy’s greenhouse and quickly turned into a team of cadets, faculty and staff creating plant experiments for the upcoming human spaceflight mission.

Harshbarger and Cadet 2nd Class Jordyn Wagner connected with biology professor Maj. Travis Tubbs and began experimenting with growing plants under various conditions. Tubbs, a Space Force guardian with a doctorate in crop science, had his eye on space-related biology experiments for some time.

“We already had a vision of launching plants into space, but the opportunity didn’t exist yet,” Tubbs said. “Then our department received the email from Polaris Dawn and we said we’re going to make this a reality, and we did.”

Cadet 1st Class Madison Martin and Cadet 2nd Class Jacqueline Kelly joined the team and together the group brainstormed the proposal for Polaris Dawn, aimed at helping inform plant growth reactions in space. Specifically, the project focuses on determining how the root and shoot systems of plants react to different gravitational environments in space. Ultimately the aim is to ensure food viability and sustainability during space travel or while on the moon or Mars. 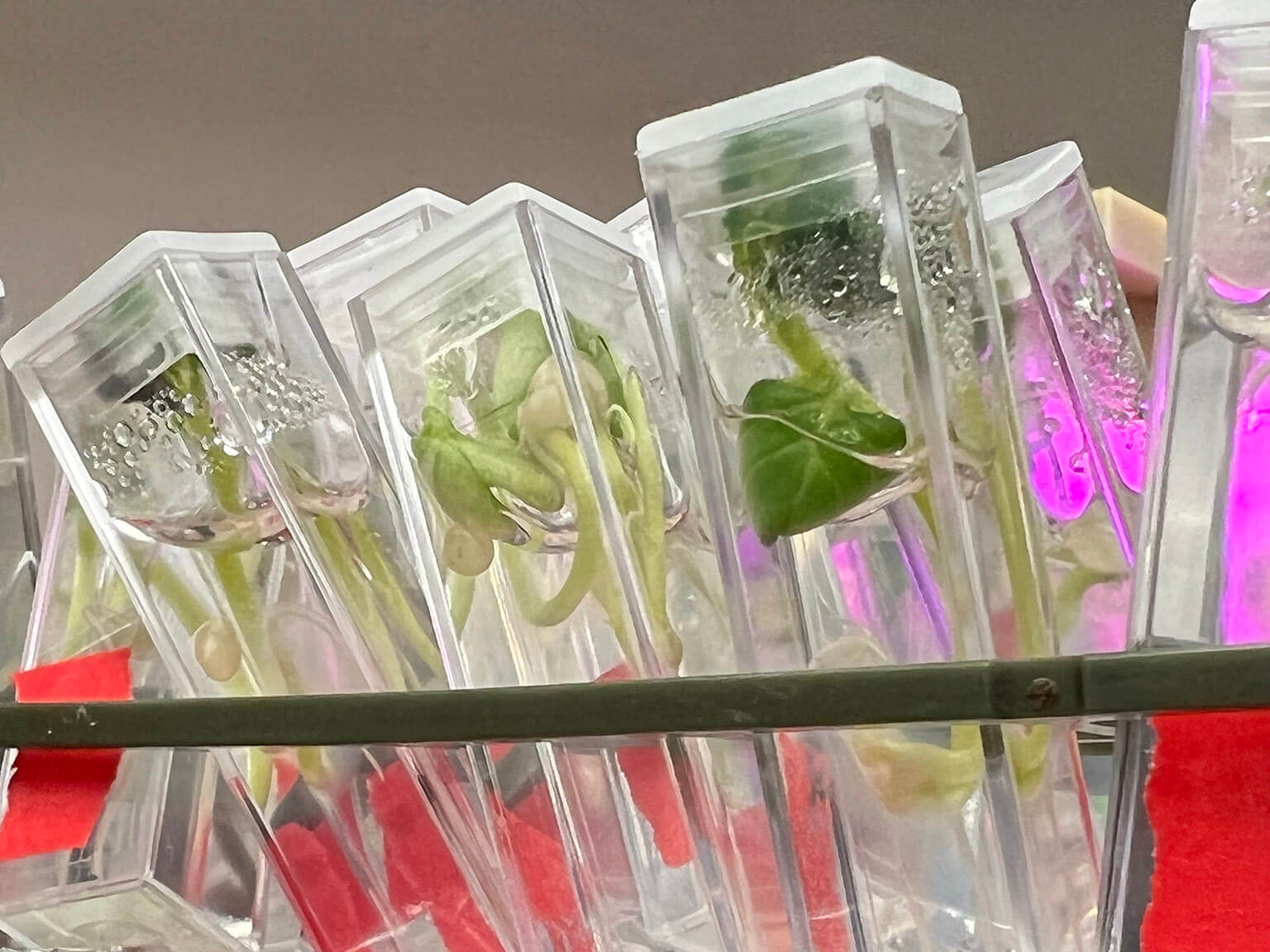 The experiment involves planting genetically-modified mustard seeds and testing how fungus, magnets and radiation each influences those plants in the microgravity of space. In addition to the plants deployed on the five-day space mission, there will be a control group of plants on Earth and a group of plants exposed to a centrifuge mimicking microgravity.

“If we get the data we’re hoping to get, it will advance our ability to grow plants in space travel,” Kelly said. “And that’s so mind boggling to me, that we, as cadets, can do that.”

Sustainable food sources are essential if humans are to make strides in space travel and exploration. This project not only addresses that, but results could also improve crop viability and production on Earth.

“This is so applicable to life in general, especially the way military is moving into space,” said Martin, “It’s something that hasn’t been discovered yet, but humanity will have to rely on it in the future.” 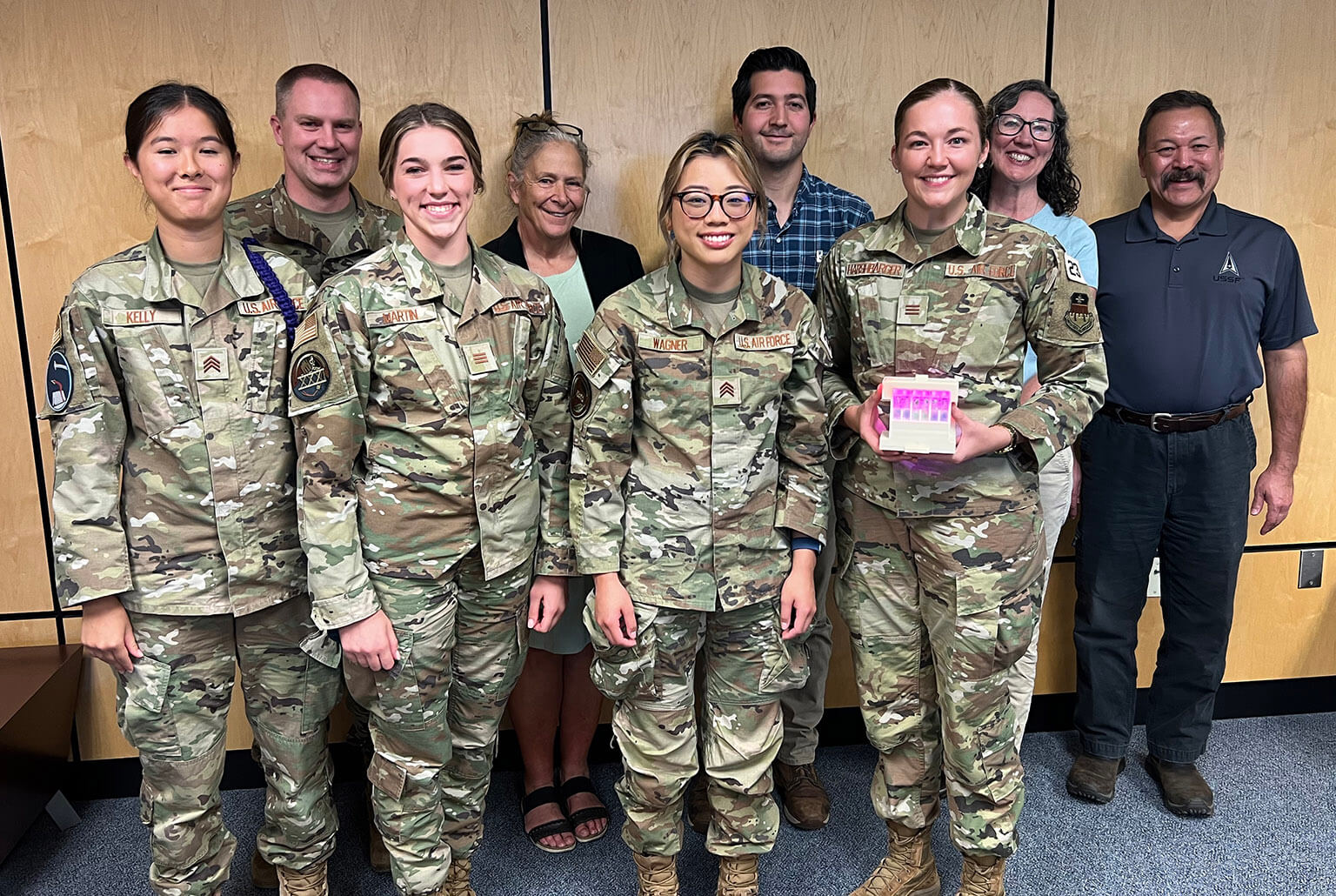 While Tubbs and the cadets worked with fellow biology professor Dr. Katherine Bates on the genetics portion of the project, Tubbs knew they needed to tap into other expertise at the Academy.

“When it comes to getting to space you need so many contributors to integrate all the different parts, even this one project we needed many areas of expertise,” said Stephan Chase a member of the electrical and computer engineering department, helping with the magnetic portion of the project.

One of the challenges of the project is fitting their four experiments into one small housing no larger than a box of tissues (10 cm3) that could safely travel to space while meeting the specifications of the Polaris Dawn mission. That’s where equipment specialist Morgan Vance came in.

“If you can think of it, we can make it,” Vance said. “Instead of finding something off the shelf, we can build customized research fixtures here at the Academy.”

Vance designed a 3-D printed housing, working through several iterations and is still honing the final details. The housing will incorporate the plants, batteries, lights, magnets and a magnetic shielding plate to ensure the experiments are properly controlled.

The team also turned to Dr. Geoff McHarg to provide expertise on how the housing might react to the radiation and vacuum of space. McHarg is a physics professor with experience in other Academy space research projects.

“This is a great collaborative project between different disciplines, all interested in the future of space,” McHarg said.

The future is bright for Academy space biology. Tubbs said there’s a plan in the works for an astro-biology class at the Academy for spring semester 2024.