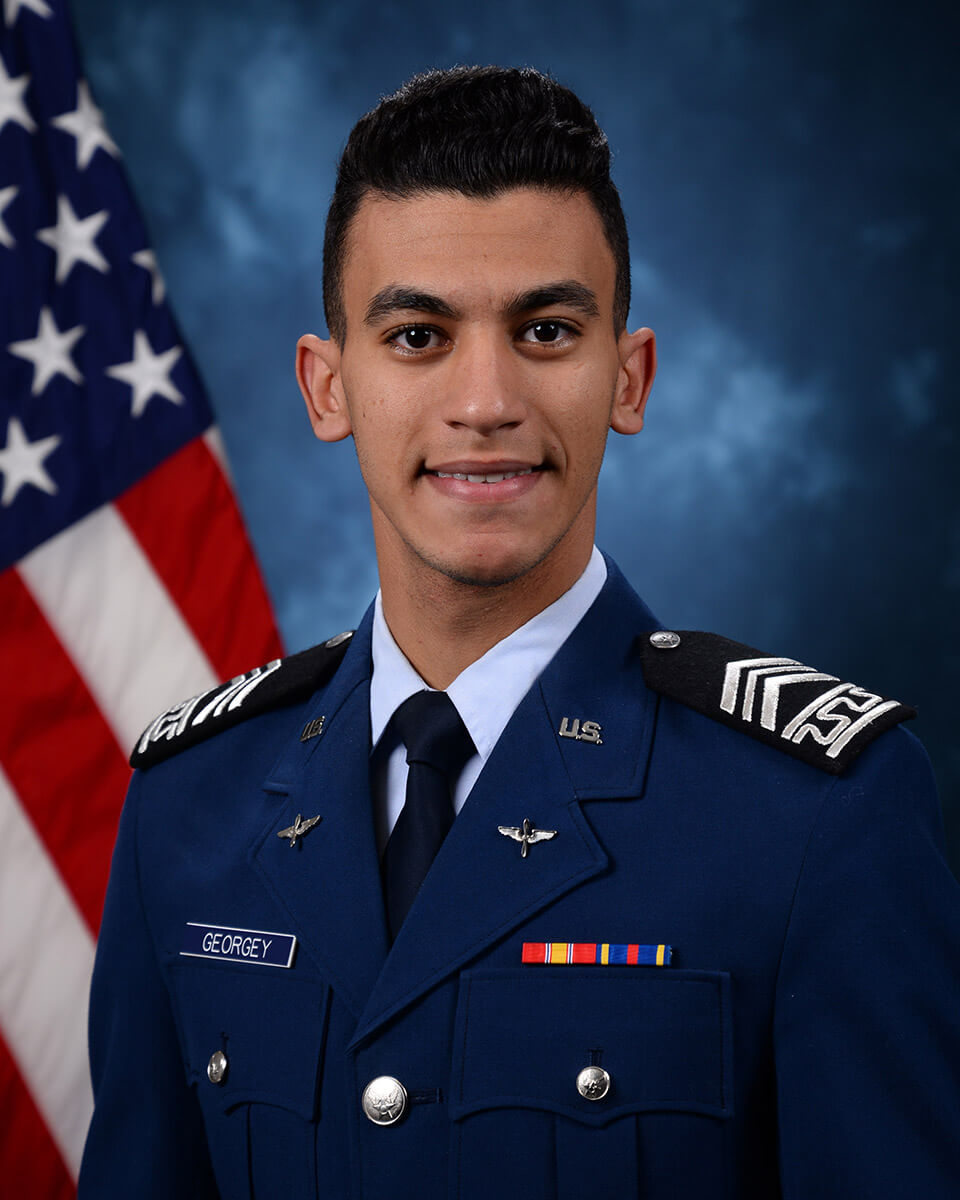 “Kyrolos Georgey is an absolutely extraordinary cadet and I have no doubt that he will be a tremendous ambassador for our institution as a Marshall Scholar,” said Brig. Gen. Linell Letendre, dean of the faculty at the U.S. Air Force Academy. “His successes at the Academy, and ultimately this award, are a testament not only to his ability and character, but also reflect great honor upon the many members of the Academy’s faculty and staff who have invested in him, provided mentorship, and cheered him on from success to success.”

Georgey immigrated to the United States from Egypt. While his journey began in Cairo, the Academy has taken him across the globe. He has conducted hypersonics research at the University of Oxford, United Kingdom; studied Russian at Daugavpils University, Latvia; and is currently completing hypersonics research in Southeast Asia where he has served since October.

“First and foremost, I’d like to express gratitude to my nation as a whole and to my parents, who helped me come to the United States,” said Georgey. “The distinguished quality of the American people is their over-abundance of generosity, which overflows beyond the borders of American society. That is the motivation behind my service.”

Georgey said his time at the Academy has been instrumental in shaping his future.

“The Academy has provided me with the opportunity to become a member of the international community, working to enhance the social fabric between democracies as a future military officer” he said. “As a public servant and a future custodian of the nation’s military arsenal, I will concentrate my efforts to ensure the perpetuation of our democratic institutions.”

Marshall Scholars have options to study at primary and partnering universities and colleges throughout the United Kingdom. Georgey, an aeronautical engineering major with a Russian minor, hopes to attend Oxford University and pursue a research-focused master of science in engineering.