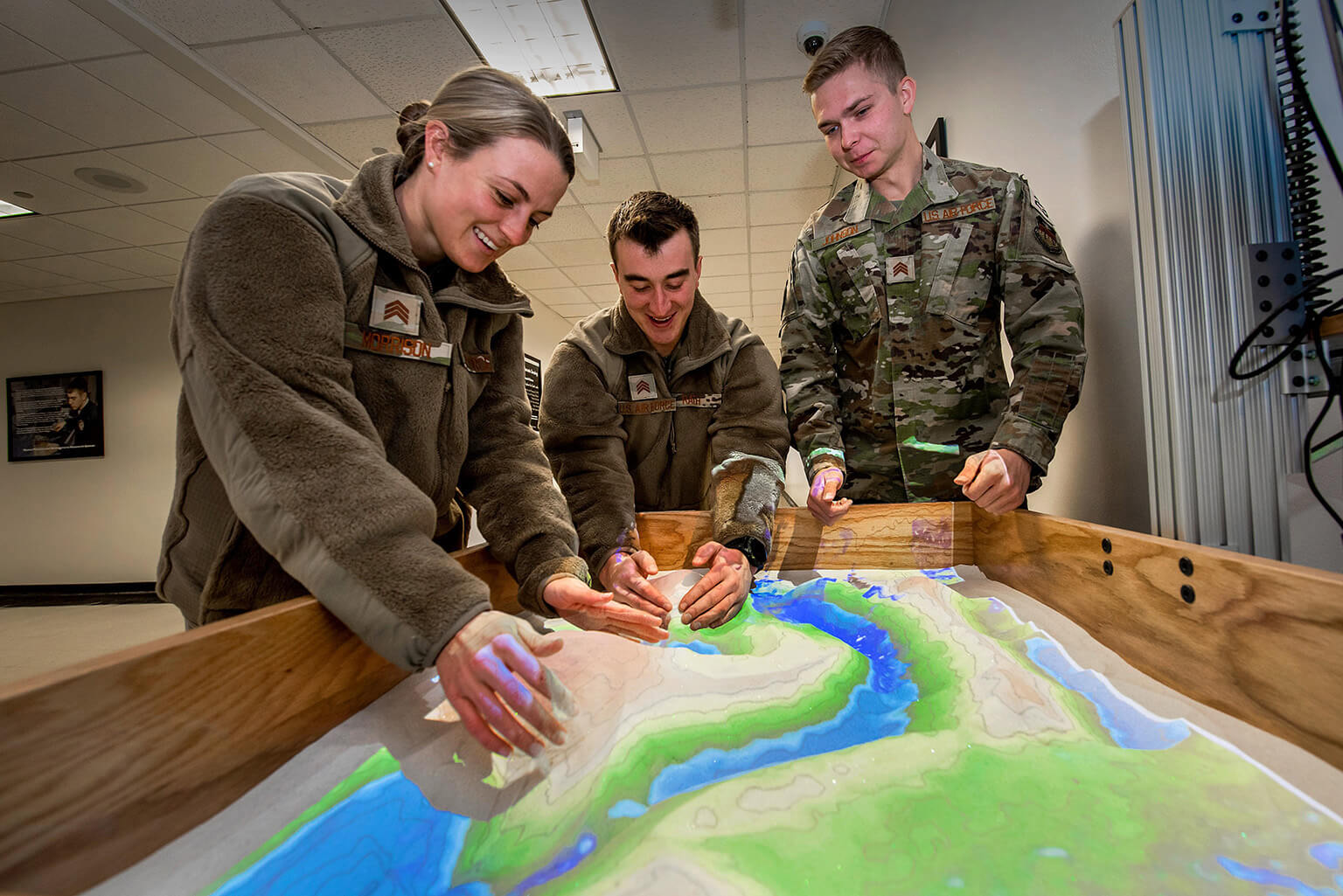 The Geospatial Science major operates at the crossroads of leading-edge technology and geographical expertise. Geoscience majors will learn to identify challenges related to contemporary global issues such as climate change, geopolitics, cultural patterns, and economic and political insecurity. Using advanced tools and equipment such as drones, satellite imagery, maps, lasers, and advanced spatial analysis, the Geospatial Science major will be able to analyze and interpret complex data in order to make informed decisions that will shape our world.

A Foreign Language minor enhances a degree in geospatial science, and can be accomplished without carrying an academic course overload. Cadets who excel in this program have opportunities for advanced studies such as the Rhodes, Fulbright, Marshall, and Academy Graduate Scholarship programs.

50+Cadets graduate with this major each year

66%Graduate with the GEOINT Certification

Accurate intelligence is critical to the warfighter to achieve mission success. The field of intelligence incorporates the collection, analysis and exploitation of multiple forms of geospatial data, including imagery, maps, census data, GPS coordinates, and digital models of the Earth.

As there is a scarcity of individuals who can collect and analyze this data, the GEOINT (GEOspatial INTelligence) Certificate Program was constructed in coordination with federal and industry experts via the U.S. Geospatial Intelligence Foundation to prepare cadets as GEOINT-skilled critical thinkers and leaders.  Learn more about the GEOINT Certificate Program.