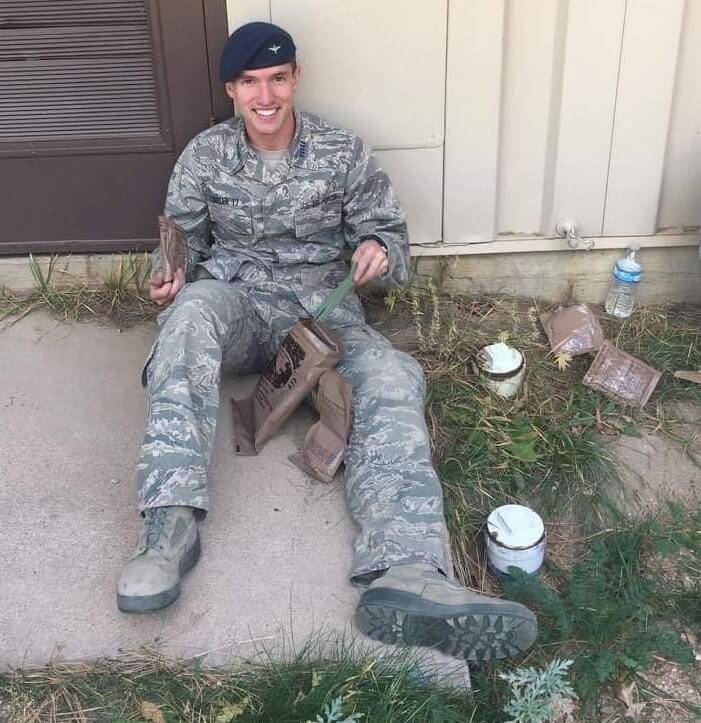 U.S. AIR FORCE ACADEMY, Colo. — The Air Force Academy graduate who died earlier this week when his fighter jet crashed into the North Sea is remembered for his smile and love for people.

Allen was from Perry, Utah. He left the Academy in 2017 with a bachelor’s degree in aeronautical engineering and went on to pilot training at Vance Air Force Base, Oklahoma, and Kingsley Field Air National Guard Base, Oregon.

“What really stood out was his love of airplanes and flying,” said aeronautical engineering professor Thomas Yechout.

“He was always smiling in class and he was a great team player,” Yechout said. “He was the guy you’d want to have as a friend.”

Allen earned a private pilot’s license as a teenager and eventually made the Academy flying team’s roster, competing in national flying competitions.

“The flying team is pretty elite but he was a good student, too,” Yechout said. “Somehow he managed to balance academics with flying.”

Allen made the Dean’s List seven times, among his other accomplishments.

“Kenneth was a real pleasure to have in class,” he said. “He was sincerely interested in learning and understanding the material.”

“It greatly enriched the learning experience for his classmates,” he said. “He set the example in terms of military decorum. He was always very courteous and sharp. It was a privilege to get to know him.”

Like a Brother
Cadet 2nd Class Jordan Lukow remembers Allen as the ideal leader and friend. Allen and Lukow were assigned to Cadet Squadron 34 where Allen served as the unit’s cadet commander for a semester.

Allen’s friends called him “Kage,” a nickname based on the initials of his grandparents.

“Kage was kind and bold and tough in all the ways you’d want someone to be tough,” Lukow said. “He was always looking out for me. He was like an older brother.”

Lukow met Allen during his April 2016 appointee visit to the Academy and said Allen took him “under his wing” once he officially became a cadet.

“Kage loved the Academy, its opportunities and people,” he said. “People were really important to him. He always made time for other cadets.”

“Kage was the best blood this country has to offer,” Lukow said. “Anyone who met him was lucky. Any mom or dad would have been proud to have him as their son. Now that he’s gone, we all have to step up and do our part to follow in his footsteps.”

On Kage
Allen arrived at Lakenheath in February where he was the squadron’s chief of weapons and tactics at the time of his death.

“We are deeply saddened by the loss of Lieutenant Allen, and mourn with his family and fellow Reapers in the 493rd Fighter Squadron,” said Col. Will Marshall, commander of the 48th Fighter Wing. Pilots assigned to the squadron are nicknamed “Grim Reapers.”

Allen is survived by his wife, Hannah Allen, and his parents, Deborah and Charles Allen of Perry, Utah.

[Editor’s note: Allen and Lukow served on church missions for two years between their freshmen and sophomore years, accounting for their extended time at the Academy.]