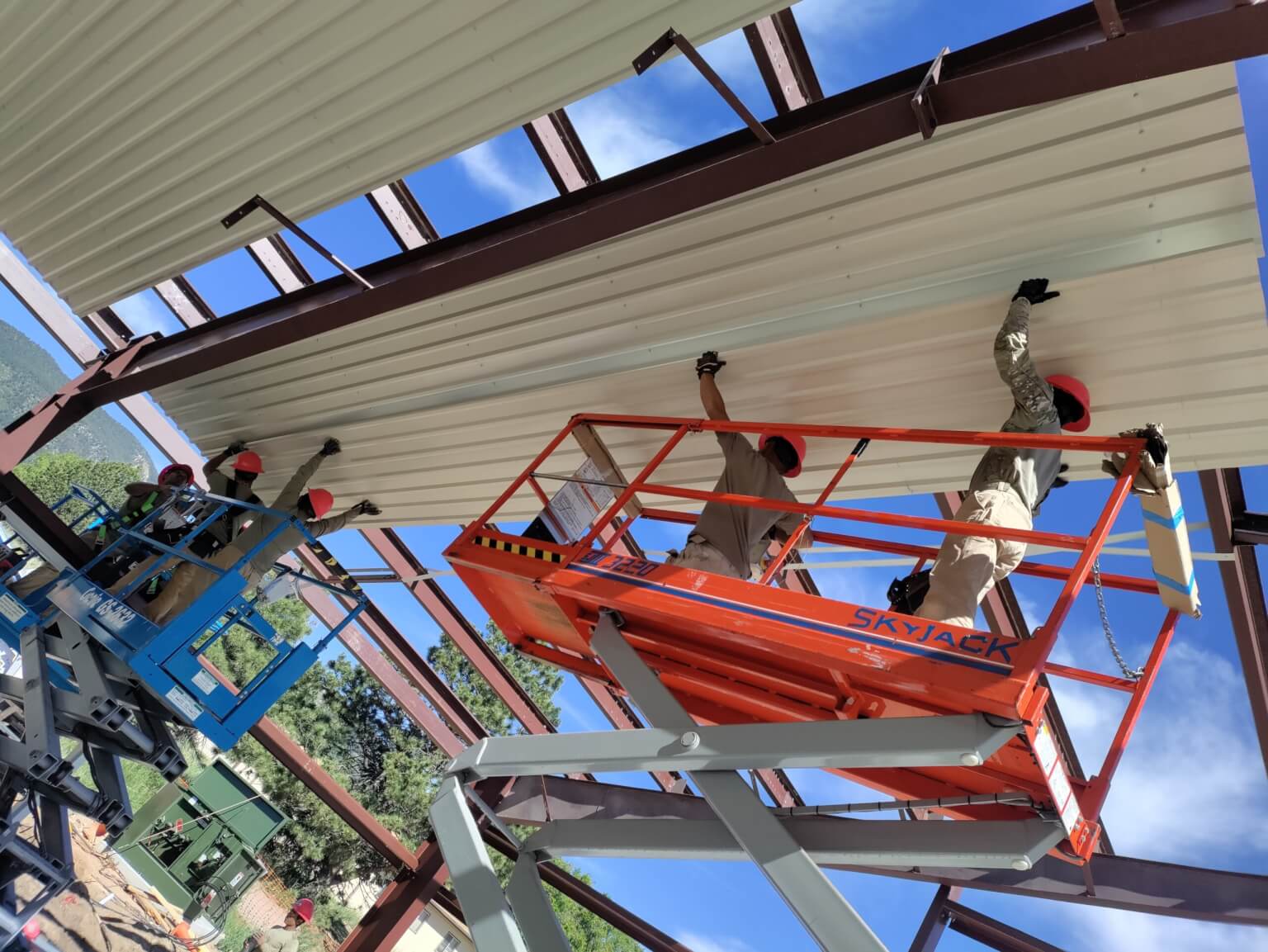 Civil engineers from the 819th RED HORSE Squadron at Malmstrom Air Force Base, Montana construct a new 4,000 square-foot dining facility in the FERL compound in Jack’s Valley expected to open for cadets next year. The team broke ground on the facility in April. (Photo courtesy of Capt. Tim Sobieski)

According to Capt. Tim Sobieski, RED HORSE project engineer, construction on the facility in Jack’s Valley began when a vertical construction team of 27 Airmen assigned to the 819th Red Horse Squadron broke ground in April.

When complete, the facility will operate year-round, contain a state-of-the-art kitchen, consolidated food storage and seat 200. The facility replaces the dining facility built in the Academy’s Field Expeditionary Readiness Laboratory in 1997.

“Some existing kitchen equipment will be used in the new facility, along with upgraded refrigerators, sinks, griddles and fryers,” Sobieski said. “The 819th RHS team will complete their portion of construction this fall.”

The captain said the new facility doubles seating and consolidated five structures in the training compound.

“Previously, FERL used outdoor seating, storage, and cleaning areas, continuously fighting pests and harsh weather,” he said. “Approximately 700 people each year are expected to use the facility for training, events and summer camps.” 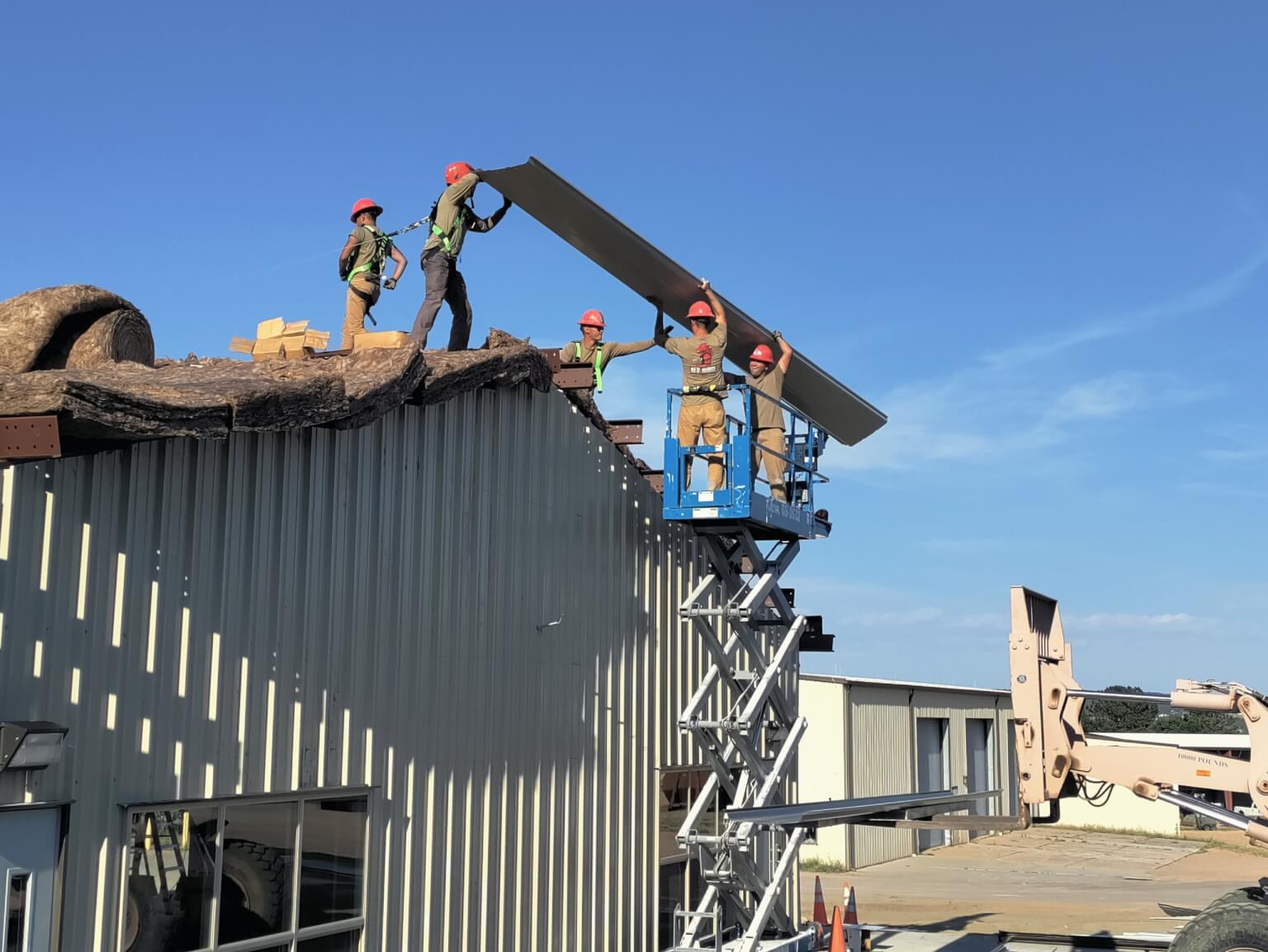 “The goal is to get on-the-job training that cannot be accomplished in classrooms and develop a high-functioning team,” he said. “Troop training projects provide added benefits to the customers including cost and time-effective products to agencies needing minor construction projects too difficult to accomplish by other means.”

“The intent of the playground is to provide quality field education to engineering students but FERL’s legacy of effective hands-on training isn’t limited to cadets,” he said. “The entire compound, from water mains to buildings to light poles, is constructed entirely by troop labor.”

Contractors are scheduled to install mechanical and life safety systems in the dining facility this fall.

“The 819th RHS is proud to contribute to the rich heritage at FERL and honor those who left their mark in the form of concrete stamps over the last 30 years,” Sobieski said.

Lt. Col. Steven Vick, FERL commander since August and an assistant professor in the Academy’s civil and environmental engineering department, said the importance of the work of the RED HORSE team cannot be understated.

“We thank Captain Sobieski and his team for their tremendous work in building a facility that will enhance the FERL experience for all cadets and their enlisted mentors,” he said. 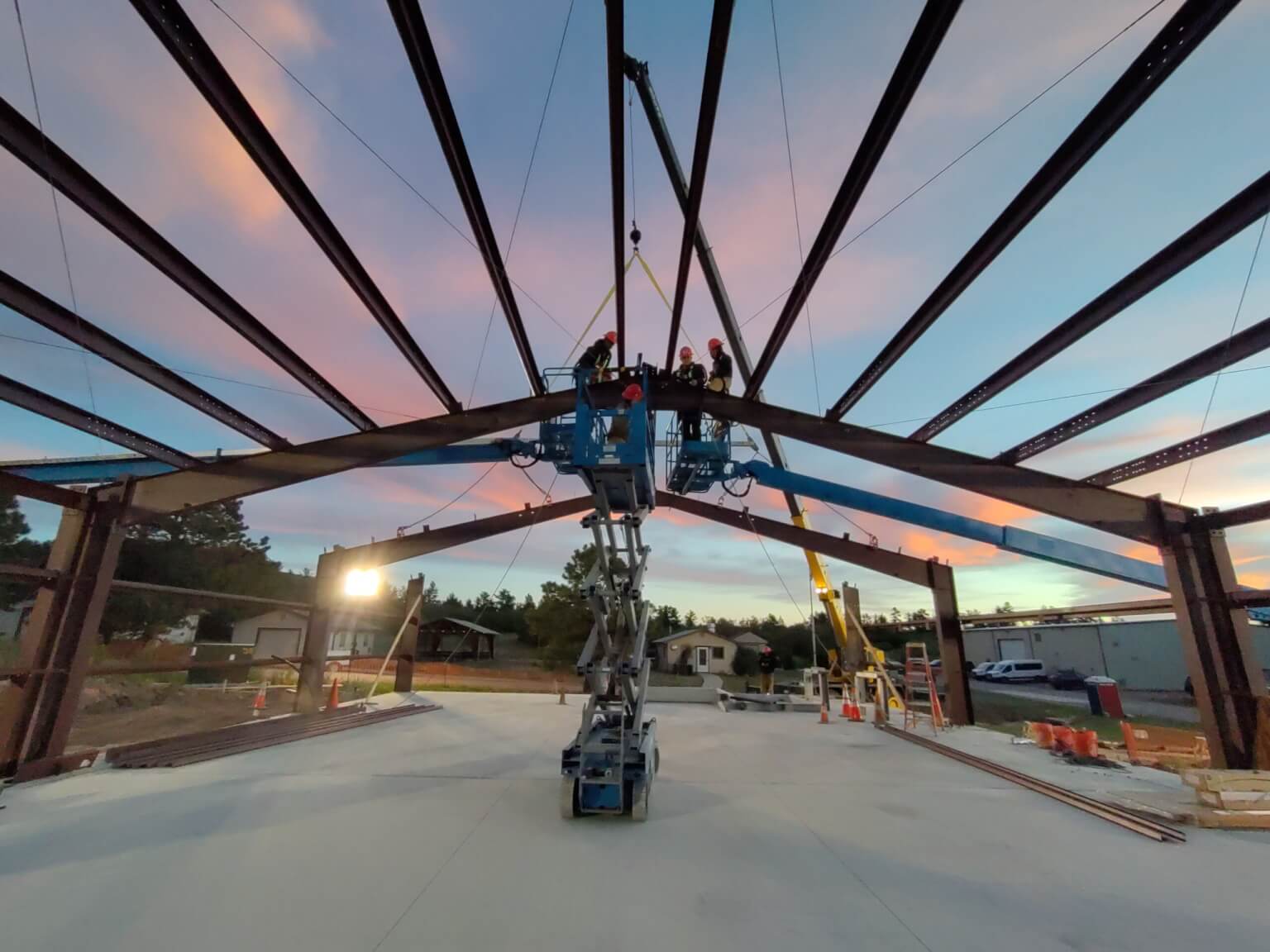