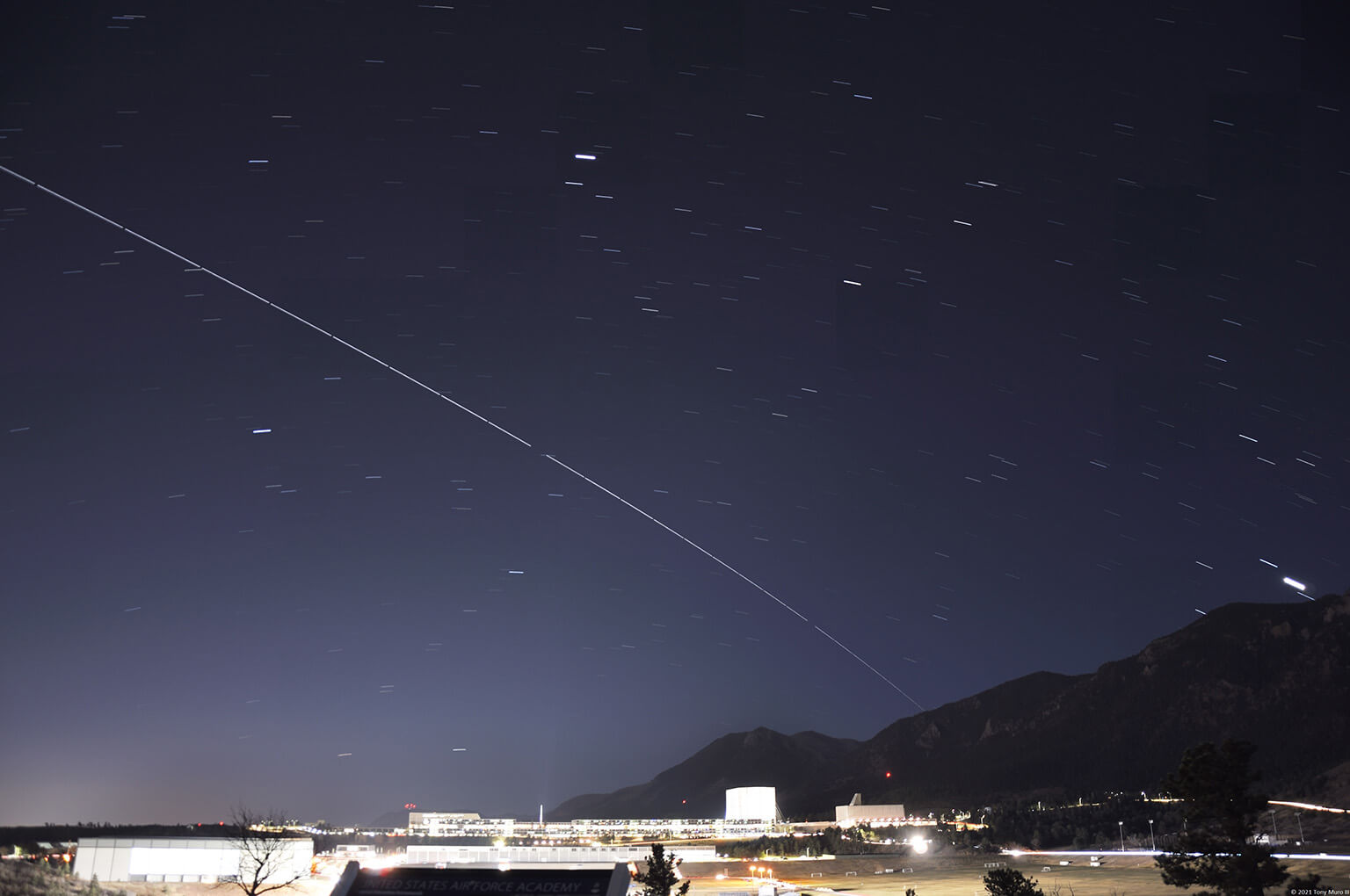 International Space Station passes over the U.S. Air Force Academy Nov. 17, 2021. During its course over the Front Range, Col. Raja Chari, Class of 1999, served on board. (Photo illustration by Tony Muro, Class of 1999)­­­

U.S. AIR FORCE ACADEMY, Colo. – The U.S. Air Force Academy has a long history of supporting the country’s space mission and developing officers ready to face the challenges of tomorrow. In fact, a member of the Academy’s very first graduating class went on to be an astronaut and we now commission graduates into the U.S. Space Force.

Among the first wave of Guardian graduates in 2020, was 1st Lt. Coen Williams, an astronautical engineering and applied math major. He recalls the surprise and excitement he felt when President Trump signed into law the defense bill that officially established the Space Force on Dec. 20, 2019.

For Williams, joining the Space Force provides an opportunity to make an incredible impact. He tells cadets the future is now and to get excited.

“Learn, read widely, be willing to challenge yourself and grow,” said Williams. “Not every assignment is going to be wonderful, but if you find the right people, you can always make the best of it. Nothing is ever certain but watching the Space Force grow into itself has been incredible to watch.” 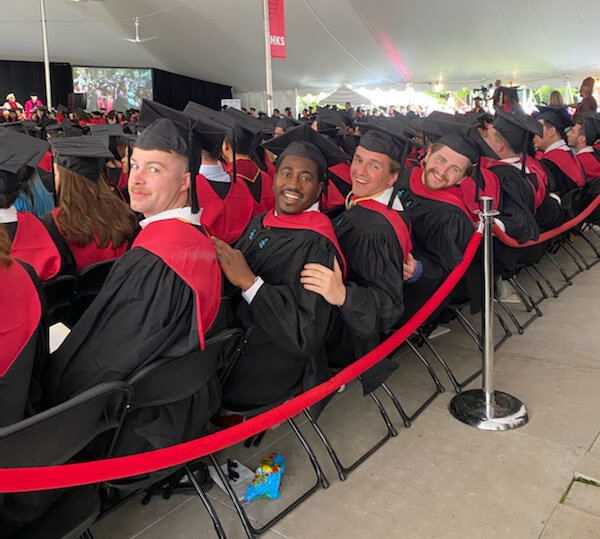 1st  Lt. Coen Williams (left) sits with his classmates during graduation from Harvard Kennedy School of Government, where he received a Master in Public Policy, May 2022. Williams worked as a support officer to the Combined Forces Space Component Command commander’s action group. (Courtesy photo by 1st Lt. Coen Williams)

Since the Class of 1959 and Col. Karol Bobko, NASA has selected 40 graduates for astronaut training. Most recently, Nichole Ayers, Class of 2011, joined NASA’s 2021 Astronaut Candidate Class. Col. Raja Chari, Class of 1999, spent 177 days on the International Space Station and is a member NASA’s Artemis program, making him eligible for future moon missions.

Chari is not the only grad connected to Artemis, explained the head of the Department of Astronautics, Col. Luke Sauter.

“For years now, cadets have been participating in research efforts to support Artemis in conjunction with NASA. Artemis continues to excite and motivate cadets toward careers in space in and out of Air and Space Force service,” Sauter said. “I believe Artemis will continue to show cadets the truly unique educational experience they receive learning astronautics as a part of their core curriculum.”

The Academy continues to train and educate cadets to meet future space missions. Currently, there are more than 180 cadets majoring in space-related fields and over 60 minoring in space warfighting. Plus, since 1958, all cadets have taken core astronautics, a space fundamentals course, as part of their core classes.