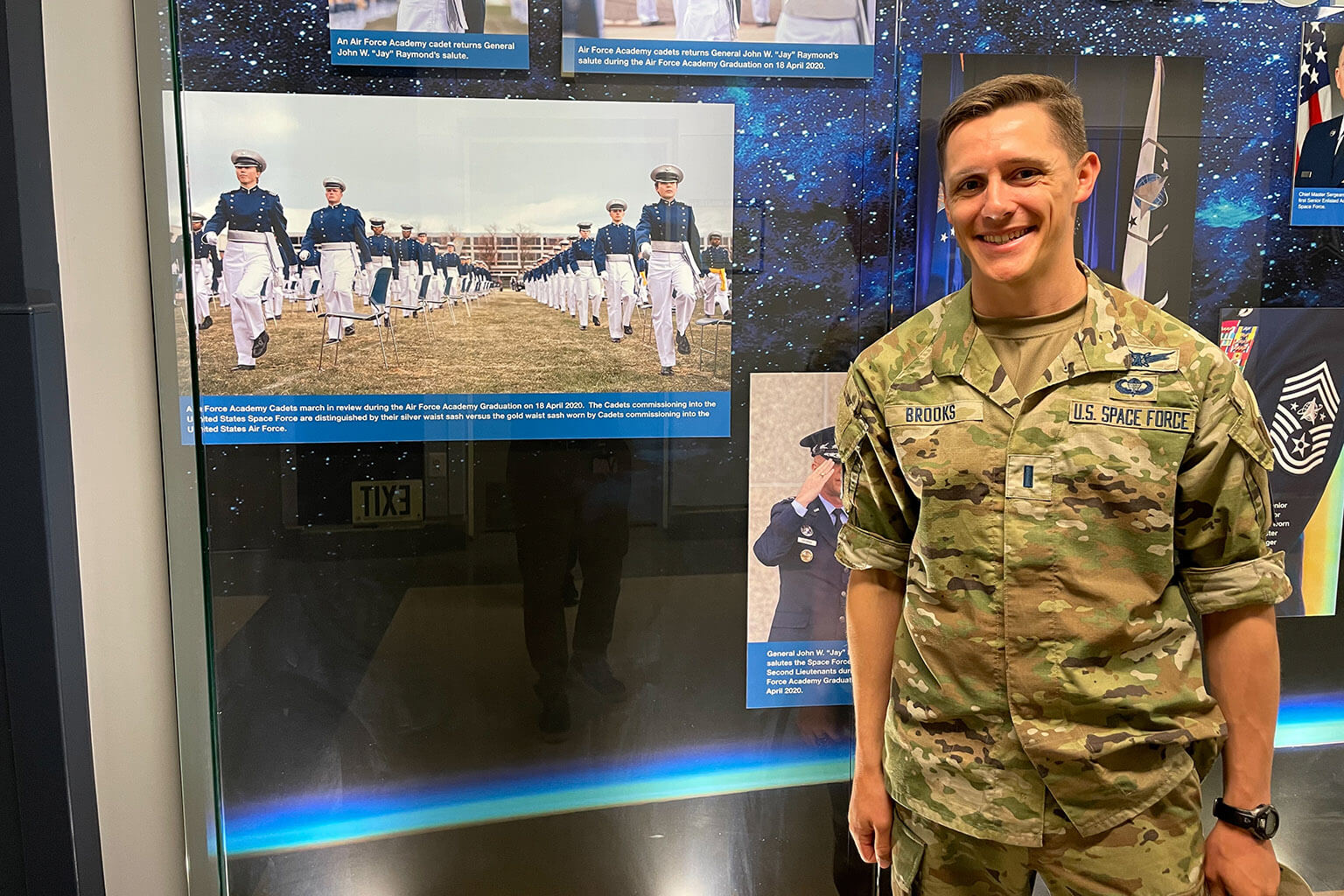 U.S. AIR FORCE ACADEMY, Colo. – When 1st Lt. Aaron Brooks graduated from the U.S. Air Force Academy in 2020, he became one of 86 cadets to commission into the newly established U.S. Space Force. Brooks, along with his peers, are the first Academy grads to lead Guardians.

Brooks took time out of his busy schedule to share his experiences and thoughts.

When did you develop an interest in a space-related career field?

Answer: I’ve wanted to serve in military space operations ever since I was a little kid, melding my passion for space and serving the United States. Growing up, I knew that my goal was to attend the U.S. Air Force Academy and serve in Air Force Space Command.

What did you think when the Space Force was officially created in 2019?

Answer: I was thrilled that space finally had its own military service and that my class would be the first to commission into it! A few of us wondered how the Class of 1948 at West Point, which was the first to directly commission new lieutenants into the U.S. Air Force, must have felt.

How did the Academy prepare you for your job in the Space Force?

Answer: Being part of the Academy’s Cadet Space Operations Squadron, more than any other program at USAFA, prepared me for a career as a Space Force officer. I learned the technical nature of operations flying FalconSAT-6, but also the human aspect of leadership and instruction from the officers and enlisted members who mentored us.

It’s easy for people to forget that Space Force officers, like their counterparts in the Air Force and Army, are first and foremost leaders of people and not machines. No amount of technical knowledge can make up for lack of leadership, and the Air Force Academy is in the business of leadership development. 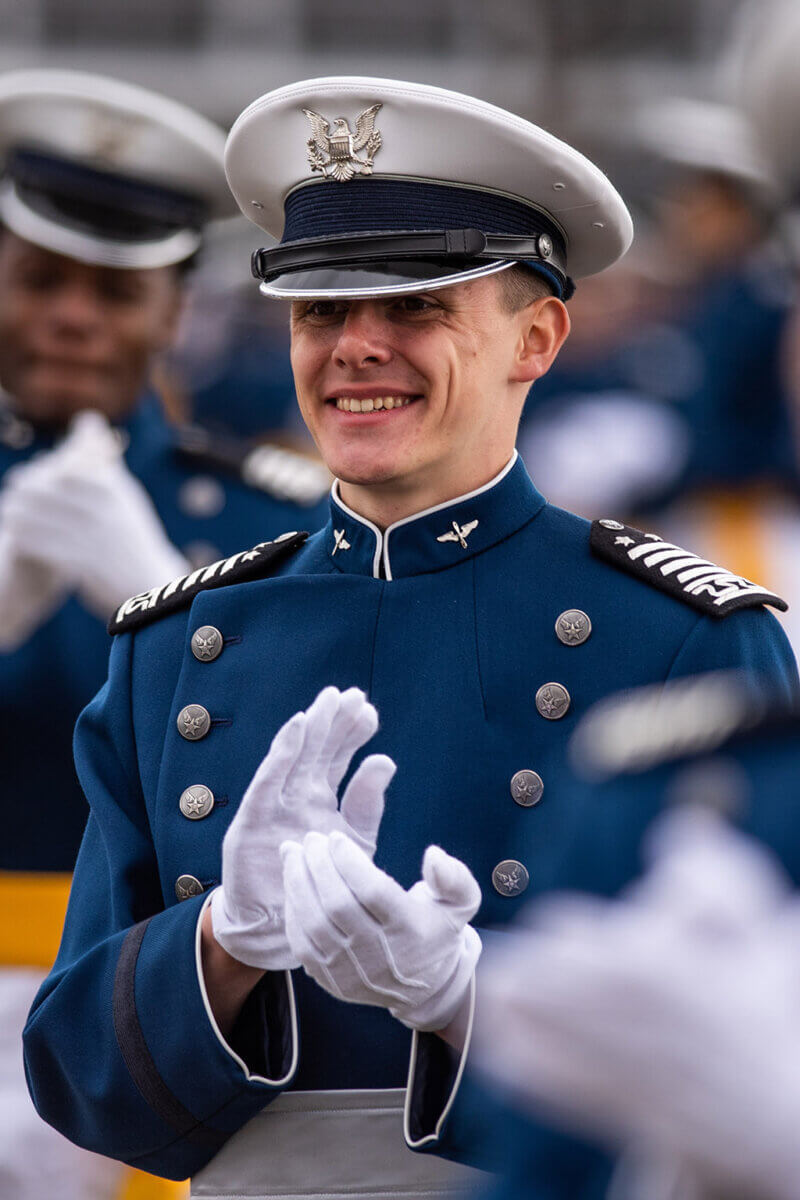 What’s most challenging about your job in the Space Force?

Answer: While military space operations are decades old, the Space Force is still very new and still trying to define ourselves and our culture. Young officers and Guardians are the ones defining what we want our culture to be, giving us a once in a lifetime opportunity to define who we want to be and what we want to stand for.

What’s most rewarding about your job in the Space Force?

Answer: Leading Guardians is the best part of my job! Spacecraft and space systems may be the most visible part of the Space Force, but they are nothing without Guardians to operate and maintain them.

What advice would you give to others who would like to attend the Academy and enter the Space Force?

Answer: Be resilient! There will be setbacks and there will be challenges – if you overcome and learn from them, you will be stronger for it. My old calculus professor at the Academy told me “no one will remember how you did in Calculus (I did not do well), but they will remember the resilience you showed.”

The Academy is the premier undergraduate commissioning source for the Space Force and continues to motivate, inform and inspire cadets who are ready to become Guardians. The space-related programs offered at the Academy provide a solid foundation to launch a career with the Space Force and the opportunity to mold America’s newest military branch.