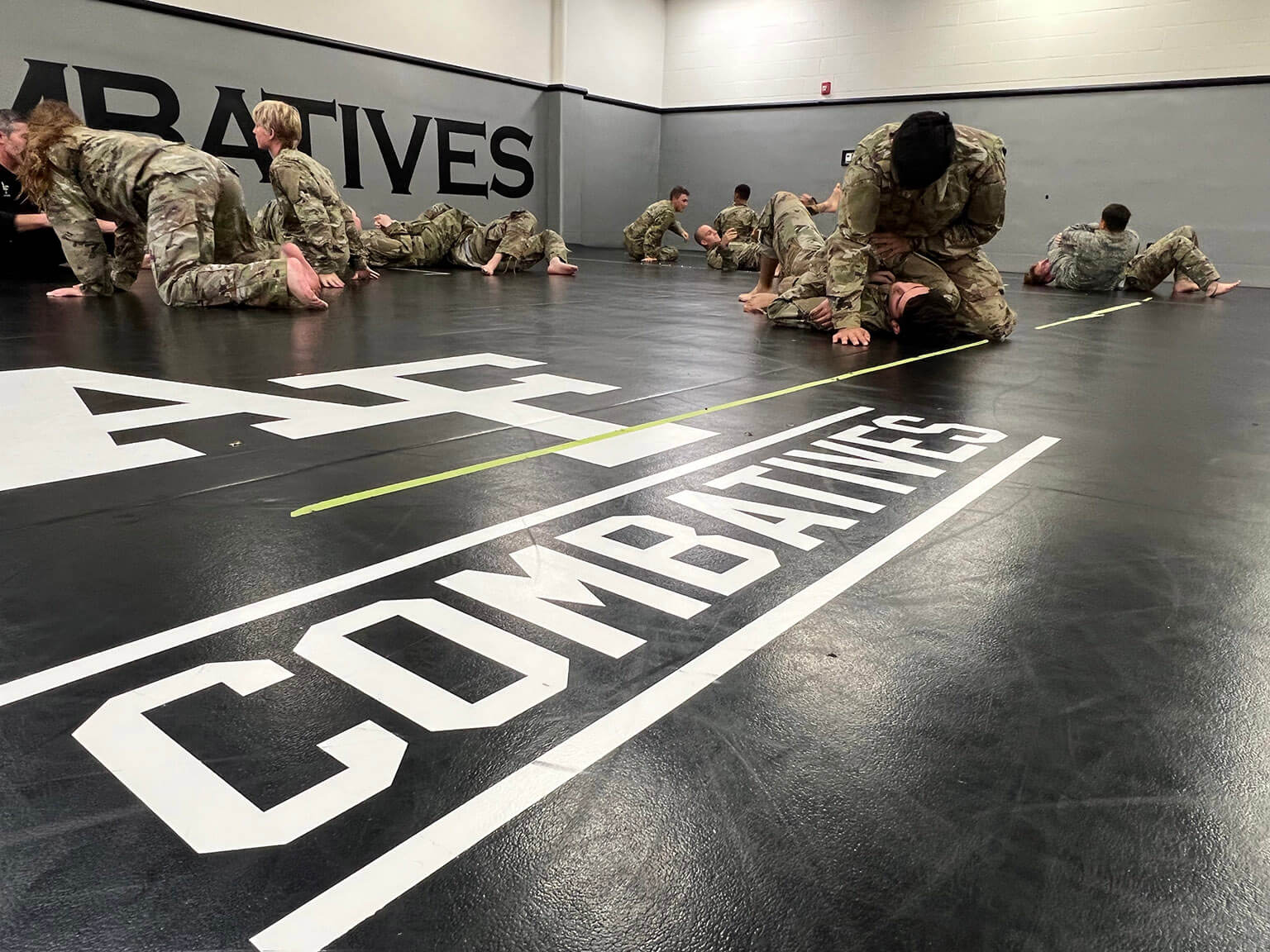 U.S. AIR FORCE ACADEMY, Colo – Americana, guillotine, shrimp and scissor sweep. What do these all have in common? They are terms used in combatives courses at the U.S. Air Force Academy.

Combatives I and II are two of the 10 physical education courses cadets are required to complete. These courses teach cadets to react under pressure, develop self-confidence and demonstrate the mental toughness required to survive and prevail in unarmed combat situations. The Air Force Combatives Center of Excellence develops and instructs the curriculum for cadets, as well as the combatives curriculum used throughout the Air Force and Space Force.

“We bring operational experience of the Air Force to cadets and the skillset is a piece of continuity throughout their career,” says Dave Durnil, the center’s chief of training and education.

These skills are crucial for any Airman or Guardian because Durnil explains it’s about much more than learning hand-to-hand combat skills, “Combatives is a great way of teaching decision making, specifically ethical decision making, under high stress. There are many Air Force jobs or situations where these skills are needed, and for certain career fields they are used on a day-to-day basis.”

Cadet 2nd Class Anglina LoCricchio says she hopes to never have to use the maneuvers she’s learning, but acknowledges “we are in the military and if push comes to shove and if I’m deployed I may find myself in a situation where I need to rely on this training. Knowing this is really useful.”

LoCricchio also says this is her favorite PE course, “It’s hard, but it’s a good kind of hard. That’s the whole point of the class – being able to perform in a high stress environment.”

Combatives has been taught throughout the Academy’s history and through the years evolved based on mission requirements.  Today it is incorporated in the pugil stick competition during Basic Cadet Training, the combatives PE courses typically taken during junior year, as well as a combatives club.  Throughout the curriculum, cadets learn and practice various hand-to-hand combat moves and, as importantly, when to use them.

“A big part of this course is developing mindset.” says Durnil. “It’s impossible to teach mindset through a presentation. People have to be put in a situation to grow. We want to develop that, simulate a certain amount of stress to develop appropriate use of force in difficult situations.” 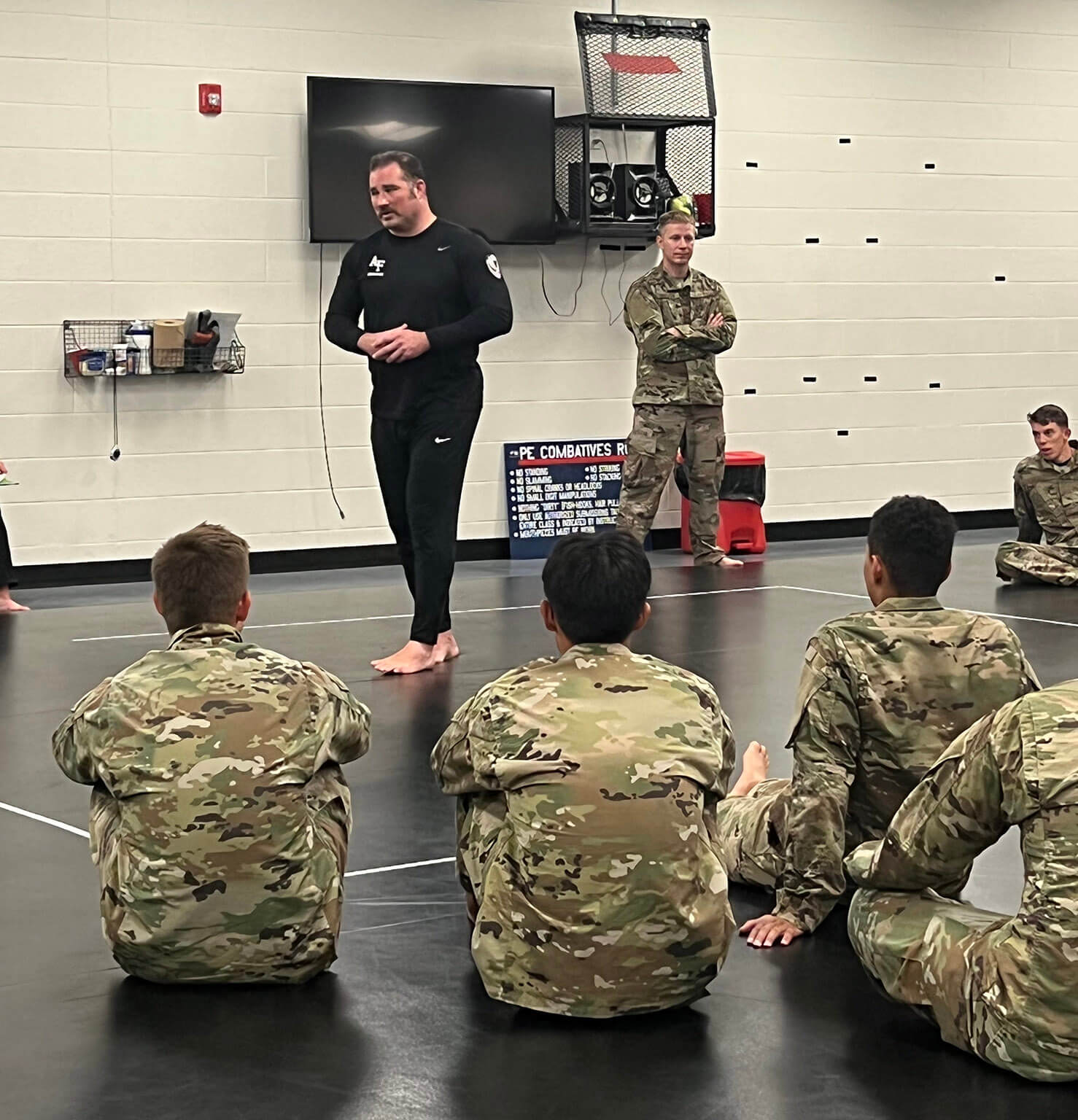 During Durnil’s 13 years at the Academy, he says he’s seen many of his former cadets return to participate in the master instructor course later in their active duty career.