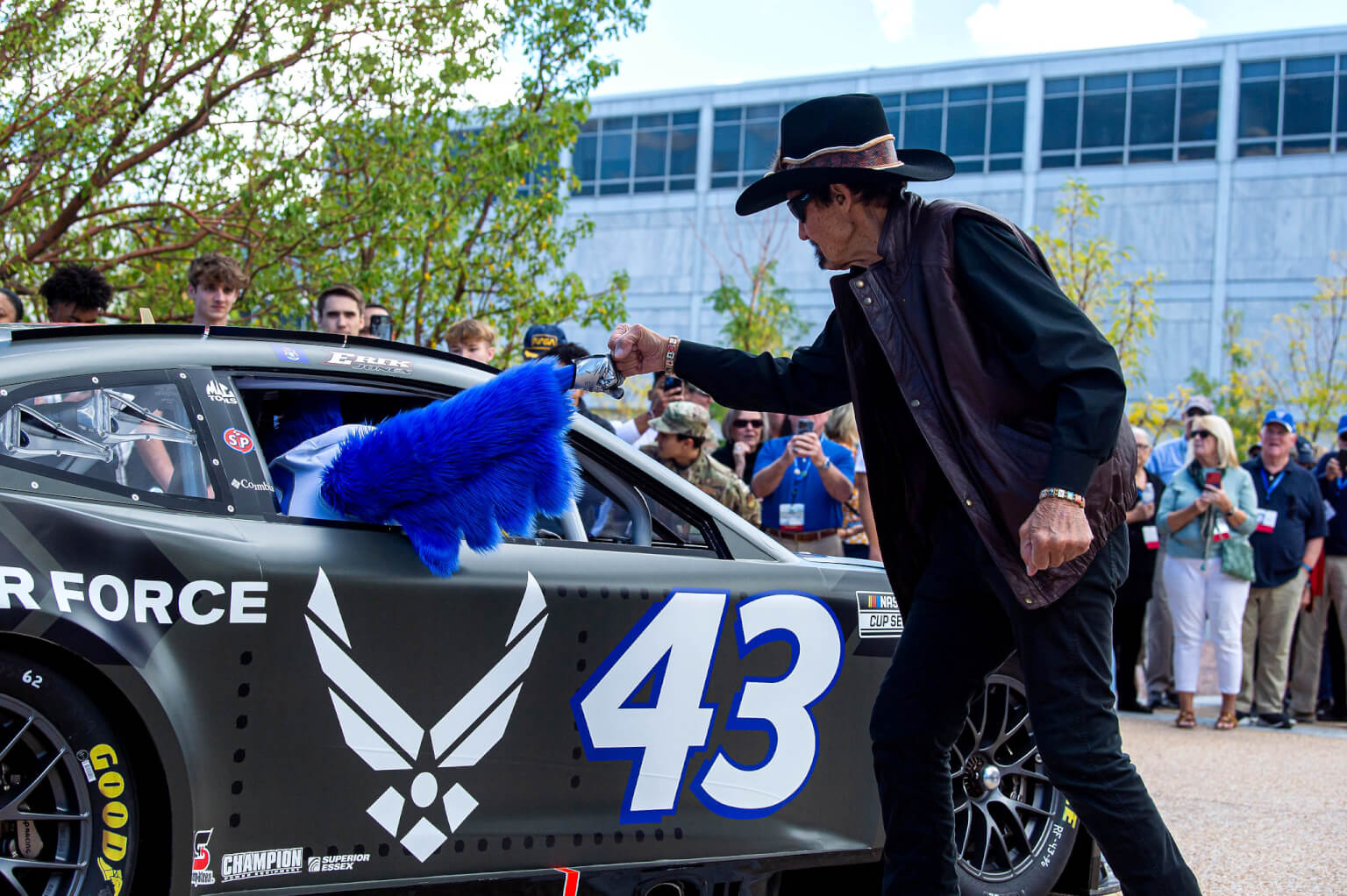 Mitchell Hall erupted with applause and the clanging of furniture when Academy Superintendent Lt. Gen. Richard Clark introduced the NASCAR legend during his visit to the school. Petty joined a group of cadets at their table for lunch after his introduction to the cadet wing.

“To be able to come here and see the Air Force Academy has really been an education,” Petty said. “We all know about the Academy but it’s good to see it firsthand.”

Petty said he was humbled by the wild applause and cheers from cadets in the packed dining hall.

“It was amazing,” he said. “To meet these cadets who are helping protect our country … It was a very warm welcome.”

Petty signed autographs for scores of cadets while retired Lt. Gen. Jerry Martinez, a 1986 Academy graduate, and the Petty GMS team showed-off the race cars: two NASCAR Next Gen Chevy’s branded to represent the Air Force and the Space Force with 670-horsepower engines capable of speeds above 200 mph. Martinez is the vice president at Allegiant Air, and consultant for the Petty GMS team based in Statesville, North Carolina,

The visit was conveniently timed for more than 1,000 Academy graduates attending reunions for the Class of 1962, 1972 and 1977 who found themselves face to face with the NASCAR champion.

Maurice Gallagher Jr., majority owner of Petty GMS, founder of Allegiant Air and current chairman of the board also attended at the event.

“Without Mr. Gallagher’s support, the entire trip to the Academy would not have been possible,” Martinez said.

Martinez explained the link between the Air Force and NASCAR.

“Petty GMS, in their first year of competition, brought together the two powerhouse teams of Petty’s Richard Petty Motorsports and Maury Gallagher’s GMS Racing in December 2021 as part of a joint merger featuring drivers Erik Jones and Ty Dillon,” he said. “With the merger, sponsorship with the Air Force continued with Jones and the No. 43 Chevy, a partnership which has extended for 14 seasons.” 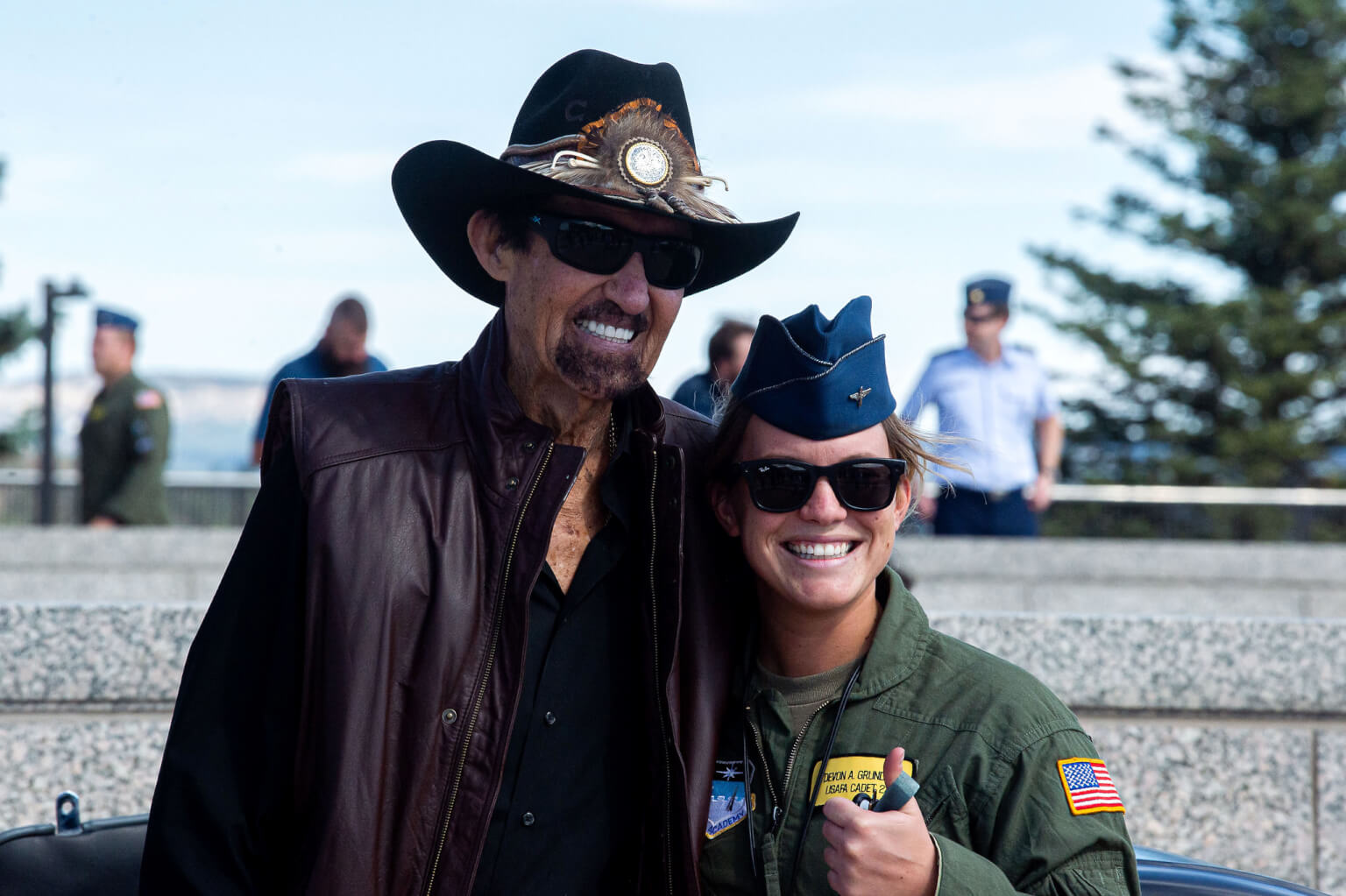 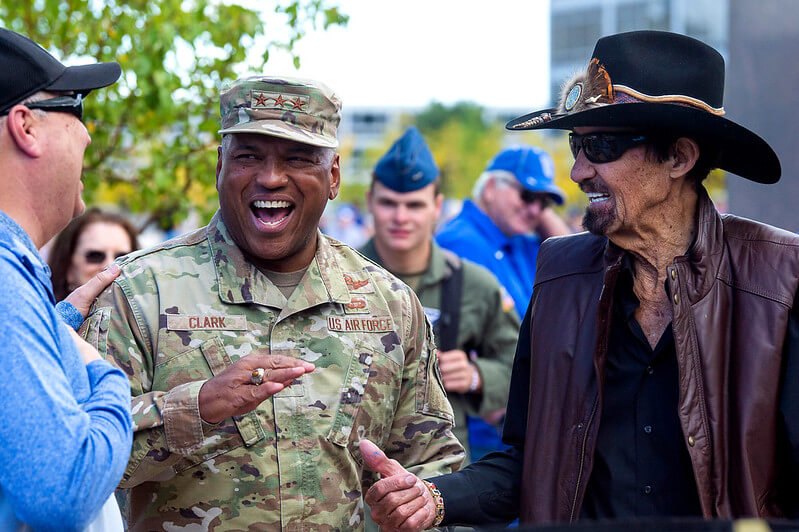