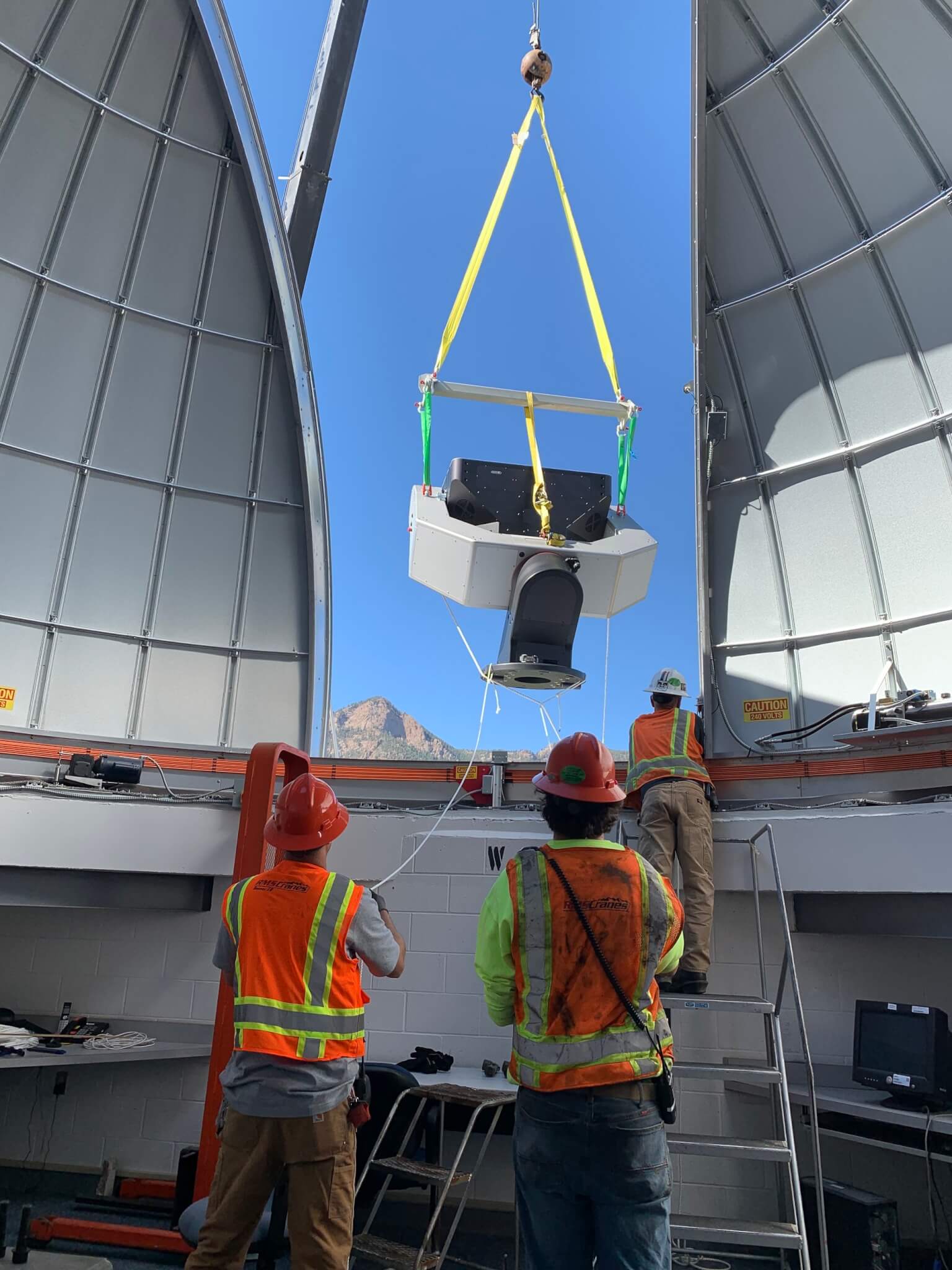 U.S. AIR FORCE ACADEMY, Colo. — Scientists at the Air Force Academy said a $1.25 million project to install a telescope in the school’s observatory should be complete by springtime.

Contractors from the 10th Civil Engineer Squadron, and technicians from the Austrian telescope manufacturer completed the first stage of the project this month when they installed the housing for the 5,000-pound Ritchey-Chretien reflecting telescope.

Associate physics professor and Observatory Director Devin Della-Rose said when complete, the telescope system will support cadet and faculty research projects and connect to the Falcon Telescope Network across the world.

“We’ll use the telescope to study man-made, Earth-orbiting objects and deep-space natural phenomena such as planets orbiting other stars,” he said.

The telescope should be fully functional by springtime and the images it captures can be shared with the general public at the Academy’s Planetarium.

“Featuring a 1-meter primary mirror, the telescope is the largest in Colorado that will be available to the public,” Della-Rose said.

Before then, a camera with a 111-million pixel rate will be installed in the telescope. Each image it captures will contain almost a quarter-of-a-gigabyte of data and be stored on Cloud services. The Academy also plans to buy a high-resolution spectrograph by 2021.

“The last phase [of the installation] will be the automation of the Observatory’s dome,” Della- Rose said. “It needs to be adjusted to move with the new telescope.”

The telescope will be the 12th in the Falcon Telescope Network, which has telescopes installed across the states and in several countries.

“We can remotely operate these telescopes in real time from anywhere,” said Academy Physics Professor Francis Chun. “We try to automate the systems so that the telescopes collect data and download the information to a central server so cadets can pull the data.”

[Editor’s note: The project was funded by several organizations including the Academy Endowment, the school’s Research Office, the Academy’s Gift Funds office, and the 10th Civil Engineer Squadron.]