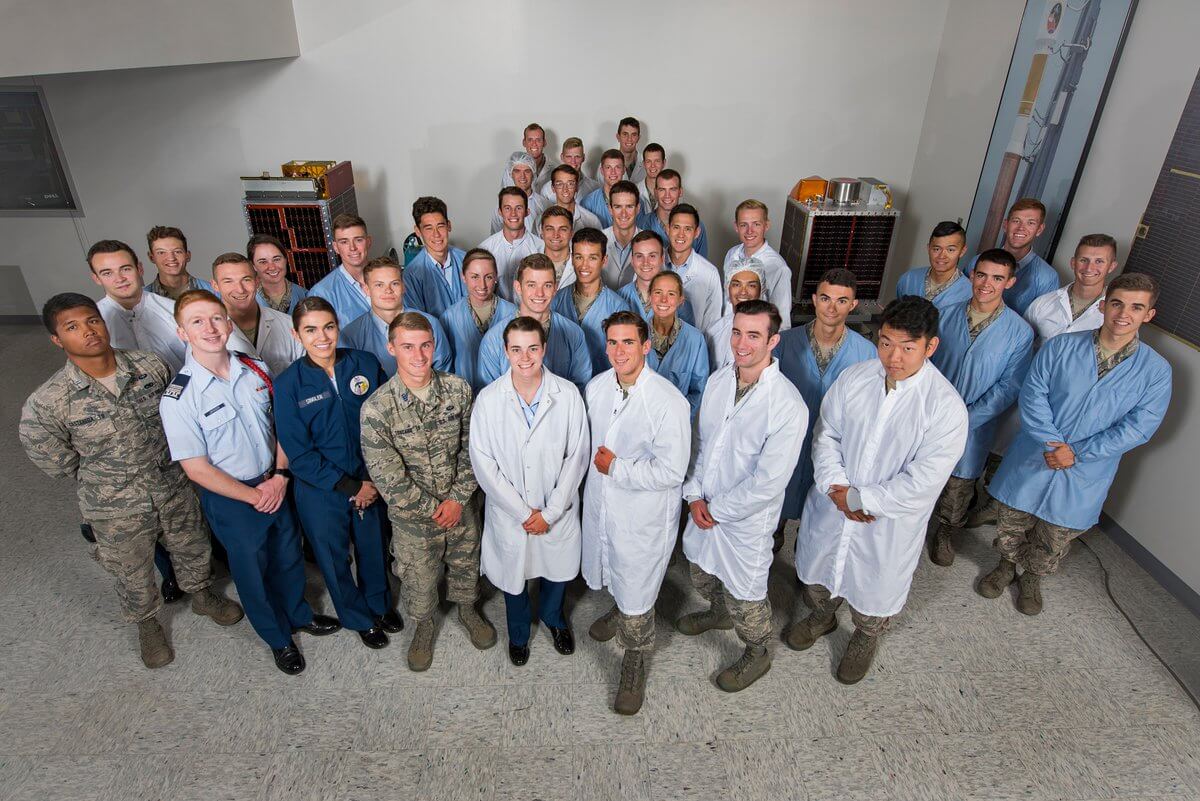 All systems are “go” for FalconSat-6, a 400-pound satellite designed and built by cadets. It’s been in orbit for 10-months, receiving and transmitting information allowing cadets to track the progress of several space-technology projects.

Cadets are developing technology to give pilots mission information during their “debriefs” in three dimensions. If cadets have their way, our pilots will eventually wear 3-D glasses to enhance their understanding of flight-mission goals, results and performance.

A Swarm of Aircraft

Cadets are designing and testing self-governing or “autonomous” unmanned aircraft that operate in swarms to cover military ground units. They’ll be installed with high-bandwidth video stream allowing teams to link-up with command posts and medical experts.

Cadet researchers are helping NASA and our European allies improve the capabilities of Orion, an international spacecraft designed to shuttle four astronauts into-and beyond a low-Earth orbit of 1,242 miles. Cadets are currently researching ways to improve the spacecraft’s flight performance.

Cadets are using artificial intelligence to maximize human performance. The project is in its nascent stage, but the goal is to form cooperative or “symbiotic” relationships between man and technology. Cadets have already used AI to calibrate aircraft trust in flight simulators at the Academy.