The FalconSAT-6 satellite was originally slated for a Nov. 19 lift-off but modifications and a change of launch vehicles delayed the launch.

“It’s always a waiting game,” he said. “Delays are not unexpected when you’re riding on a rocket.”

The satellite launched attached to a SpaceX Falcon 9 rocket, powered by liquid oxygen and kerosene-based fuel. It’s one of 64 satellites aboard the rocket as part of Space Flight Industries’ SSO-A SmallSat Express mission.

Steven Hart, chief engineer for the Academy’s Space System Research Center, said the satellite will circle the Earth every 90 minutes at 17,000 mph once in orbit.

Sauter said the launch is another highlight in the Academy’s decades-long relationship with the space industry.

“We had a payload in the early 80s’ on the space shuttle,” he said. “Our cadets are ‘hands-on’ engaged with our industry partners and customers to build satellites.”

“My biggest takeaway was how much everyone valued what they were doing,” Conner said. “Each and every team had a project they spent millions of dollars and thousands of man hours on. Each team was working to finally come to the moment when they would attach their project to a rocket and send it into space, and it was inspiring and infectious.”

The exposure to high-level Air Force programs and global experts in the space field is an officer development opportunity built into the FalconSAT capstone, said Maj. Daniel Showalter, director of the Academy’s Space Systems Research Center.

“It’s a lot of operational experience,” he said. “They really get an appreciation for the complexity and risk involved.”

“[The cadets] are making the transition from equations on paper to working with hardware, which is a completely different exercise,” Showalter said. “At the fundamental level, they’re learning what it means to be a good engineer.”

“I learned the importance of how to use the people around you to their best so that the project is getting done on time and efficiently,” Saunders said.

Showalter said Golding and the other cadets know mission outcomes are never certain, but any setbacks with the FalconSAT program become learning opportunities.

“We can’t grow into officers who are afraid to fail,” Golding said. “We have to be willing to take those risks to keep advancing in space and keep coming up with new technology.”

Showalter said the Astronautics Department expects to make the first contact with the satellite in space at 2 p.m., Dec. 3. 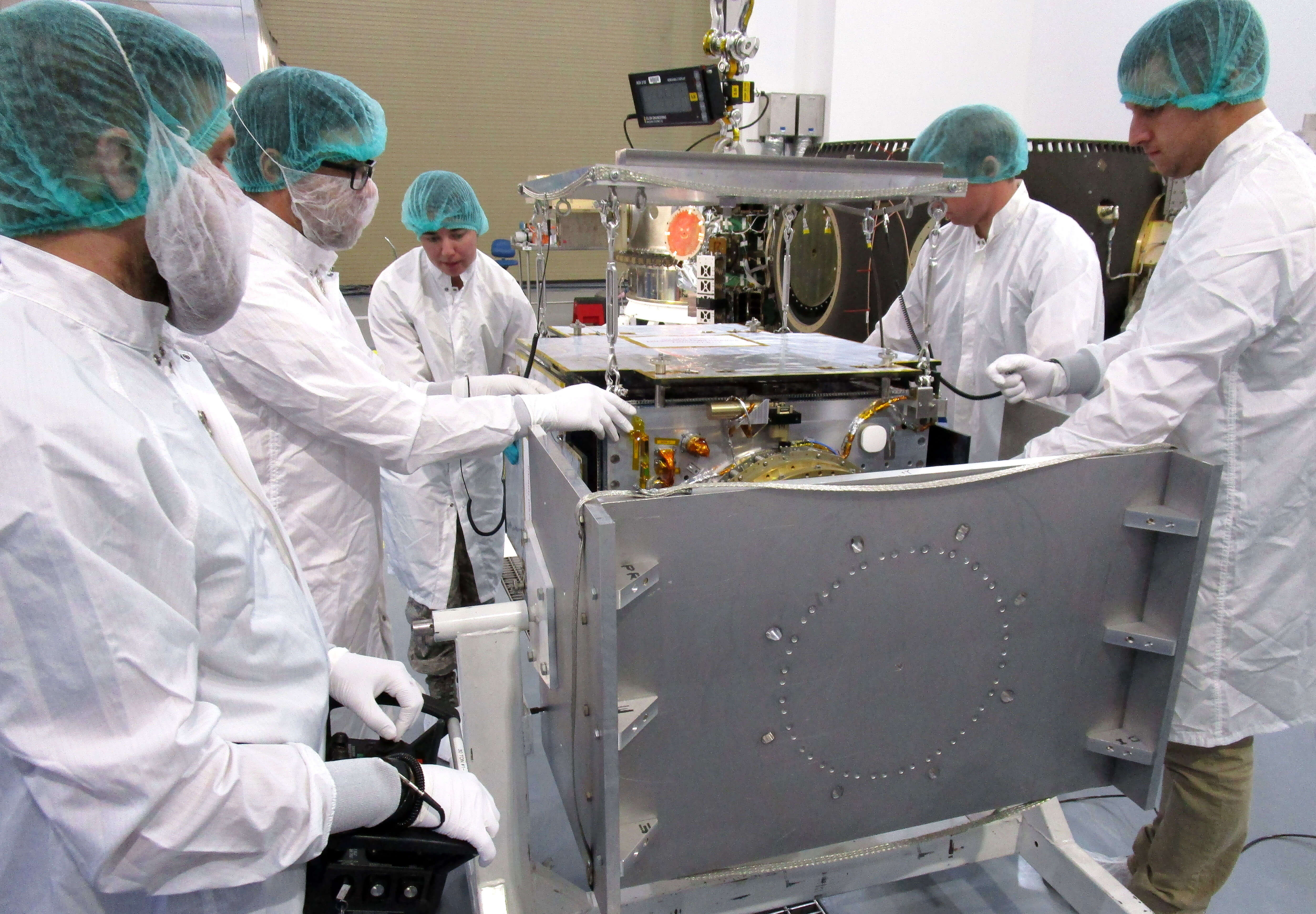 U.S. Air Force Academy cadets clean the components of the FalconSat-6 satellite they and their instructors built at the Academy at Vandenberg Air Force Base, California, in November. The satellite successfully launched into space Dec. 3, 2018 from Vandenberg. (Courtesy photo)