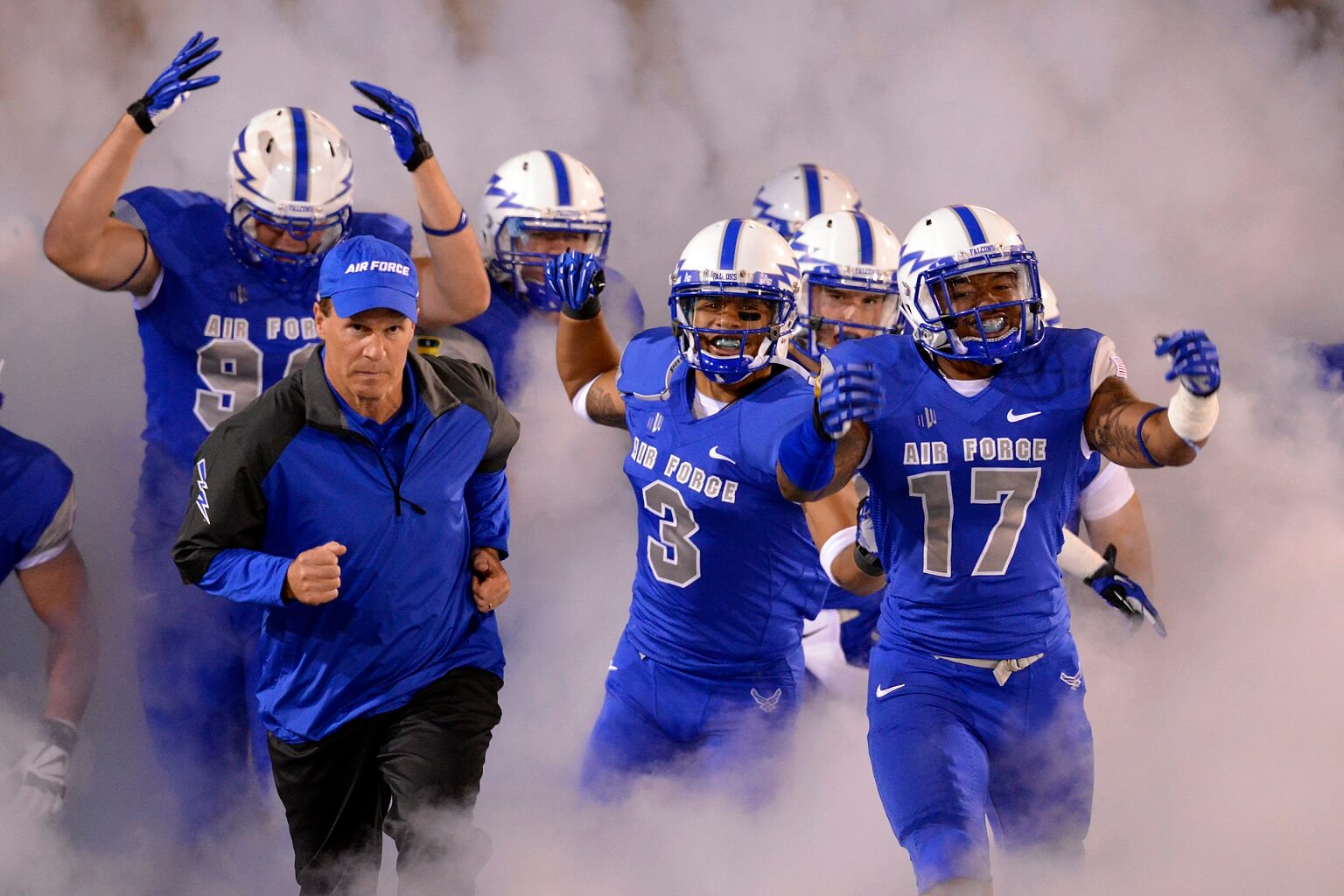 U.S. AIR FORCE ACADEMY, Colo. – Falcon Football at the U.S. Air Force Academy offers many unique and fun traditions that are sure to delight fans of all ages. Here is the definitive guide to Falcon Football season 2022.

The season kicks off during Parents’ Weekend on Sept. 3 as the Falcons play at home against the University of Northern Iowa. Families, alumni and community members will enjoy seven home games.

All times are Mountain. 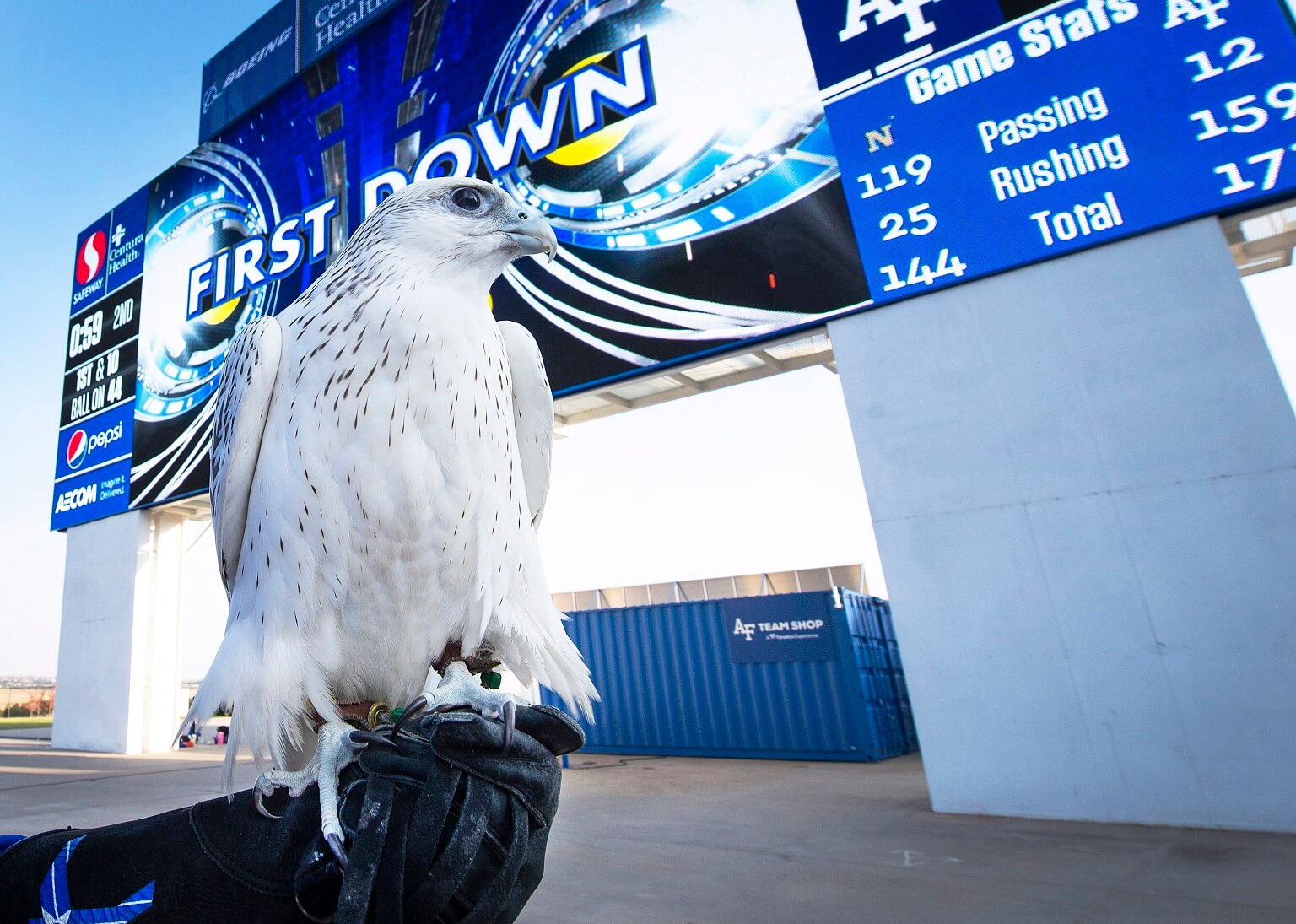 Parking lots open four hours prior to kick-off. New this year guests can purchase RV parking and can tailgate directly from their RVs. Details and pricing are available on Go Air Force Falcons as well as information for guests with disabilities requiring ADA accessibility.

Falcon Alley, located directly in front of the stadium, features vendors, interactive games and booths. This opens three hours prior to the game and is an excellent location to watch the football team arrive. The Drum and Bugle Corps welcomes the team as they arrive on buses at the stadium.

The stadium opens to the public two hours before the game.

Guests will not want to miss seeing the Wings of Blue sky diving team parachute into the stadium. This exciting aerial demonstration is the perfect way to mark the arrival of the football team on to the field approximately 20 minutes prior to kick-off.

The Academy is proud of its majestic live mascots and team namesake. During halftime, cheering spectators enjoy watching the birds soar and dive overhead. Trained and handled by cadet falconers, these birds are sure to impress.

The Academy celebrates every Falcon touchdown at home games with a spectacular fireworks show.

Be sure to follow the new clear bag rule. All bags brought into the stadium must be transparent for security reasons. Click here to see acceptable bags.

Installation security advises fans to use the South Gate as it offers quicker access onto the Academy.

Take advantage of mobile ticketing to expedite entry into the stadium. Guests can show their tickets on their phone. Alternately, print tickets at home to bring to the stadium. 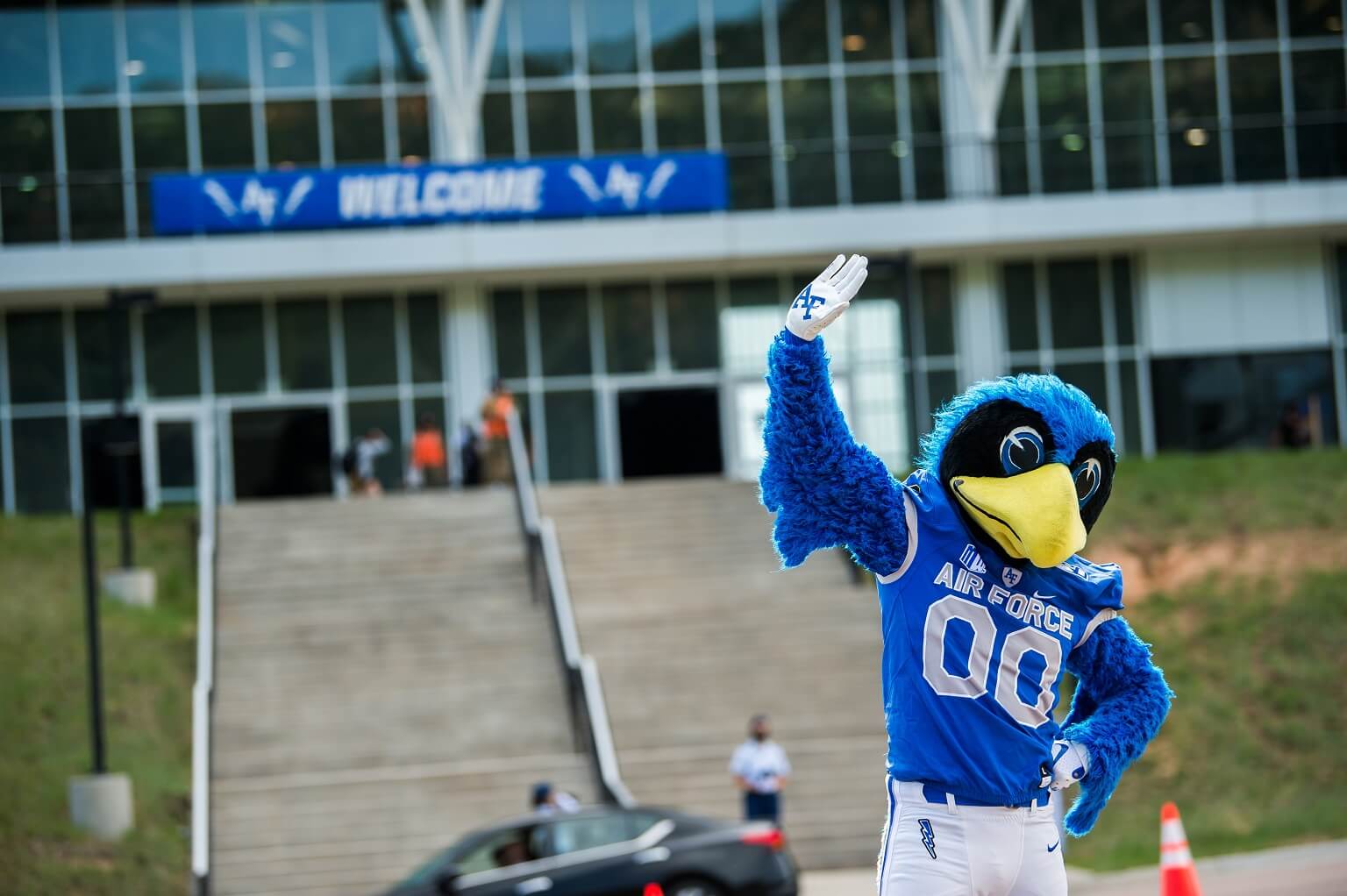 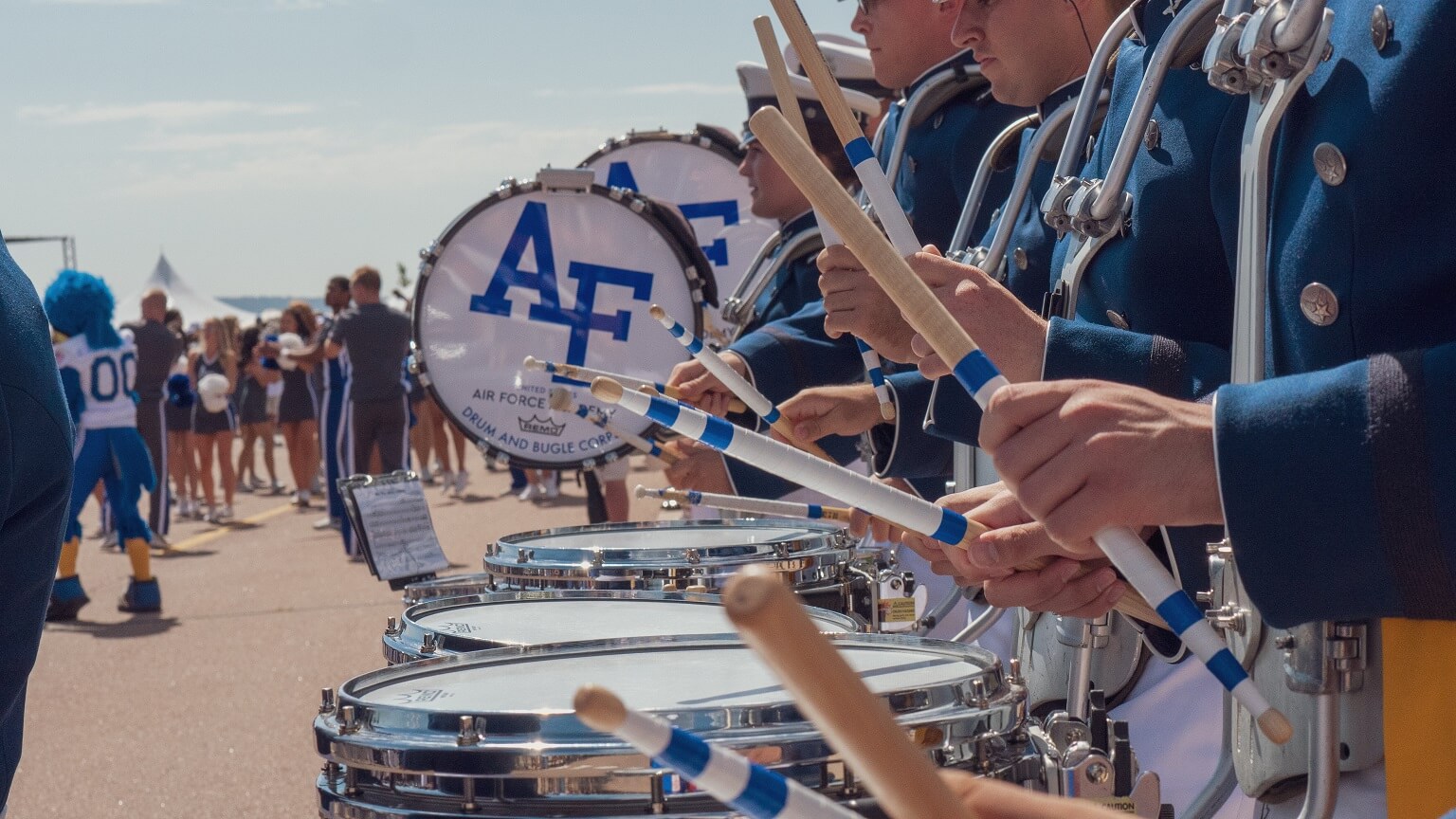 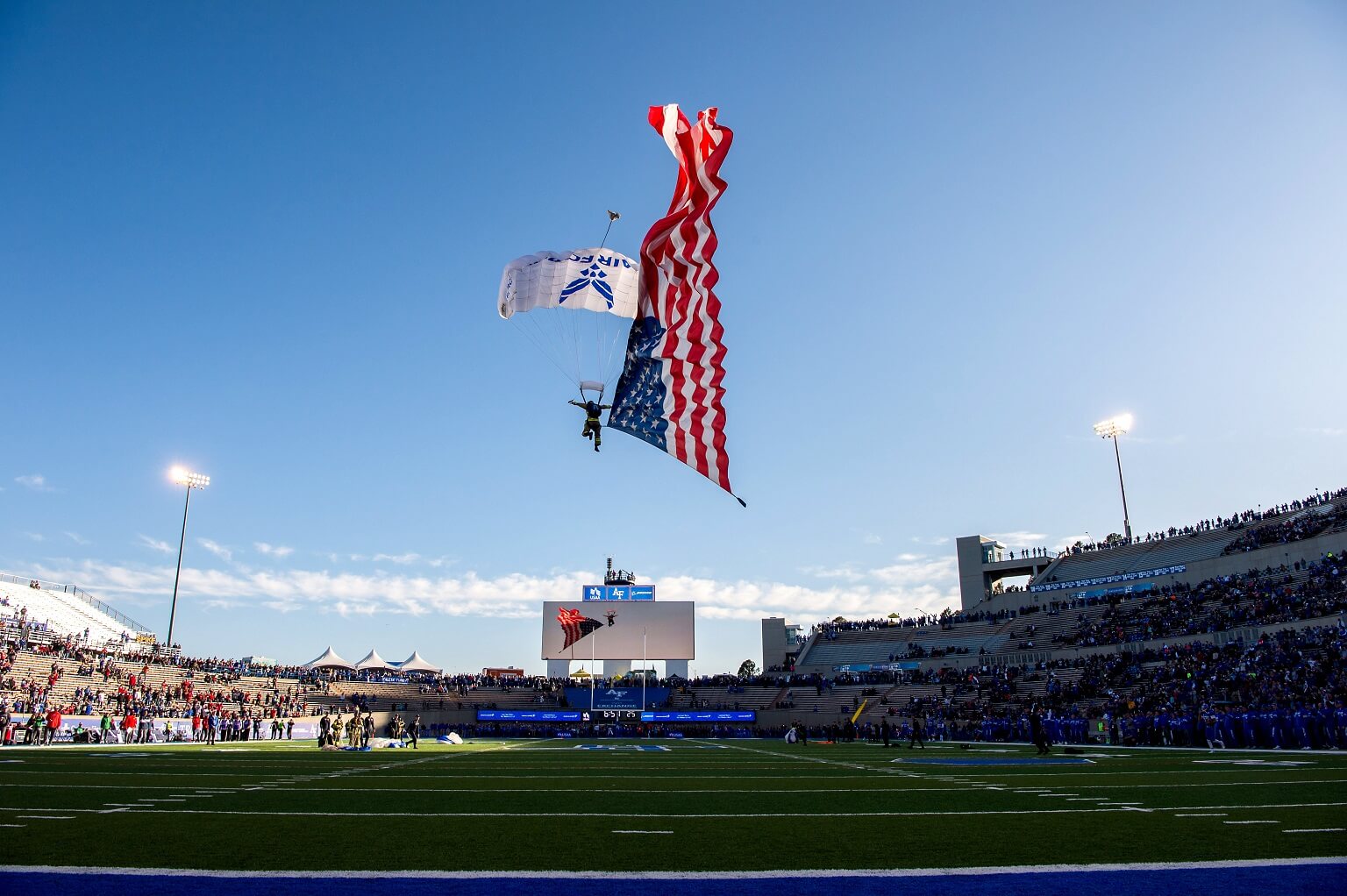 A member of the Wings of Blue parachutes into Falcon Stadium before a football game at the U.S. Air Force Academy, Colorado. Members of the parachute team are also often cadets in their final year at the Academy. (U.S. Air Force photo/Trevor Cokley)