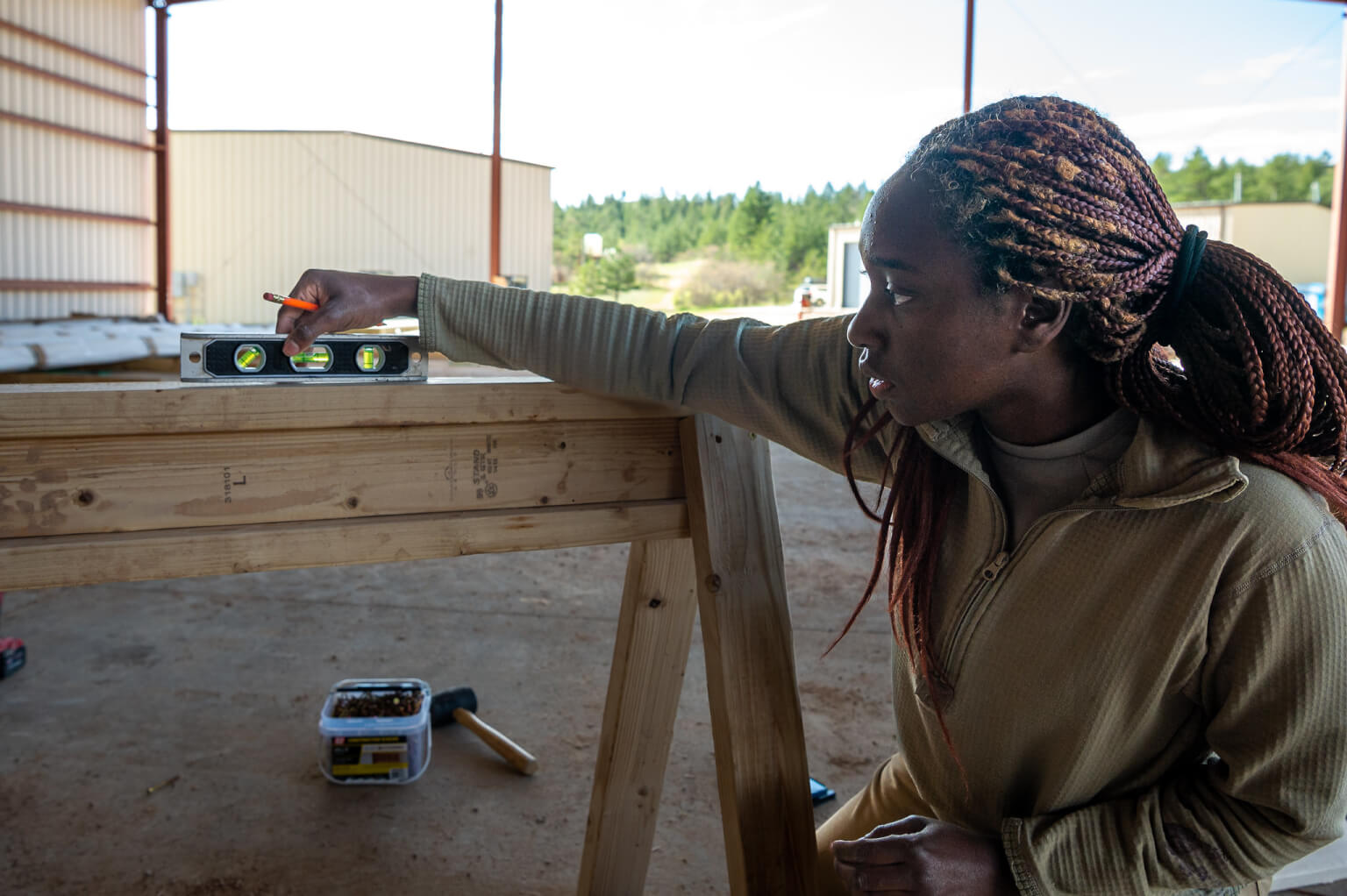 “Your ability to operate in any conflict is critical to our National Defense Strategy and supports Air Force Chief of Staff CQ Brown’s priority of providing the Defense Department with agile combat employment,” Lt. Gen. Richard Clark, the Academy’s superintendent, told civil engineering cadets during a tour of the Field Engineering Readiness Laboratory – “FERL” – in Jacks Valley June 8.

The summertime lab began in 1994 and the 3 credit-hour course represents the cornerstone of the civil engineering major offered at the school, said Col. Joel Sloan, civil and environmental department head.

Loaded with heavy equipment and construction sites, the lab gives civil engineering majors a chance to test their tradecraft in the field: constructing shelters; surveying land; working with metal and steel; and using heavy equipment, including bulldozers and scrapers, all activities they would experience during a deployment.

“The mentorship and teamwork during FERL translates to our Air Force Academy outcomes of developing leaders of character and preparing leaders for future conflict,” Sloan said. “The FERL course contributes to critical thinking by giving cadets the plans, programs and equipment to build civil engineering infrastructure themselves. Roughly 30% of the Air Force’s commissioned civil engineers are Academy graduates who experienced FERL as cadets.”

This year’s FERL course began May 29 and will end June 18.

“It’s a phenomenal program that’s about as hands on as you can get,” Clark said. 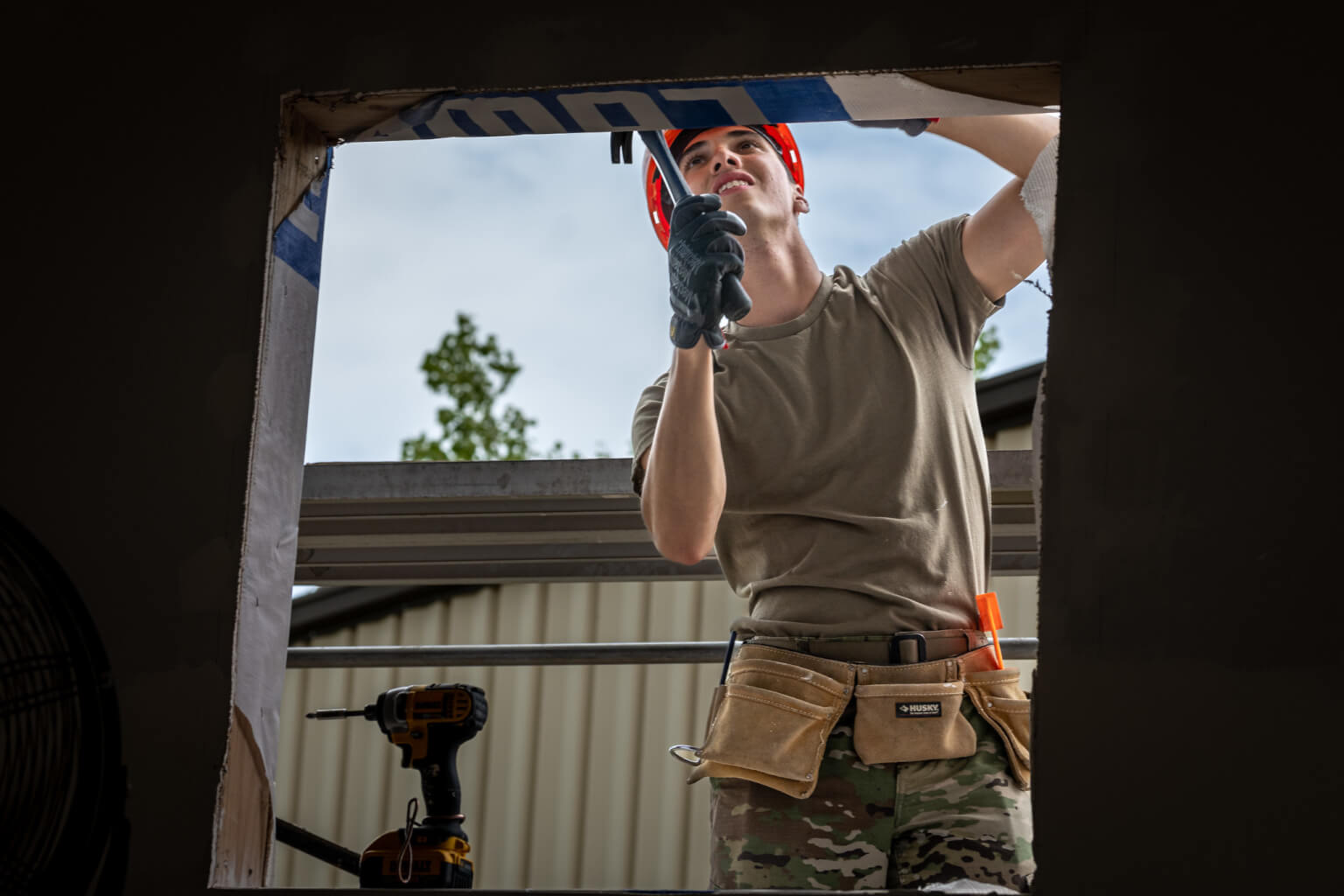 “The idea is to show cadets how relevant engineers are to national security, using the Ukraine example to show how we’re prepping the European command theater for conflict, and tie in our activities into what company grade officer engineers are currently doing,” Frank said. “We’re continuously evolving FERL, making it relevant and related to upper-level curriculum and real world issues.” 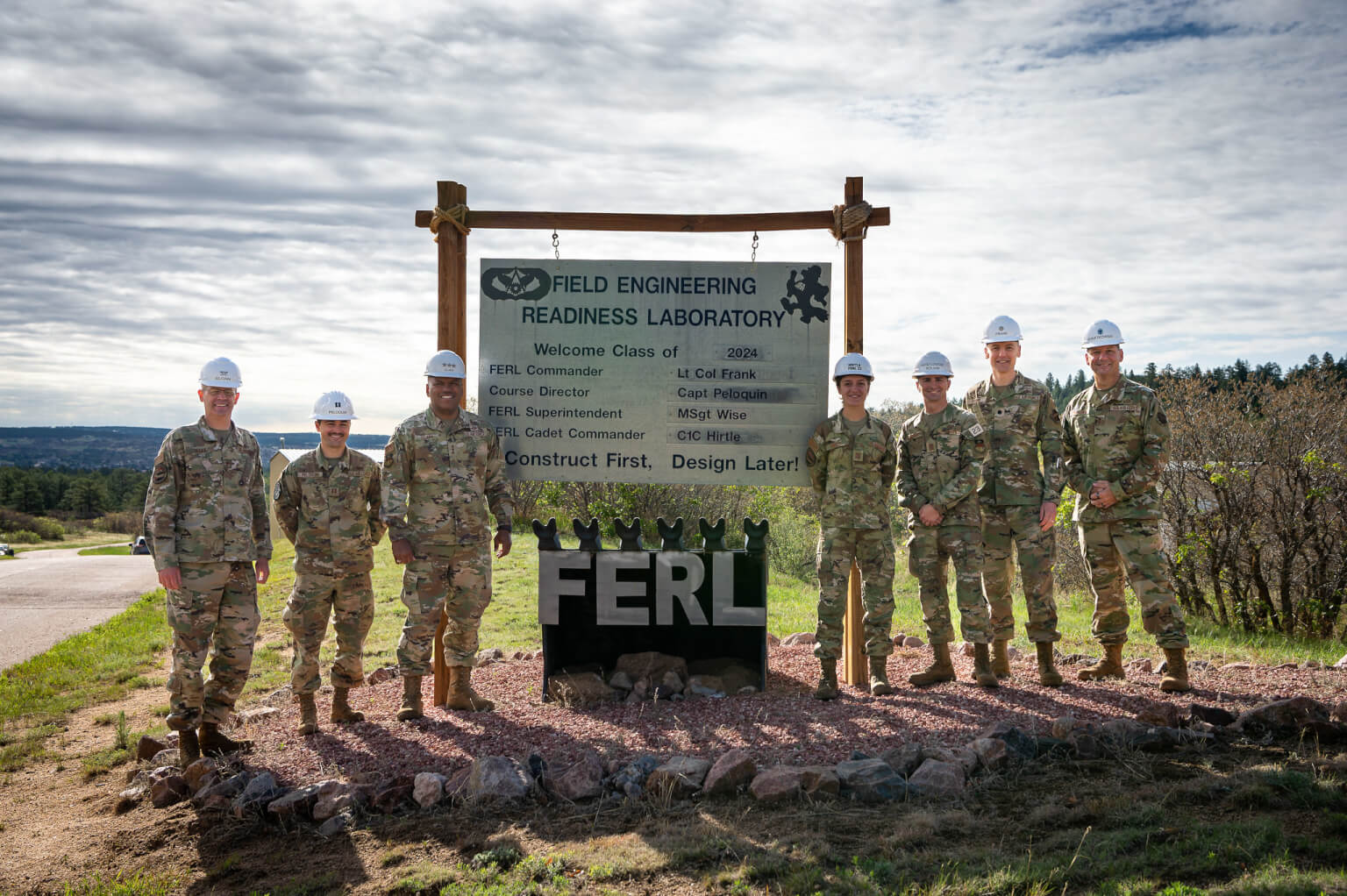 “We come from all over the nation and learn to lead and feed others in a field environment,” he said. “I learn as much from cadets here as I do from anyone anywhere else. I might have more experience but you’d be surprised at how much you can learn from cadets and the other mentors. There’s mutual respect between the NCOs and cadets.”

Cadet 1st Class Sophia Hirtle is this year’s FERL cadet commander and works with Frank and other staff in the department to manage cadets’ lab schedule. She also reports to Clark and Brig. Gen. Linell Letendre, the Academy’s dean, on the status of lab activities.

“FERL gives me the opportunity to experience the upper-level personnel management side of leadership,” she said. “It’s an amazing opportunity that provides cadets with an introduction to civil engineering, what their shops in the Air Force do on a daily basis and gives enlisted mentors the chance to influence future leaders.”

Check out our Flicker album to see more photos of the cadet engineers participate in FERL.