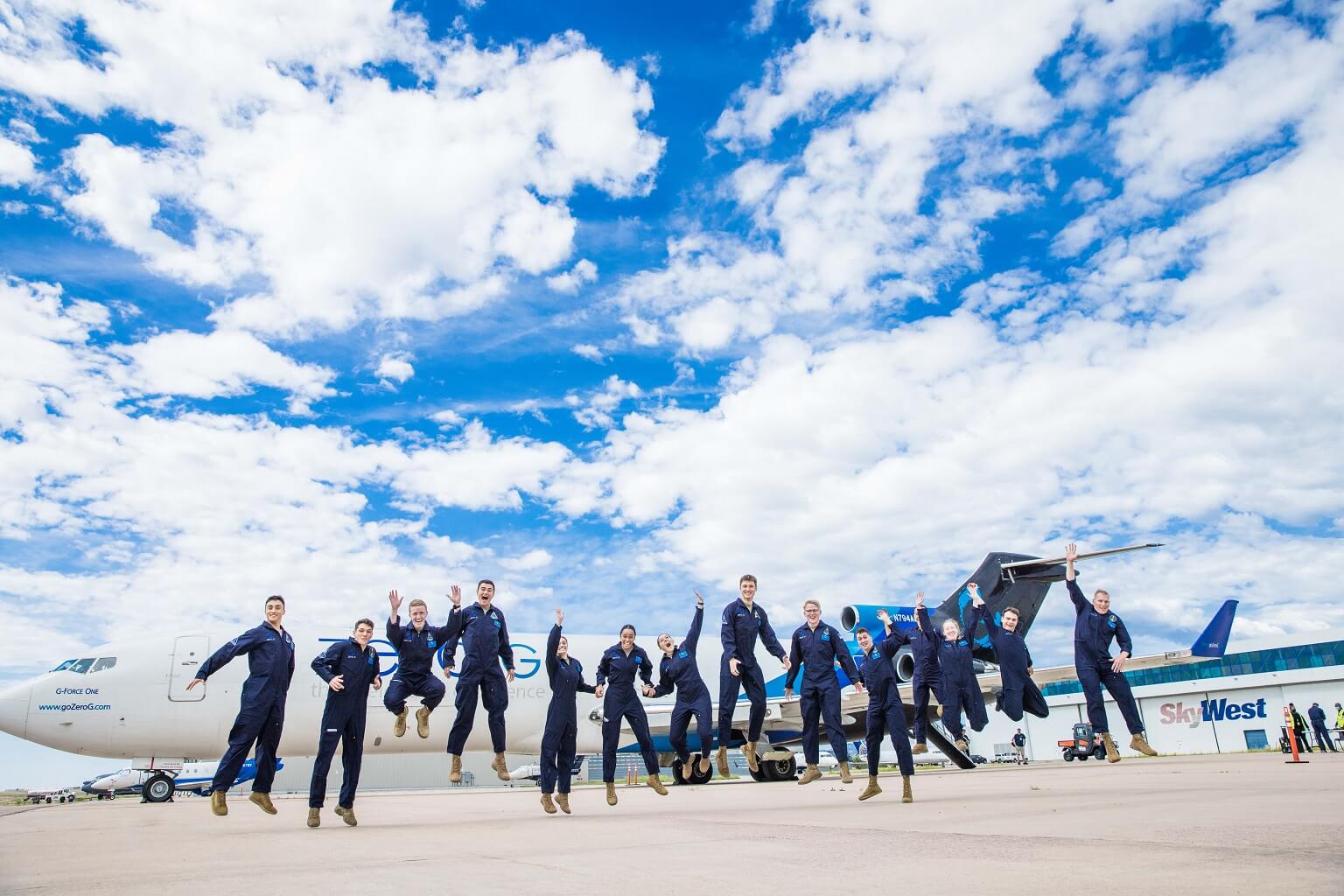 Azimuth is a unique summer program for Academy cadets as well as Navy, West Point and ROTC students considering a commission in the U.S. Space Force.

The two-week opportunity provides an immersive introduction to operations in the space domain.

“Azimuth is the first true [space] guardianship program that is going to create a new path for our cadets,” said Col Jeffrey Greenwood, commander of the Academy’s Delta 13 Det 1 space detachment. “If there are young folks out there that have a vision of wanting to go to space or work in the space domain, we have a path for them.”

Students experienced the effects of zero-gravity by flying on a modified Boeing 727 aircraft, which performed a series of parabolic flight patterns. Cadets experienced twice the Earth’s gravity during a steep and gradual climb. At the top of the parabolic arc, power thrust was reduced and weightlessness began. In these moments of zero and doubled gravity, cadets performed challenges such as push-ups, floating through a hoop, and catching floating water. 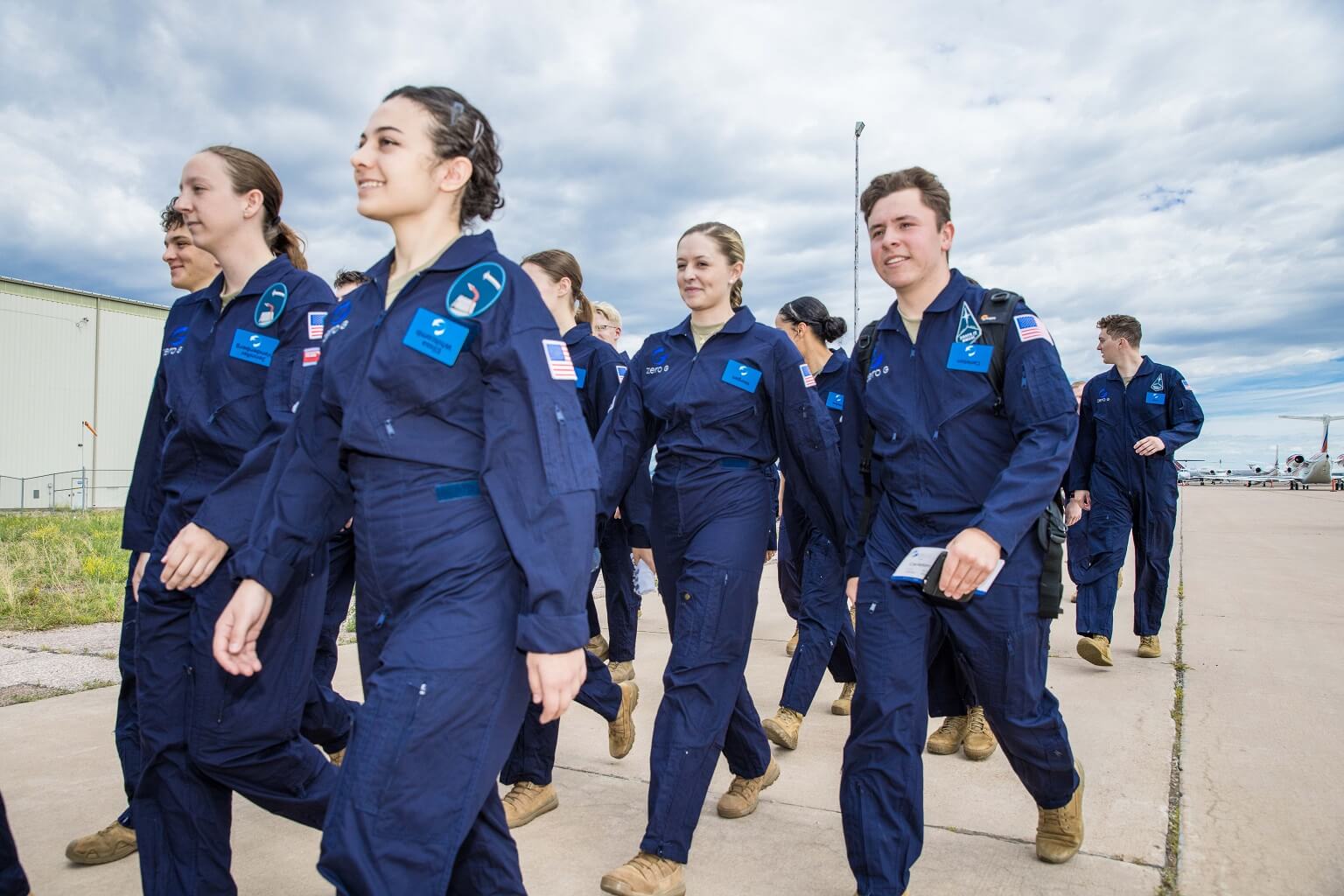 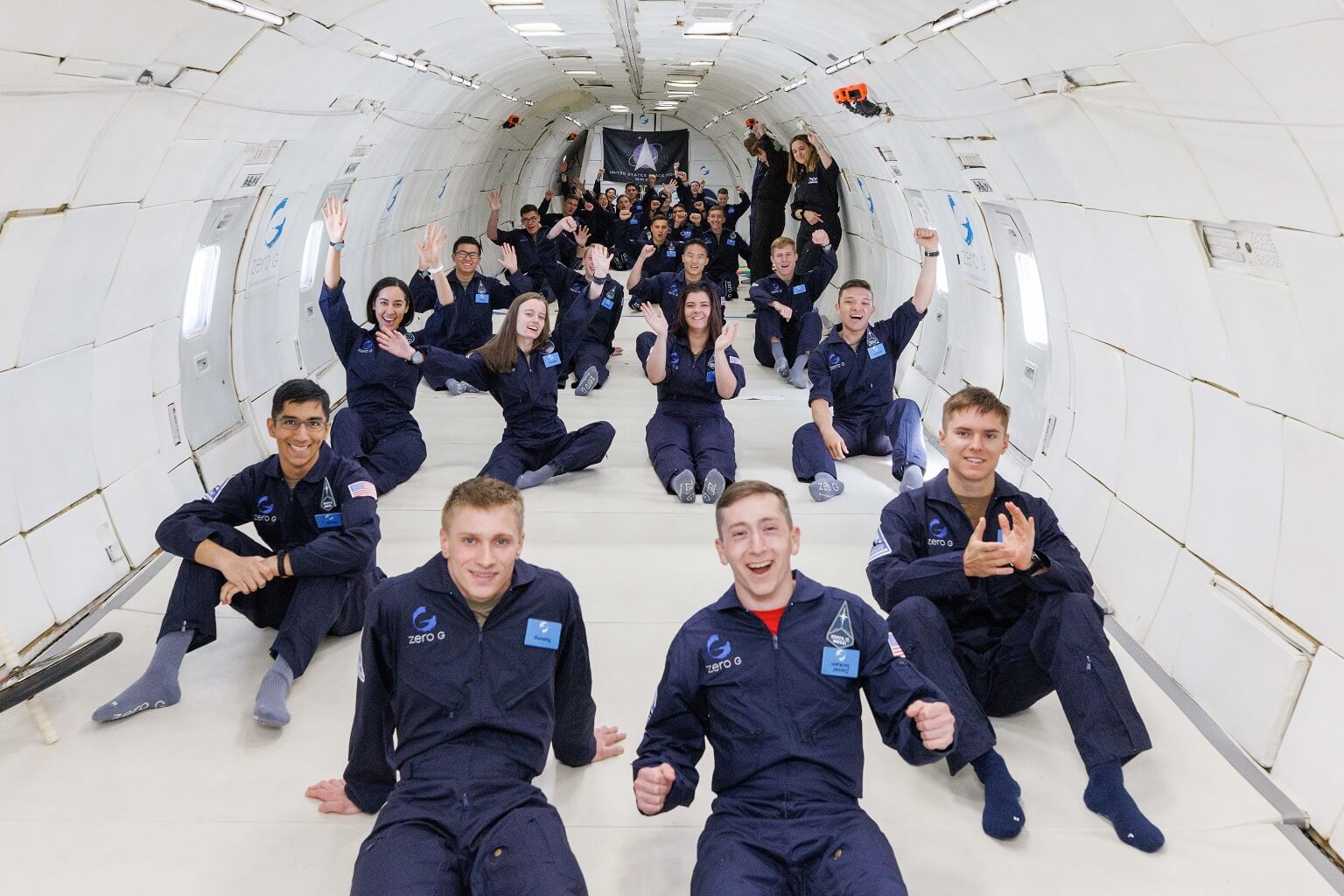 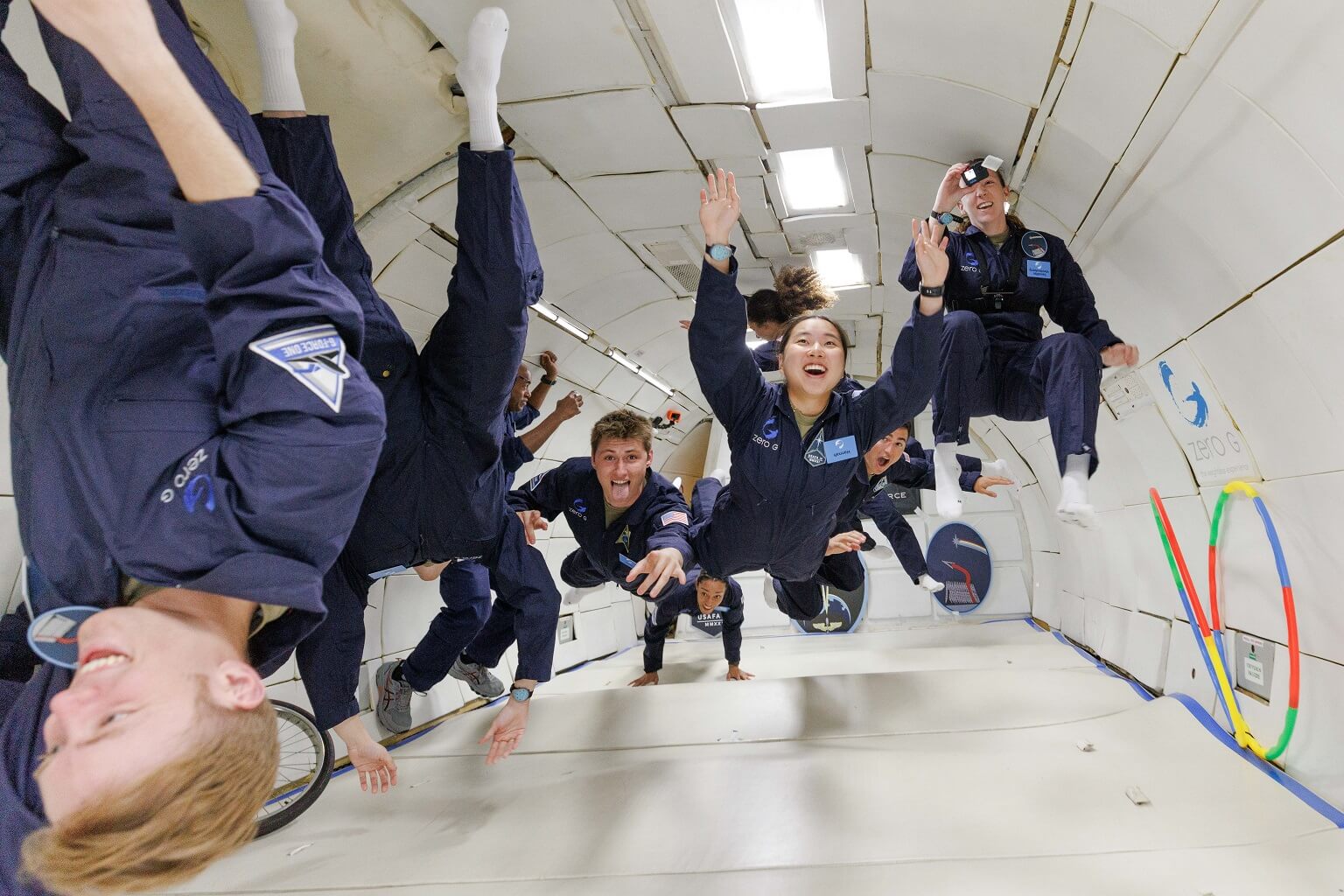 “By experiencing the feeling of weightlessness first hand, it was really easy to make the connection to how difficult it is for astronauts to use tools to work on the International Space Station and how complicated it is to maneuver into different orbits,” said cadet participant Zachary Szvetecz. 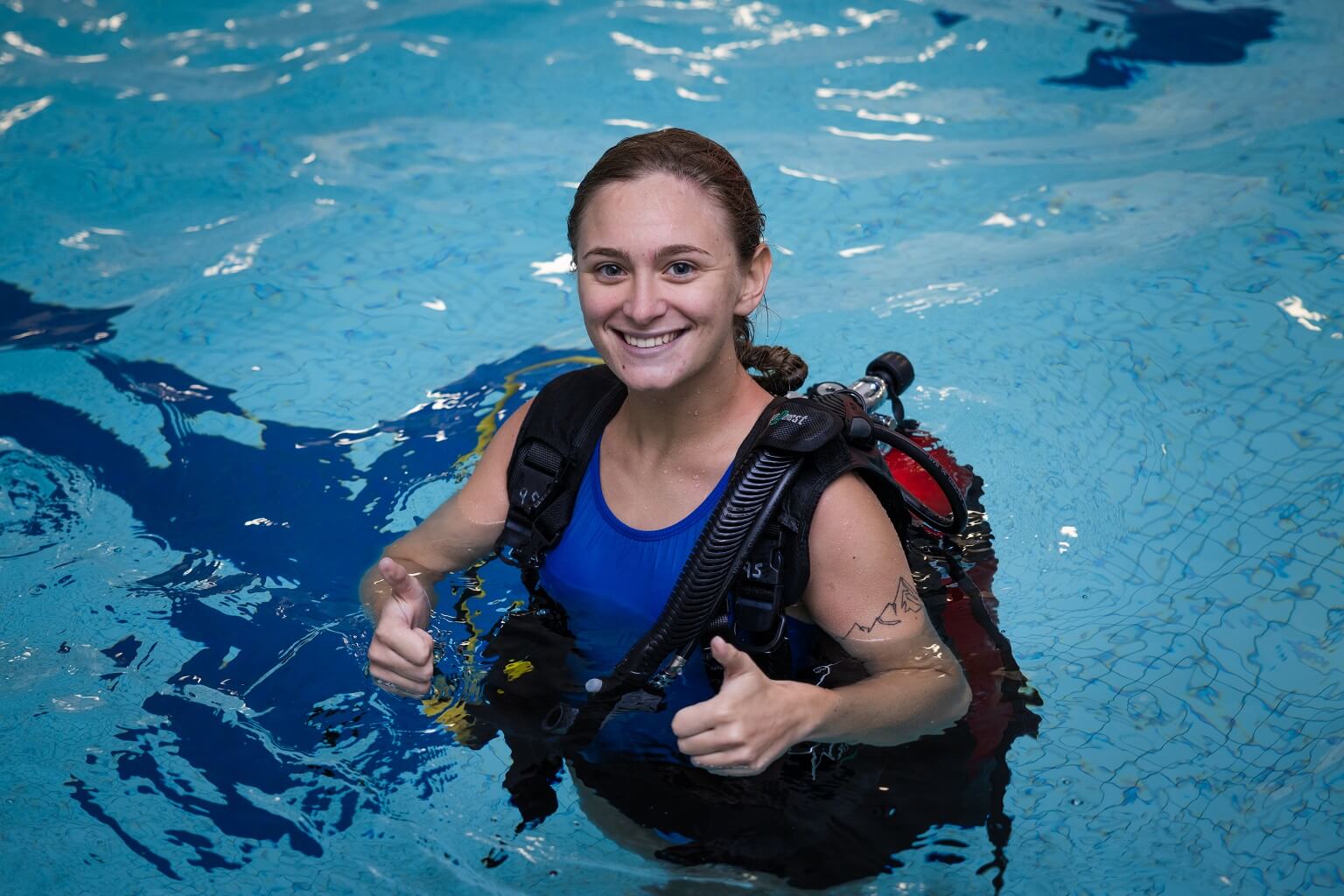 “The capstone in space operations allows them to experience maneuverability, dynamics, and torque in the free fall environment,” said Major Taylor Duncan, an Azimuth instructor. “We also discussed the roles of engineering, acquisition, space operations, and the Estes trip fully realizes the interdependencies of all duties therein.”

The rocketry portion culminated in a rocket launching competition, where students attempted to launch their designs to a designated landing site. 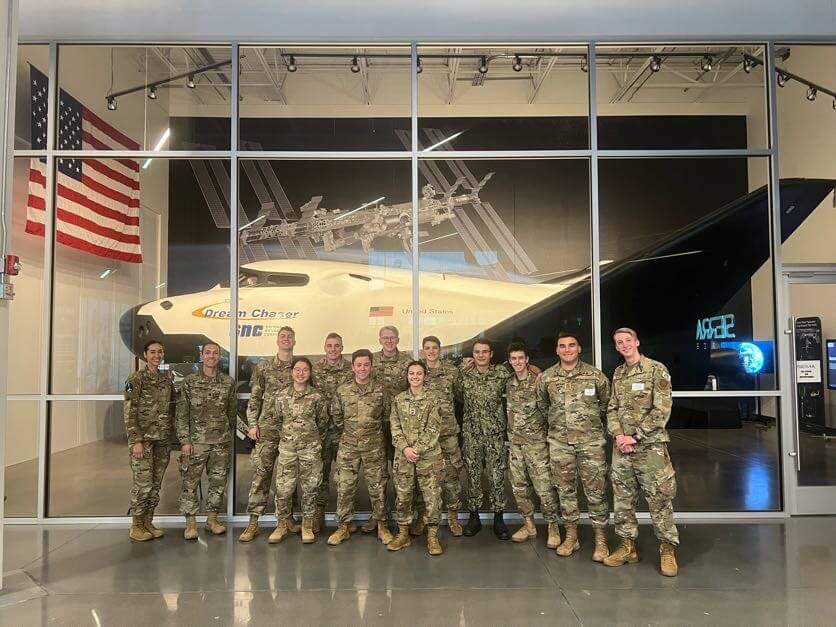 Azimuth is conducted at the Academy in partnership with the US Space Force’s Space Training and Readiness Command. This year’s program had a selection rate of less than 30% of applicants.

The space detachment looks to expand the program from 58 to 180 students and triple the educational opportunities next year.