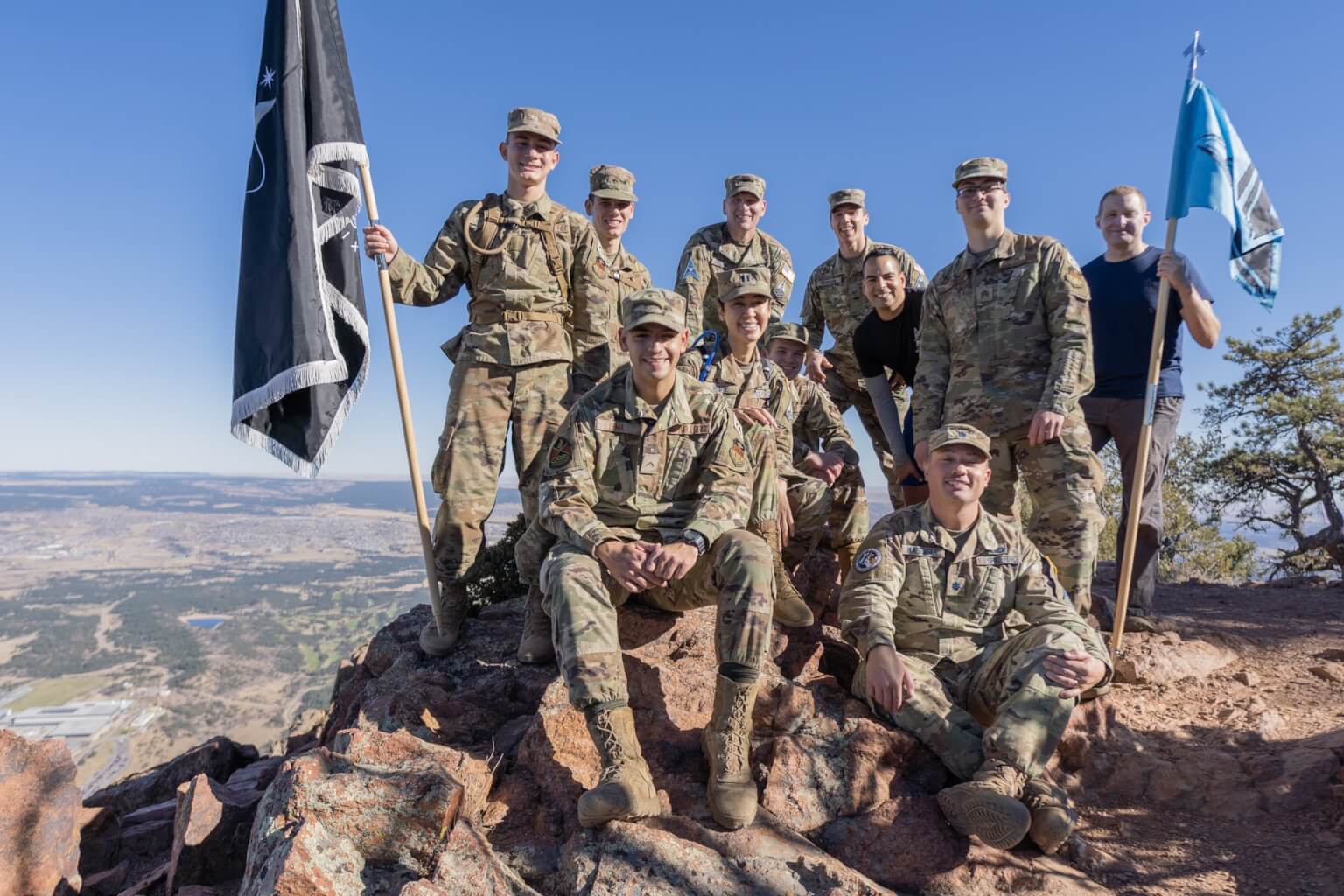 U.S. AIR FORCE ACADEMY, Colo. — Guardians at the Air Force Academy hiked to the top of Eagles Peak Nov. 5 to celebrate the activation of a Space Force detachment at the school.

The group displayed the Space Force flag at the summit to herald the opening of Space Force Delta 13, Detachment 1 – the first Space Force unit authorized at the school, also displaying the detachment’s flag at the peak.

“The expectation is that roughly 10% of every graduating class will commission into the Space Force,” said Dale Hogue, the Academy’s director for manpower, personnel and officer accessions.

Colonel Jeff Greenwood, Det. 1 commander, is a Space Force officer assigned to the Academy. The colonel has been building a team of Guardians to educate Academy cadets, support Space Force officers assigned to the Academy and “form the footprint for the new service so no matter where a cadet goes, they have the opportunity to interact with a Guardian.”

“We have the responsibility to motivate, inform, influence and inspire every cadet about space so they graduate with an understanding of the important role the Space Force plays in future conflict,” he said. “Cadets must understand the reliance our nation places on space systems and how we fight in this domain.”

Greenwood’s team developed a Space Force assignment board to coincide with the Air Force’s job classification process to ensure the Space Force gets the “best fit candidates.”

“The team beta tested an interview process for senior cadets which will be expanded to encompass the other commissioning sources beginning with the selection of the Academy’s Class of 2023,” he said.

Approximately 20 Space Force officers are authorized at the Academy at the time of this report, but Hogue said a study of the detachment’s staffing continues.

“Ensuring America’s Space Force gets the best talent it can from the Academy is one of our main goals,” he said. “We’ll see what that future footprint looks like.”

“As Chief of Space Operations Gen. John Raymond said, ‘Space is critical to American security and prosperity,’” Wasinger said. “The establishment of the detachment at the Academy emphasizes how important Space Force capabilities are in today’s operations and tomorrow’s future. It’s exciting to be a member of the Space Force.” 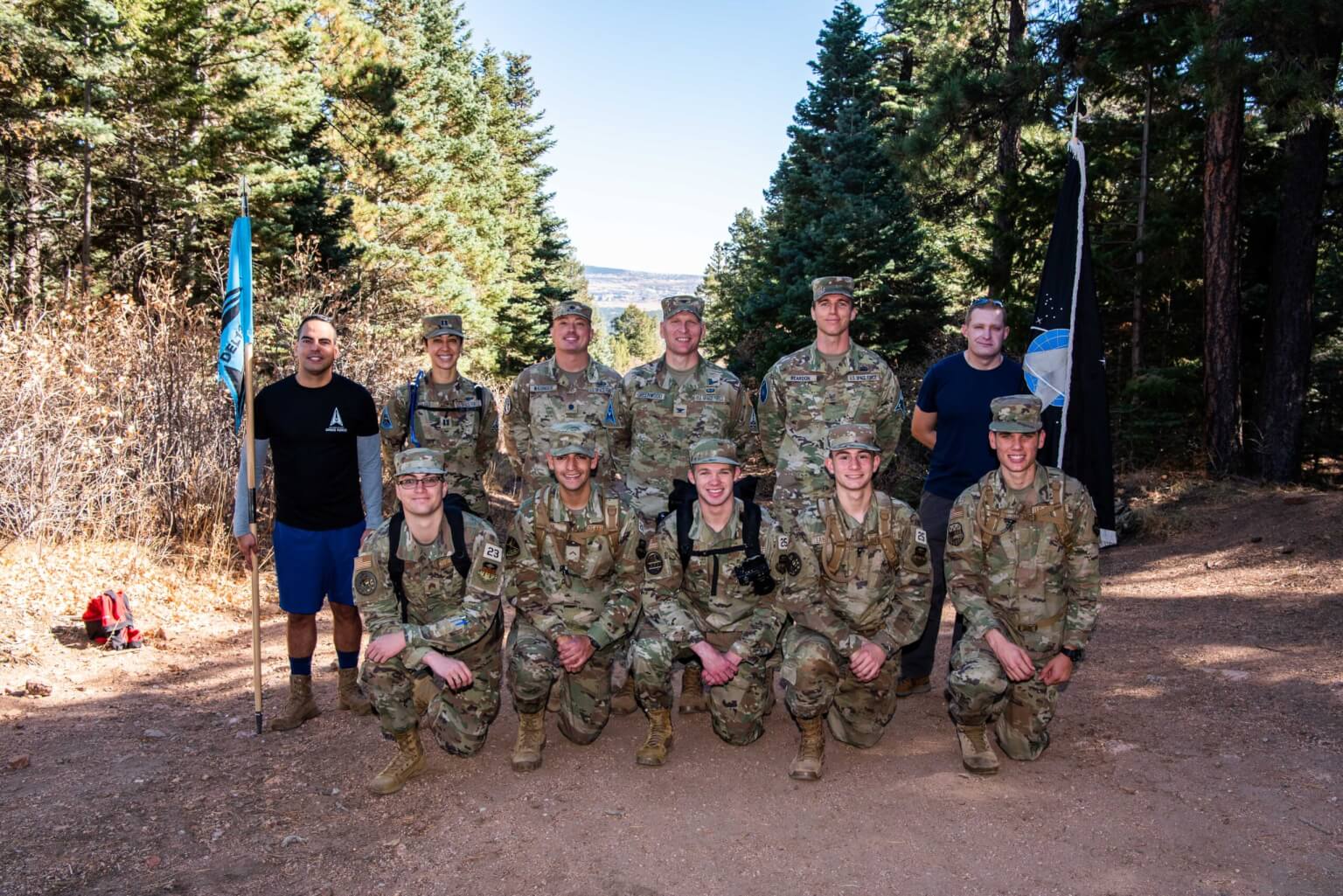 Active duty Guardians and cadets at the U.S. Air Force Academy hiked to the top of Eagles Peak Nov. 5, 2021 to celebrate the activation of a Space Force detachment at the school. They’re seen her at the peak’s trailhead near Academy Drive at the base. The group displayed the Space Force flag at the summit to herald the opening of Space Force Delta 13, Detachment 1 – the first Space Force unit authorized at the school, and also flew the detachment’s flag at the peak, more than 7,000 feet above sea level. (U.S. Air Force photo/Trevor Cokley)