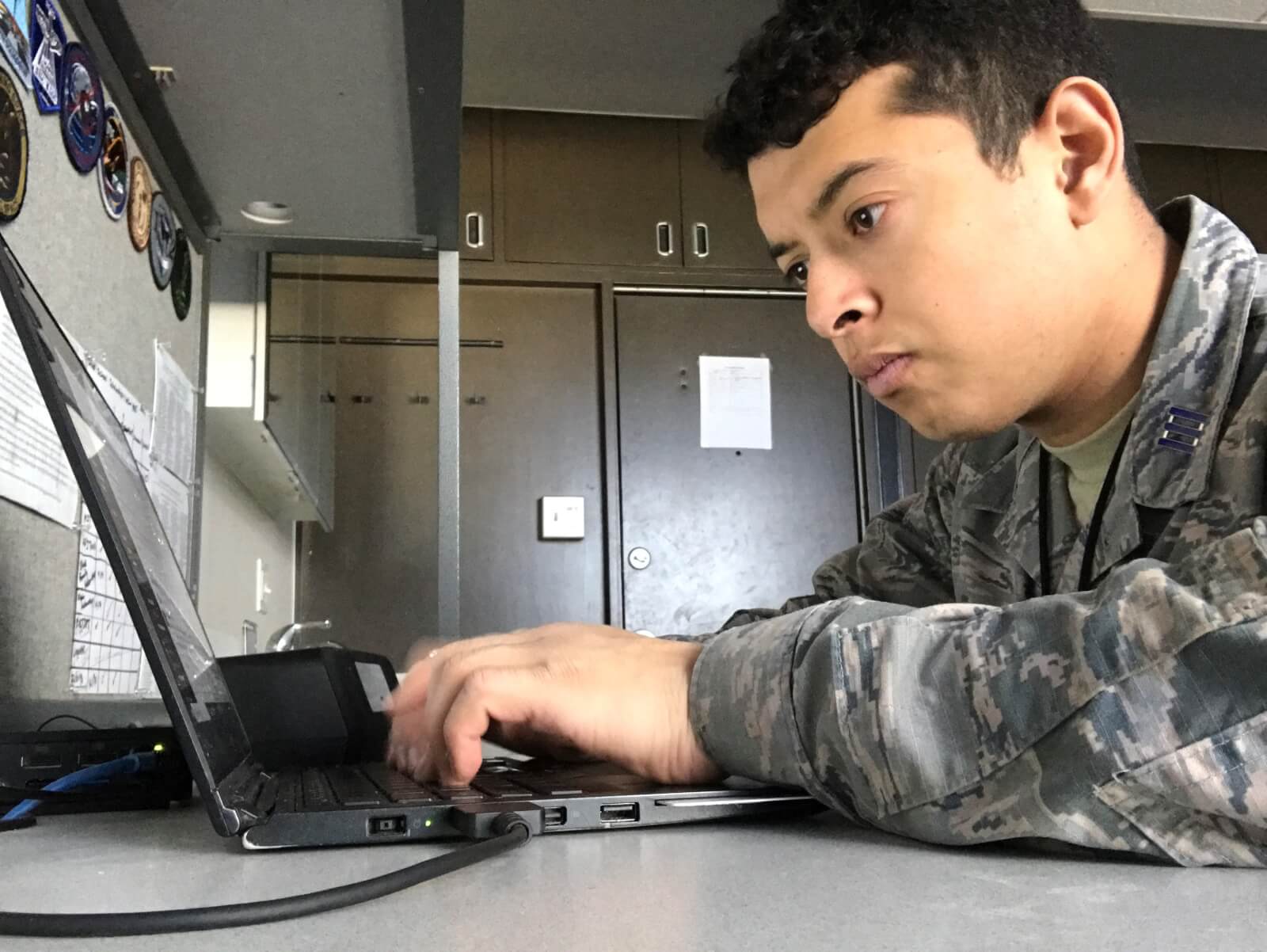 Academy Superintendent Lt. Gen. Jay Silveria released all but the senior cadets and a few underclassmen-and-women from campus to increase the seniors’ chance of graduating on time and to promote the health of the base population.

“Ultimately, the deciding factor was recommendations from our public health officials and the inability to execute social distancing for over 4,000 cadets on campus,” Silveria said earlier this week.

With the student body decreased by roughly 75 percent, most senior cadets have their own dorm room, including Cadet 1st Class Edward Lopez, an astronautical engineering major.

Lopez said the faculty and staff are taking care of him and the other cadets while he attends classes “online” in a study room or in Fairchild Hall.

“It’s been going well. There’s just a tiny bit of a learning curve,” he said.

Lopez supports Silverias’s priorities of getting the seniors to graduation even if he doesn’t know what form that event might take.

“I’m very appreciative, both as a ‘firstie’ and a future officer,” he said. “We’re all working well together, pressing forward and adjusting.”

Brig. Gen. Linell Letendre, the Academy’s dean, said linking 4,000 cadets to online distance learning has gone well. She’s been communicating with cadets on or off base, and knows there may be some computer hiccups ahead during what she called “a soft start.”

“The real proof of online learning success starts with classes,” she said. “My expectations are the same for online distance learning as they are when cadets are in residence: completing their work with honor and integrity, finishing their work on time, and communicating with their instructors. On average, only one or two cadets in each squadron had any issues attending classes remotely and most issues have been resolved.”