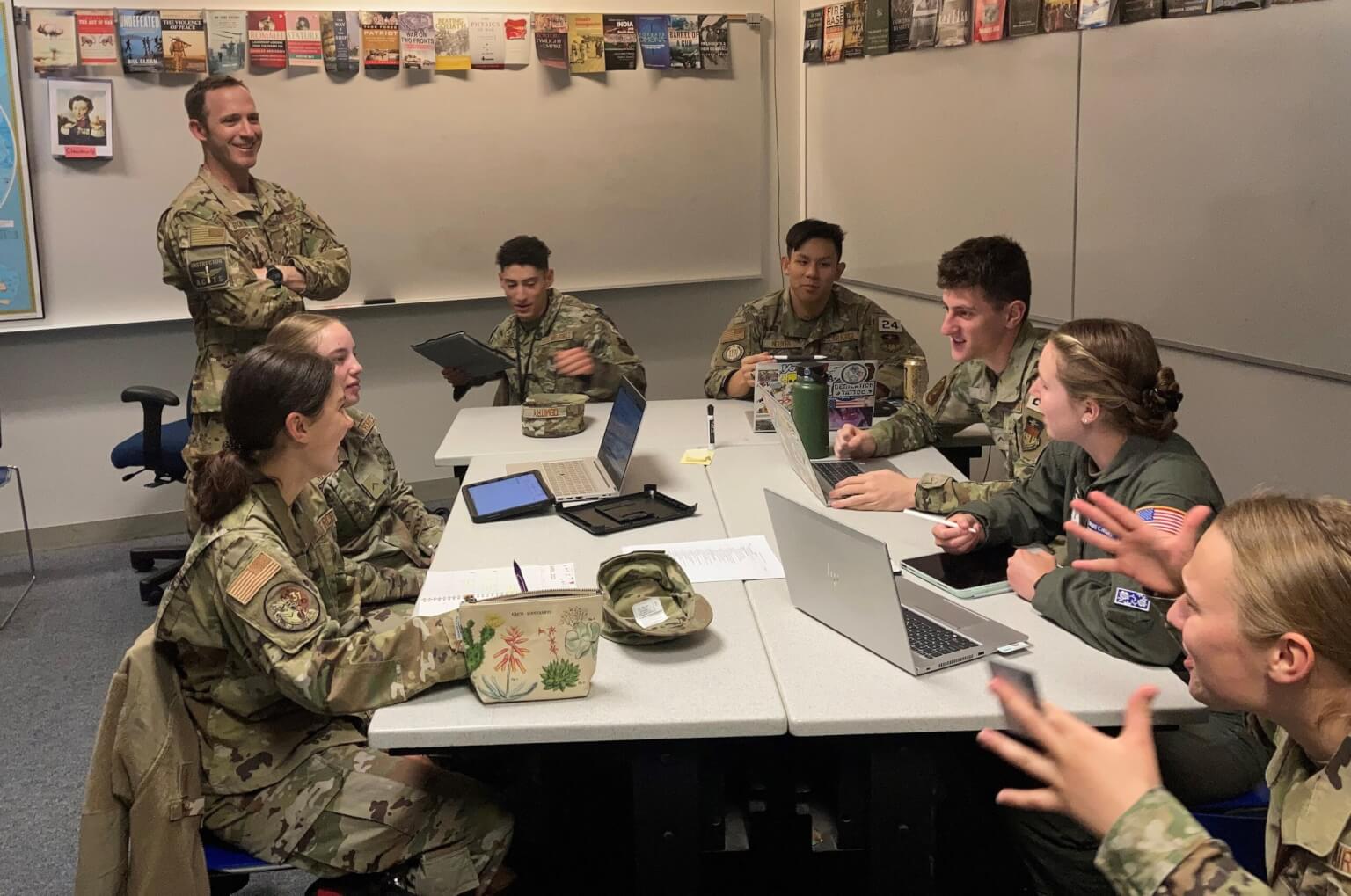 A memorandum of understanding between Air University at Maxwell Air Force Base, Alabama, and the Academy signed in early 2019 encourages the schools to collaborate in “academic areas, events and programs.”

“While the missions of our institutions differ in important ways, Air University and the Academy share the same goal of developing and educating leaders prepared to defend our nation and its values and do this in an incredibly turbulent international security environment,” said Dr. Mark Conversino, Air University’s chief academic officer.

“There’s a rich tradition of excellence in both institutions but it can be easy to forget the other side,” he said. “An established partnership ensures connectivity on strategic and tactical levels.”

Bolin is assigned to Air University but keeps an office in the Academy’s Center for Character and Leadership Development.

“It’s the perfect place for a liaison office as the CCLD supports the institution as a whole, verses a single mission element,” he said, referring to the seven command-level organizations comprising the Academy. “The No. 1 benefit of having a dedicated liaison is fostering relationships through in-person interactions.”

Since becoming a liaison in 2020, Bolin has worked to foster those relationships by discussing faculty exchange opportunities with the Academy’s permanent professors, combining Air War College speakers from Air University into cadets’ academic periods, and training with their ROTC counterparts in Mississippi. Air University’s presence is felt in the Academy’s athletic department, too, with ROTC and Officer Training School cadets participating in Academy’s combatives curriculum. Bolin lists faculty exchanges and research collaborations among the “best practices” that have resulted from the agreement.

“The commitment to student growth is second to none within Air University and the Academy,” he said.

The agreement also requires each institution to build and update an annual collaboration plan detailing academics, events and programs the organization will work on during the year.

Air University’s mission is to “Educate and develop Air, Space, and Cyberspace warrior leaders in support of the National Defense Strategy.”

“Our partnership helps accomplish that goal and identifies opportunities to fill gaps in faculty expertise that not only benefit the schools, but provide and enriching experience for faculty members as well,” Conversino said.