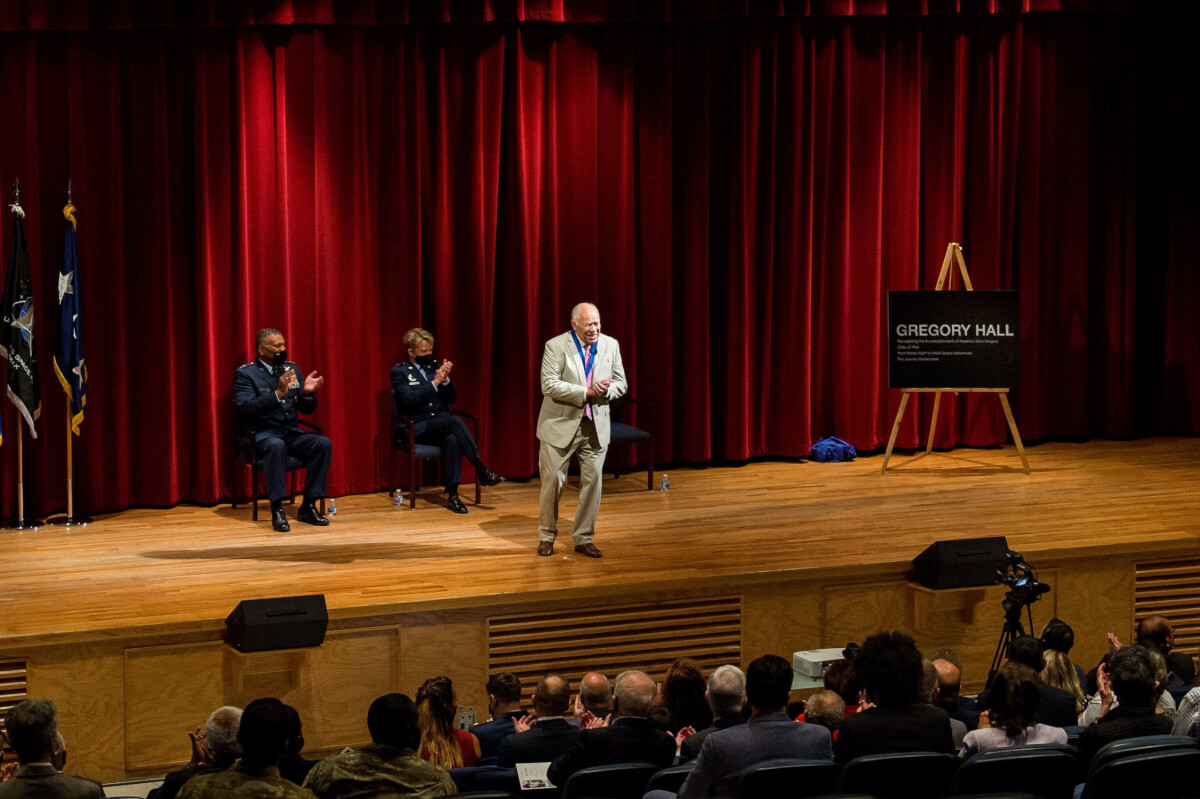 “It’s quite an honor to be recognized like this, obviously,” Gregory said, after Lt. Gen. Richard Clark, the Academy’s superintendent, and Brig. Gen. Linell Letendre, the school’s dean, unveiled the new sign fixed to the building highlighting Gregory’s name.

Gregory retired from the Air Force as a colonel in 1993, and went on to be NASA’s deputy and acting administrator. His lively speech to the faculty, staff and Class of ’64 graduates at the event focused on his appreciation for learning and surpassing expectations. The Academy, he said, is where he learned to “go out and do something incredible, do something impossible.”

Clark said Gregory is a “giant of the Air Force,” one of the most accomplished leaders, public servants and aviators in the history of the school.

“He has been an inspiration for our cadets, our community and nation, showing that with the foundation built here at the Academy, you can accomplish incredible things,” he said. “You’ve made history during your career and shown cadets what is possible,” Clark told Gregory.

Letendre said naming the hall after Gregory is a fitting change.

“As a test pilot, Mr. Gregory embodies the application of scientific principles and the necessity to apply research to solve basic problems,” she said. “He authored and published several papers on aircraft handling and cockpit design. In Gregory Hall, our cadets will learn and advance scientific and engineering principles and maybe even write and publish an article or two.

“Our mission aims to educate and inspire warrior-scholars to lead our Air Force and Space Force to fight tomorrow’s wars – and that is precisely what Frederick Gregory represents,” Letendre said. 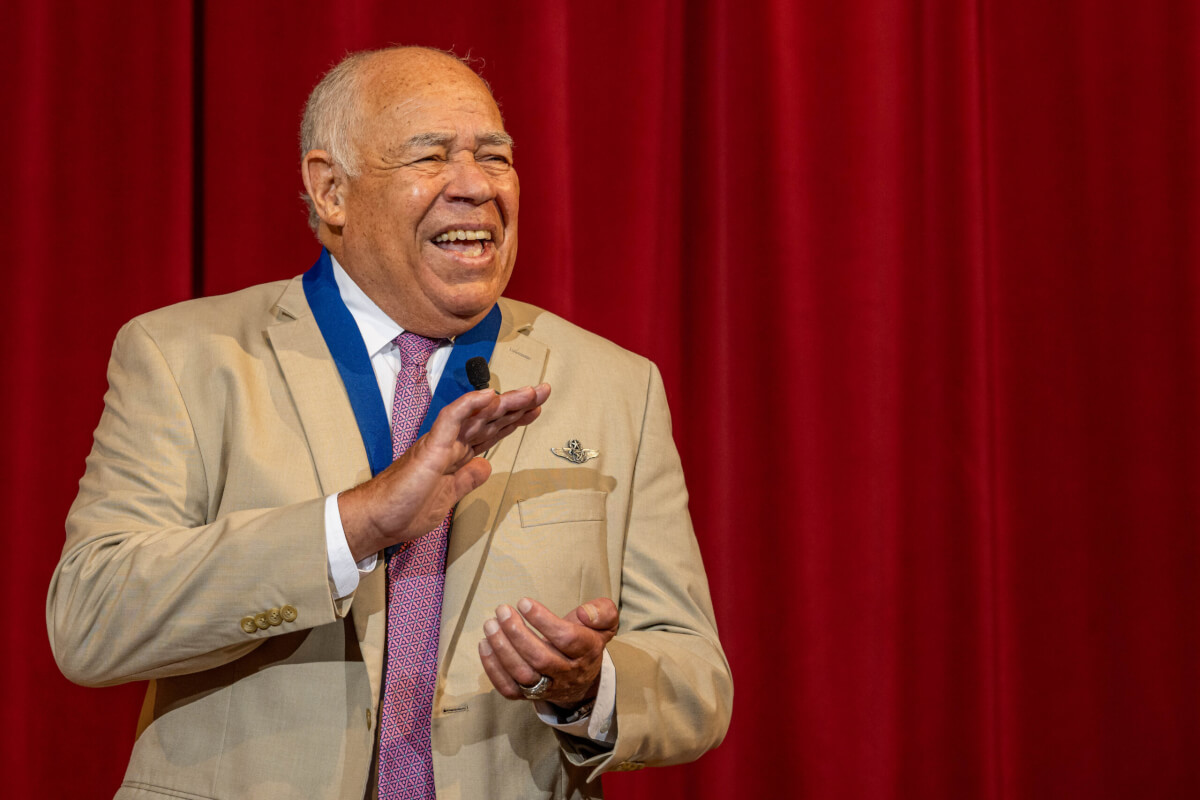