Skip to the main content
Conquering the Great Unknowns 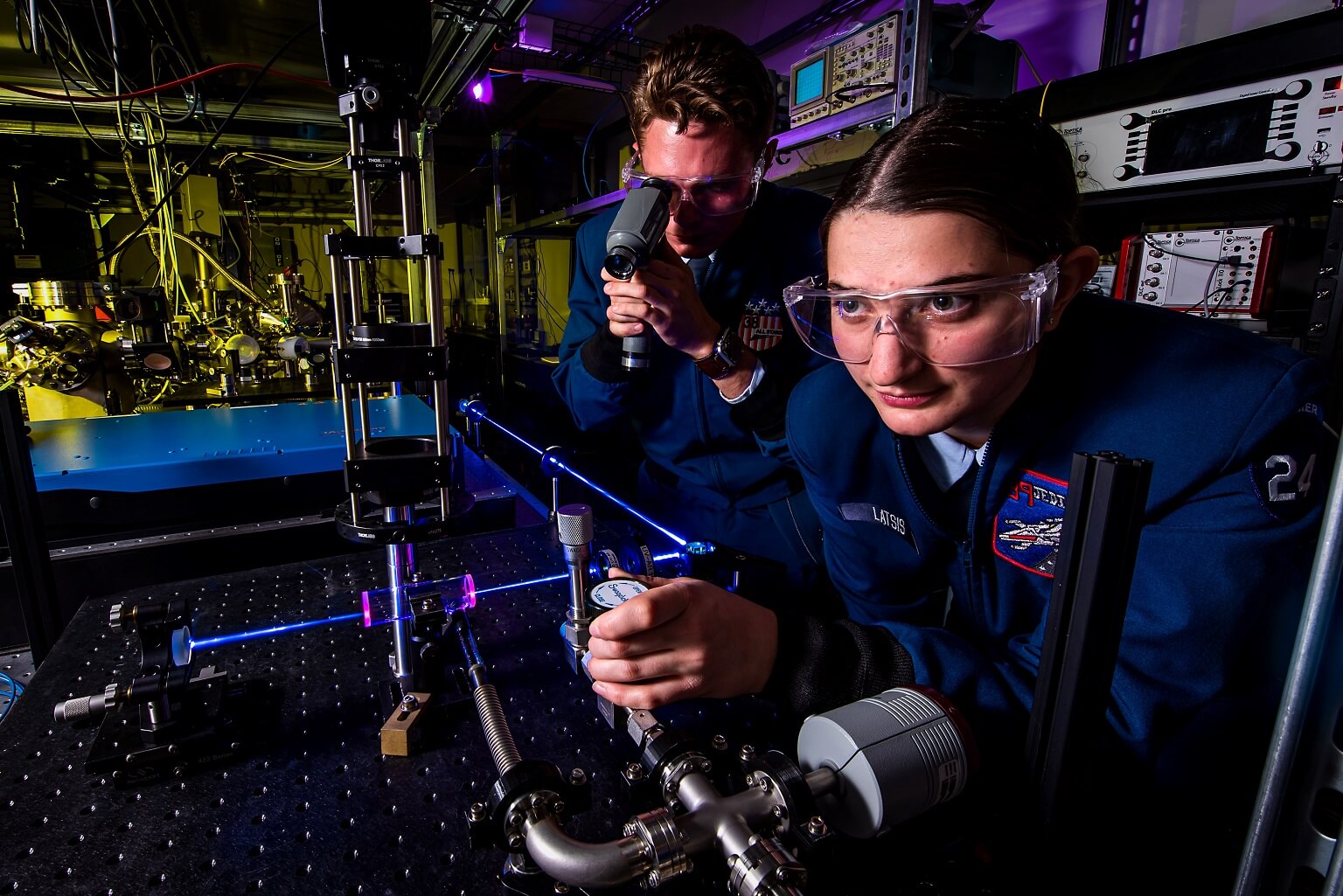 Our modern military owes its technological superiority to great physicists. The U.S. Air Force Academy’s physics program produces scientifically literate leaders of character, capable of navigating our armed forces through the increasingly complex obstacles our nation faces. In the study of physics, cadets develop the knowledge, skills, and persistence necessary to solve unforeseen, abstract, complex, and ill-defined problems. Our graduates enter active duty confident in their ability to adapt and overcome the many “unknowns” for which they’ll be responsible during their service – from STEM research to piloting aircraft.

Physics students have opportunities to participate in world-class scientific research and participate in summer research at the Department of Defense, Department of Energy, NASA or other laboratories around the country. Graduates also have a wide variety of graduate school scholarships and sponsorship available to them.

Cadets can receive transfer credits for Physics I/Physics II if they complete a comparable calculus-based and lab-based physics course at an accredited college or university with a grade of A or B. Other requests for transfer credit will be considered on a case-by-case basis by the department.

Our department is actively engaged in STEM outreach. The following cadet-run clubs provide a unique opportunity for USAFA to engage the local community. Cadets and faculty motivate K-12 students to partake in STEM by assisting in local science fairs and running demonstrations at nearby schools and museums.

Interested community members from schools and other non-profit organizations should visit the STEM Outreach webpage. For cadets interested in starting the Meteorology club, contact the Department of Physics.