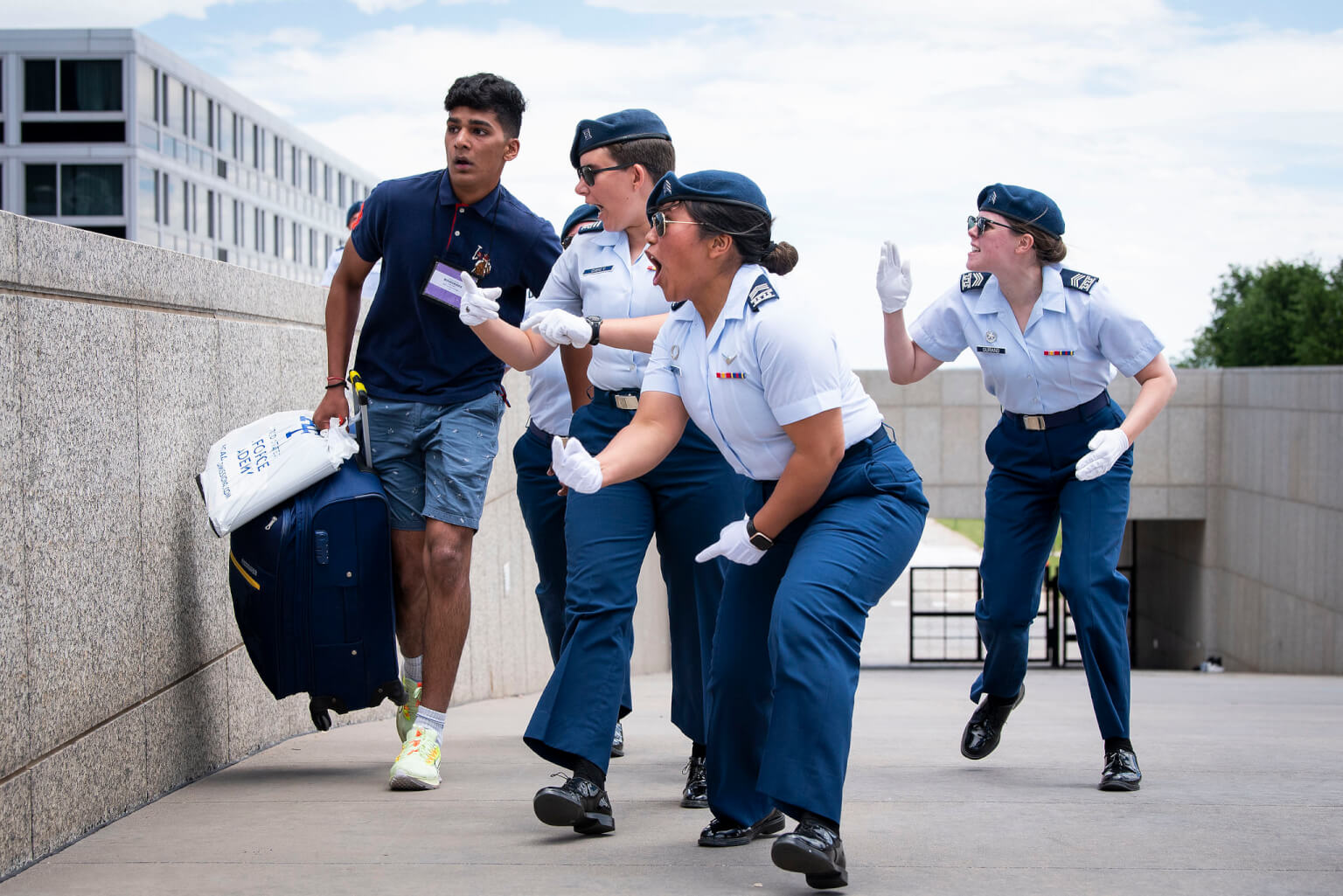 U.S. AIR FORCE ACADEMY, Colo. – “This place is tough, but it’s supposed to be tough.”

U.S. Air Force Academy Superintendent Lt. Gen. Richard Clark said this and more to the scores of young men and women reporting to the base June 23 to begin Basic Cadet Training.

“This place will change your life if you let it,” he said to a group of Academy appointees. “It’s not going to be easy but you don’t want ‘easy,’ right?”

Basic Cadet Training is a six-week program pushing the mental and physical limits of trainees, the first major challenge they face before being recognized as academy cadets.

“Basic training and being a cadet is about pushing yourself to get better and better, improving yourself every single day from the moment you wake up,” he said

Bring Your ‘A Game’ 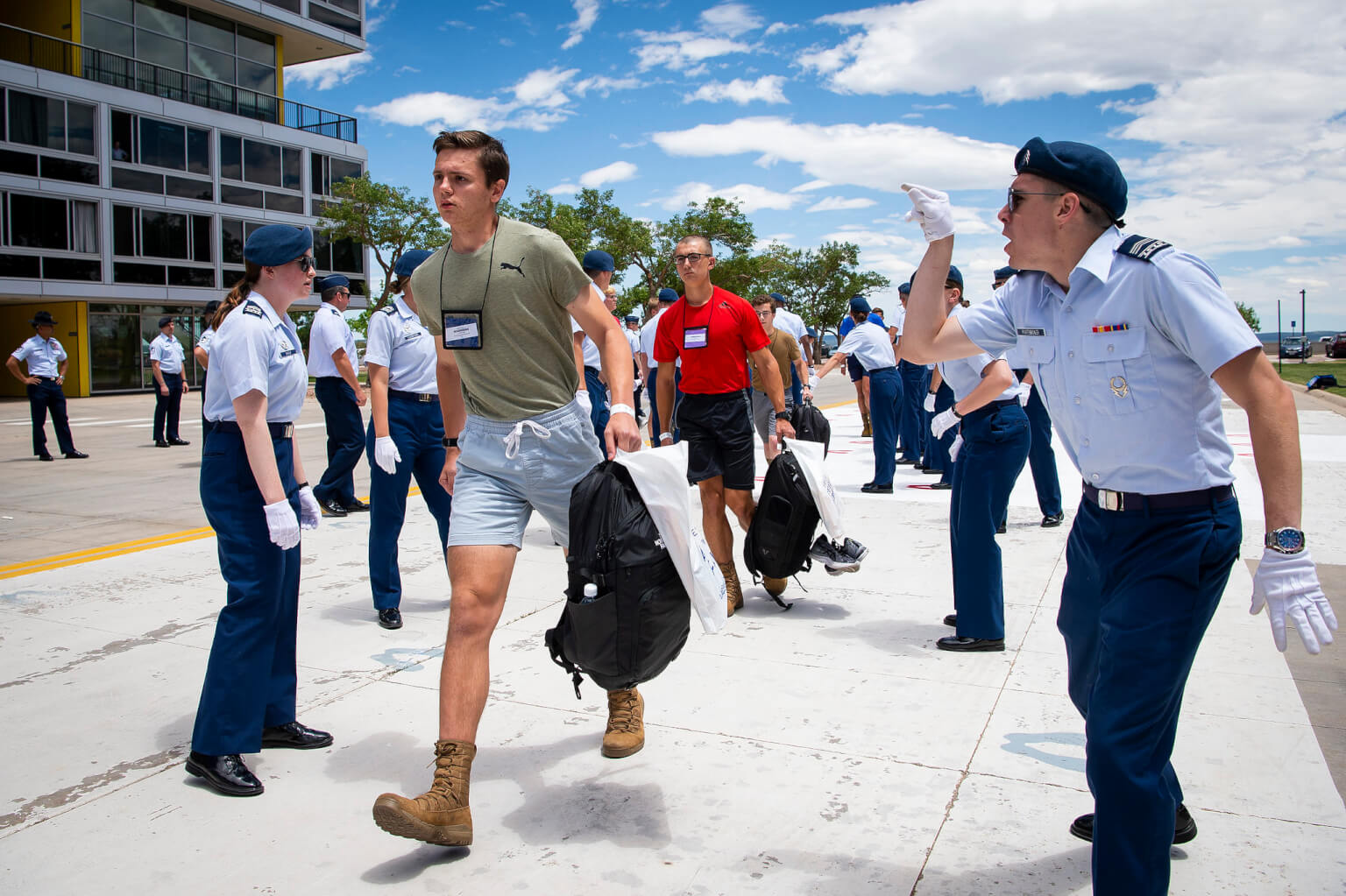 “I’m the SMO (squadron medical officer),” Britt said, directing cadets from one checkpoint to another while making sure they’re able to cope with the Colorado altitude.

“Passing out is real popular on the first day,” she said with a laugh. “I remember how nervous I was and I just try to help ease the incoming cadets’ nerves.”

Britt said she appreciates the opportunity to help new cadets manage their anxiety and expectations.

“This is their first look at the Academy,” she said, looking over the line of vehicles driven by friends and relative transporting the appointees to the Academy. “I like being part of that.”

“Basic training cadets who do the best work hard, don’t talk negatively about other squadron members or jockey for position,” he said. “The results won’t be immediate, but focusing on being a team player will help them establishing lifelong friendships, based on their behavior during basic training, by the time they become junior and senior cadets.”

Hannas said his “best advice” to the appointees is “just be quiet and don’t create conflict for yourself or anyone else.”

Warren Aiden, 20, from Indianapolis, Indiana, and Isabella Roberts, 19, of Miami, Florida, were among the more than 1,000 appointees.

“I look forward to all this year has to offer and just thank my family for all their support getting me here.”

Roberts makes her way to the Academy after medical issues hampered her first application.

“I’m very excited – just a little out of breath,” she said. “This is the beginning of a new chapter in my life.”

The Academy’s Commandant of Cadets Brig. Gen. Paul Moga, administered the oath of allegiance to the first group of cadets just after 11 a.m.  Swearing or affirming this oath officially assigned the appointees to the cadet wing.

“You’re going to have to work your way through basic training,” he said. “For the next six weeks, you are all members of the cadet wing. This will not be easy. Start coming together as a class, a flight, a squadron. Bring your ‘A game.’ If you can do those things, you’ll be fine.”

Check out our Flicker album to see more photographs of in-processing. 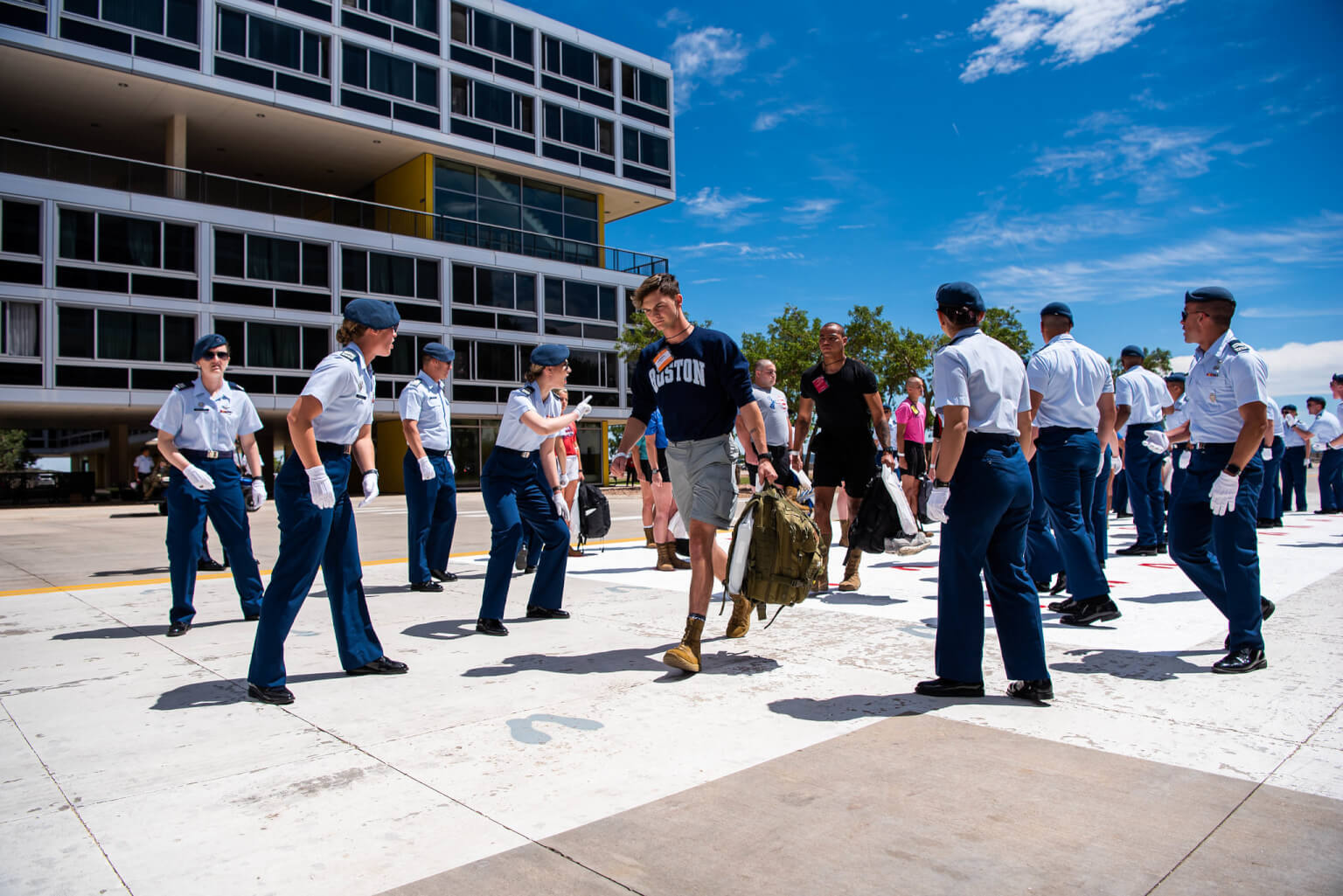