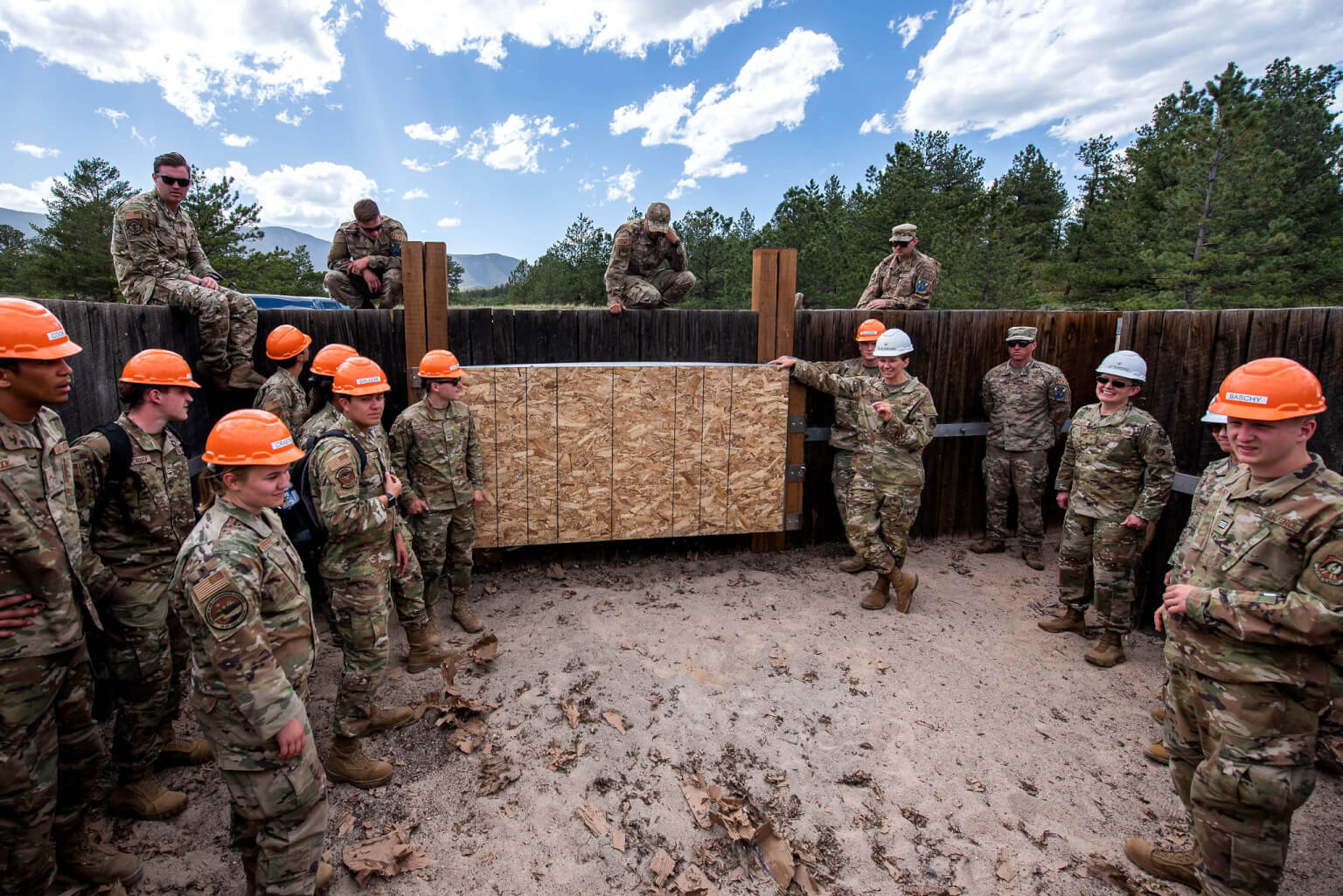 U.S. AIR FORCE ACADEMY, Colo. — A workshop for civil engineering students in the department of civil and environmental engineering at the U.S. Air Force Academy wrapped up with controlled explosions late last month.

The summertime Field Engineering Readiness Laboratory is a mandatory 3-credit-hour course giving civil engineering majors transitioning into their junior and senior school years a chance to practice their engineering skills in the field.

Added to this year’s lab was “protective facility design,” a skill senior instructor of civil engineering Maj. Paige Blackburn said can save lives.

Cadets built a structure designed to sustain an explosive blast similar to that of a landmine and explosive ordnance technicians used 1.5-2.5 pounds of C4 – a composite explosive – to test the durability of the structure.

“I was able to see and appreciate how the interactions between the enlisted mentors and cadets are developed,” said Lt. Col. Timothy Frank, FERL commander and associate civil engineering professor. “Many majors [at the Air Force Academy] are not directly aligned to an Air Force specialty like civil engineering so it’s rare and such a privilege to give cadets direct insight to the specific people, tasks and culture of an operational civil engineering unit.”

Frank called the bond between cadets and their project advisors during FERL “inspiring.”

“I’d hear the mentors making up call signs for the cadets, and there was healthy ‘trash talk’ between teams during our FERL volleyball tournament,” he said. “Cadets asked questions about what they fear the most as future lieutenants, how best to get to know their Airmen and take care of their people. To me, this is what a successful FERL looks like.”

This lab included virtual reality technology used to track the progress of projects, and discussions focused on future conflict with civil engineers assigned to U.S. Air Forces in Europe Command.

“We don’t know exactly what we’ll face after we graduate but all this helps,” he said.

Brush supervised several cadets while they built a water treatment facility with household products, clothing, and a few chemicals.

“Two water coolers, two buckets, a shirt, two socks, two coffee filters, a short length of garden hose, a bag of activated carbon and a bag of lime,” he rattled off as if compiling an everyday shopping list.

The project was successful, with cadets building the device and filtering half a gallon of clean water from four gallons of polluted water in less than 45 minutes.

“This is fun,” Brush said with a big grin while cadets splashed dirty water into one of the coolers. “Hanging out with cadets and everyone else is pretty great.”

[Editor’s note: A survey taken at the end of the course by cadets, staff and the civilian and enlisted mentors shows high marks regarding this year’s FERL.

“The results blew me away,” Frank said.] 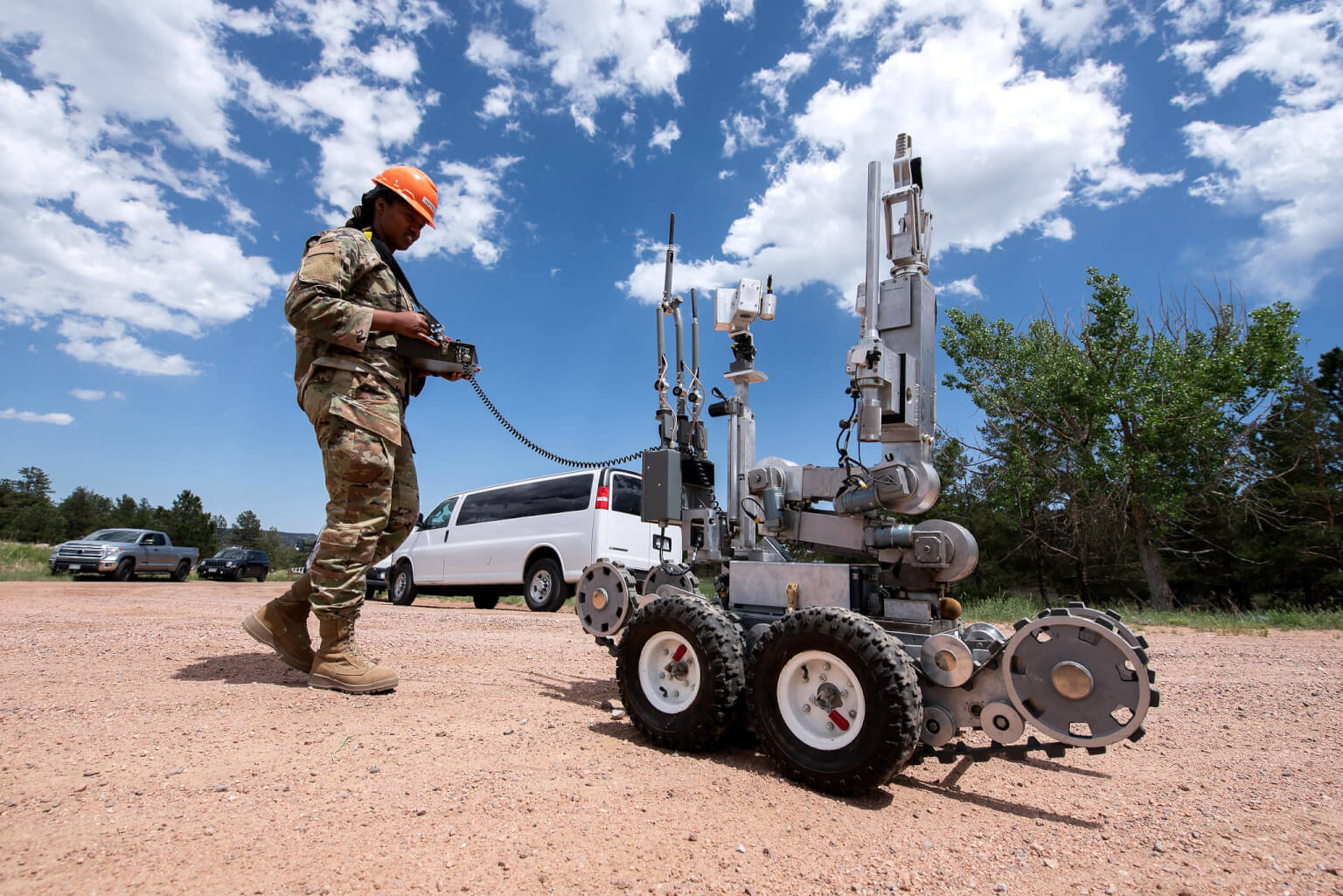 A cadet steers an explosive ordnance disposal robot used to detect and diffuse explosive in Jacks Valley, June 14, 2022. She and more than 60 other civil engineering majors at the U.S. Air Force Academy took part in the Field Engineering Readiness Laboratory May 29-June 18. (Photo/Trevor Cokley)