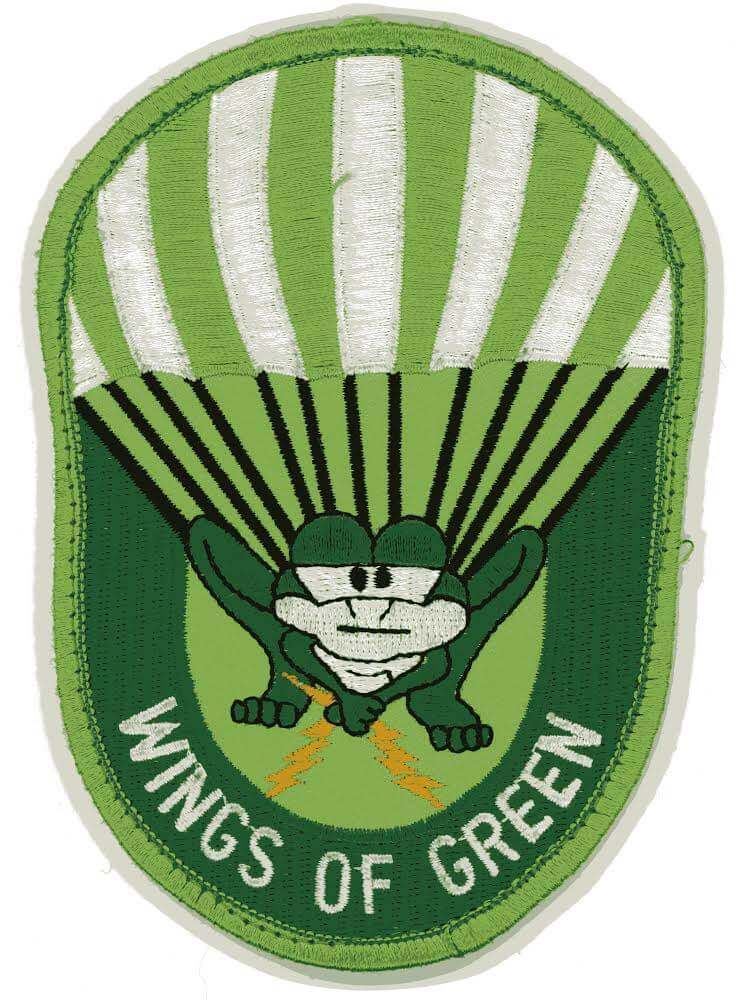 The Wings of Green (WoG) is a one-year program which serves to train Air Force Academy cadets to become official members of the Wings of Blue. Out of more than 400 cadets who take AM-490, Basic Freefall, and earn their jump wings in the summer after their freshman year, a couple hundred usually try out for the Wings of Green. After an all-day tryout in the beginning of August, only 25 of these cadets are selected for the team.

Training begins early for the new Wings of Green members. Immediately following selection, the cadets learn how to pack their own parachutes and begin vertical wind tunnel training. The goal of the first semester is for all WOGs to finish AFF (Accelerated Freefall), at which time they earn the right to wear the Wings of Green patch. Post AFF, the WOGs continue to improve their flying abilities with formations of up to four people at a time.

The primary focus of the second semester is preparation to teach AM-490. The WOGs begin by shadowing an AM-490 element that is led by Wings of Blue members. Eventually, the WOGs start teaching AM-490 lessons, and they learn all of the ground duties such as Landing Control and Ground-to-Air Video. The most difficult part of becoming an AM-490 Instructor is Jumpmaster certification. WOGs spend countless hours practicing in mock aircraft to prepare for aerial Jumpmaster sorties. These sorties fully prepare the Jumpmaster to react to any situation onboard the aircraft.

At the end of the school year in May, the Bluesuit ceremony is held on Air Force Academy grounds. If all training has been successfully accomplished, the members of the Wings of Green are given their bluesuits and are officially inducted onto the Wings of Blue.