Located at the foothills of the beautiful Rocky Mountains and consisting of 18,500 acres, the United States Air Force Academy is home to an abundance of diverse wildlife. The installation’s natural resource management has enabled the Academy to balance growth while minimizing negative impacts to the environment.

Here are some of the animals that call the campus home: 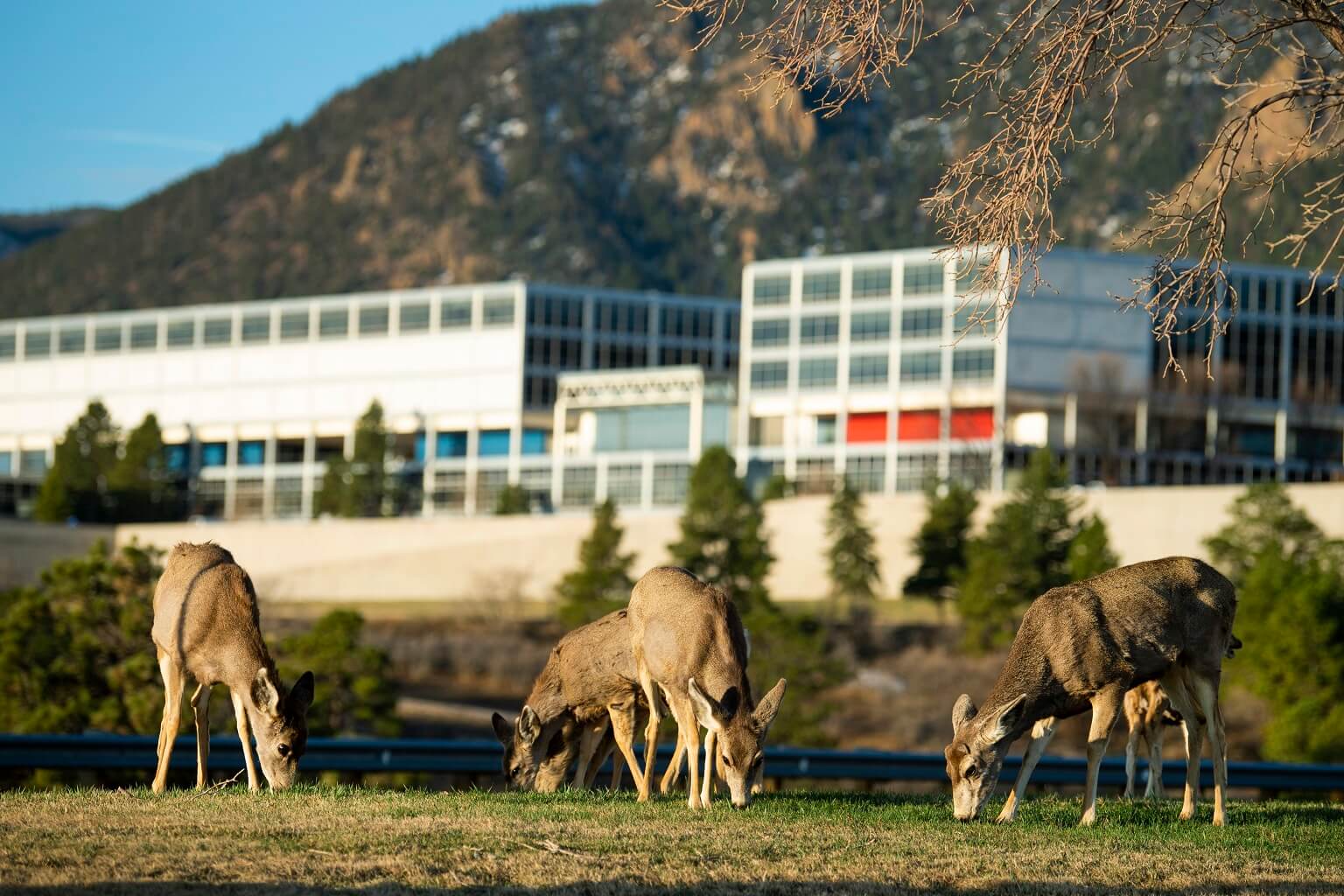 A Rocky Mountain icon, Mule deer’s defining characteristic are their large ears, which are about three-fourths the length of the head. They have a distinctive black forehead, or mask, that contrasts with a light gray face. They love to eat the leaves and twigs of woody shrubs that grow on campus and you can often see them on the side of the roads. Since they are frequent pedestrians on the Academy’s roads, please drive carefully and remember they tend to cross in groups. During the fall mating season you may even see males engaging in battles for dominance. Deer are comfortable around people though so please do not get too close or try to feed them.

Fun Fact: Mule deer get their name from their big, mule-like ears! 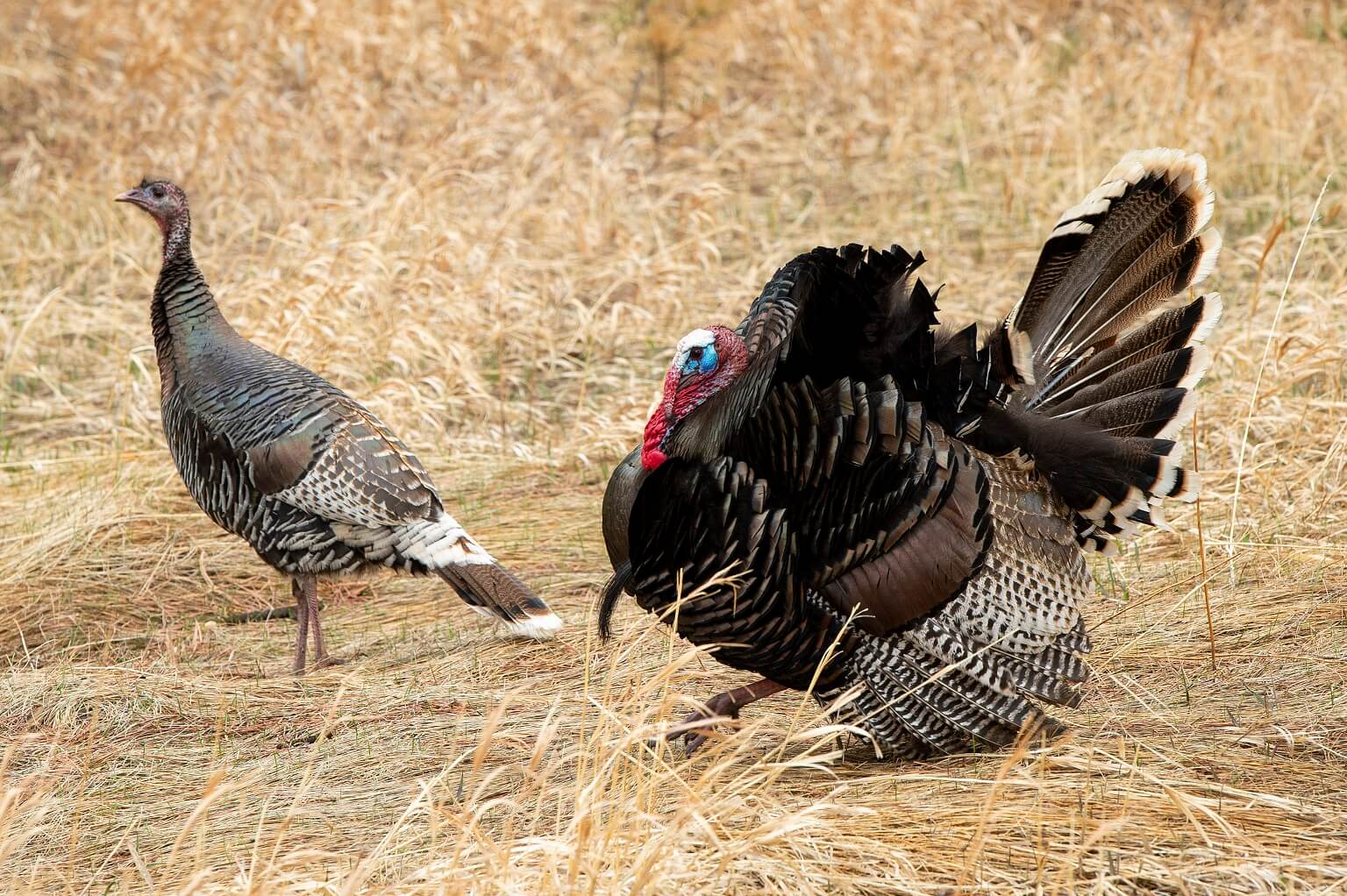 The  Merriam’s wild turkey are commonly seen around the base. In late-spring you may see the baby turkeys (poults) waddling around  with their mother. Clusters of turkey are frequently observed near Arnold Hall and the Planetarium, golf course, and cemetery. White feathers on the lower back and tail feather margins distinguish them from other subspecies of turkey. They can grow up to 4 feet tall, weigh up to 22 pounds and can have a wingspan of 56 inches.

Fun Fact: Benjamin Franklin wanted to make the wild turkey, not the Bald Eagle, the national bird of the United States. 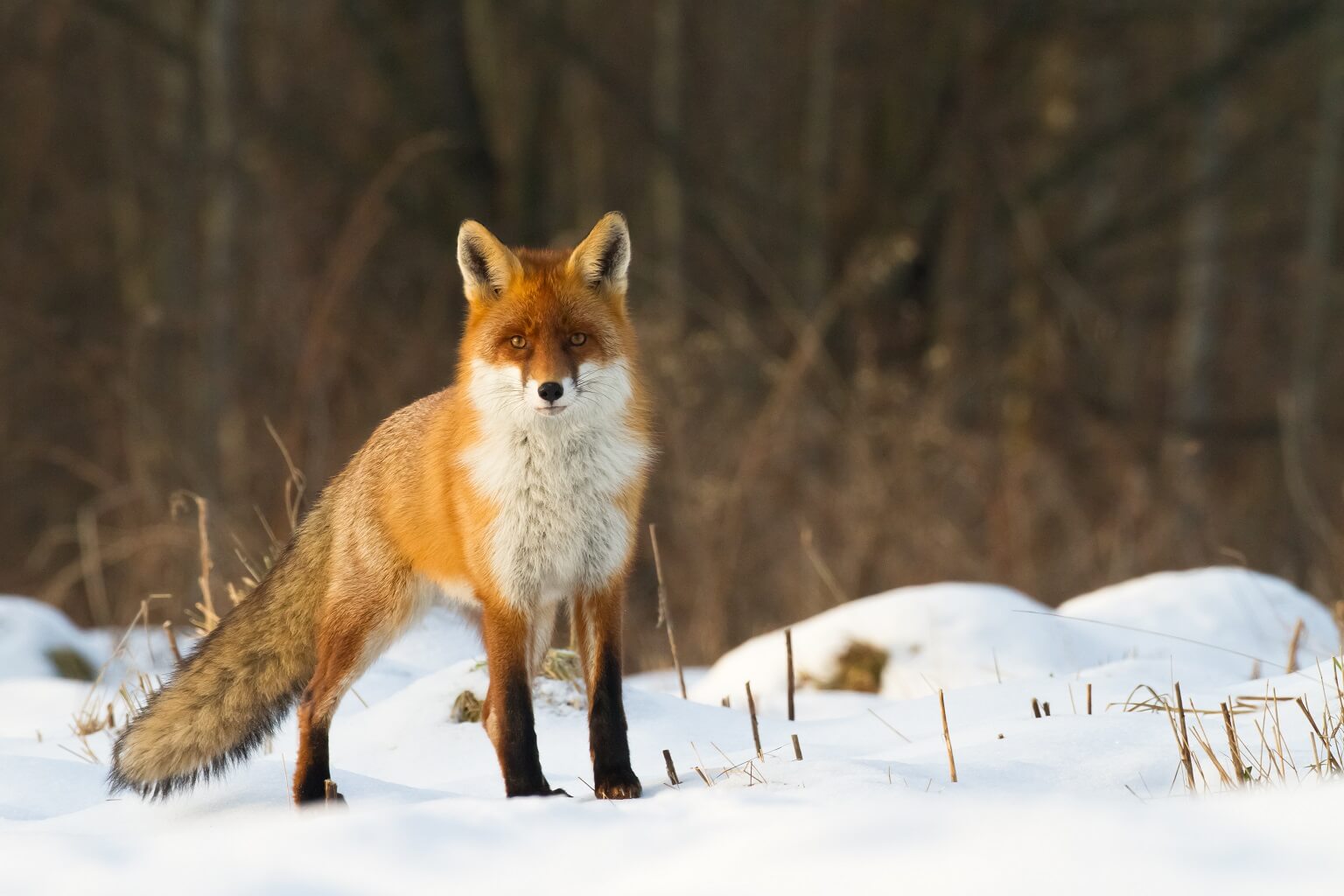 The Academy is home to the red fox which is the largest of true foxes. Adults weigh between 8 and 24 pounds and measure 3-4 feet in length. They are solitary and stealthy hunters who feed on everything from rabbits, rodents and birds to fish, fruit and vegetables. They have been known to frequent the dormitory areas and the Terrazzo in search of leftovers. Foxes are predominantly nocturnal but can be active during the day. If you see foxes during your visit, do not approach or feed them. Though they typically don’t pose any health risks to humans, they can carry disease such as rabies and mange. 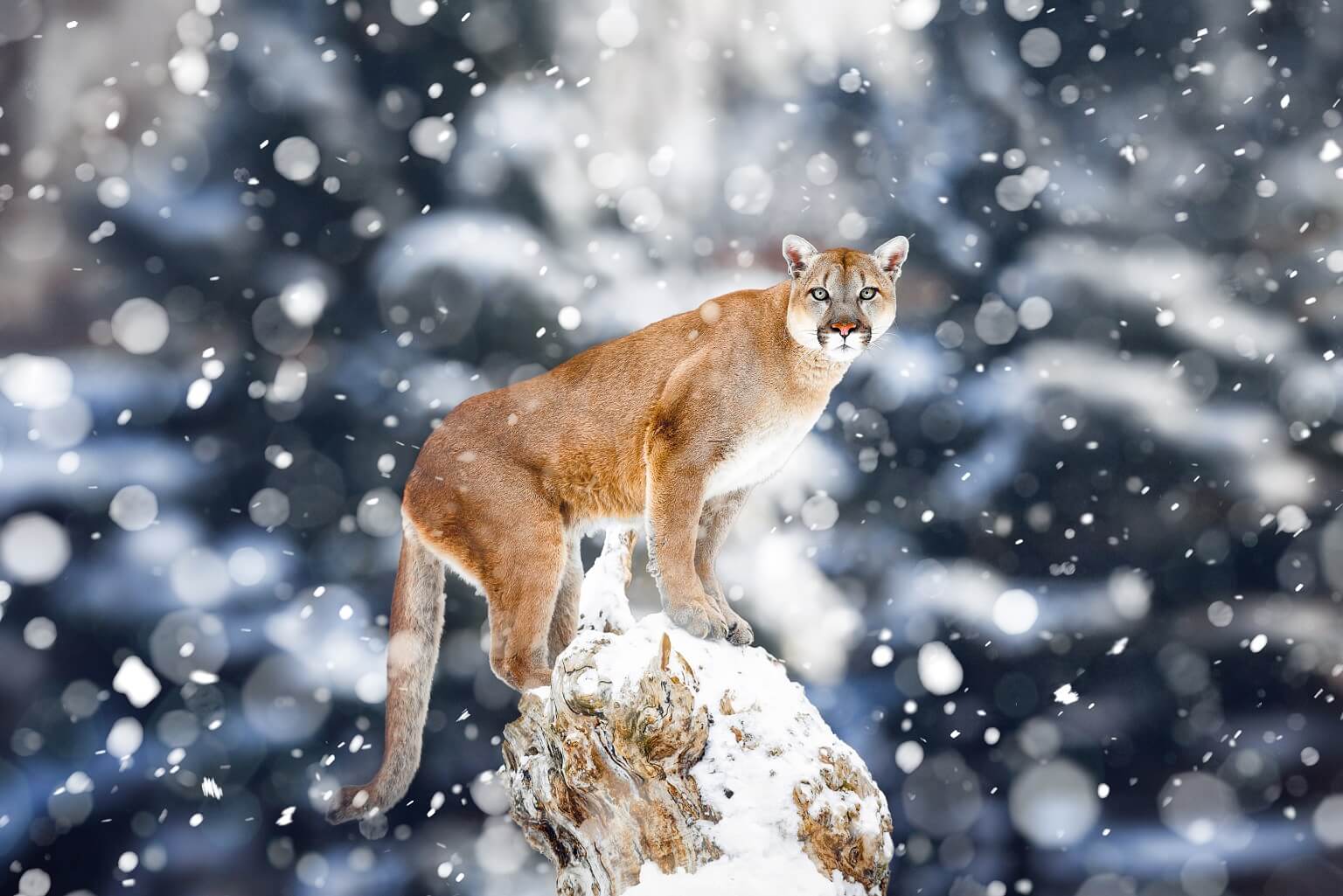 Mountain lions are generally calm, quiet, and elusive and tend to live in remote areas with plentiful deer and adequate cover. They are territorial and have naturally low population densities which means they require large swaths of wilderness to thrive. This makes the open space and mountains of the Academy an ideal habitat. Only rarely do visitors using the trails catch a glimpse of a mountain lion as these apex predators go out of their way to avoid humans and are most active at dusk and dawn. Mountain lions can exceed 8 feet in length and weigh an average of 150 pounds. They are extremely athletic and can jump as high as 15 feet and as far as 40 feet. If you see a mountain lion do not approach! If you encounter one, stay calm, back away slowly – do not run, appear larger by spreading your arms and legs, and defend yourself if necessary by throwing rocks and sticks.

Fun Fact: Unlike other wild cats, mountain lions cannot roar! Instead they growl, shriek, hiss and even purr. 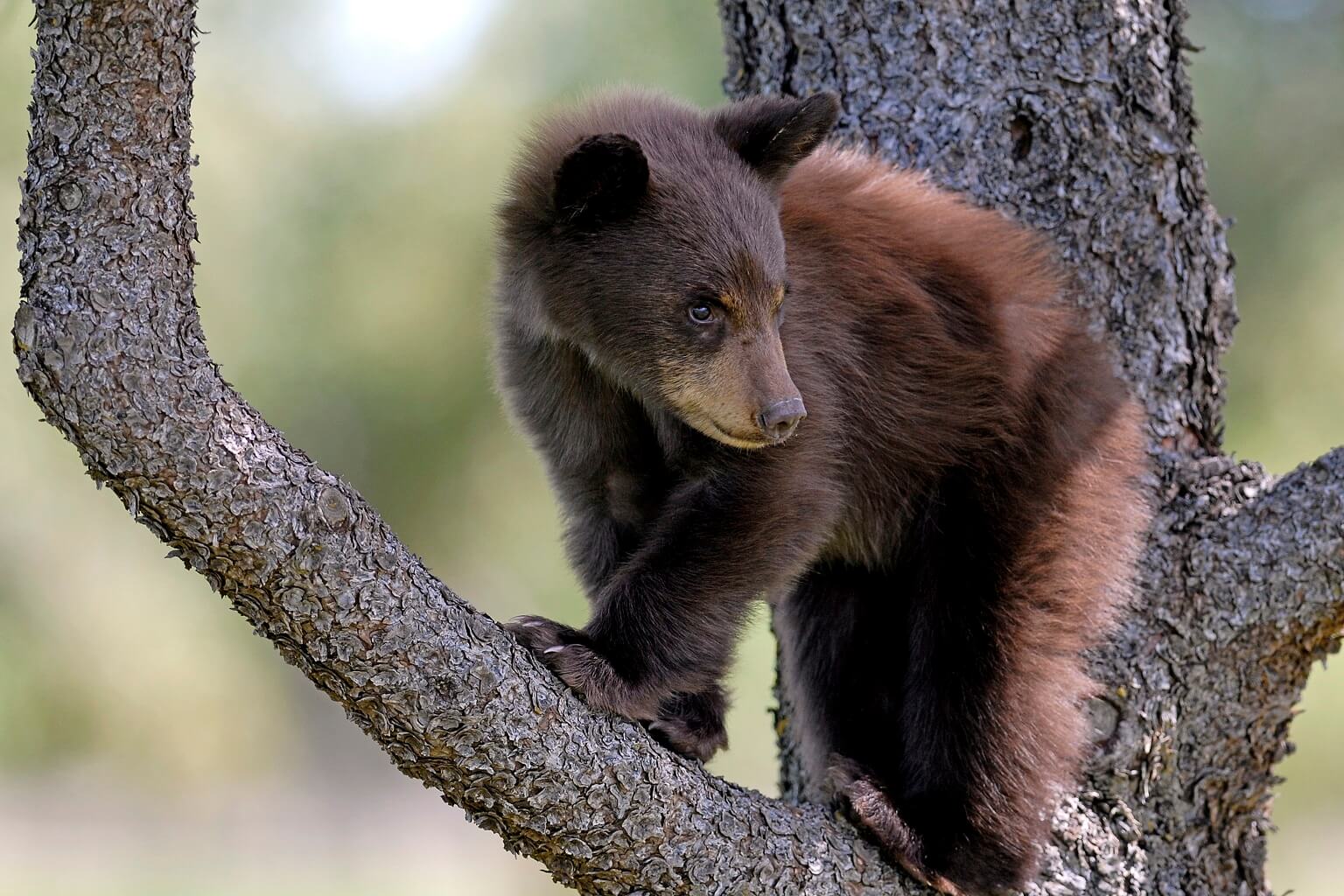 Black bears are the only species of bear found in Colorado and like the mountain lion, black bears tend to avoid human contact and are relatively shy. Black bears are active primarily from mid-March through early November, but is not uncommon to have bears wandering around in the winter, which is normally when they hibernate.  In preparation for hibernation, bears  consume an average of 20,000 calories a day on a forager’s diet of berries, fruits, nuts and grasses. Once food becomes scarce these furry giants settle into their dens to hibernate. The black bear is large and stocky, with adults range from 5 to 6 feet in length and weigh up to 500 pounds.

Fun Fact: Black is a species, not a color. Black bears can have brown, cinnamon, or blonde fur. 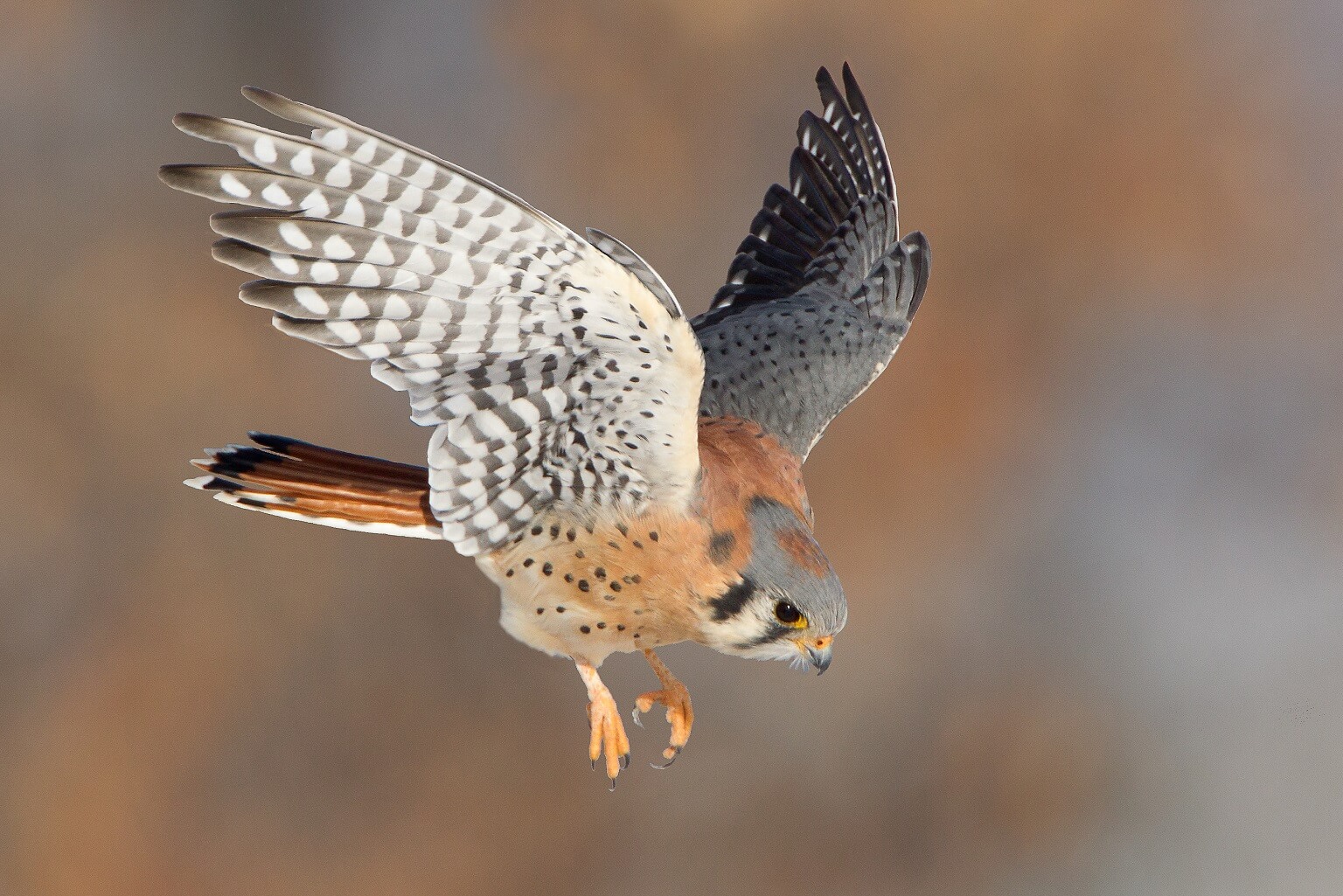 The mascot of the Air Force Academy, the falcon is the most beloved of the bird of prey that fly over the Academy grounds. There are four species of falcons that reside in Colorado: the American Kestrel, Merlin, Peregrine and Prairie Falcon. These majestic birds are known for their tapered wings that enable them to fly at high speeds. A falcon can dive at up to 200 miles per hour when pursuing their prey. Falcons eat small reptiles, fish, bats, small mammals and other birds. Since 1956, the Academy’s falconry team has mastered the art of training and caring for these incredible birds, delighting spectators at athletic competitions and other public events.

Fun Fact: Unlike other birds, falcons do not build nests. They simply lay their eggs on rocks or trees, in the nests of other birds, and sometimes even on buildings. 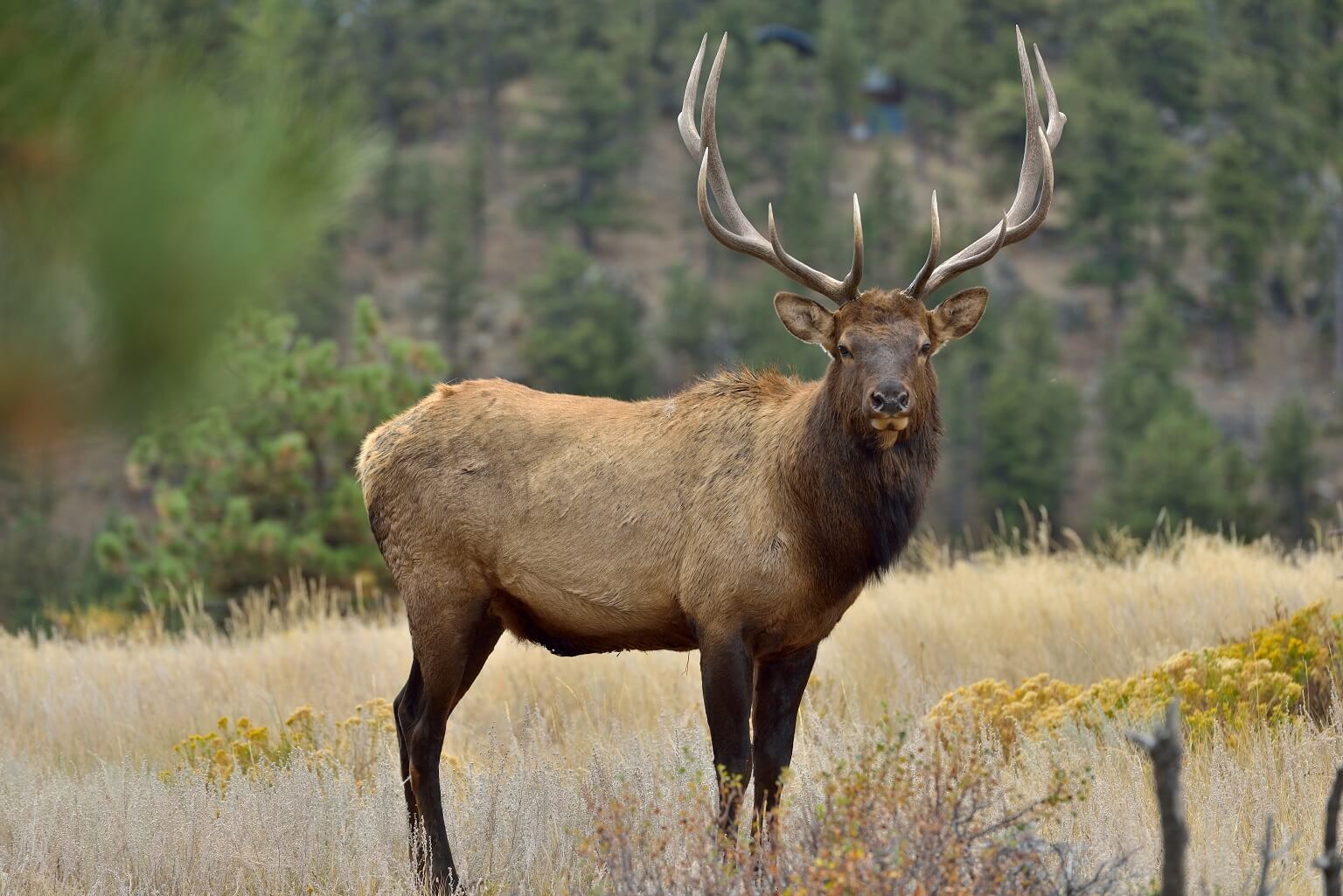 With over 280,000 animals, Colorado’s elk population is the largest in the world. An iconic large mammal of the West, the majestic elk are known for their large antlers which they use to settle territorial disputes. Adult male elk, referred to as bulls, can reach up to 700 pounds, 5 feet tall at the shoulder and a whopping 8 feet from nose to tail. Notoriously noisy animals, their squeals, barks, and bugling communicate messages such as dominance, danger, or calls between mother and calf. By mid-September when the elks begin to mate, you can often hear their bugling echo through the hills.

Fun Fact: Although elk herds are segregated by gender, they are matriarchal, meaning they are led by a single female. 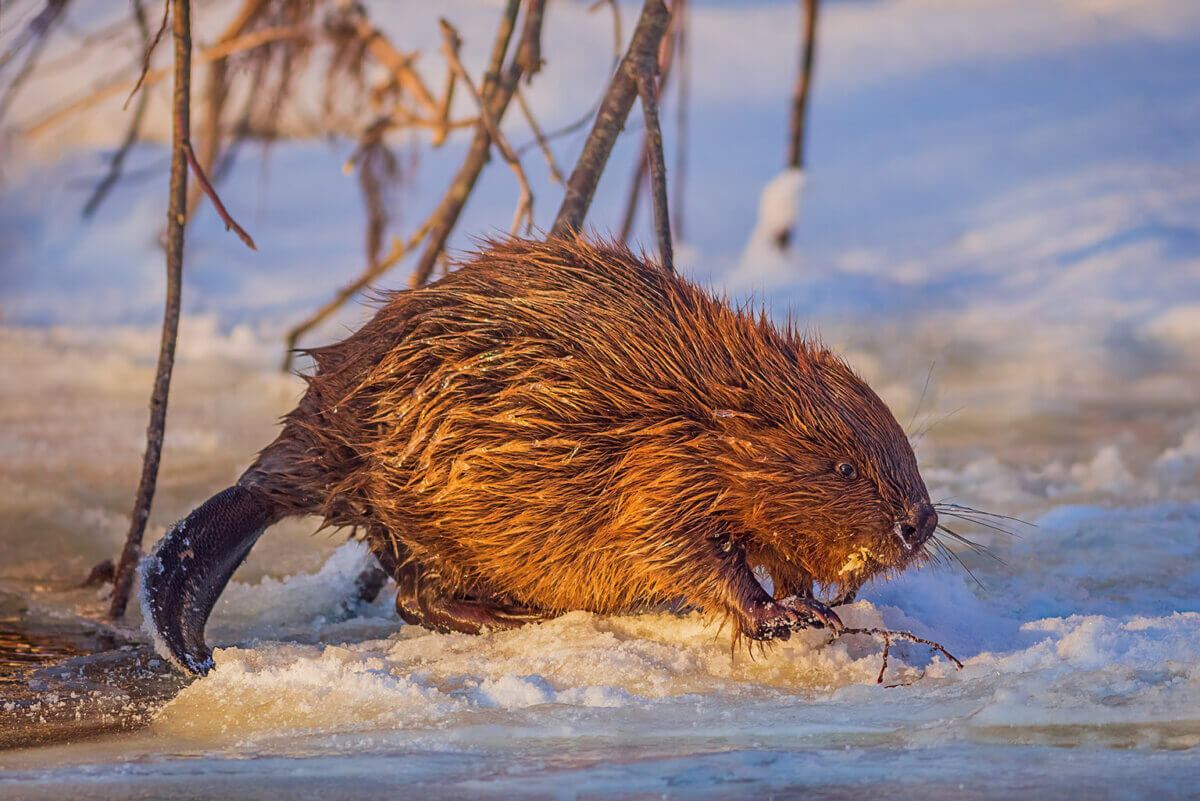 Beavers are considered a keystone species, meaning they are critical to their ecosystem. They attract and increase the biodiversity of wildlife. Likewise, beavers help the environment because they improve water quality and slow the flow of water which helps with erosion. As nature’s engineers, beavers build dams made of logs, rocks and other natural materials. Beaver are widespread on several of the major drainages at the Academy including Monument Creek. We relocate beaver to the base and will continue to do so as long as we have 1-2 mile long reaches of suitable creek habitat. The habitat needs to have appropriate stream flow and vegetation for foraging and dam construction and be presently unoccupied by a family of beaver. The Academy has creek erosion problems, largely due to increasing off-base storm water, and this damage is very difficult and expensive to mitigate using engineered channel stabilization and restoration techniques. Our natural resources office is looking to use beavers, where possible, as a cheaper and less intensive ecological approach to stabilizing and repairing creeks and habitat through what is known as process-based stream restoration. 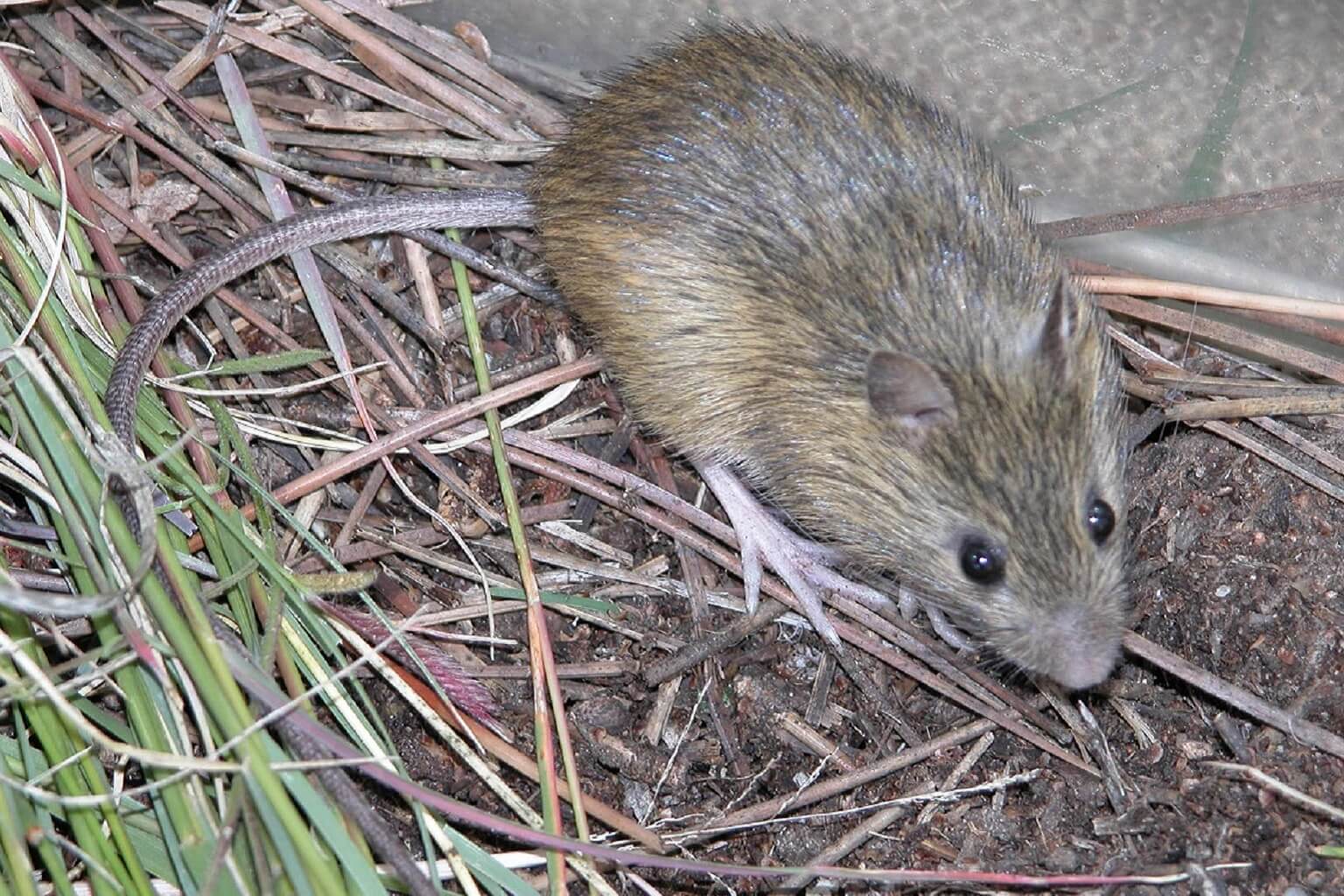 The tiny Preble’s meadow jumping mouse only lives in the riparian habitats of Colorado and Wyoming. One of the largest populations of this federally-threatened species  is found in Monument Creek, right here at the Academy! The mouse measures 9 inches in length and has a long tail which accounts for 60% of its length. With its large hind legs, it is perfectly adapted for jumping and can jump in bounds of 4 feet. The Preble’s mouse enters hibernation in October and doesn’t emerge until May. Its diet changes seasonally and consists of insects, seeds, fungus, fruit and more. In order to study and protect the Preble mouse, the Academy partners with the Colorado National Heritage Program.

Fun Fact: To evade predators, Preble’s can use their long tail as a rudder to change direction in mid-air.