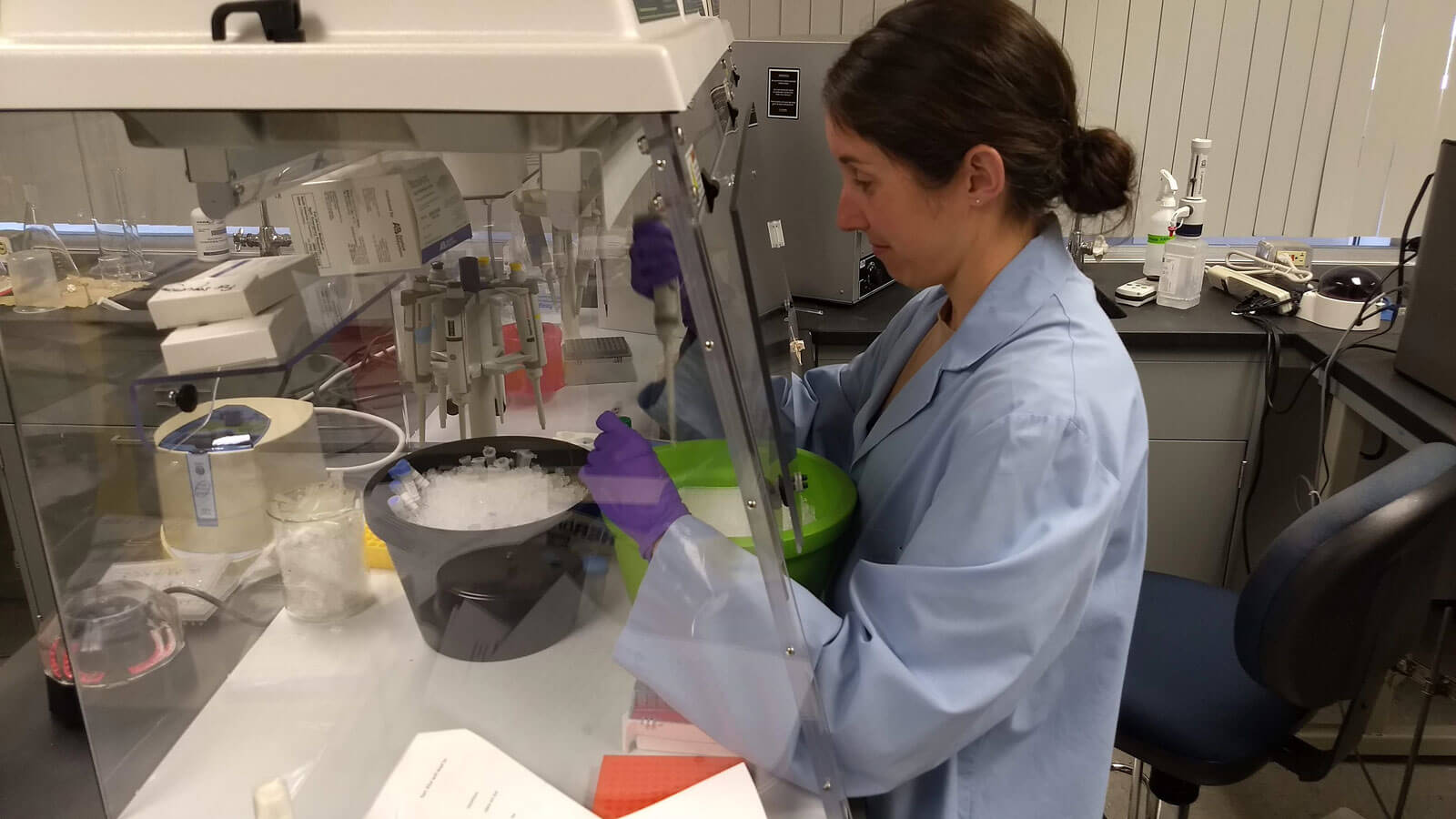 When the United States Air Force Academy made the difficult decision to send the majority of the cadet wing home in March, its faculty and staff immediately got to work to find ways to protect cadets and the Academy mission. Experts from multiple disciplines came together to tackle the problem and answer an important question from the Superintendent: how might we safely return the entire cadet wing to the Academy for in-person instruction during the ongoing pandemic?

Maj Erin Almand, a 2009 Graduate and Assistant Professor in the Department of Biology, had an answer. The Academy could do its own testing. Maj Almand has recently completed a PhD in Microbiology with a focus on norovirus at North Carolina State University. She, along with other dedicated members of the Department of Biology pitched that the Academy could leverage its in-house expertise to conduct surveillance testing in its world-class biology laboratory. Throughout April and May they assessed the Academy’s capability by testing volunteers in the cadet wing and indeed proved that they could produce fast results using pooled testing. 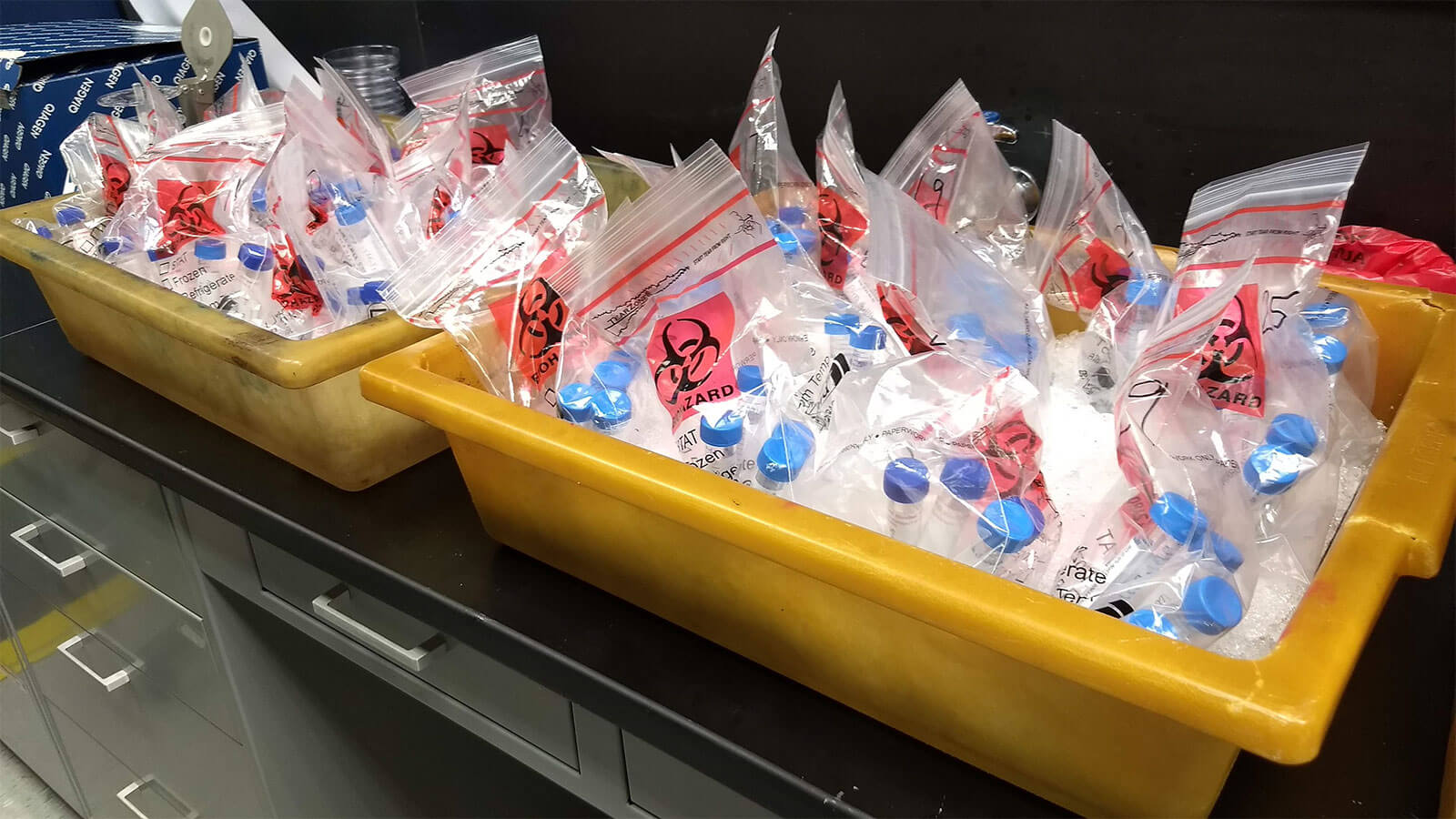 At the same time, members of the Mathematical Sciences and Aeronautical Engineering Departments employed math to attack the problem. Col Douglas Wickert, a 1995 Graduate and Department Head for Aeronautical Engineering, contributed what he dubbed the Fizzle Equation to help inform major COVID-19 decision points for the Academy leadership. The Fizzle Equation is designed to tell how much surveillance testing of the cadet population is required based on different levels of contact tracing. The equation takes into account effects of outbreaks in the local community, super-spreader events at the Academy and a wide variety of other scenarios. Ultimately, it helps ensure that a potential outbreak “Fizzles” before it can get started.

Col Wickert and Maj Almand joined forces as part of the Academy Pandemic Math Team (PMT). The PMT’s efforts place the Academy in a position that is leading the nation on COVID-19 predictive modeling and testing. This multidisciplinary group consists of approximately 20 PhDs in microbiology, virology, epidemiological modeling experts, mathematicians, medical practitioners, data scientists and engineers. The PMT has met with other top Universities and briefed the Deputy Secretary of Defense, the Honorable David Nordquist, on their efforts. As a nod to the program’s success, the Air Force, the Department of Defense and numerous Universities across the nation are now looking to the Academy to model their testing protocols and look at how to conduct a successful surveillance testing program.

The process has not been easy. Members of the team admit to working long hours for seven days a week in order to get the program running; however, their efforts have been deeply rewarding. As faculty and staff at the Academy say they recognize the important of in-person instruction and knew that they could develop a program that injected hope and optimism into these unprecedented times.

What is even more impressive is that many of the basic concepts employed by the PMT are actually taught in Academy courses. The testing techniques used to examine coronavirus samples are introduced to students in Biology 215. Lt Col Chris Cullenbine, a 1996 Graduate and PMT member, notes that the Monte Carlo modeling techniques originally used by the PMT are taught to operations research students in the department’s probabilistic modeling course. While the faculty and staff has built upon these undergraduate level concepts, this foundational knowledge will allow cadets to become involved in future research to keep their Academy safe.

On 27 July the entire cadet wing returned to the Academy – the first time in over 136 days. As the cadets returned to campus, they were tested on days 0, 7, 10 and 14. This testing process was conducted at the Air Force level and helped establish a healthy base population of cadets. Now, the heroes of the PMT are stepping in to help maintain a healthy cadet wing. A team of 14 volunteer instructors from the Chemistry and Biology Departments will help conduct the in-house surveillance testing, in addition to teaching a full course load this fall. The “Fizzle Equation” experts will monitor the results of the testing to continue to feed the Academy leadership decision-making. These complicated decisions take into account official public health recommendations and quarantine and isolation capacity at the Academy. While the future of the pandemic is unknown, the Academy, its graduates and the Pandemic Math Team continue to show the nation why an Academy education is far, far above any other.

To learn about the Academy Pandemic Math Team and its findings visit: https://youtu.be/jzpOZyKND1w