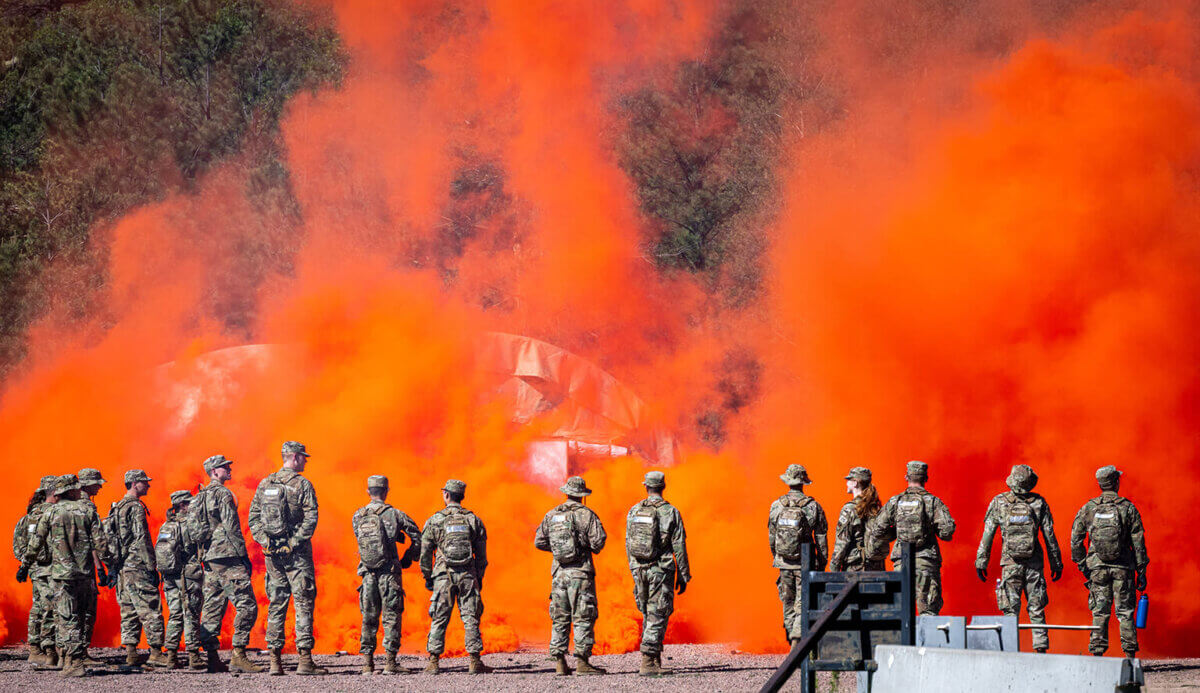 Cadets and cadre members stand near orange flare smoke during combat survival training at the U.S. Air Force Academy, Colorado July 12, 2022. CST includes training on medical care, food preparation, aircraft signaling and navigation, all of which are essential for survival when service members are isolated in the field. (U.S. Air Force courtesy photo.)

The training includes medical care, food preparation, aircraft signaling and navigation, all of which are essential for survival when service members are isolated in the field.

“CST replaces a legacy program from the early 2000s in which Academy graduates completed the survival and evasion training portions of survival, evasion, escape and resistance at the Academy followed by [aircrew-focused] escape and resistance training at Fairchild Air Force Base, Washington,” stated Maj. Melissa Garcia-Brown, the CST officer in charge. 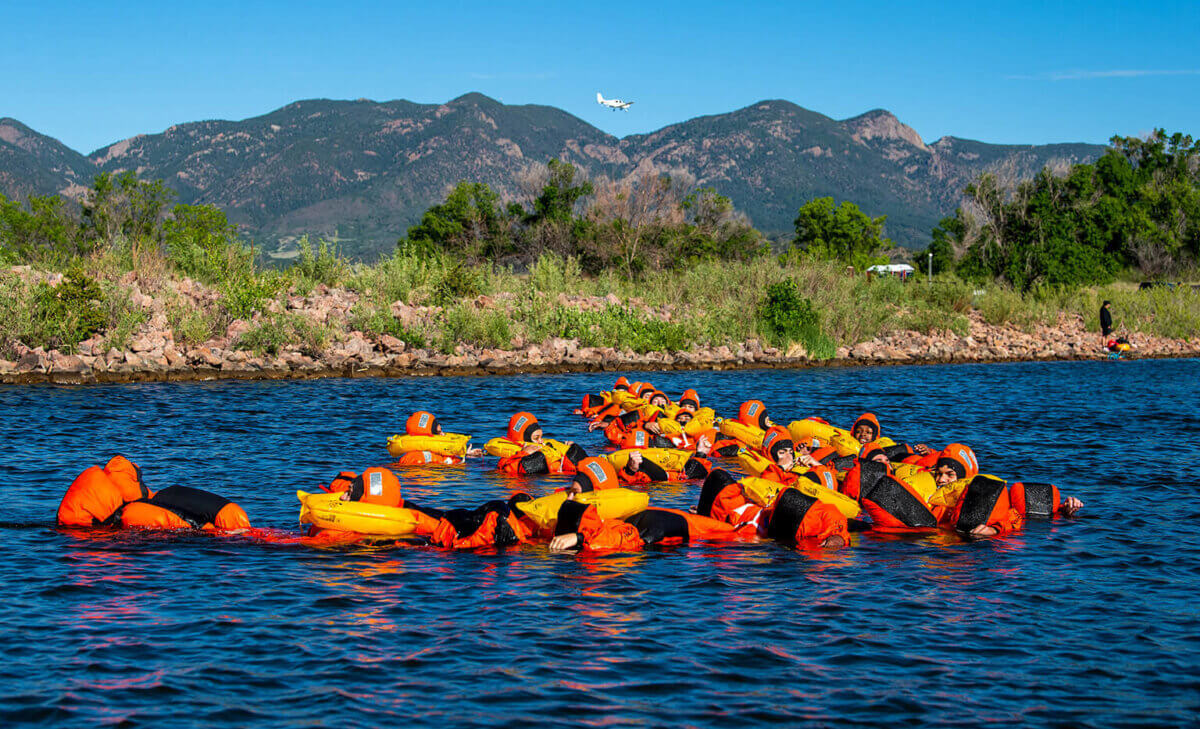 The experience provides a leadership improvement opportunity for cadet cadre while developing more than 1,000 cadet students in portions of SERE training upon graduation, according to Brown.

“These are skills we are going to need no matter what our job is,” said Cadet 4th Class Joseph Peacock. “Even though I wasn’t taught these things while I worked as a senior airman in the command, I must know them when I deploy. I must know what to do if I’m an isolated person.”

Peacock initially enlisted in the Air Force and served as a command post Airman. After officials turned down his first application to the Academy, he never gave up coming here to experience the unique leader-ship opportunities it offers.

“I wanted to lead my Airmen at a higher level and I knew becoming an officer would allow me to use my talents and experiences to give back,” explained Peacock.

Peacock said he believes there is a stress factor for people who have never participated in programs like CST and getting through that stress is only going to make them more effective leaders.

SERE specialists supervise cadre they trained during CST to ensure they are properly passing on the knowledge they gained.

Cadet cadre receive approximately 10 days, 8 to 10 hours a day, of training from SERE specialists on the specific skills they will teach cadet trainees.

“This program directly supports cadet cadre and cadet students in developing warrior ethos and critical thinking, leadership, teamwork and organizational management skills,” Brown said. “The hope is that CST will enable cadets to meet Department of the Air Force requirements.”

“This is a chance for us to learn the skills necessary to become better, safer leaders who are more equipped to handle the pressures and stressors of military duty,” Peacock added.

Check out our Flicker album to see more photographs. 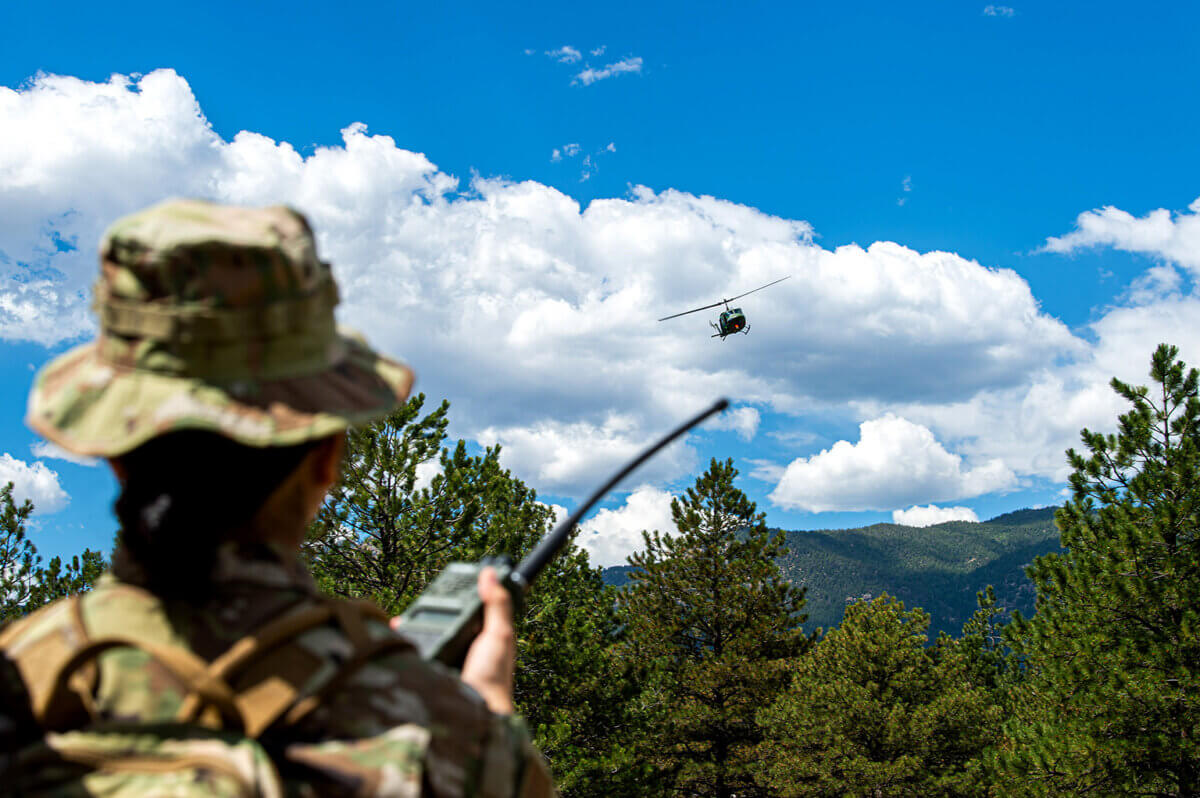