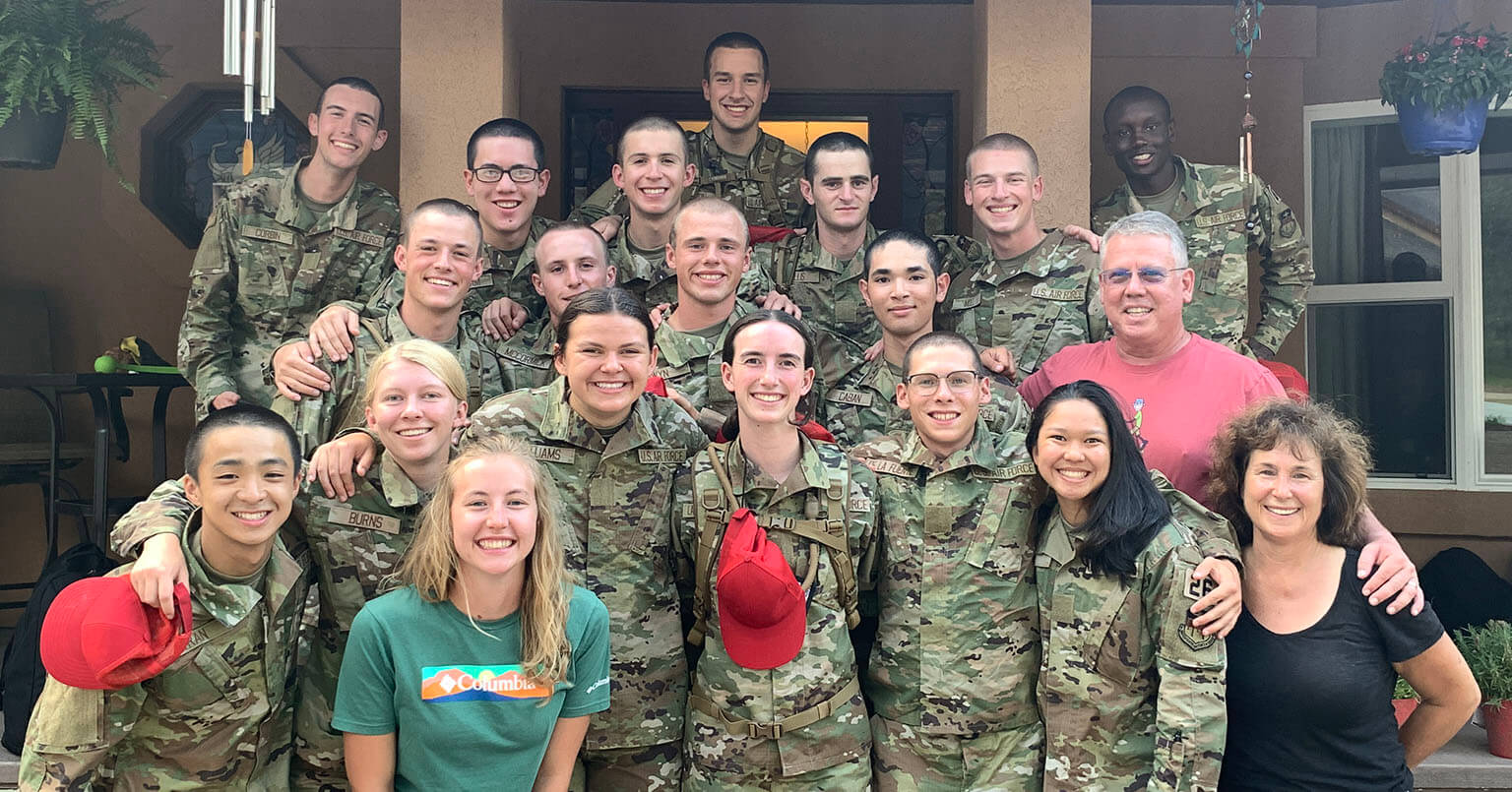 U.S. AIR FORCE ACADEMY, Colo. –  Caroline and Hants White planned to host six basic cadets for Doolie Day Out this year. For various reasons, they ended up with 17 basic cadets in their home for a day filled with food, fellowship and laughter. That is typical of the White’s 15 years of experience as a sponsor family.

Shortly after the couple and their three young children moved to Colorado Springs, Caroline spotted an article about the need for Academy sponsor families.

“We wanted to have something to connect us to the community and show our kids about giving back and paying it forward,” says Caroline. “But we’ve gotten so much more back from this program. It really is magic.”

Since 2007, the Whites, who have no military background, have connected with dozens of cadets through the sponsor family program. The program provides cadets with role models who serve as mentors, friends and advisors. It also gives cadets a place to relax away from the rigors of the Academy.

Home Away from Home

For the Whites, that mentorship and friendship is a family affair where they feed cadets’ bellies and fill their hearts.

“I’m the doer and homemaker and prep all the food, and Hants is the listener,” says Caroline. “Many cadets confide in him about the struggles at school and he talks through that with them.”

Their children have been like siblings to the cadets, riding on their backs and jumping on the trampoline together. The family also adds extra seats to their table over the holidays for their cadets who are unable to travel home. 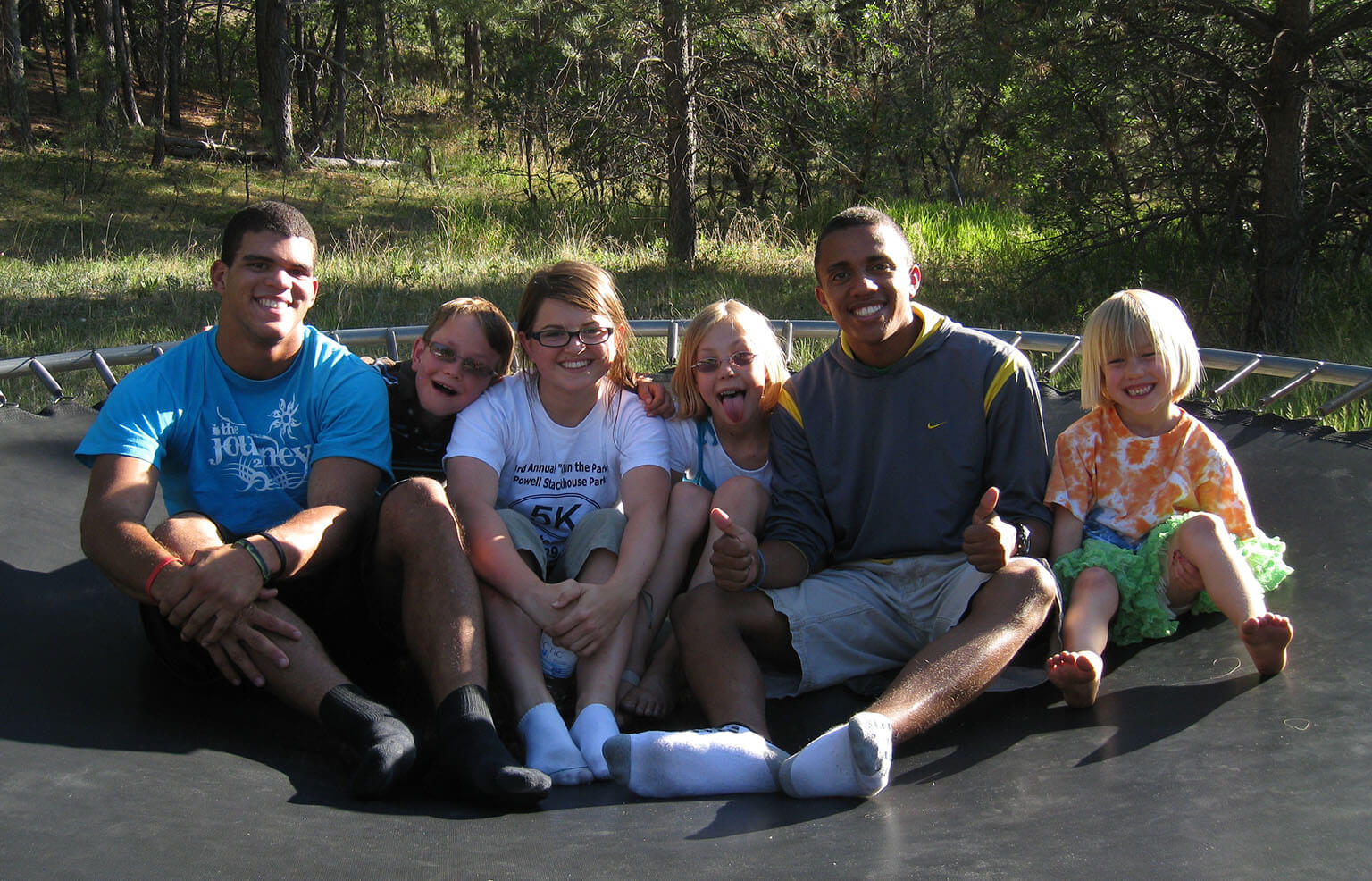 The sponsored cadets’ connection with the Whites doesn’t end when they graduate. Caroline says they exchange holiday cards with many of the graduates and she receives messages from some on Mother’s Day. They have attended the weddings of two of their sponsored graduates and, sadly, one funeral. Capt. Michael Trubilla, Class of 2011, died in a plane crash in 2016. 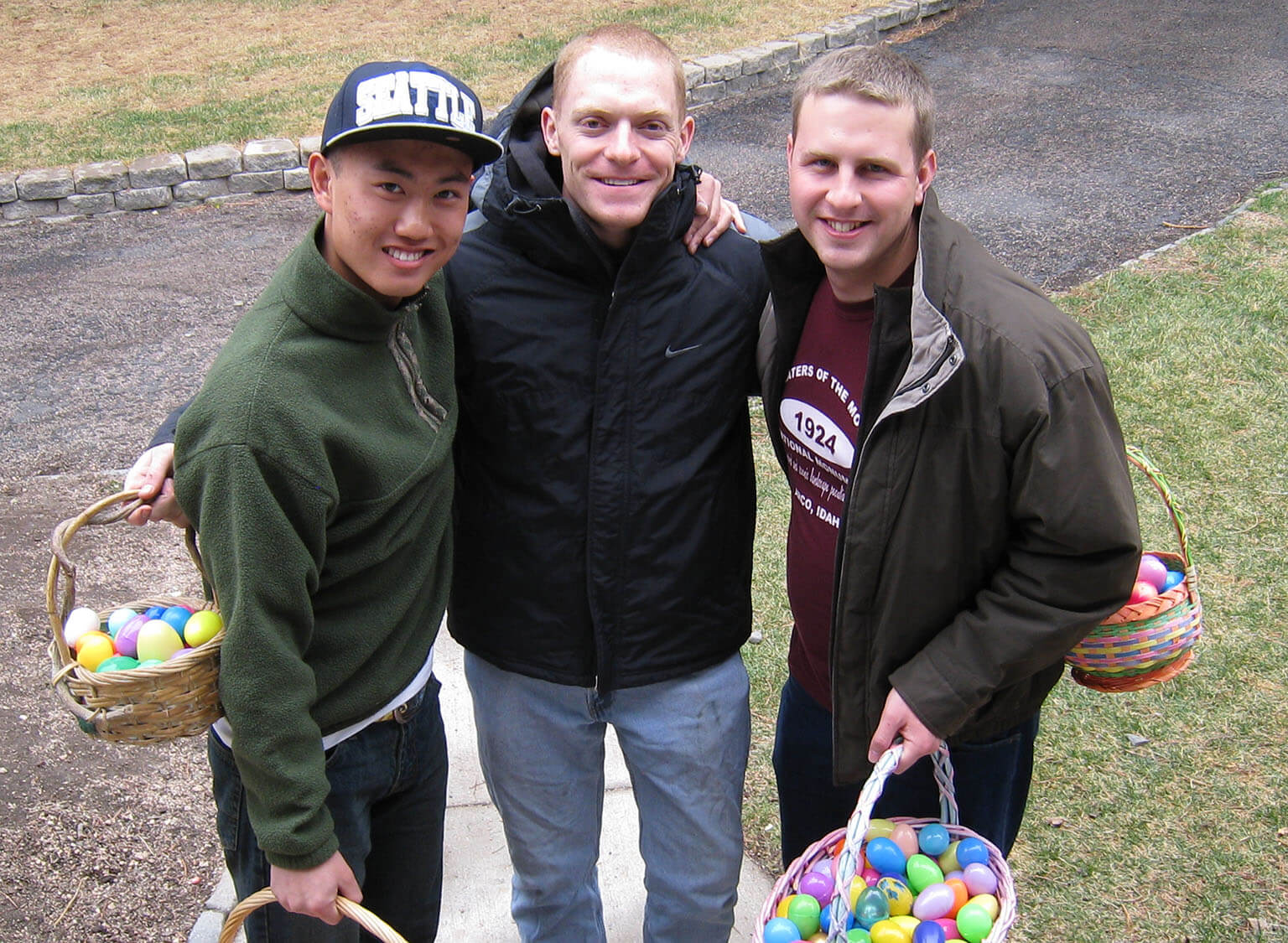 “That was so very hard.  It was the first military funeral I’d been to,” says Caroline. “I felt out of place because I didn’t know anyone other than his family, but at the same time felt the support of the military and was grateful to be there for that.”

She still exchanges Christmas cards with Trubilla’s family and receives a wreath from them every year to commemorate his life. 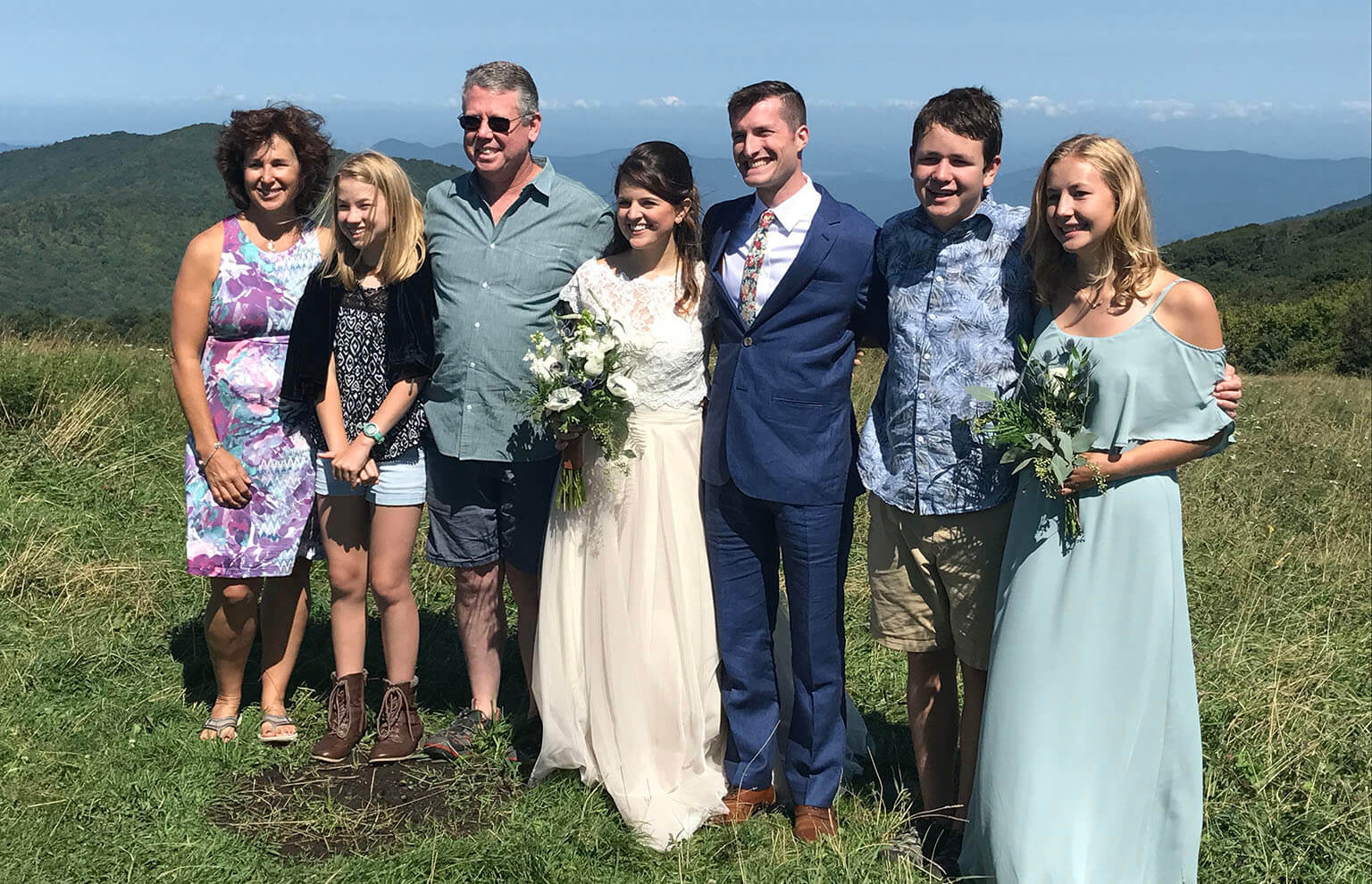 The Whites frequently receive updates on the professional and personal lives from many of the 50 cadets they have sponsored. One just returned to the Academy as an instructor. Another recently married a fellow pilot she met at training. Yet another attended graduate school and is starting his cyber career. This year, their latest former cadet starts his service in the Space Force.

Who knows what’s in store for the 17 cadets who joined Caroline and Hants on Doolie Day Out, but chances are, the Whites will be part of their journey over the next four years at the Academy and beyond.