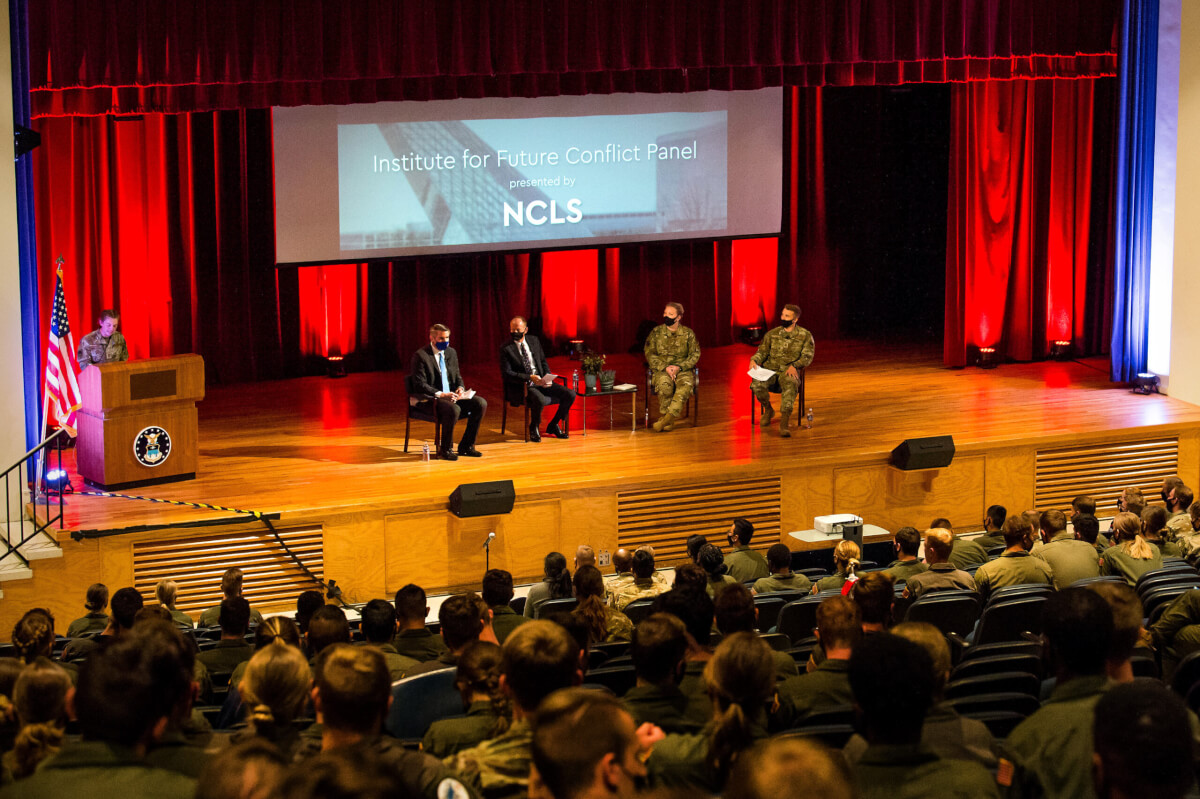 “Artificial intelligence allows adversaries to create narratives that are 100% false,” he said, “causing confusion and strife within the U.S.”

Krieger said the manipulation of technology by adversaries shifts the definition and manner of U.S. defense.

“Future conflicts are going to be everywhere at once,” she said. “How do we know we’re at war? It’s so fuzzy and so grey that you might not know you’re at war when it begins.”

“Warfare is all over you,” he said, with most unaware of the security risks rife in the tech-based tools they use “every minute of every day.

“Your cellphone is a great helper, but it’s also the biggest vulnerability we have,” Stilwell said. “Anyone with a laptop and [bad] intent is a combatant. Every time you log or punch in [to a cellphone] on your phone you are being surveilled.”

Shwedo directs the IFC and works with senior Air Force officials to support Defense Department needs. The talents and research of Academy cadets provides the Pentagon with ammunition against hacking, he said, “intellectual property theft and outright information spin conducted primarily by China and Russia.”

“Anytime you have a great challenge, there is great opportunity,” he said.

The IFC director said the fight against adversarial nations and state actors in the info realm is similar to Martial Arts.

“It’s like Jujitsu – We use their own force against them,” he said.

The panelists said the influence of Academy cadets on national security should not be underestimated and advised them to develop a “healthy distrust” of internet information.

Krieger, Stilwell and Shwedo agreed that regardless of the conflict, the U.S. must lead the way in abiding by laws and treating all inside and outside its borders with dignity and respect.

“How we treat other people is at the center of conflict,” Shwedo said.

The panel discussion coincides with next years’ National Center for Character and Leadership Symposiums’ theme of “Ethics and Respect for Human Dignity.”