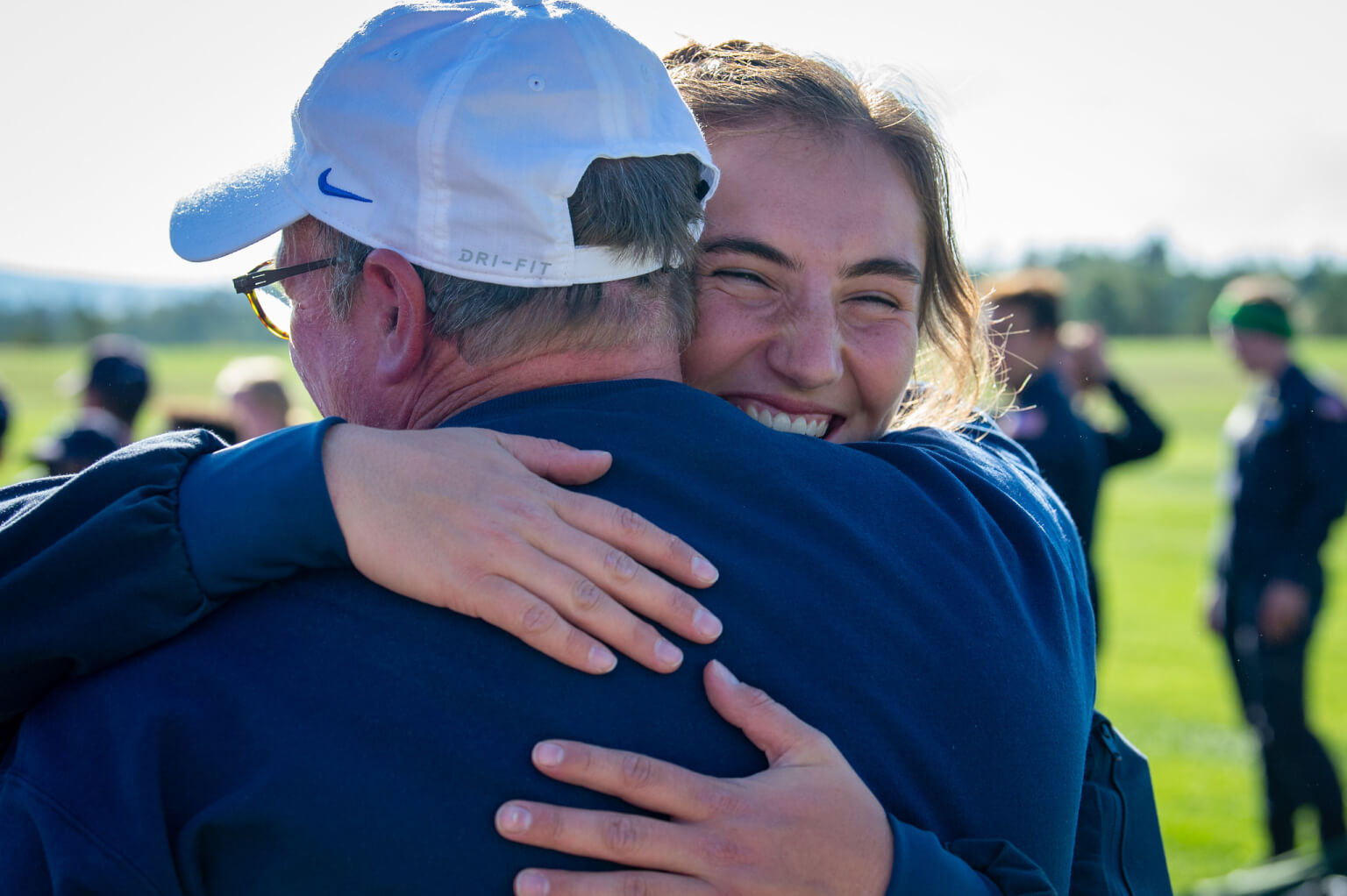 “When you walk around the terrazzo on Parents’ Weekend and talk to parents and cadets, you cannot help but appreciate their excitement and energy,” Lundy said. “It’s an amazing event.”

Sheyla said she’s most impressed by Madison’s desire to accept greater responsibilities as she moves up in the cadet ranks.

“Watching her grow and seeing the elevation of her character since basic training has been a big thing,” she said.

“As much as my sister looks up to me, I look up to her as well,” Madison said. “She is a smart young woman with the drive to be successful. I can’t wait to see where she goes in life and what she accomplishes. One thing I hope she’s learned from me is the path to success isn’t easy and it’s important to rely on those you trust for help and support. You can’t do it alone.”

Growing up in a military family influenced Madison’s desire to continue her family’s military service.

“Growing up as a military brat, I moved around a lot, which I loved and appreciated,” she said. “I became familiar with how things worked. Being a military brat made it easier to consider joining because I appreciated the purpose and mission.

Brian Schaefer is a retired chief master sergeant and his pride for his son is obvious.

“We dropped him off for basic training and came back for acceptance day – he’s all military now,” Brian said. “We took him out to eat and even the way he sits at the table is different. I just tell him to take it one day at a time, stick to the Air Force core values and he’ll see what can happen.”

“If it wasn’t for my father, I would not have joined the Academy,” he said. “His support has been tremendous and he’s always ready to give me advice about anything. I would not be able to do this without my family. They’ve supported me through this journey and I know they’ll support me on the journeys to come.”

Shelia Slaughter appreciates the opportunities the Academy has given her “athletic, smart and structured” nephew.

“The young man always had purpose,” she said. “He’s very much a motivator.”

Mayson said the encouragement of his aunt and his extended family is a fundamental influence driving his commitment for the Air Force and the Academy.

“In the greatest moments, my family is my first phone call to celebrate with,” he said. “In challenging times they are my backbone, giving me the support and motivation I need. They have always given me their all whenever I needed it by sacrificing time and energy to my cause. It’s my turn to give that to them.”

“I may have to face my son or daughter and tell them that tough times build tough people, but if I don’t have that reputation myself how can I expect that level of ownership within themselves?”

Shelia said Mayson is a positive influence, especially for other young African Americans who may be considering applying to the Academy.

“There’s a lot of untapped potential in the street,” she said.

Mayson said the Academy experience is not just about cadets.

“The Air Force isn’t about planes and satellites, it’s about harnessing the power of people,” he said. “When those people have a village behind to help stay on track, the ceiling for success is infinite.

Editor’s note: According to Lundy, more than 6,300 guests visited the Visitor Center during the extended weekend. So far this year, the visitor center has averaged 488 guests each day. During June, July and August, the center averaged 835 guests each day.