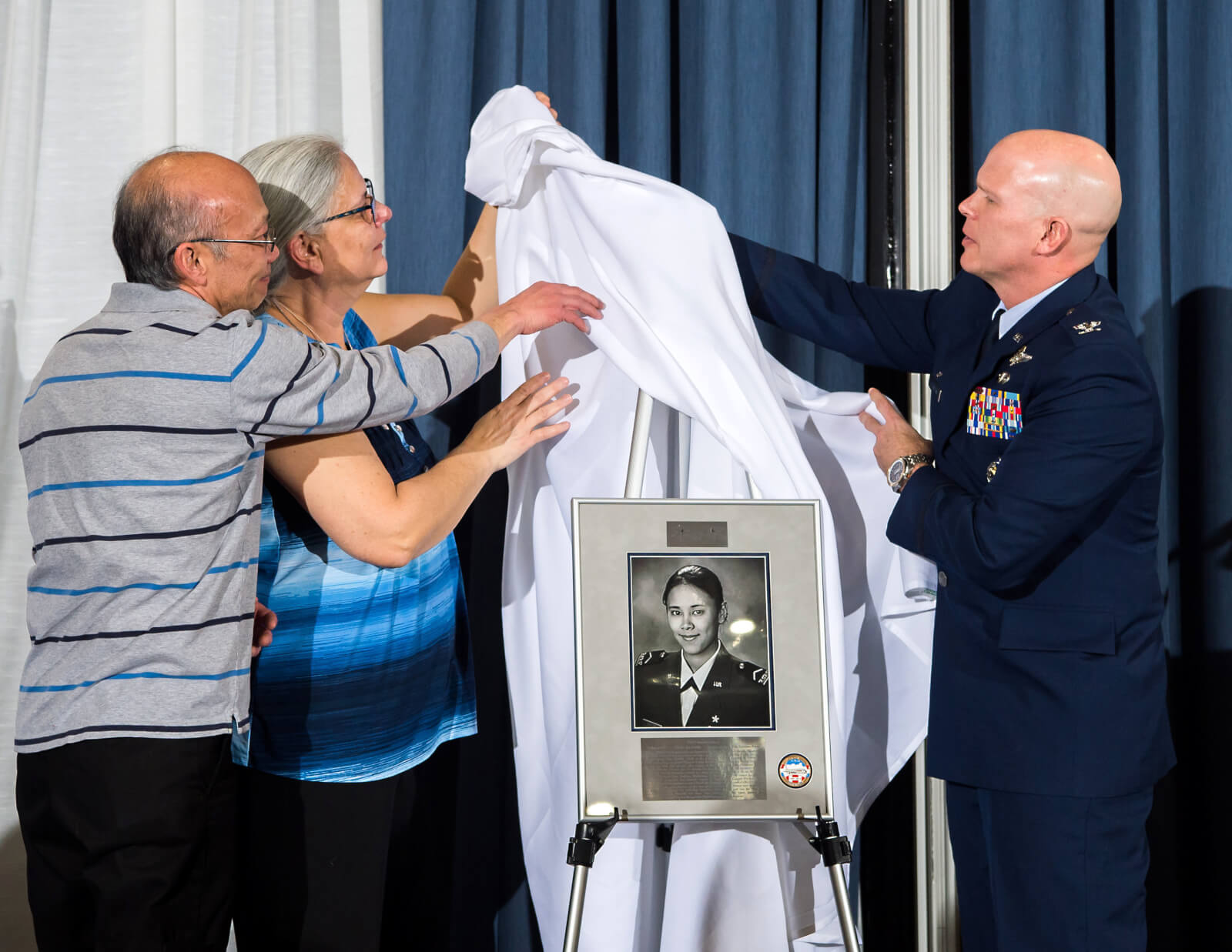 Michelle and Larry Castro help Col. Timothy Thurston unveil the U.S. Air Force Academy Preparatory School’s 2020 Exemplar in honor of the late Capt. Victoria A. “Tori” Pinckney in the Falcon Club at the U.S. Air Force Academy, Colo., Jan. 24, 2020. Cadet candidates selected Pinckney because she was a leader of the people and always valued service before self. The Castros are Pinckney’s parents and Thurston serves as the Prep School commander. (Photo by Trevor Cokley)

Each class selects a leader whose life and career epitomize integrity, service, excellence and the character traits they wish to embody.

This year’s class of cadet candidates selected Pinckney, a 2008 Academy graduate, because she was a leader of the people and always valued service before self, explained Cadet Candidate Benjamin Meza, the group exemplar officer.

“I came to the Prep School to learn what it truly means to be an officer who cares about their enlisted family and Capt. Pinckney exemplifies everything I came here to be,” Meza continued. “She’ll go down in history as one of the Academy’s best examples of the underdog who fought for her country until the very end.”

On May 3, 2013, flight Shell-77, a KC-135R Stratotanker, crashed six miles south of Chaldovar, Kyrgyzstan, during a combat aerial refueling mission. The aircraft exploded in flight and crashed killing all three crewmembers including Pinckney. She deployed from the 92nd Air Refueling Wing at Fairchild Air Force Base, Washington, to the former Transit Center at Manas, Kyrgyzstan.

“She didn’t just care about getting the mission done—she whole-heartedly put people first,” said Cadet Candidate Hannah Wingo, who serves as Meza’s executive officer with the exemplar committee. “Pinckney never asked her subordinates to do something she couldn’t do herself and that mentality really connects with me.”

The Exemplar Program formally celebrates the individual chosen by the class and memorializes the class’ affiliation as they journey to become leaders of character.

“I knew Tori, her aircraft commander, [Capt.] Tyler Voss, also a 2008 [Academy] graduate, and Tech. Sgt. Tre Mackey, well and they soared until the final second,” said retired Col. Brian Newberry, the 92nd ARW commander at the time of the crash. “They honor the Academy’s legacy of excellence with how they lived and flew gallantly for our nation.”

The Prep School isn’t the only institution on base who honored the late captain. On July 19, 2017, Cadet Squadron 15 in Vandenberg Hall established a memorial cabinet in her honor and invited her family to attend.

“We couldn’t think of anyone else we’d rather honor—I hope one day I’ll make her proud,” Meza said. 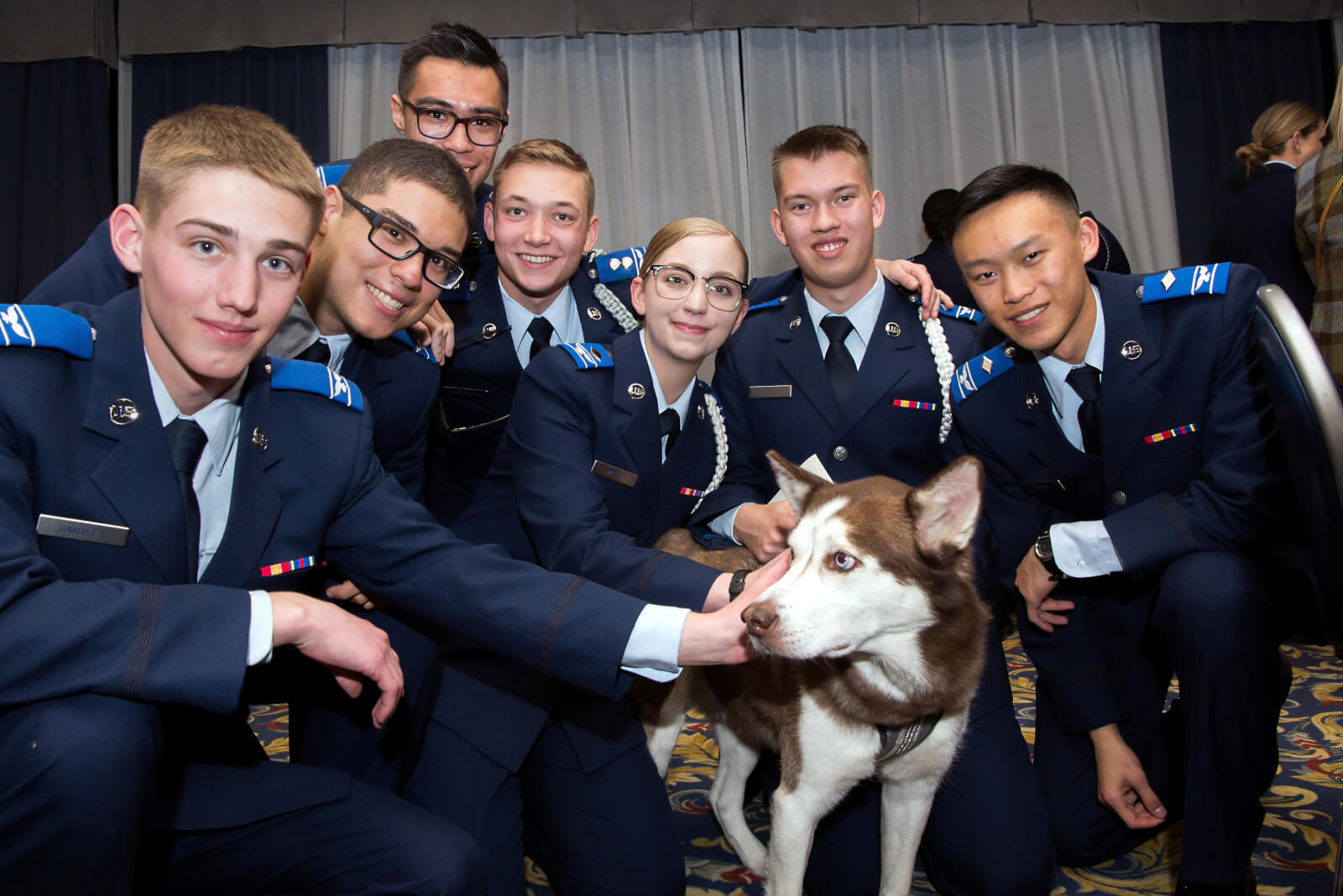 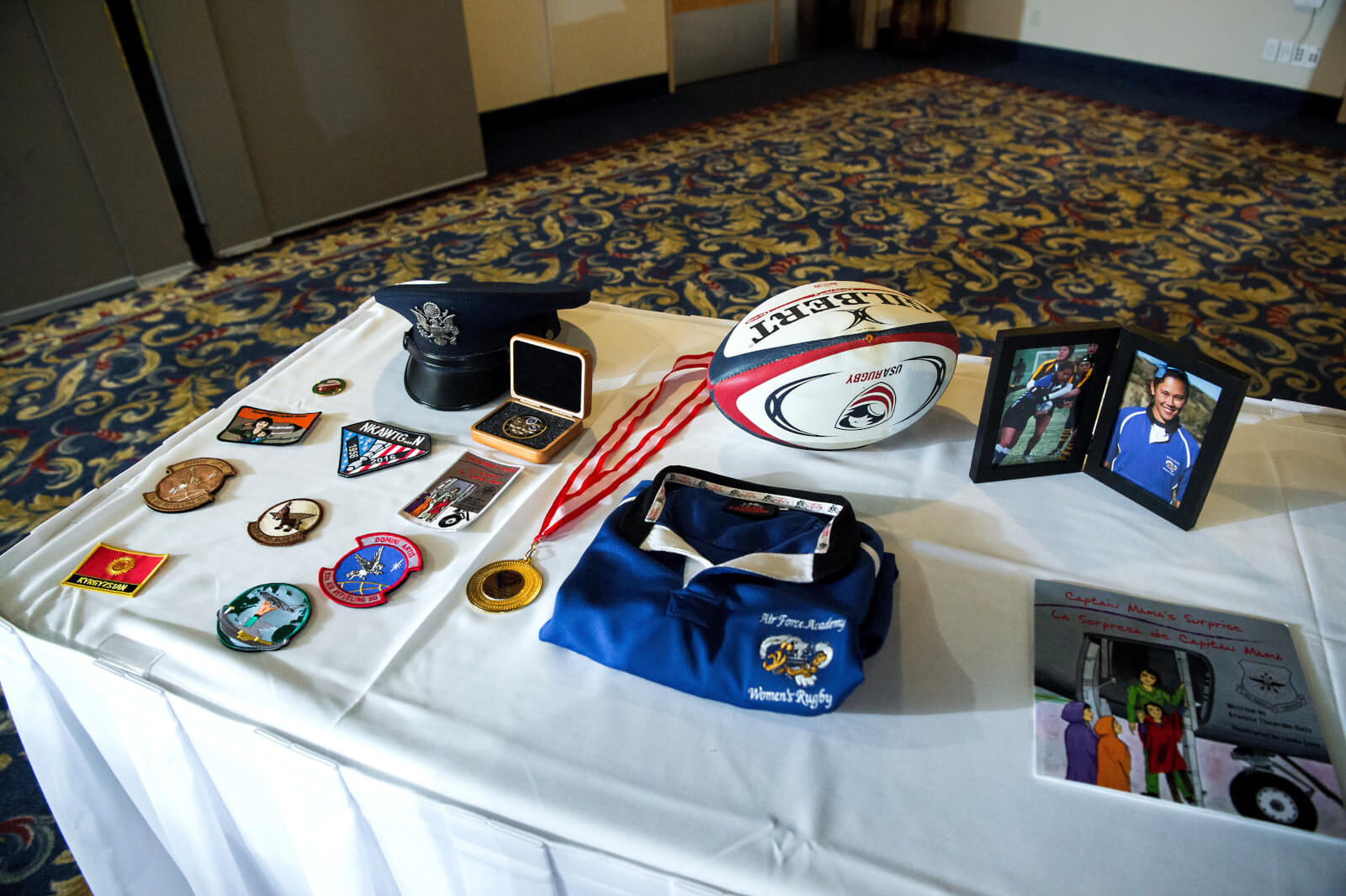 Cadet candidates with the U.S. Air Force Academy Preparatory School display mementos from the late Capt. Victoria A. “Tori” Pinckney’s life during the 2020 Exemplar Dinner honoring her in the Falcon Club at the U.S. Air Force Academy, Colo., Jan. 24, 2020. Pinckney was a 2008 Academy graduate and played on the Women’s Rugby team during her tenure with Cadet Squadron 15 in Vandenberg Hall.