Academy brings back MTIs as CW refocuses on training fundamentals 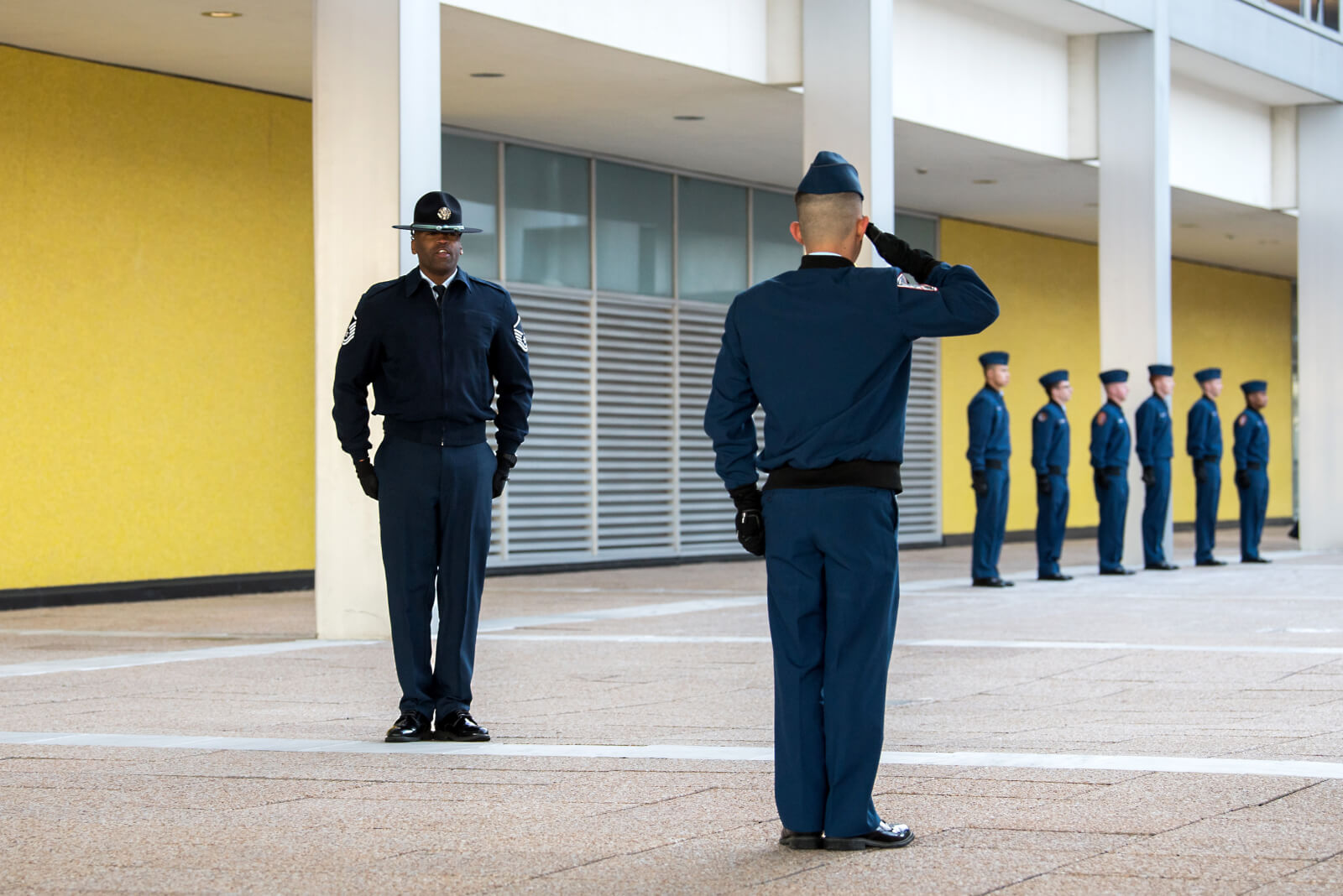 “I want this to be the nation’s most disciplined, professional and future-focused military training organization,” said Brig. Gen. Michele Edmondson, commandant of cadets.

In 2004, the Academy created the Academy Military Trainer program. The role of AMTs quickly evolved into a mentorship and leadership support function to squadron air officers commanding. After 2009, when the last MTI transitioned from the Cadet Wing, their role in training was reduced to weeklong training sessions before Basic Cadet Training.

As part of ongoing training evaluation, the commandant, who previously commanded the 737th Training Group at Joint Base San Antonio-Lackland, identified the need for MTIs to bring their expertise back to the Academy.

“The Air Force has invested significant training in our MTI corps and as a result, the MTIs we develop today have incredible maturity, leadership experience and a deep understanding of what training ‘right’ looks like,” Edmondson said.

Five MTIs are slated to join the Cadet Wing by March as preparations for BCT ramp up. Master Sgt. Marcus Coley, the first MTI, has arrived and is working with cadet training officers to improve their squadron training sessions.

“I see our role as providing guidance to the cadets and making sure accountability is a core part of their daily interactions,” Coley said. “There needs to be a balance between making corrections and the follow-up, mentorship piece [of leading].”

Coley spent more than three years at Lackland training newly enlisted Airmen and military training instructors. He said emphasis on proper wear of the uniform and drill and ceremony is key to establishing self-discipline. He also championed transparency and respect and dignity while addressing infractions.

“There are different ways to get someone’s attention other than doing push-ups, and I’m just excited to share my training expertise with the cadets here,” he said.

As part of its new training plan, the Cadet Wing will also leverage experts in the Athletic Department to lead and plan physical conditioning for recruits during BCT to reduce injuries and better prepare the cadets to meet Air Force standards.

“We’re looking to see that consistency in training across the squadrons so that all cadets have the same opportunity to succeed here,” Edmondson said.