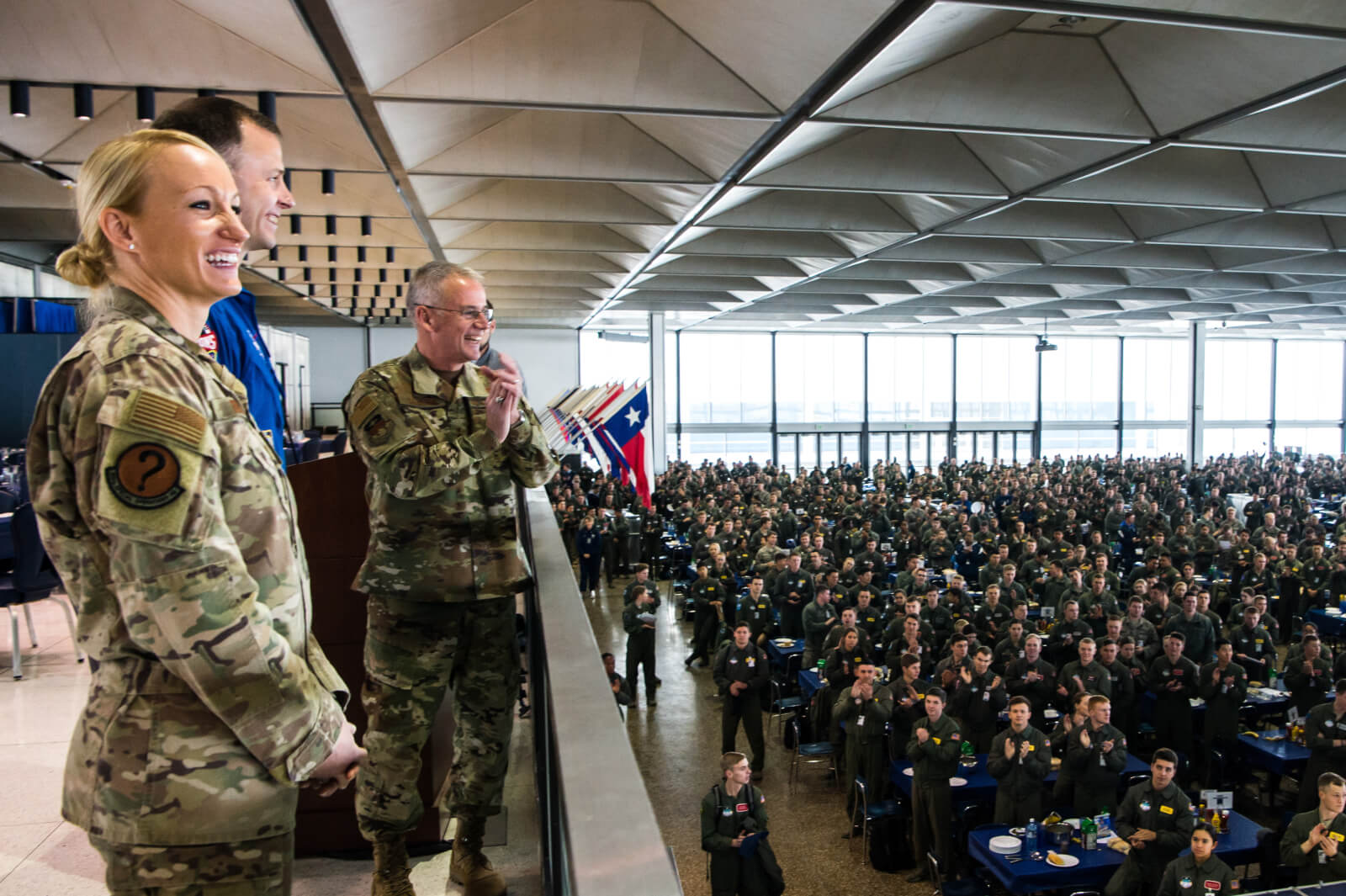 Jabara was the second leading Air Force ace of the Korean War, with 15 kills, and the first American jet ace. The Academy, its Association of Graduates and the Jabara family, established the award in his honor in 1967. Since then, the Academy and AOG have presented the award to graduates whose contributions set them apart from their contemporaries.

Hague and Russian cosmonaut Alexey Ovchinin were in a capsule attached to a Soyuz rocket booster when the booster failed, forcing them to abandon their Oct. 11, 2018, mission to the International Space Station. The malfunction occurred within two minutes of their launch from Baikonur Cosmodrome in Kazakhstan.

“Our success, our survival, was the result of teamwork between ground control and our crew, all of which was anchored by the stoic leadership of my commander, Alexy Ovchinin,” Hague said.

According to NASA communications, the capsule automatically detached from the rocket. Hague and Ovchinin experienced 6.7 G forces on their decent back to Earth and made a “ballistic landing,” which NASA described as “descending at a sharper angle” than normal.

“Our human space program thrives on teamwork,” Hague said. “Surviving a space launch failure was a direct result of that teamwork in action – a training team that prepared us to be ready for any of a thousand scenarios.”

Gathering Intel
Among the accomplishments noted in her Jabara nomination, Reilly deployed to Afghanistan May-September 2018 to fly the U-28A, a low-altitude intelligence aircraft. The intelligence she gathered led to the rescue of three hostages, the death of 274 enemy combatants, and the removal of 23 high-value targets, including the “No. 1” Islamic State Group target in the Khorasan Province.

“My achievements are the result of incredible people in my life who dedicated their time and energy to train and mentor me,” Reilly said. “Most specifically, I attribute my achievements to how my parents raised us on our family farm in Central California … Their innovation and grit laid the foundation for what the Academy, and subsequently Air Force Special Operations Command, honed into a skill set vital to my career as an officer and an aviator.”

Hague and Reilly both told the crowd of cadets they were humbled and honored to received the award.

“The Jabara Award symbolizes that the seemingly impossible can be realized if our actions are anchored in integrity, service and excellence,” Hague said. “As a space professional, it is humbling to look at the long history of aviators who have received this ward and be considered among their ranks.”

Reilly also said she was shocked to receive the award.

“While you’re reading this, there are U-28s flying somewhere around the world, hunting our nation’s most dangerous enemies and supporting out troops on the ground in some of the most formidable locations on Earth,” she said. “I am honored to have served with the men and women flying those missions.” 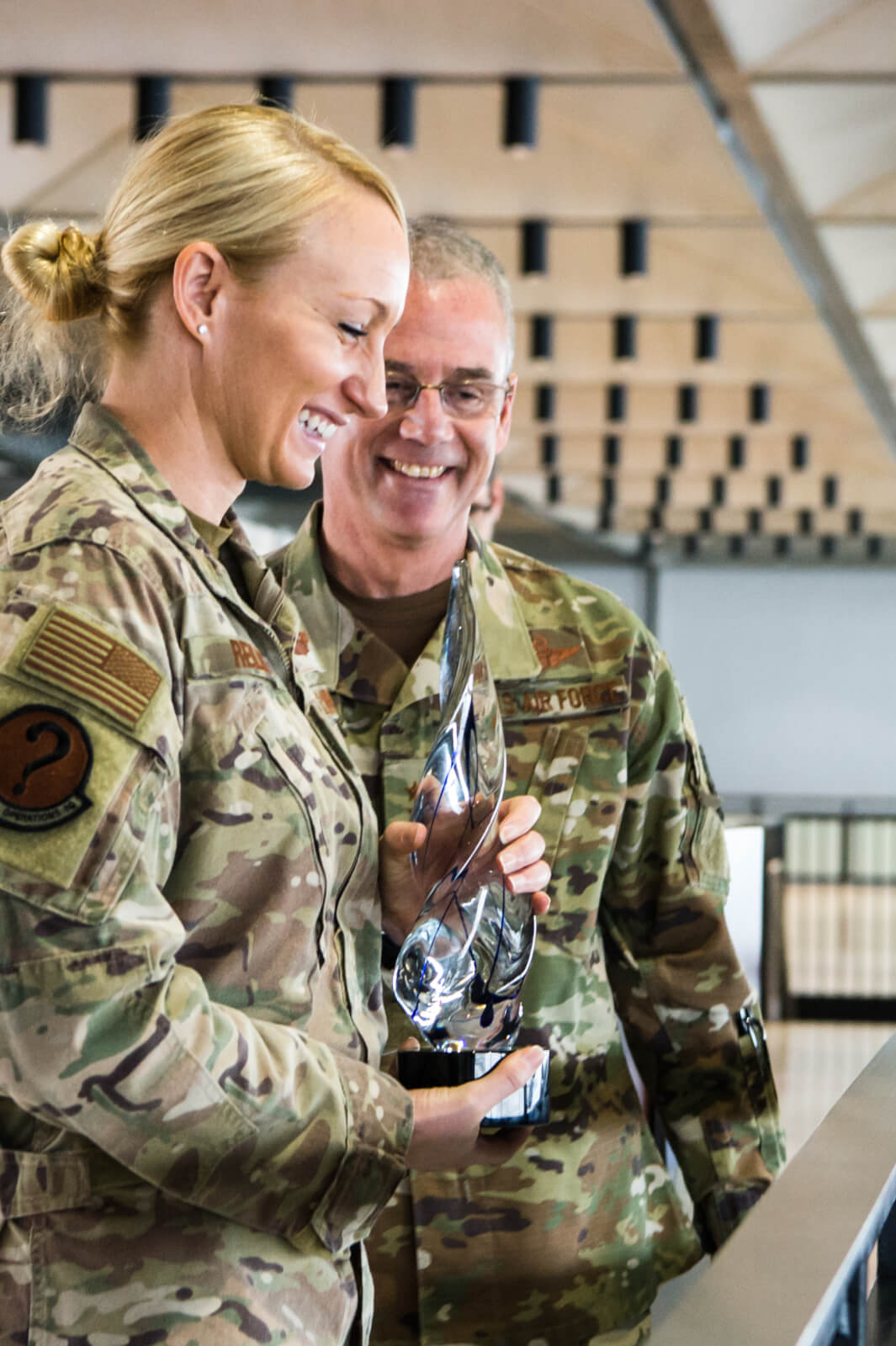 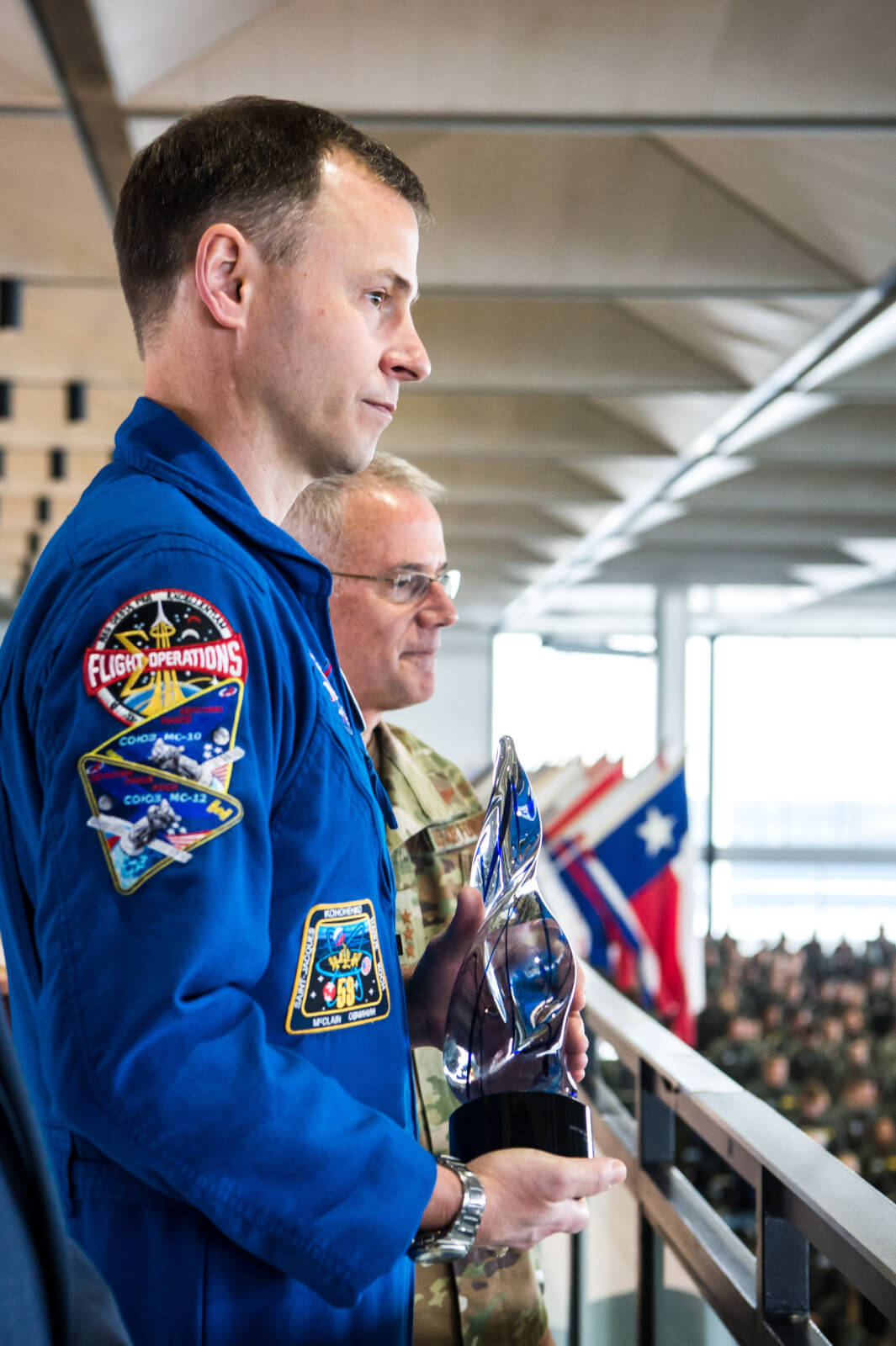 [Editor’s note: The Jabara Awards Dinner, scheduled on the evening of Feb. 7, was cancelled after the base was closed due to heavy snowfall.]