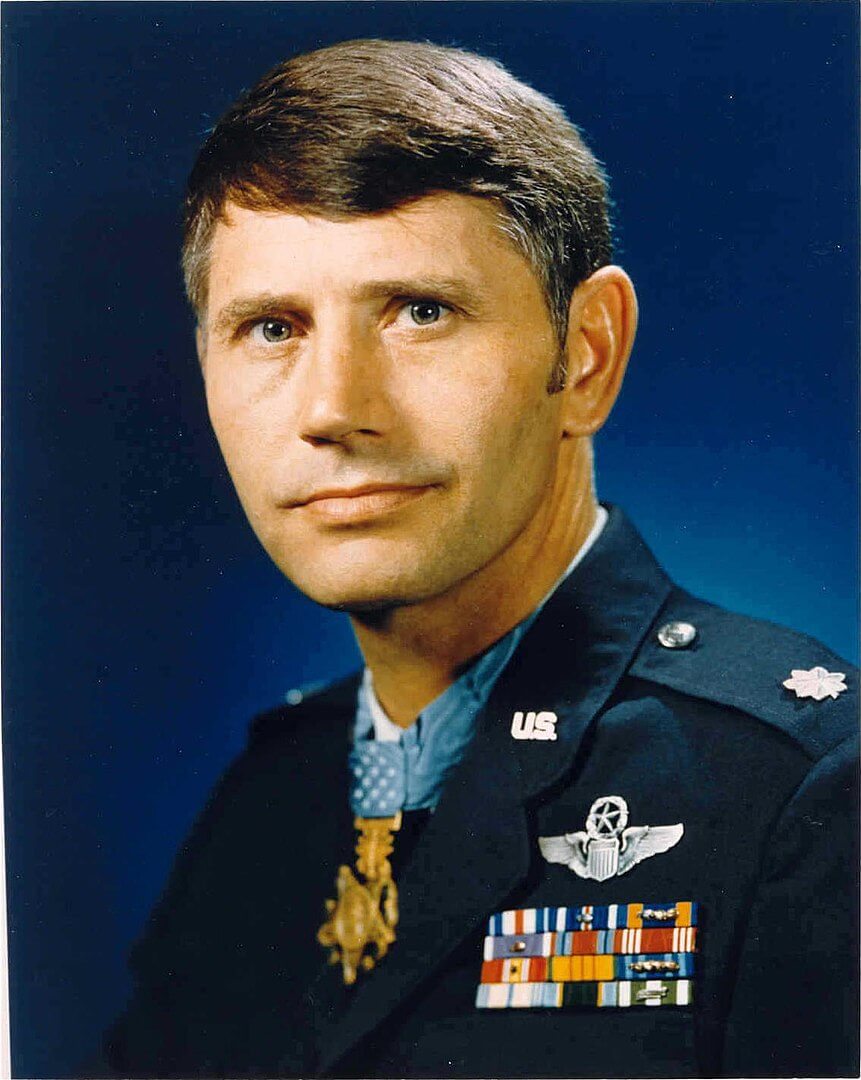 U.S. AIR FORCE ACADEMY, Colo. — The exemplar for the sophomore cadets at the Air Force Academy is a pilot, prisoner of war and Medal of Honor recipient.

“The exemplar program is important because it gives each Academy class someone who represents the values and character traits they want to internalize and live by,” said Cadet 3rd Class Joshua Scahill, head of the class of 2023’s exemplar team.

The sophomores added Col. Leo Thorsness to the school’s exemplar list during a ceremonial dinner earlier this month.

“Col. Thorsness was voted the best candidate to represent our class because he was an incredible servant leader,” Scahill said.

According to Thorsness’ Medal of Honor citation, the F-105 pilot was on an April 19, 1967 mission to destroy Viet Cong surface-to-air missile sites.

“In the attack on the second missile site, Lieutenant Colonel Thorsness’ wingman was shot down by intensive antiaircraft fire, and the two [pilots] abandoned their aircraft,” the citation reads.

An enemy fighter jet was spotted while Thorsness circled his aircraft to give the parachuting [pilot’s] position to the search and rescue team.  Thorsness destroyed the jet and flew off to find an aerial tanker. He returned after more enemy aircraft were seen.

“He spotted four MIG-17 aircraft and immediately initiated an attack on the MIGs, damaging one and driving the others away from the rescue scene. When it became apparent that an aircraft in the area was critically low on fuel and the crew would have to abandon the aircraft unless they could reach a tanker, Lieutenant Colonel Thorsness, although critically short on fuel himself, helped to avert further possible loss of life,” the citation reads.

Thorness would be captured by the Vietcong before the end of the month and held as a prisoner of war for six years after his F-105 was shot down. He was released March 3, 1974 during Operation Homecoming.

“We are honored to have Colonel Thorsness as our exemplar,” Scahill said. “I hope this selection inspires cadets to be vigilant leaders.”

The Medal of Honor is the most prestigious personal military decoration awarded to U.S. service members who distinguished themselves by acts of valor.