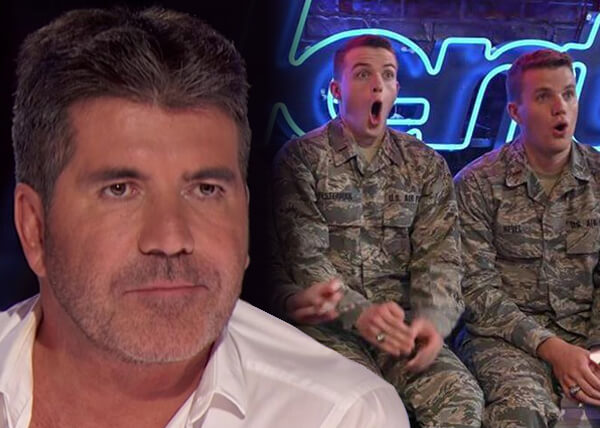 U.S. AIR FORCE ACADEMY, COLO – The United States Air Force Academy’s a cappella group “In the Stairwell” were voted into the America’s Got Talent semifinals and to celebrate we’re going to declassify 7 surprising facts about these young men who are serving their country and melting hearts  across the world.
1. If they win the competition, they don’t get the $1 million grand prize.

The members of United States Air Force Academy’s A Cappella Club, In the Stairwell, won’t be going on an epic spending-spree if they win. Since they’re selflessly representing the ingenuity and ambition of the armed forces, the U.S. Air Force has granted them approval to compete on the national stage while they fulfill their academic and military obligations.  The money will alternatively go to the club to fund future travel and performances.

2. They’ve performed for the President!

In December 2011, the White House got wind of their skills and formally invited the group to perform for then President Barack Obama. Although the group was composed of different members at the time, this was their first big break. They have gone on to compete twice in the International Championship of Collegiate A Cappella, made famous in the Pitch Perfect films, placing second in the Midwest Region Quarterfinals in 2016.  Anna Kendrick’s days as America’s sweetheart may be numbered. 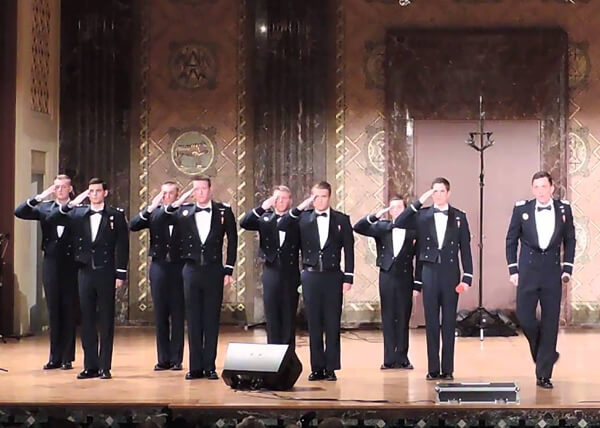 As if attending one of the top ranked colleges in the nation wasn’t impressive enough, these young men who have mastered their vocal talents weren’t ready to rest on their laurels and have introduced choreography into their routines. Naturally, they sought the expertise of fellow cadet Brianna Kramer who leads the United States Air Force Academy’s NCAA Dance Team. According to Kramer, “I was surprised how much rhythm they had… the problem was they couldn’t translate that to their feet.” The judges have been split on the results. During their initial performance, Simon Cowell criticized the group for using too much choreography. Following their latest audition recording artist Mel B exclaimed, “I love that you kept the awkward choreography.” Kramer says she takes that as a compliment!

4. They don’t get much time to practice.

Did you know four of the five graduates, 2nd Lieutenants in the U.S. Air Force, are at Vance and Columbus Air Force Bases preparing for pilot training while the other graduate is getting ready to move to Belgium on a Fulbright Academic Scholarship? If you think that sounds intense, the remaining 11 members still attending the United States Air Force Academy must find time to practice while operating under this typical routine:

5. The only tour they’re going on will be a tour of duty.

In the Stairwell is competing against performers of all kinds – including singers, comics, magicians and contortionists, vying to be named the winner of Season 12 and headline a show on the Las Vegas Strip; but due to their military commitments they won’t be following in the footsteps of Carrot Top. As current and future Officers in the U.S. Air Force, the members will instead go on to serve in a variety of capacities, such as fighter pilots, foreign intelligence and cyber warfare officers. 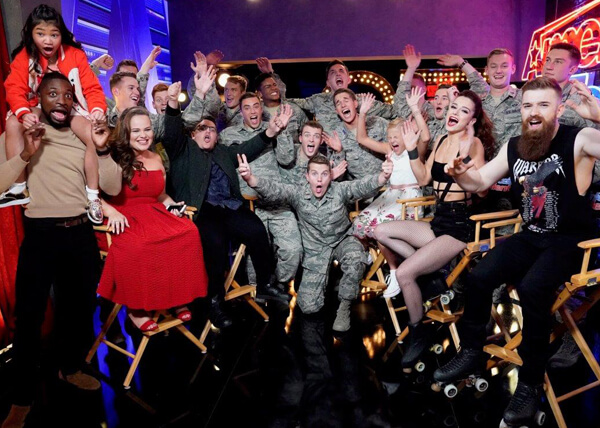 6. Their solo singer gave up music to join the military.

Soloist, Lt Ben Hightower, always had two dreams: to serve his country and to perform. He never expected the opportunity to do both. “When I came to the Academy I thought music was over for me; it was such a huge part of my life and I was very sad about it” said Hightower who has played multiple musical instruments and sang since childhood. Fortunately, his freshman year he discovered the A Cappella Club, one of 90 active clubs available to cadets at the United States Air Force Academy. 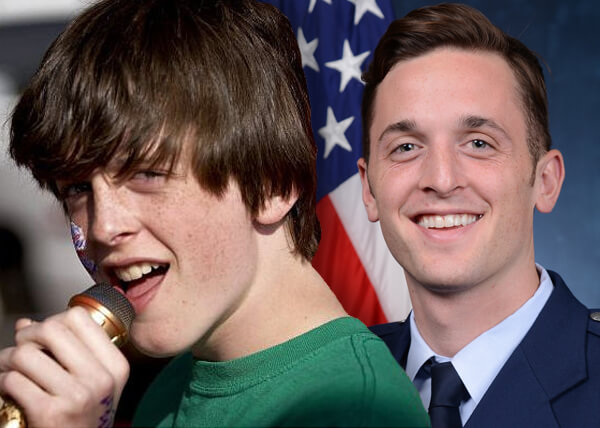 7. They may be warriors, but they know when to ask for help.

With only a couple episodes left this season, In the Stairwell needs your vote to move forward and win this battle. Their next live performance will be Tuesday, September 12. Plan your attack and support America’s future leaders by voting online or via Facebook; calling the toll-free telephone number displayed during the broadcast; or downloading the America’s Got Talent Official App.