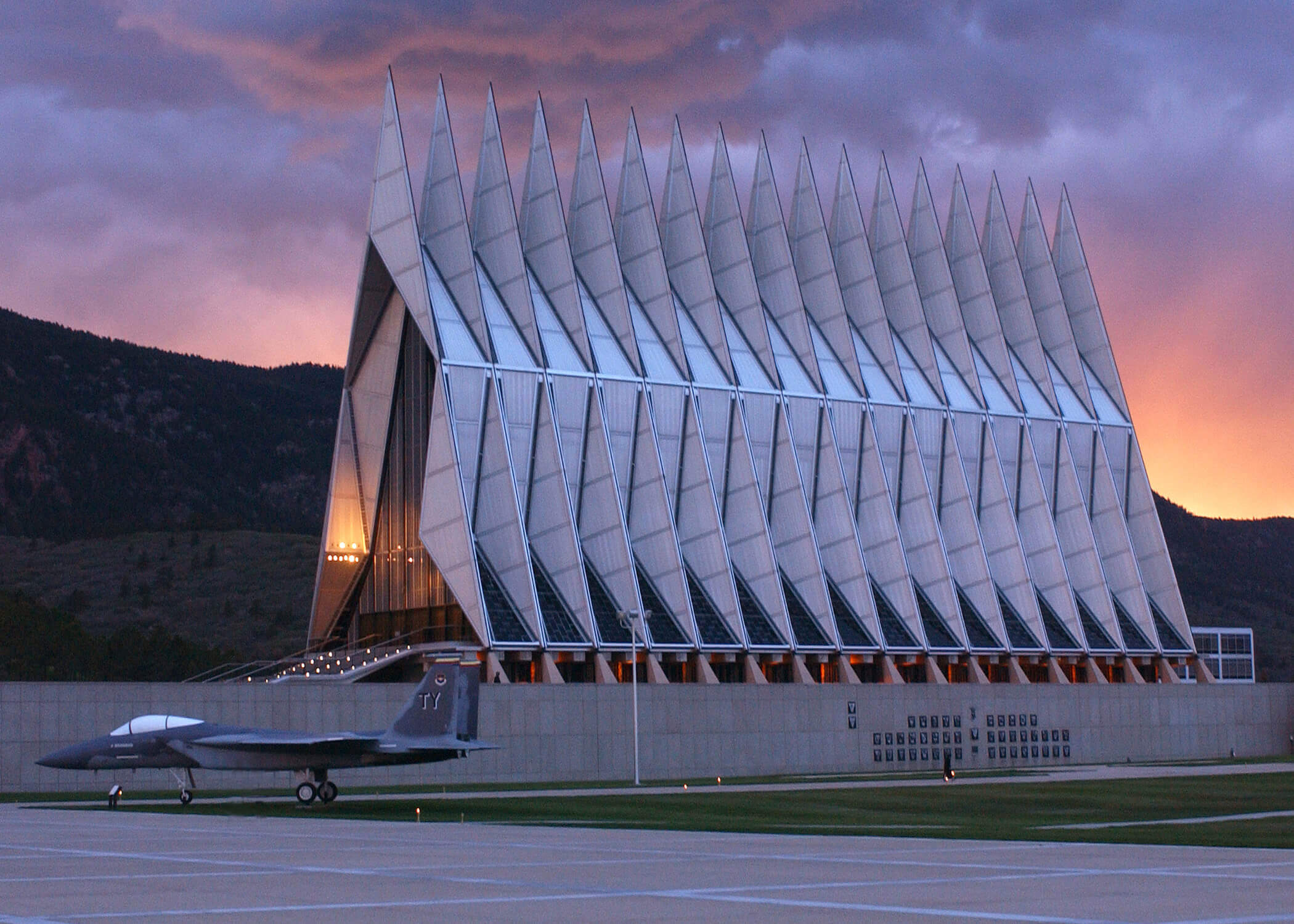 1.  The Cadet Chapel was designed to have 21 spires but due to budget constraints when construction began in 1959, its design was changed to include only 17.

3.  Volunteers from the Colorado Springs area give more 2,500 hours each year to educate visitors about the Cadet Chapel and the legacy of the Academy.

4 .  The Cadet Chapel can accommodate five religious services at once. The chapel’s three levels and separate entrances allow services to occur simultaneously.

Renovations on the Cadet Chapel are slated to begin Jan. 1, so you have the remainder of 2018 to see the top man-made tourist attraction in Colorado. The work is expected to take four years, but is essential to preserving this National Historic Landmark.