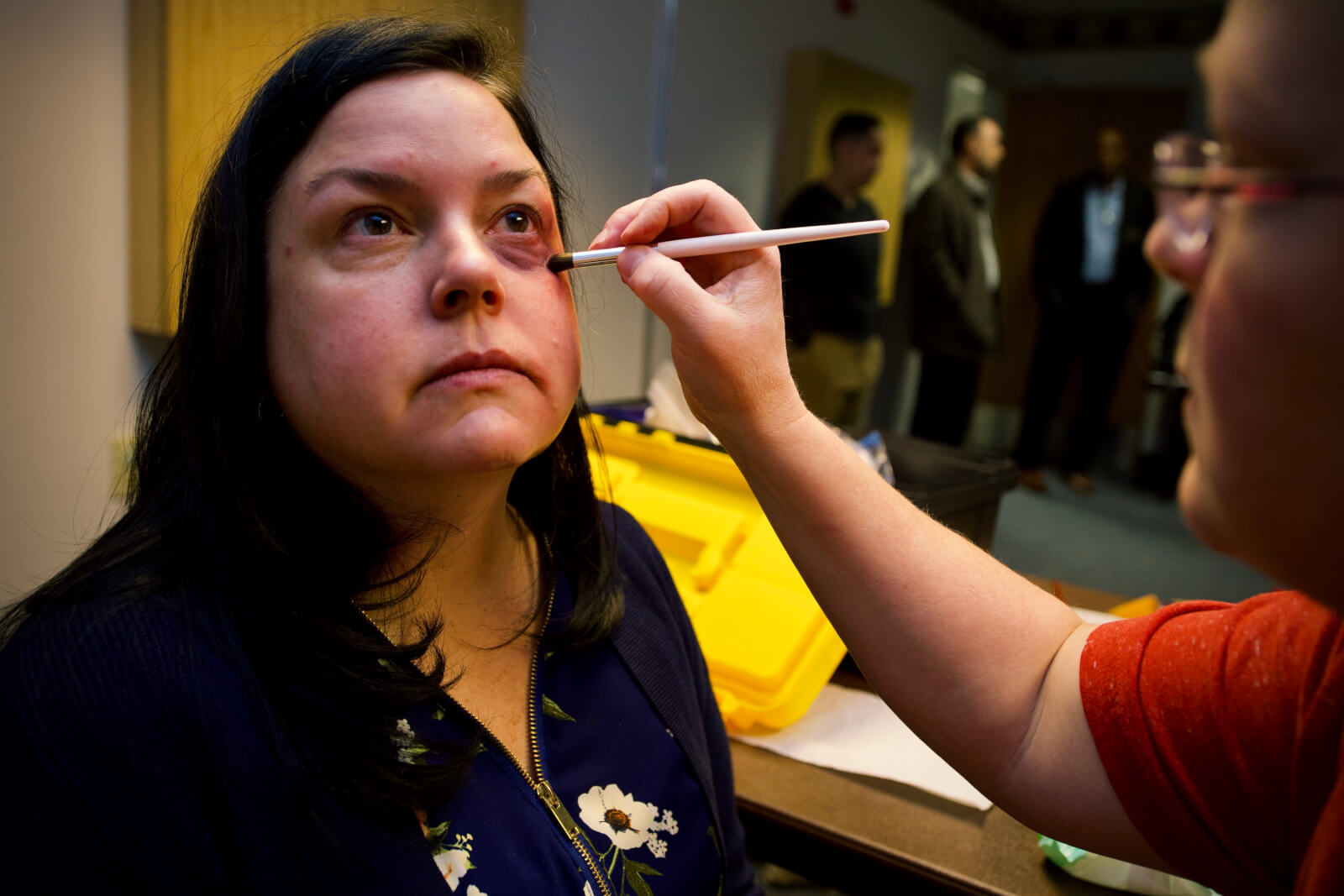 Civilian and military volunteers wore makeup to simulate abuse-related injuries on their faces and upper torsos. The volunteers worked a normal schedule in their duty areas and reported reactions to their injuries.

“I have had several people approach me after bystander prevention training [in the past] and say, ‘this is great, but is there a way we can get some hands-on training,’” said Megan Lee, 10th ABW violence prevention integrator. “This was an opportunity for them to practice asking some tough questions.”

Lee said the program teaches bystanders to respond by directly asking about possible abuse, delegating to another authority figure or creating a diversion if abuse is in progress. Ultimately, she said people should respond in a way that makes them safe and comfortable.

The actors initially told their coworkers their injuries were from altercations with their intimate partners. After gaging their response, the actors then presented their coworkers with cards that explained the exercise and provided contact information for violence prevention resources.

Staff Sgt. Adam Waters, who works for the Preparatory School, said about 50 percent of the people asked about his injuries. A larger number of women than men asked him about his injuries, which he attributed to the misconception that men are not often victims of domestic violence.

“I found that a lot of people didn’t take it very seriously or were hesitant to ask me details about my injury, either joking about it or even attributing it to a sports injury,” he said. “I also think there is an aspect of pride involved; I felt a little embarrassed to [suggest] that my spouse had abused me in a conversation with another man.”

Aside from gender, rank played a factor in bystanders’ responses. Senior Master Sgt. Candi Schneider, the 10th Force Support Squadron superintendent, said one service member who did not approach her during the exercise said she was afraid to be wrong about abuse when talking to a senior noncommissioned officer.

“As a survivor of domestic violence, I told her to ask, because you might be the only one who does,” Schneider said.

She said the exercise led to in-depth conversations that allowed her to share her experience with domestic assault in a previous relationship and scenarios she had encountered as a first sergeant.

The exercise created empathy and understanding of abuse survivors for the actors.

“I had several of the actors tell me that they were so happy to wash off their bruises at the end of the exercise while also coming to understand that real abuse victims don’t have that option,” Lee said.

The campaign was timed to coincide with Teen Dating Violence Awareness and Prevention Month. The goal of the awareness month is to help young people make healthy choices in their relationships. 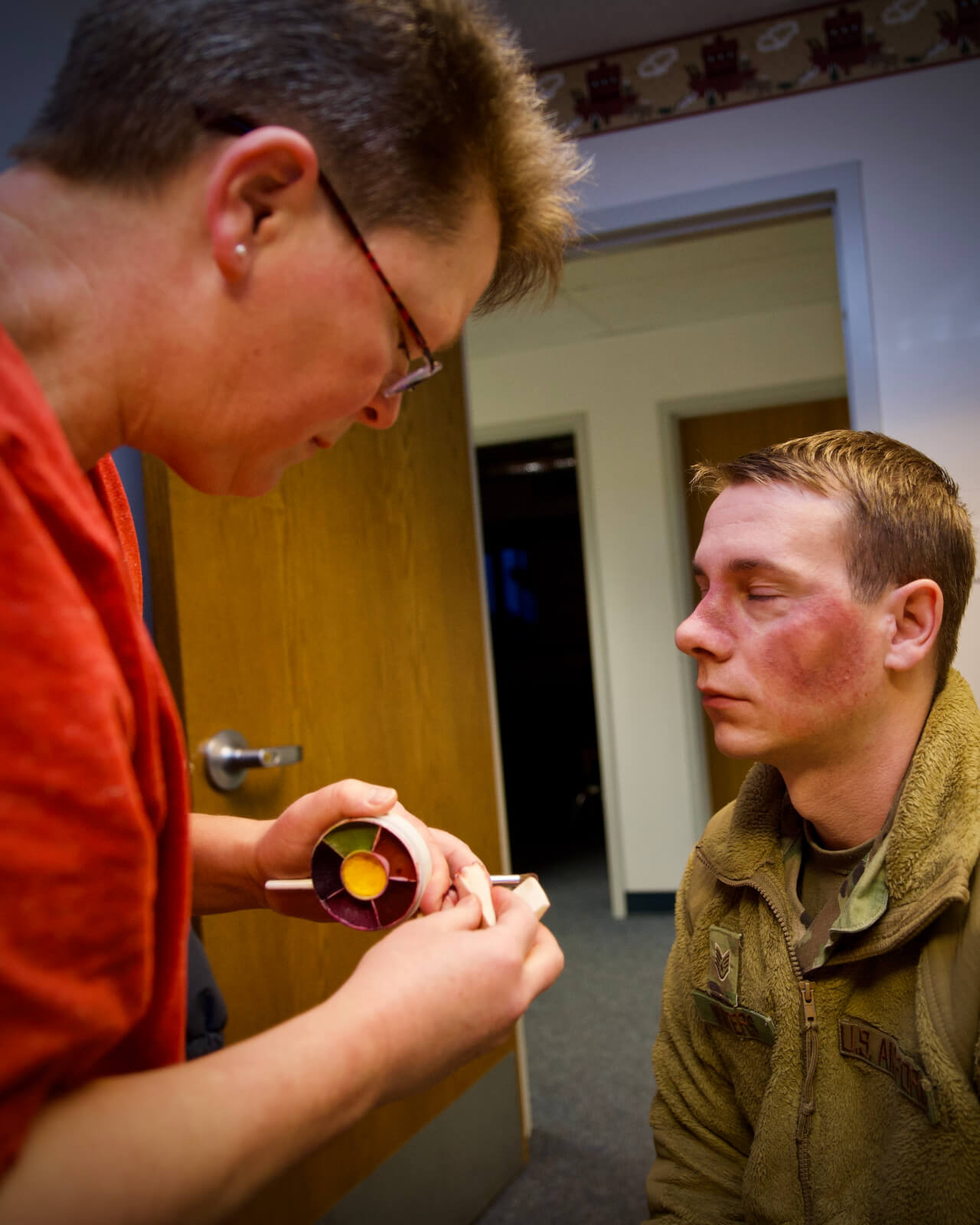