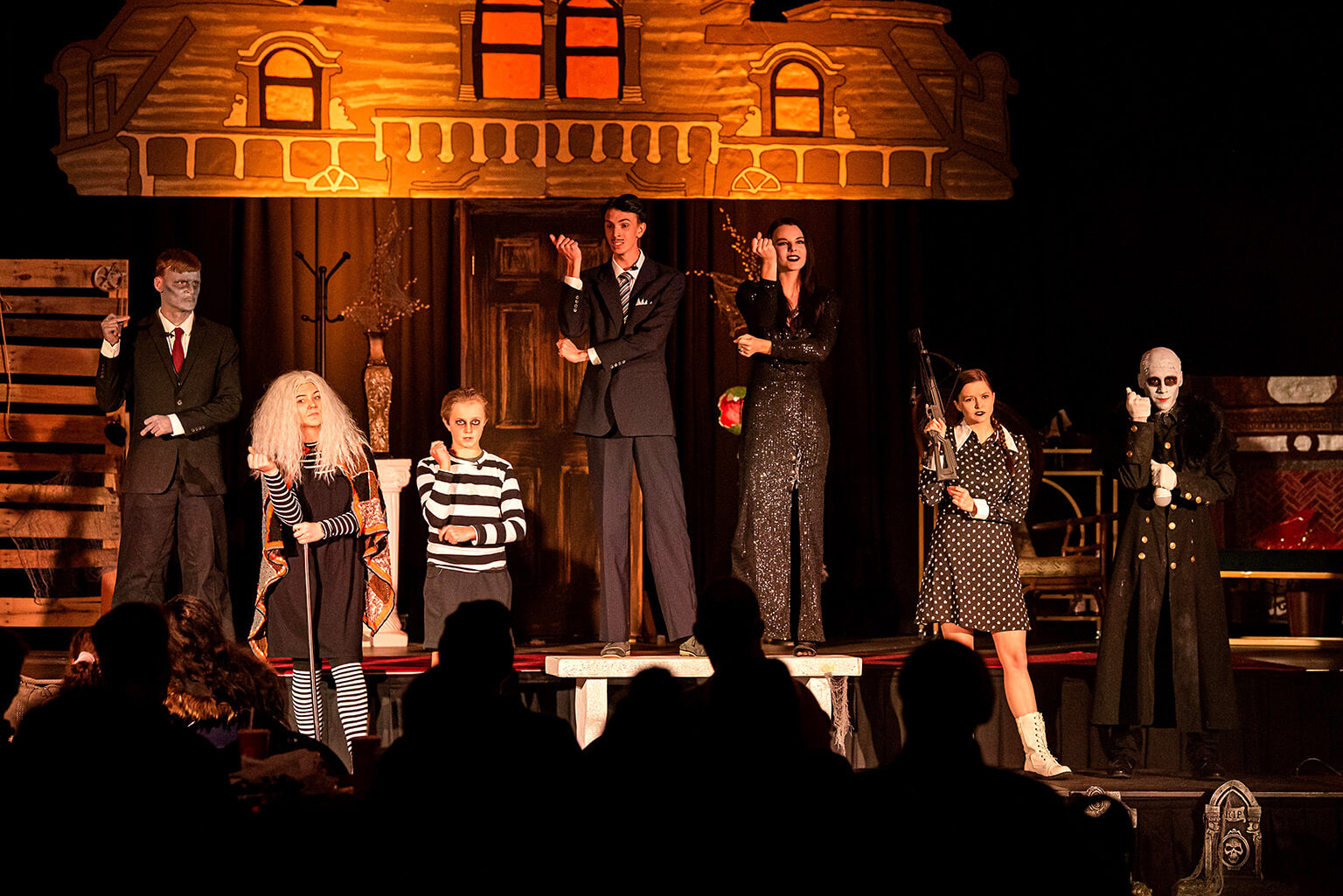 Creepy, kooky, mysterious, and spooky, “The Addams Family” has been delighting American readers and audiences for decades. In this musical adaptation, a teenaged Wednesday Addams sends her family into a tizzy when she invites her perfectly normal boyfriend and his parents over for a dinner party. Featuring an energetic musical score and a chorus of ghostly ancestors, “The Addams Family” was the perfect show to celebrate Halloween.

“Hours and hours of planning, choreography, and rehearsals have been put into this musical and I wouldn’t change a bit of it,” said Cadet 3rd Class Adrienne Weaver, Bluebards choreographer. “It’s been amazing to see every cast member develop skills and confidence onstage as they fully assumed their unique roles.”

“Watching our cast flourish into their characters and personally growing alongside them has been so exciting,” said Cadet 2nd Class Myriah Heydt, Bluebards director. “I’ve learned so much about myself and others through this experience and I’ve found a real family in Bluebards.” 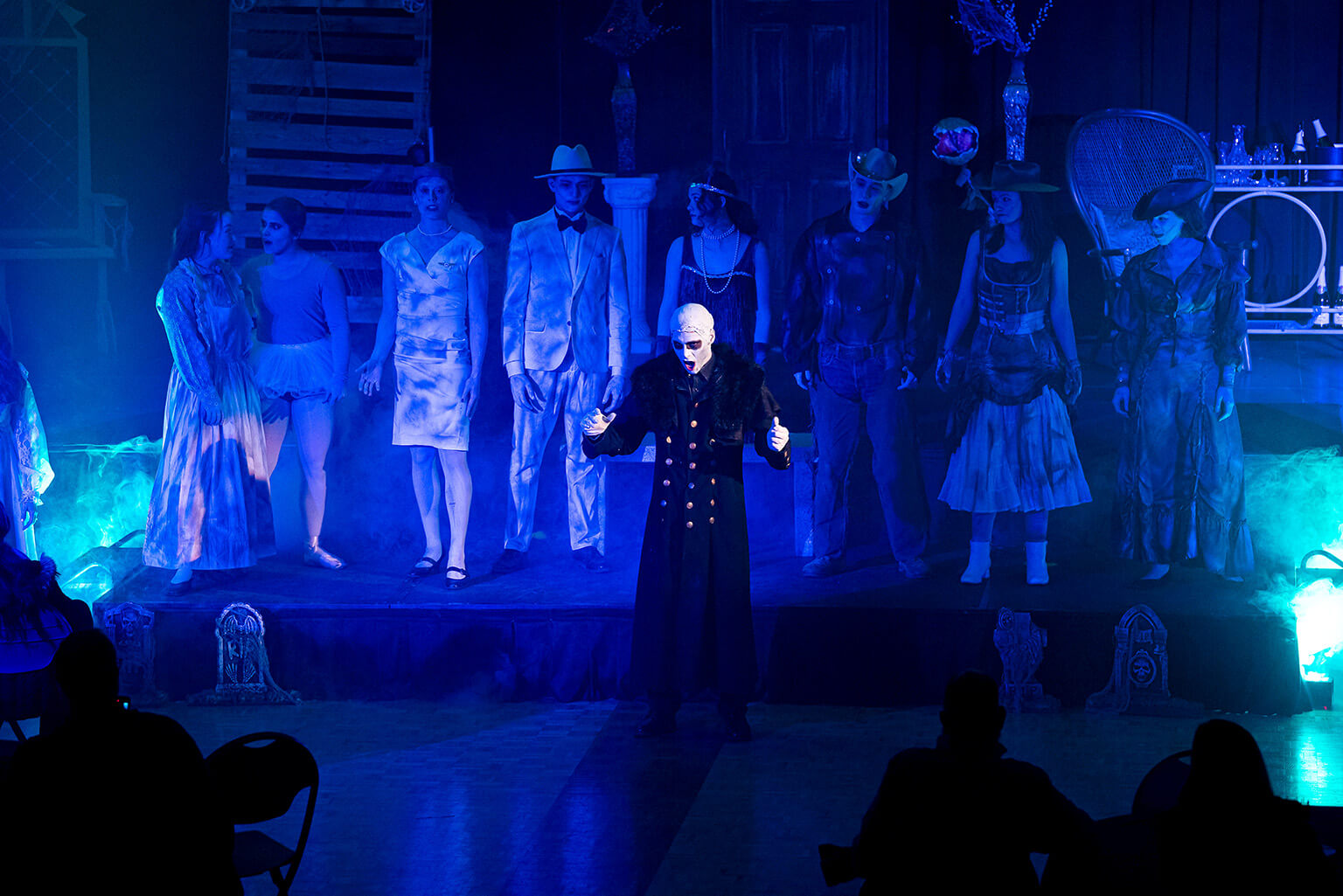 Cadet 3rd Class Hailey Routson, who played Wednesday Addams, said that the arts provide cadets an opportunity to get away from the military academy life and enjoy a performance meant to make them laugh or cry.

“The arts, particularly theatrical arts, allow us to step into somebody else’s shoes for a time and experience life through someone else’s perspective.” she said.

About 75% of cadets are involved in at least one of the Academy’s more than 90 active clubs. Clubs offer an opportunity for cadets to enhance their professional development by taking on additional leadership roles, manage personnel and financial resources, and learn administrative and logistics skills.

Bluebards dates back to the 1960s and produces two to three musicals or plays annually, featuring 20 to 35 cadet actors and technical crew. For the spring musical, Bluebards will perform Disney’s “Beauty and the Beast.”

See more photos of “The Addams Family” on Flickr. 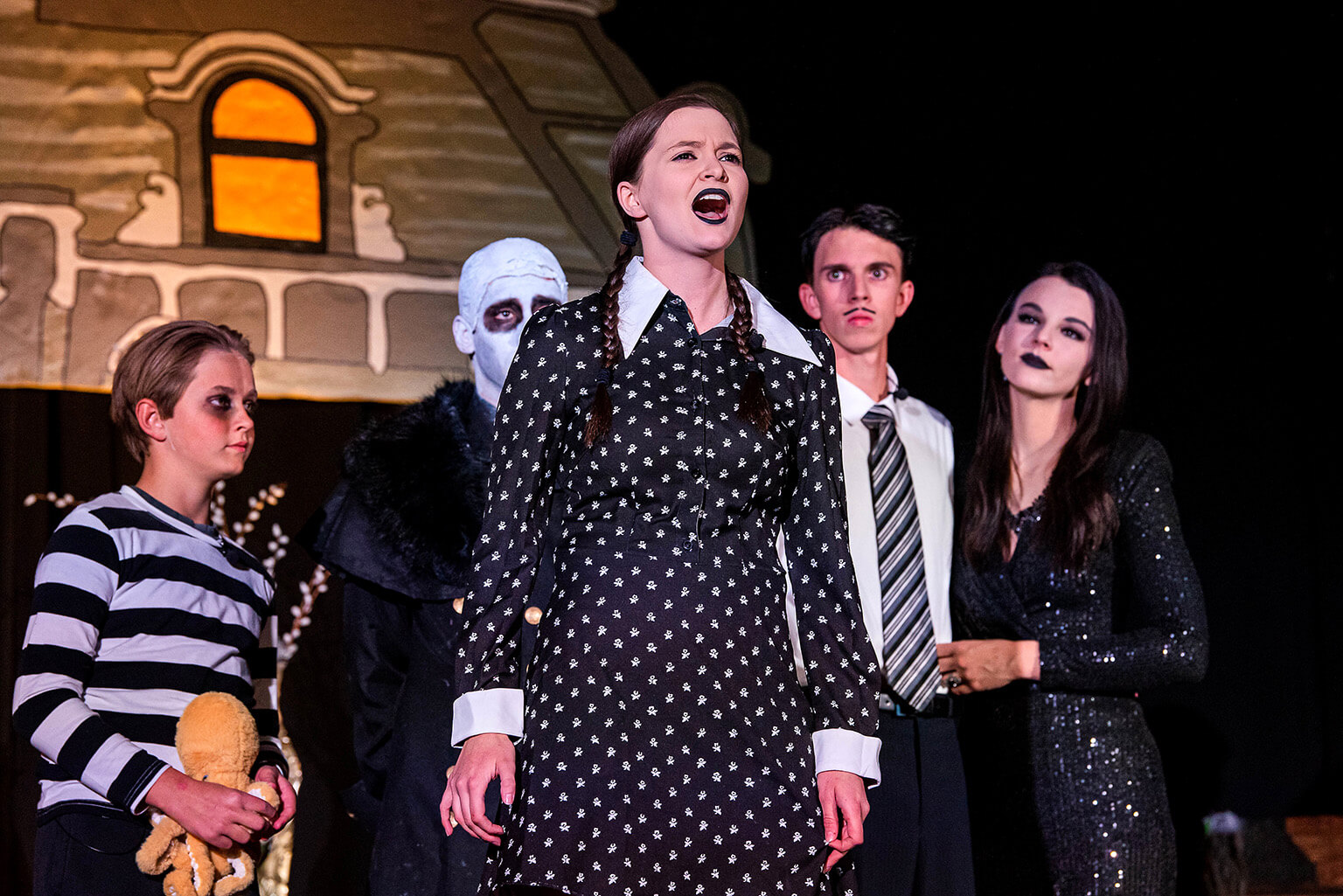 Book by MARSHALL BRICKMAN and RICK ELICE. Music and Lyrics by ANDREW LIPPA

THE ADDAMS FAMILY: A NEW MUSICAL is presented through special arrangement and all authorized performance materials are supplied by Theatrical Rights Worldwide 1180 Avenue of the Americas, Suite 640, New York, NY 10036. www.theatricalrights.com