FOR WOMEN AND MINORITIES 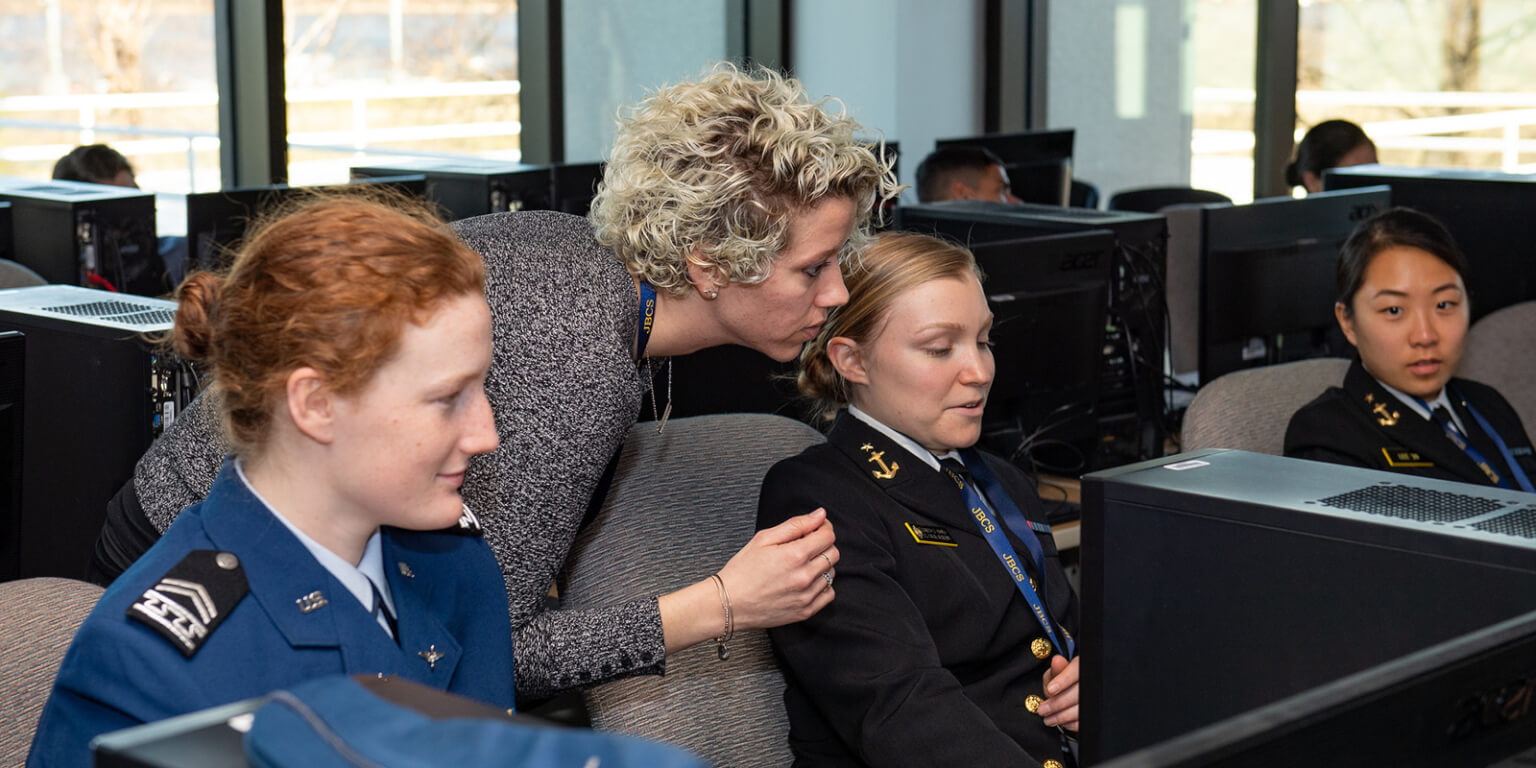 Hosted by the Department of Computer and Cyber Sciences at the U.S. Air Force Academy, the Jean Bartik Computing Symposium brings women and underrepresented minorities from computing disciplines at the service academies together with their computing professional counterparts in the military, government, and industry. This 2-day event seeks to promote fellowship among women and minorities in computing majors at the service academies and provide technical training through interactive workshops that will make them competitive for their future careers in service to the Nation.

The Jean Bartik Computing Symposium affords an inspiring yet technically grounded experience for the service academy cadets and midshipmen, who in turn will gain confidence, knowledge, and motivation to serve and excel as future computing leaders. The effort aligns with the U.S. Air Force Academy’s talent management priorities, creating leaders of character, and helps promote a Joint mindset amongst the different service academies. Conference components include:

Research Presentations by Students and Junior Officers
Six to eight students from the service academies and two recent graduates will present computing research that they have completed as part of undergraduate research experiences or during their time in the operational force. Participants will have an opportunity to be inspired by the work of their peers, and vote for their favorite presentation.

Computer Science holds the dubious distinction of being the only STEM major where the representation of women has dropped in the last thirty years. According to the National Center for Educational Statistics, the percentage of women Bachelor’s degree recipients in computing dropped from a high of 37.1% in 1983 to 27.7% in 2000, to 17.6% in 2011. Fortunately, from 2011 to 2018 there has been growth to 20.7%, although this improvement is still very modest. The latest CRA Taulbee Survey indicates that only 7.1% and 12.7% of PhD and Master’s degrees in computer science in 2021 went to U.S. women. The statistics are worse for underrepresented minorities in the US, who earned roughly 3.6% and 4.8% of the PhD and
Master’s degrees in computer science awarded in 2021. While these statistics have risen over recent years, indicating that efforts such as JBCS may be having a positive impact, it stills highlights a startling underrepresentation of U.S. women and U.S. minorities in computer science.

These statistics are extremely concerning, especially for government organizations interested in recruiting and retaining individuals who can work on projects of national interest. The lack of U.S. women and minorities in computing is no longer just a diversity problem, but one of national security. As stated by Col Lonnie Garris III (USAF retired), “The tech industry and the government (writ large) need greater investment in this homegrown talent pool not only because it is right but also because they represent a pool of STEM-trained American citizens eligible for national security positions.” There is also a need to foster community and retention of women and minorities in computing at the service academies. The population is unique and represents an ideal set of candidates for future projects in national security.

To this end, the Jean Bartik Computing Symposium (JBCS) was established in 2019. The symposium is named after Jean Bartik, a pioneer of early computing and Army computing. Due to her status as a woman, she did not receive recognition for her important contributions until near the end of her life. This symposium seeks to highlight the contributions of those in government and military computing that are not usually recognized and help us celebrate our rich history.

The principle objectives of JBCS include: a.) promote fellowship amongst the women and minorities in computing at the different service academies; b.) offer meaningful workshops and sessions that will promote their advancement into military and government professions of their choice; and c.) make it easier for the military and government to identify promising young candidates for computing opportunities at their organizations. The next symposium will be held at the U.S. Air Force Academy on February 2-3, 2023 and is being co-organized by computing faculty from the U.S. Military Academy, the U.S. Naval Academy, the U.S. Coast Guard Academy, and the U.S. Air Force Academy. The symposium features speakers from government (including recent graduates) and includes highly interactive workshops. The symposium will build community and technical competence and confidence through mentorship and frank discussions.