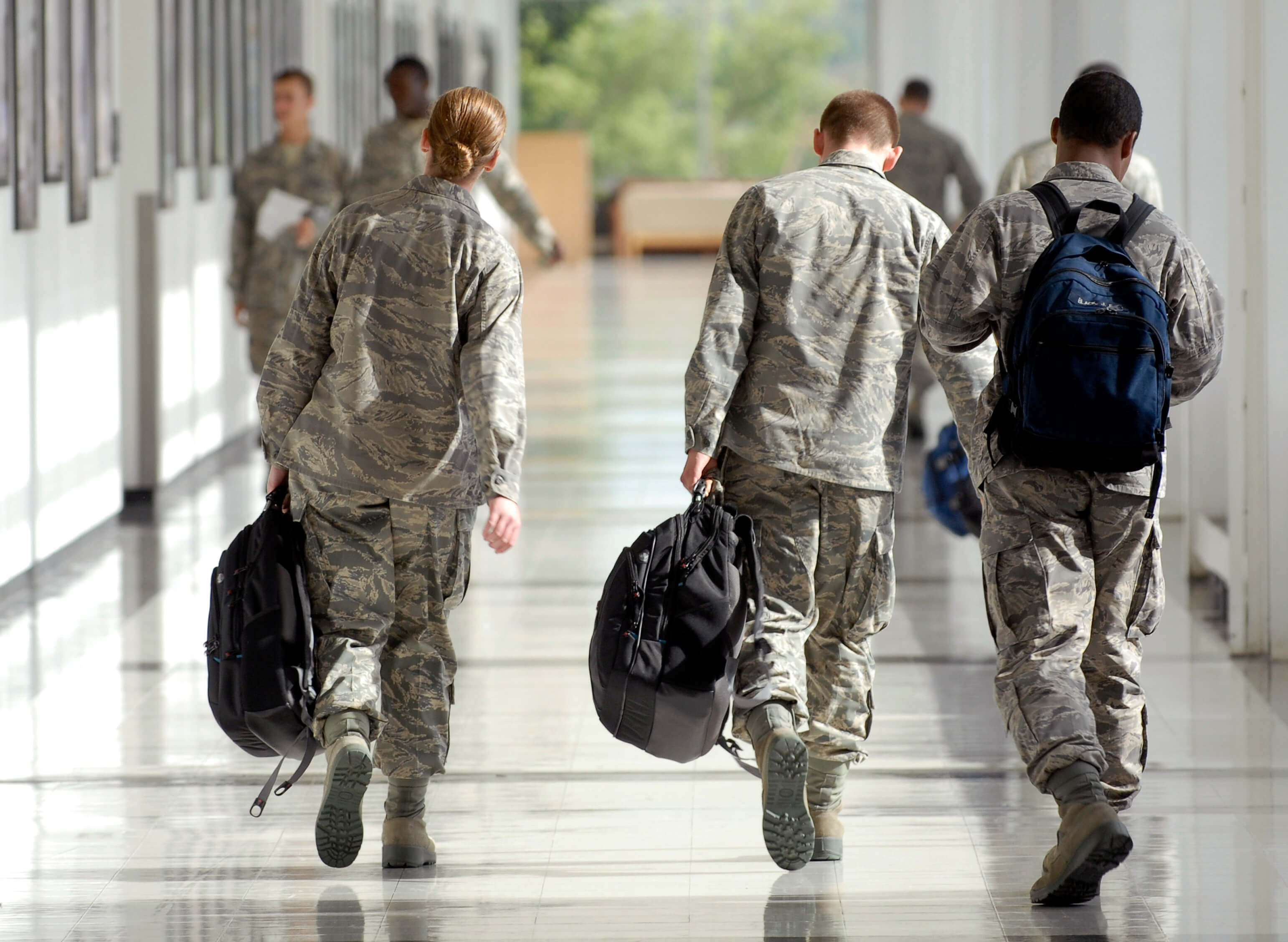 If they’re under 30, they were all students in a military and strategic studies class.

It’s not just pilots who say they’ve benefited from these studies — its officers in more than 150 career fields across the Air Force.

“The Academy’s Military and Strategic Studies department educates future Air Force officers in concepts of military strategy, contemporary operations and the integration of air, space and cyberspace power,” said Dr. John Farquhar, an Associate Professor of Military and Strategic Studies with a doctorate in American military history and a master’s in U.S. diplomatic history.

“We prepare officers for conflict resolution, the military aspects of international relations and for warfare,” he said. “In short, we discuss current events and the military’s role in providing our national leadership with policy options as well as discussing the military dimensions of the Air Force.”

Farquhar is pleased the course work is part-and-parcel of the Academy’s core curriculum.

“These studies directly relate to that mission and develop the identity of Air Force officers as servants of our nation and defenders of our way of life,” he said.

Teaching from a Strategic Lens

“It shapes how cadets view the operational and technical aspects of our careers,” he said. “It’s given me a lot of insight into what is important and what the military prioritizes.”

The “highlight” of Marron’s MSS studies experience was creating an international wargame for his senior capstone project.  This wargame has been integrated into the MSS core course, “Airpower and Joint Operations Strategy.” It is the synthesizing event where cadets link theories and concepts learned throughout the course to innovative future operational planning and execution. They create strategies and plans to employ in the scenario and continuously evaluate their strategies based on their opponent’s actions, he said.

Marron said the curriculum teaches cadets to view their Air Force specialties and DOD planning and tactics from a strategic lens.

“Every officer should look at the strategic goals of their organization and create their own policy with that in mind,” he said.

“Having the MSS degree has given me a better understanding of the ‘why,’ he said. “I can better relay to my [security forces] the strategic reasons and importance of what they do. I’m extremely happy I majored in MSS and believe it’s one of the more undervalued majors offered at the Academy.”

Lowrie, a 2009 graduate, is an F-35 instructor at the USAF Weapons School at Nellis Air Force Base.

“An MSS degree goes a long way in building a solid foundation and understanding of military operations and strategy,” he said. “I apply many of the concepts discussed on a daily basis in class during large mission planning cells, during integration with joint and coalition partners, and in the development of new tactics and strategy. The MSS major yields a number of opportunities cadets will later leverage as officers.”

For cadets ambivalent about MSS and how critical it will be to their future careers, Farquhar said that once they graduate, they’ll be at the “tip of the spear.”

“I’d tell them, ‘by wearing the uniform, you are already considered a combatant by our enemies,” he said. “You’re already a volunteer to defend our country. You may not see it now, but in a very short while, you will be living it daily.’”

Farquhar should know. He’s a 1980 graduate of the Academy and former RC-135 reconnaissance aircraft navigator with almost 5,000 hours of flight time under his belt.

“No one guarantees victory in war,” he said. “It’s our duty to be prepared. Our country expects us to be the best.”

Farquhar’s excited about the department’s lean toward innovation, especially the planned cadet battlelab-next, a key research and learning laboratory of the department’s Center for Airpower Studies.

“We’re in the process of designing and constructing a cool combined flight simulator and an air operations center that will integrate aircraft simulators and remotely piloted aircraft with airborne warning and control systems and air operations center command and control functions,” he said. “It will give cadets an excellent introduction to the operational air force in both the tactical and operational sense, which in turn will inform the strategic level taught in our classrooms.”

The future of the department is “bright,” Farquhar said.

“We have an engaged, effective and enthusiastic faculty,” he said. “We have excellent forward-thinking senior leadership and outstanding cadets who enjoy their courses and comradeship.”

“We want our MSS Majors — our Warrior-Scholars — to explore the integration of military capabilities with other instruments of national power to address our national security issues,” he said. “We engage, inspire, and empower our cadets. Utilizing the context of real-world problems brings relevance to class discussions; our cadets actively engage with strategic theories and frameworks and apply them to current military problems to reinforce learning.

Kaczmarczyk said the department’s faculty and staff works to inspire cadets and empower them to take responsibility for their learning.

“Our goal is to have cadets excited about the material, who want to explore the topics, are critical thinkers, and want to become life-long learners,” he said. “Their excitement drives their learning.”

Col. Thomas Swaim was confirmed as permanent professor and head of the MSS department in October 2018.

“We build warriors for our nation, plain and simple,” he said.  “This department is all about partnering with our future leaders as they learn to be lethal military problem solvers. It’s critical our graduates be familiar with the historical and theoretical context of military strategy and operations, know the political-military framework in which they’ll serve our nation, and have a very comprehensive understanding of the joint air, space, and cyberspace warfighting instruments and processes that they’ll use to counter enemies and problems that we can’t even yet imagine.” 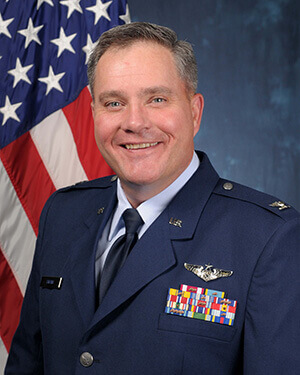 Col. Tom Swaim, head of the Military and Strategic Studies department at the Air Force Academy.